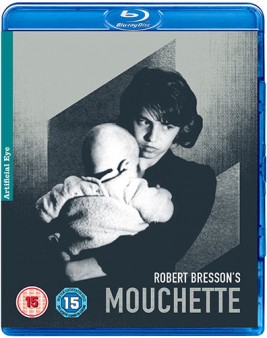 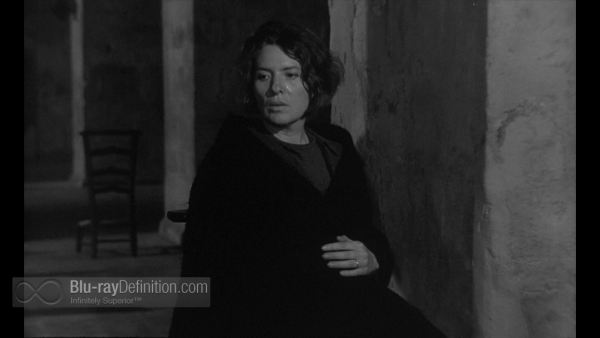 Robert Bresson’s 1967 film Mouchette is a darkly woven slice-of-life tale surrounding a young fourteen-year-old girl, the Mouchette (Nadine Nortier) of the title and the grim circumstances she finds herself in.

Set in a rural French village of the 1960s that seems stuck in a post-war time loop, Mouchette finds herself an outcast, quietly suffering insult from her classmates and the townsfolk. Her mother (Marie Cardinal) lay dying in bed at home while her father (Paul Hebert) is a tosspot who doesn’t seem much interested in her life. Mouchette’s life takes a darker turn when she cuts through the woods after school during a rainstorm and runs into local poacher Arsene (Jean-Claude Guilbert). Arsene allows Mouchette to stay in his out-of-the-way cabin overnight, but the drunken scofflaw ends up forcing himself on the young girl sexually during the night. Soon Mouchette is embroiled in a murderous coverup involving Arsene as well, when the poacher kills a local gamekeeper. These unbelievable circumstances seem to have a hardening effect on the quiet Mouchette who grows more emboldened and defiant in the face of criticism from the townsfolk and her own dire domestic circumstances.

Based on a novel by Georges Bernanos, Bresson’s film is starkly filmed and cast with a group of mostly amateur actors who do their utmost to put across a realism in their characters, especially young Nortier whose internalized pain seeps out of every pore. The film’s stark production did not leave it wanting for visual beauty, however, and these things together garnered it nods from the French Syndicate of Cinema Critics (Best Film/1968) in a tie with Luis Bunuel’s Belle de Jour and a nomination for the Palme d’Or. 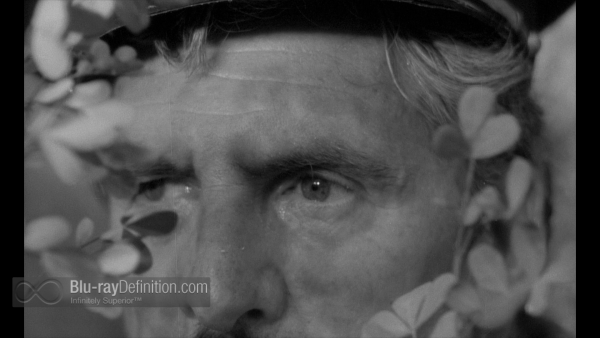 Mouchette is given a filmic AVC/MPEG-4 1080p encodement on Blu-ray from Artificial Eye. Its black and white photography comes across well with good contrast and a natural layer of grain. It could look just a little bit brighter in the whites and darker in the blacks, and tramlines are an issue throughout, but generally it is a pleasing image. 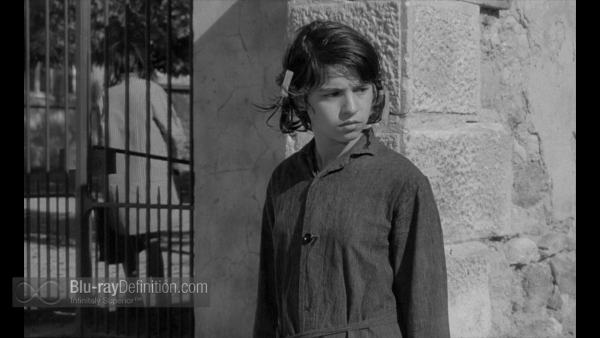 The monaural French soundtrack is provided in LPCM 2.0 (48kHz/24-bit). It’s a little boxy and lacks dynamic range, but for this mostly dialogue-driven soundtrack. 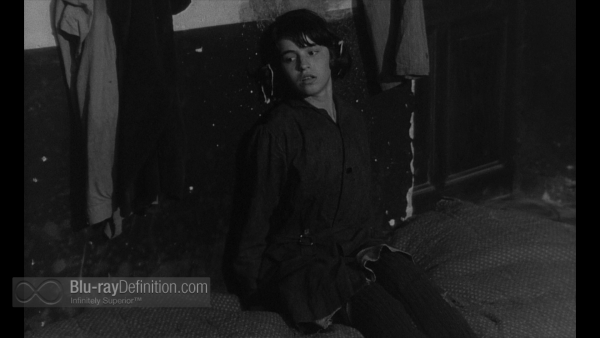 We get this brief archival documentary on the director. 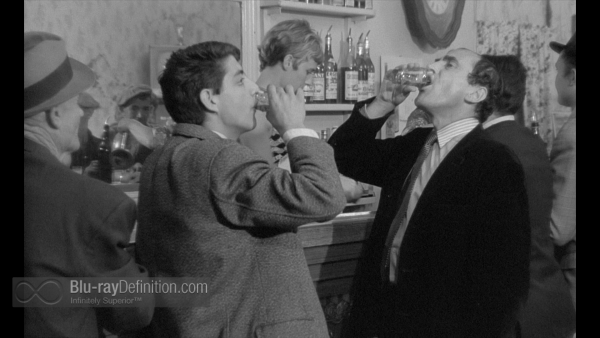 A brilliant and grim film about a young girl thrown into an adult existence at far too early an age, Mouchette is one of those must-see films of the World Cinema canon that Artificial Eye is so wonderful about providing for cinephiles on Blu-ray. 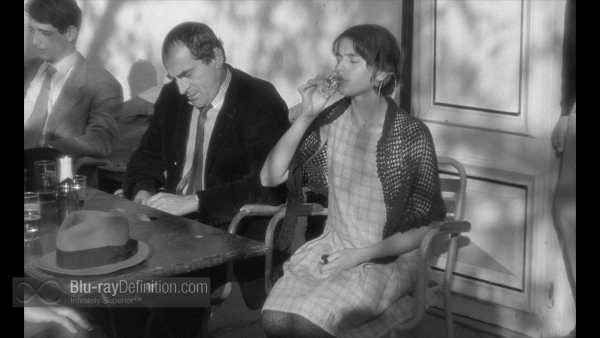 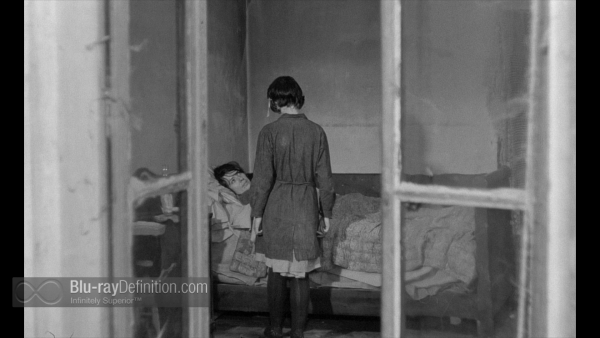 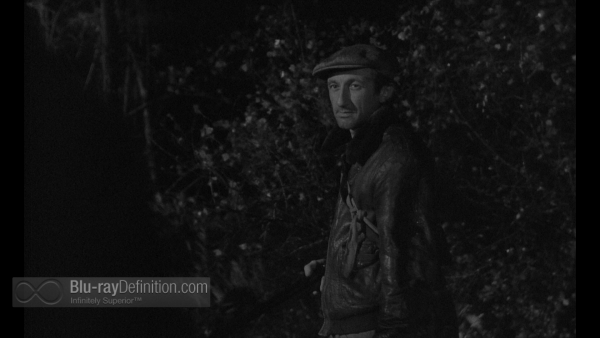 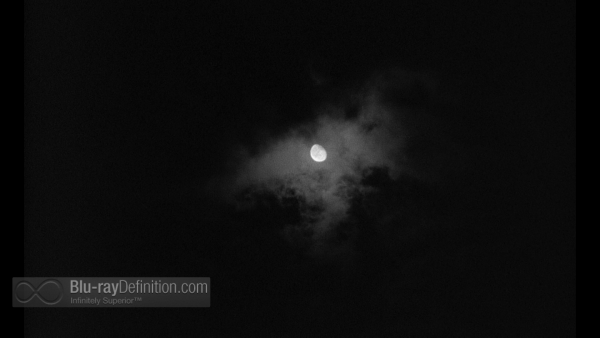 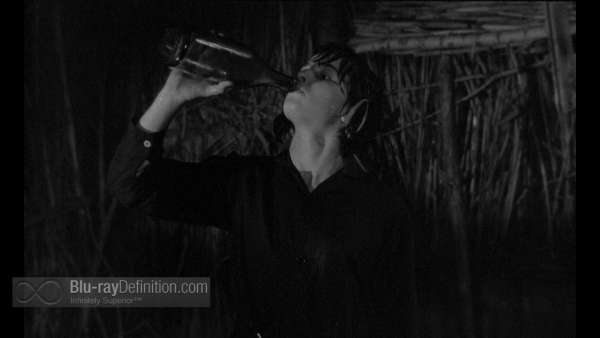 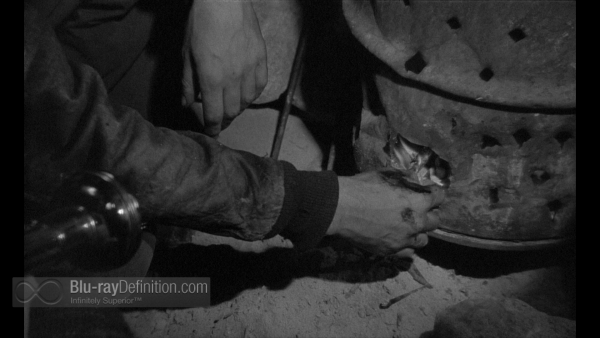 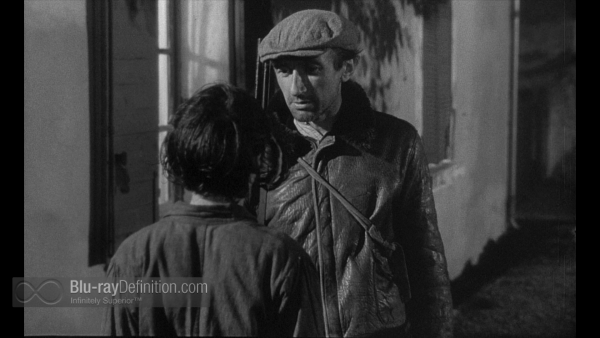 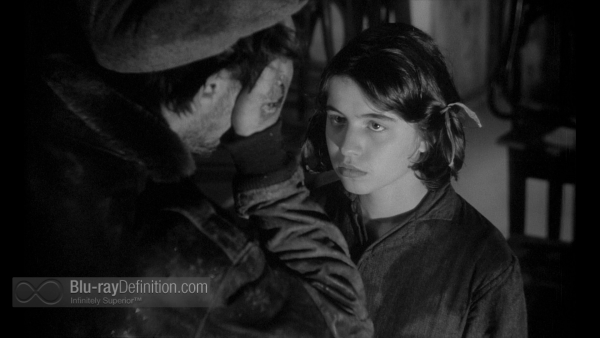 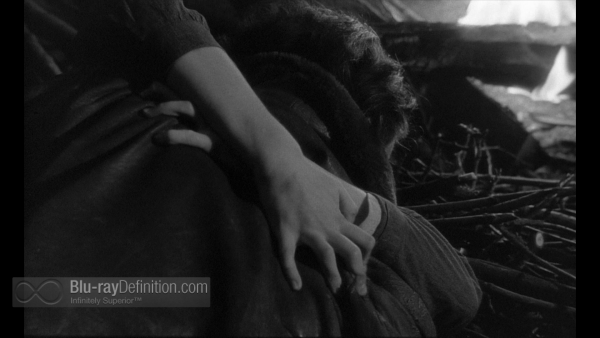 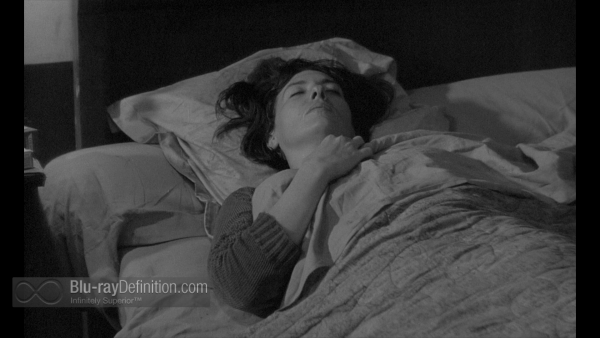