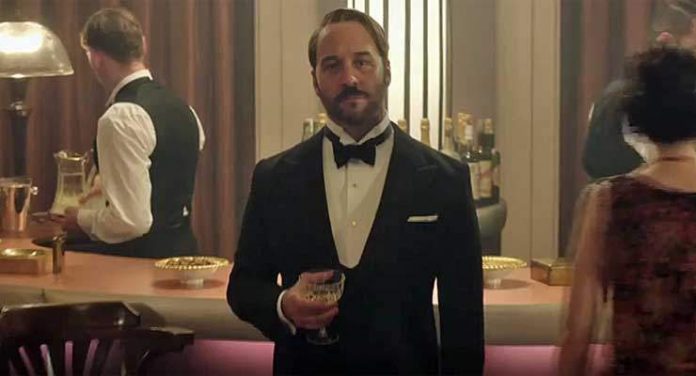 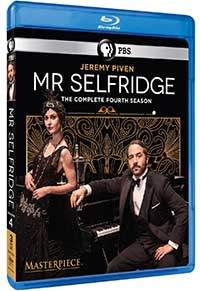 This series about real-life, early twentieth century retail magnate Harry Selfridge (portrayed by Jeremy Piven) comes to a close in this fourth season. Selfridge’s life is no secret and can be read about in numerous biographies and on Wikipedia, so the series’ final season and this review is probably no major spoiler, but I’ll avoid dropping as many as I can. Season 4 picks up nine years later and Harry is now

one of the wealthiest men in the world, but he is now spending money like it grows on trees. The writers do bring in two new real-life characters for the season, the Dolly Sisters, who were in fact to the roaring ‘20s what the Kardashians are to today. And they burned through millions in Selfridge’s money, what would in today’s dollars be about $250 million. Harry also finds himself in major debt due to his gambling and unwise business decisions, putting both his personal life and the store in jeopardy.

As I said, I can’t say I was shocked by this season’s finale, although I think it was just slightly historically inaccurate, but as final seasons go, this final season of Mr Selfridge should be pleasing for fans who have followed it. It wraps up most of the storylines and brings a balance of both sadness (one of the longtime characters is struck with a major illness), tragedy (someone is killed), and joy (someone finds professional and personal fulfillment). While this series never really dazzled me like Downton Abbey, it was always very well acted, written, and filmed.

Mr Selfridge was shot in HD on the Arri Alexa Plus and brought to Blu-ray in a solid AVC 1080p encodement from PBS, that has good detail and is free from excessive video noise. We can really see the luxuriant set designs in the Selfridges showrooms and the patterns on costumes and so forth. Colors look lifelike and contrast is strong.

As with the previous three seasons, season 4 comes with an English DTS-HD Master Audio 2.0 stereo mix of the

soundtrack. It would have been nice to hear the bustle of the London streets or the swing of of the Dixieland jazz band in 5.1, but the stereo is surprisingly good with a natural ambience and good stereo panning. Dialogue is also clear and intelligible.

While the featurette The Rise and Fall of Harry Selfridge offers a bit of information on the real-life character, it’s nothing the series didn’t cover and the rest of the extras are basic, EPK-type materials that aren’t necessary viewing.

“The Baron of Oxford Street” bows out with a fine last season that will please fans with fulfilling endings to this four season story arc. As always, the production level was high in the season. The Blu-ray release feels a little light with the basic extras.