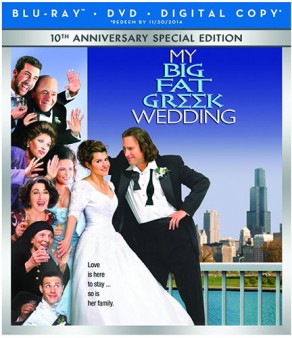 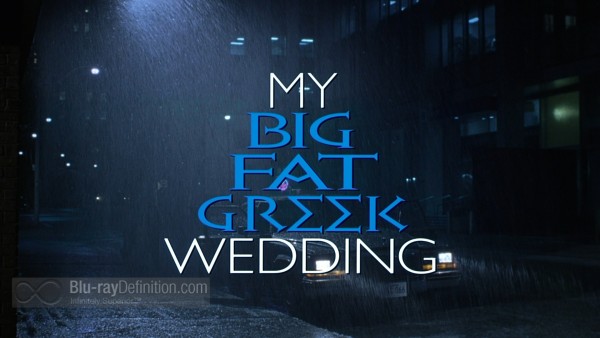 As Nia Vardalos tells it, she was too ethnically indistinct to make it in Hollywood, or so casting directors and agents told her. She was a dark female and looked “ethnic,” but she wasn’t Asian, Latina, Italian, or black, so they didn’t know what to do with her. So that’s when she decided to start writing what she did know about – being Greek. Thus was born the screenplay for My Big Fat Greek Wedding, the semi-autobiographical trials and tribulations of growing up in a family of Greek immigrants. Of course, since no one wanted to do anything with the screenplay either, Ms. Vardalos took her stories and turned them into a one woman show, and that’s when Tom Hanks and his wife came across it and decided it should be a film.

My Big Fat Greek Wedding follows the plain, single, 30-year-old Toula Portokalas (Vardalos), daughter of Greek immigrants who are pressuring her to marry a good Greek boy, settle down, and make lots of Greek babies. But Toula just wishes she were happier, prettier, and do something better with her life than work in her family’s diner. That’s when she spots the tall, gorgeous Ian (John Corbett) eating in her diner and freezes. Toula decides to makes some changes to her life. She goes to the local college and takes a computer course, slowly gaining the confidence not only to makeover the way she looks, but to change her outlook and attitude. That’s when she attracts the attention of the very man she was crushing on, Ian. Being that he’s not Greek, however, their growing relationship, she feels, just might be more trouble than she can handle if her family finds out. Ian woos her anyway, even after her family finds out, and her father adamantly opposes it. When Ian asks her to marry him, it sends her family into a frenzy, and Toula ends up worrying how she and Ian will survive the planning of her big, fat, Greek wedding.

America is a country of immigrants, therefore what makes My Big Fat Greek Wedding amusing is not that Vardalos is making fun of Greeks, per se, it is that she is telling a story that so many of us can relate to. After all, how many of us do not have weird family members or know family or friends from other parts of the world that can sometimes be just a little bit embarrassing, but that we love all the same? At the heart of all of this comedy is a typical romance of a wallflower who finds her Prince Charming, and that’s a story that is also rather universal and one everyone wants to believe in as well. 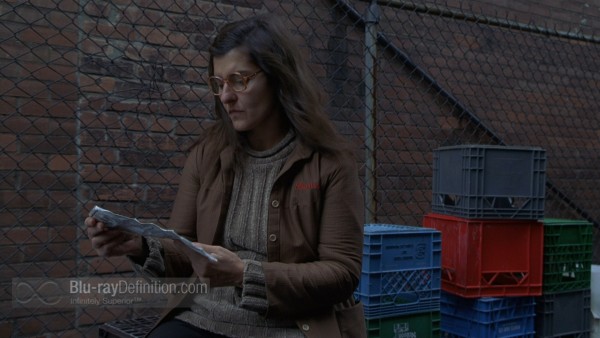 My Big Fat Greek Wedding comes to Blu-ray looking as if the minimal effort has been put into bringing it to the HD format. For a film that is only 10-years-old, I’m sure it could look a bit better than it does here. That said, there is quite a bit of softness, dark areas can get a bit washed out at times, and there are hints of scratches and specks of dirt that show up from time to time. Apart from that, the image does look natural and close-ups retain good detail, but distance shots are often lacking in much texture. 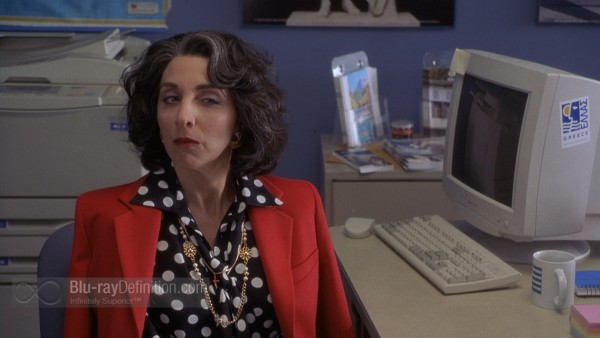 The DTS-HD Master Audio 5.1 soundtrack doesn’t have much going on at all. While the Greek-inspired folk score has a nice spread across the front, the surround channels carry a very low level of ambience and the overall sound is rather thin with little low frequencies. Dialogue is thankfully clear. 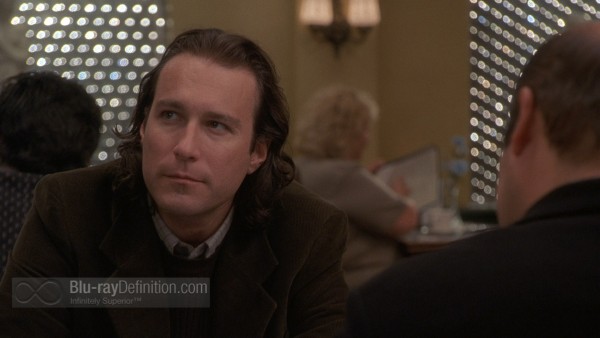 Everything offered here is ported over except a new half-hour featurette with Nia Vardalos and John Corbett. 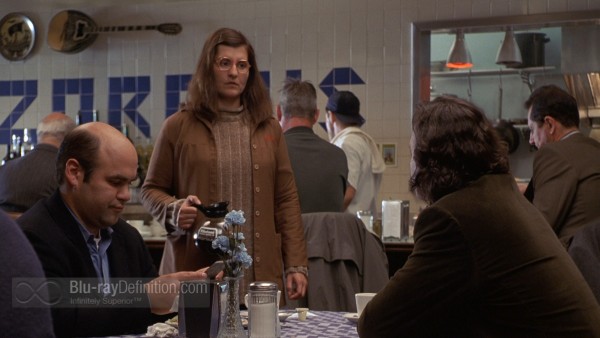 My Big Fat Greek Wedding has gone on to become the biggest grossing independent film of all time, the third best-selling comedy of video (VHS and DVD combined) and fifth best-selling comedy on DVD. It’s ready to make its mark on Blu-ray and I’m quite sure there’s an audience out there ready for it. 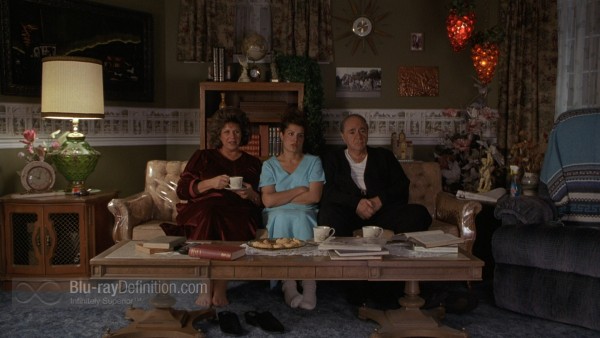 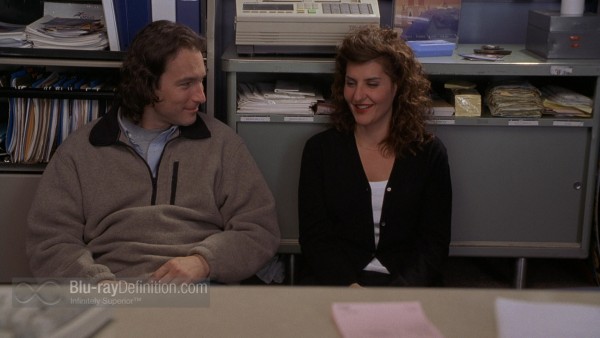 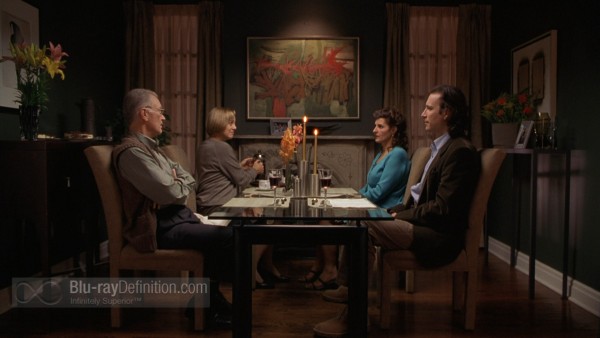 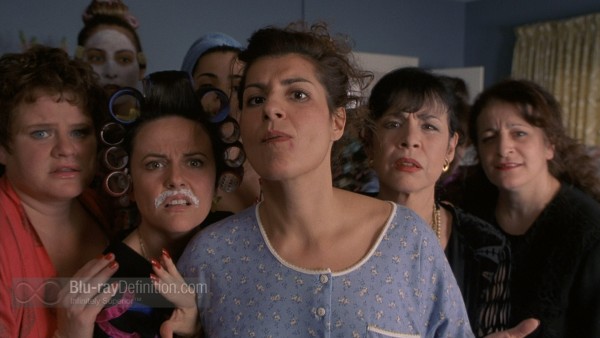 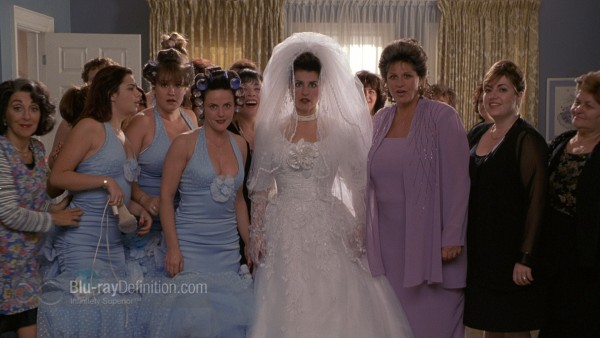 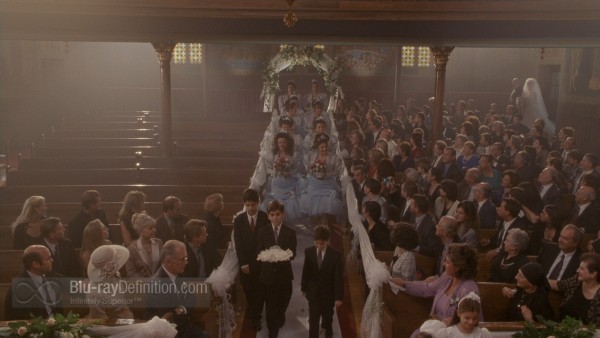 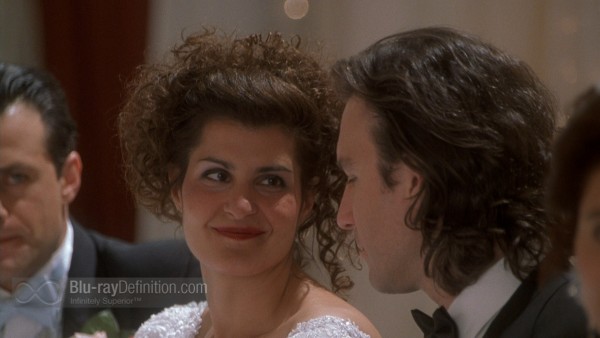