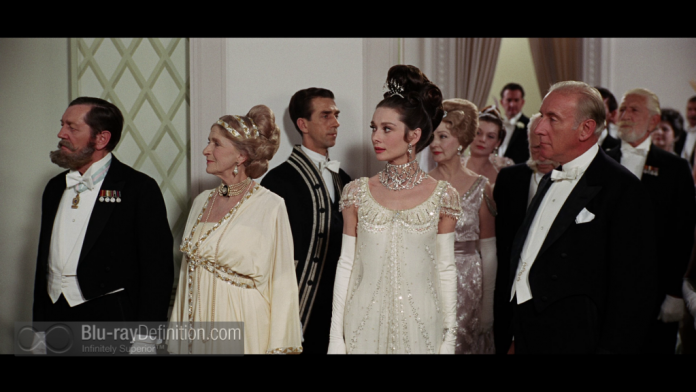 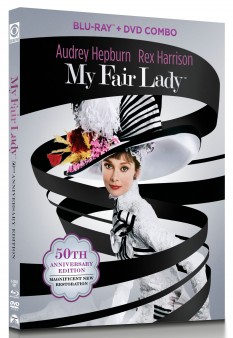 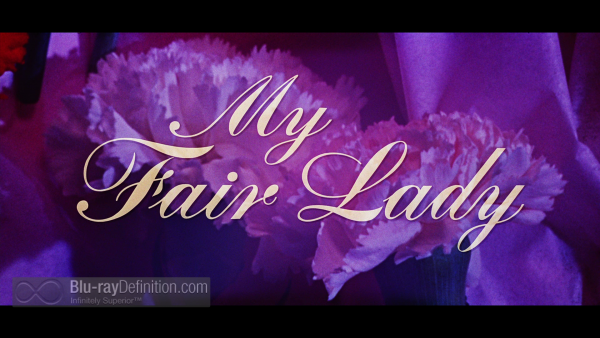 Based on the George Bernard Shaw comedy Pygmalion, My Fair Lady as a musical began life on Broadway in an adaptation by adapted by Alan Jay Lerner and Frederick Loewe, becoming one of the longest-running musicals in Broadway history. Julie Andrews was the lead when the show ran on Broadway, but not having the star status beyond the stage, producer Jack Warner decided to pass her up when time came to do the film and instead went for the “loverly” Audrey Hepburn instead, who had her vocals dubbed by Marni Nixon, the voice behind Natalie Wood in West Side Story.

Director George Cukor (A Star is Born) brought the glamour to this joyous musical about a fish out of water. Rex Harrison stars alongside Hepburn as elitist linguist Professor Henry Higgins who places a wager with his friend Colonel Hugh Pickering (Wilfrid Hyde-White) that he can take the cockney flower girl Eliza Doolittle (Hepburn) and turn her into a well spoken, glamorous lady that can take tea with the upper crust of society. Eliza moves in with the Professor and endures his harrowing lessons in speech and manners, in the meantime attraction ensues between the two without them even knowing it. When Eliza is able to impress the high class crowds and Henry all but ignores her achievements to do nothing but pat himself and the Colonel on the back, she runs away to his mother and into the arms of a willing young suitor. It is then that Henry realizes just what he had and how much he misses her face and her unusual outlook on life.

The production is impeccable in My Fair Lady, from the luxuriant costume designs of Cecil Beaton to the of course, memorable music of Frederick Loewe, Alan Jay Lerner, and Andre Previn. You’ll be humming along to timeless songs like “Wouldn’t it Be Loverly?,” “The Rain in Spain,” and “I Could Have Danced All Night”.

Despite being passed over for an Oscar nomination (ironically in favor of Julie Andrews, who took home the trophy for Mary Poppins), Hepburn was perfectly cast and there was great chemistry between the two leads. Rex Harrison, who deservedly won a Best Actor Oscar for his role, was believably snooty yet approachable as Henry Higgins. My Fair Lady also won Best Picture, Best Director, and five other Oscars. 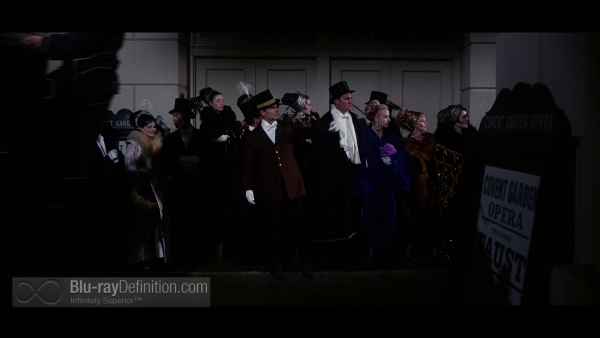 Awesome, just awesome, that’s how this My Fair Lady restoration undertaken by Robert A. Harris looks. Scanned at 8K and restored in 4K from the original 65mm camera negatives and additional 65mm film elements, we get a beautiful clean, crisp, colorful 2.20:1 AVC/MPEG-4 1080p encodement on Blu-ray from Paramount that has strong contrast, a natural, extremely fine and consistent layer of grain, and wonderful black levels that are solid without crushing. 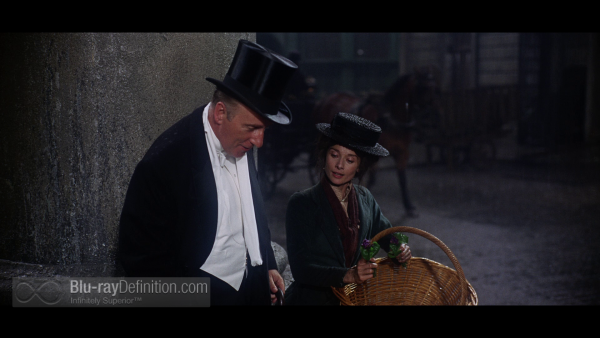 We get a wonderful remix of the soundtrack in Dolby TrueHD 7.1 (96kHz/24-bit) that is spacious, dynamic, and clean with natural sounding dialogue and vocals, good atmospherics on the musical instrumentation and just the right amount of low end. Sorry traditionalists, no English monaural track is offered, but if you speak something other than English, you can listen in mono in French, German, Italian, Japanese or Spanish. 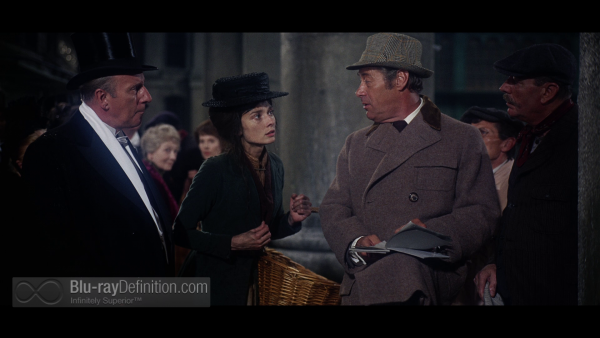 This set is packed. Footage from the American and English premieres of the films is included, plus archival theatrical features that ran in theatres is included. We also get interviews with Martin Scorsese and Andrew Lloyd Weber and a lot more. 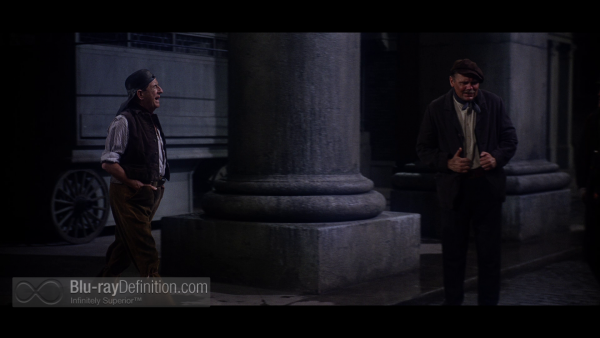 This is a fantastic set and a beautiful restoration. It doesn’t get much better than this. The only complaint I have is, as gorgeous as the collectible packaging looks, it is terrible for holding the discs. It is difficult to remove and replace the discs in the package and just seems like an easy way to damage them. 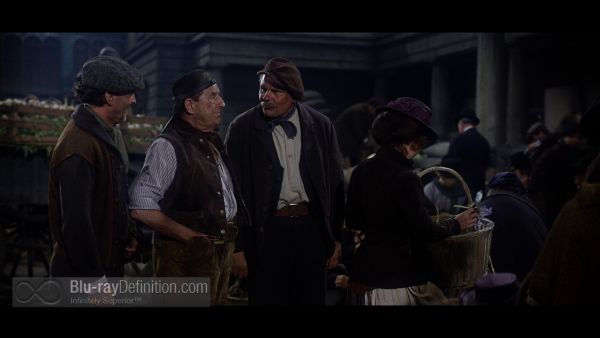 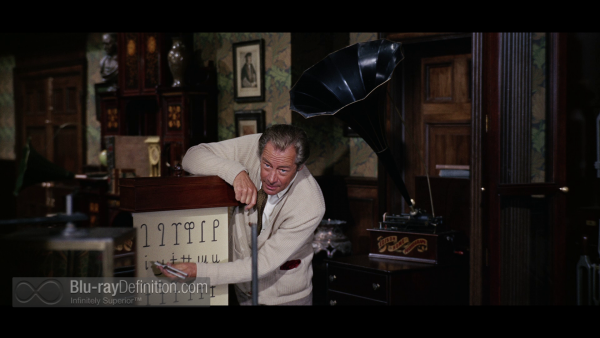 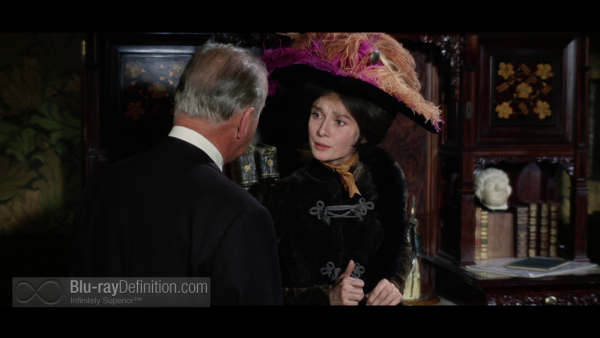 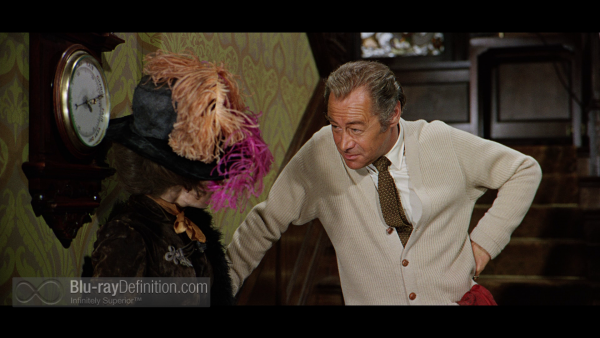 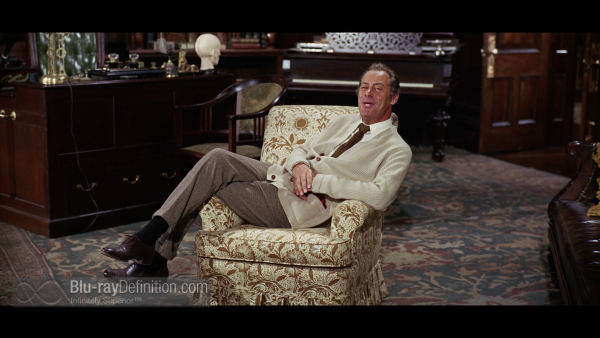 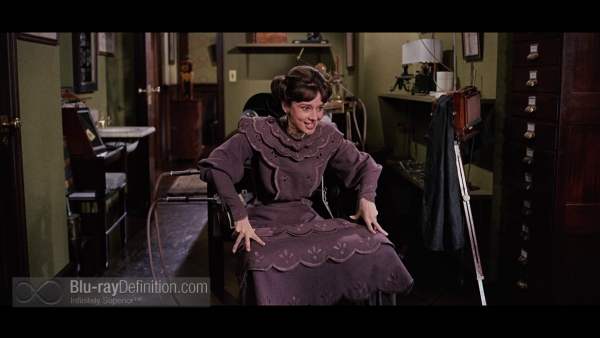 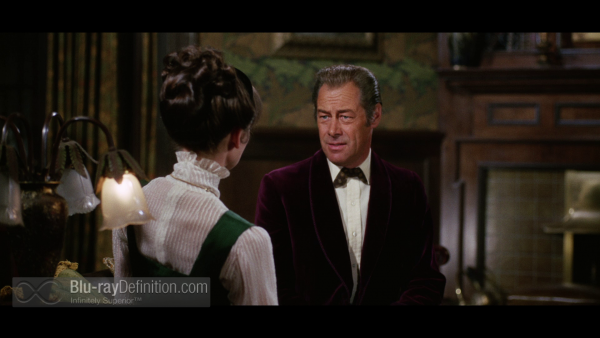 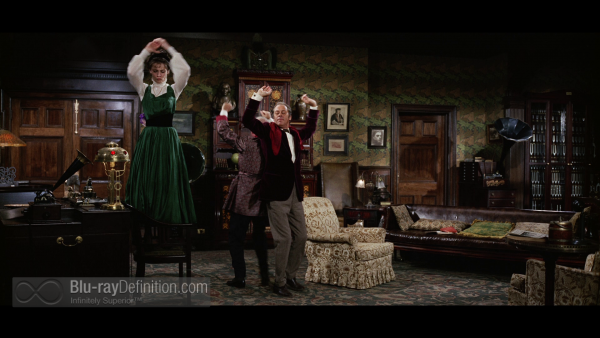 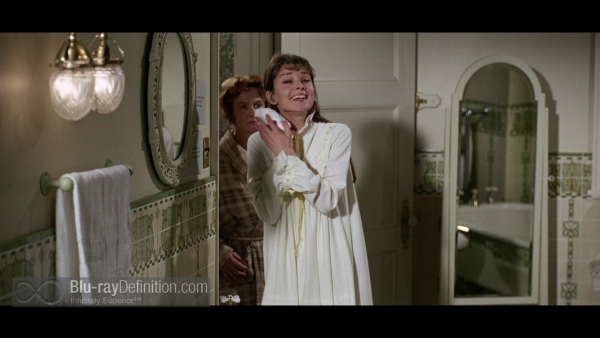 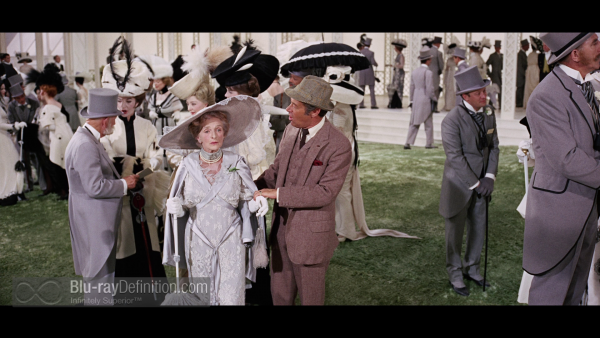 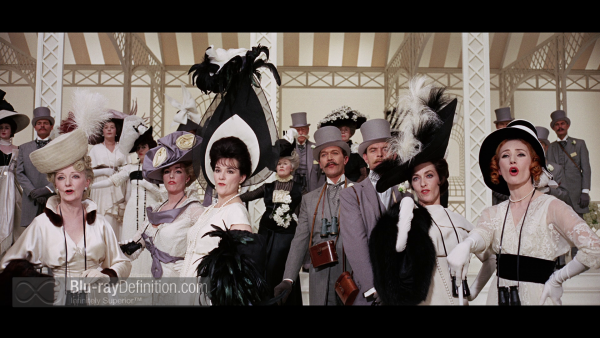 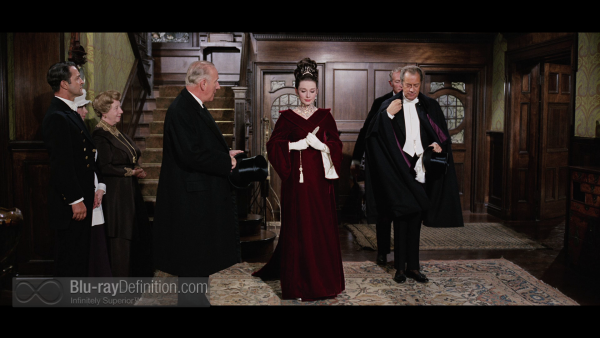 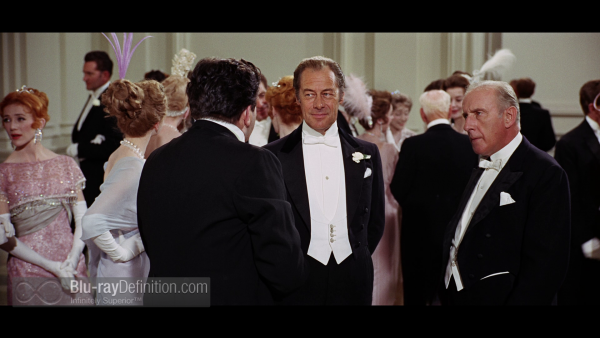 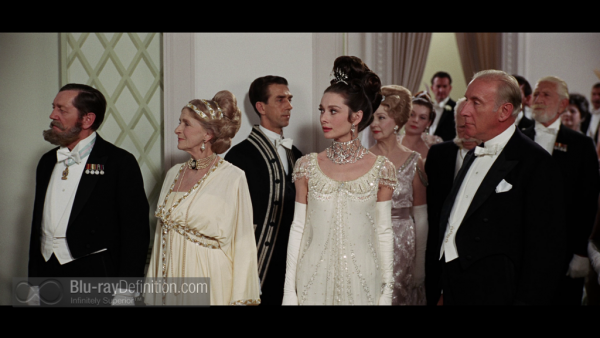 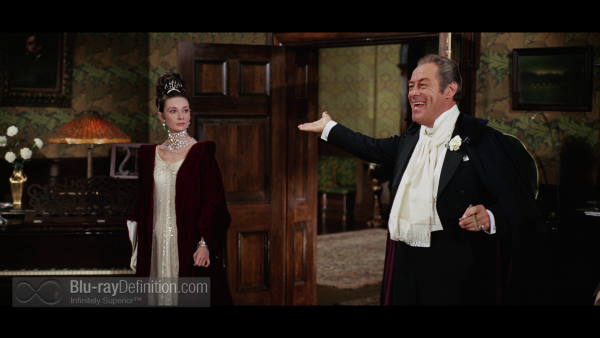