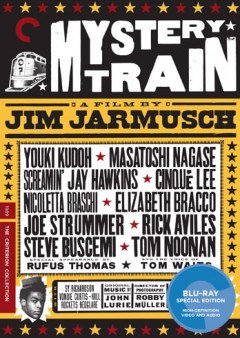 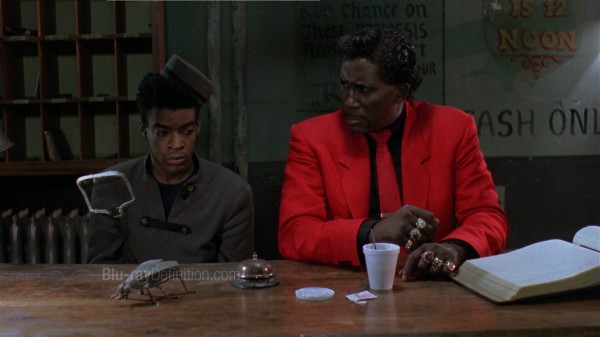 Mystery Train is writer/director Jim Jarmusch’s 1989 homage to the lost ideals of Americana set in a dilapidated corner of Memphis and presided over by the ghost of Elvis. It loosely strings together a triptych of stories involving foreigners drifting through the derelict land, tied together only by passing circumstances and inconsequential coincidences.

Mystery Train carefully veers away from the mythology of rock ‘n’ roll and Memphis and instead resides in rundown hotels, smoky pool halls, cheap liquor stores, and greasy spoon diners. It’s a melancholic view of the interconnection of humanity that really doesn’t seek to make and deeper human connection other than the inevitability of the ordinary.

In the first story, “Far from Yokohama” a teenage couple from Japan arrive in Memphis on the train to the strains of Elvis’ “Mystery Train.” Jun (Masatoshi Nagase) wants to see Sun Studio and Mitzuko (Youki Kudoh) wants to see Graceland).  Together they make there way through the “antique” streets of Memphis to the Hotel Arcade, where eventually all of our characters will pass through, but never really cross paths.

In “A Ghost” Italian widow Luisa (Nicoletta Braschi) is stuck in Memphis for a night before she can make her way back to Italy and she comes across a host of the town’s more colorful characters, good and bad, before ending up sharing a room for the night with Dee Dee (Elizabeth Bracco) who has just left her British husband.

“Lost in Space” finds Johnny (Joe Strummer), Dee Dee’s husband, inconsolable in a bar called Shades when his friend Will Robinson (Rick Aviles) and brother-in-law Charlie (Steve Buscemi) try to help him out and keep him out of trouble, but things don’t turn out so well after a late night run to the liquor store. Eventually all three make their way back to Hotel Arcade to settle in to some heavy drinking for the night.

As the nights draw to close and dawn approaches for each story, someone turns on the radio and we hear the DJ play Elvis’ haunting version of “Blue Moon,” it’s after 2:00 A.M. in Memphis, Tennessee.

In 1989, multistrand films such as Mystery Train weren’t so commonplace. The idea of stringing together so many different threads and jumping around the timeline was fresh and exciting. Since then, particularly with the success of Crash, they have become a dime a dozen, but what they all have done that Jarmusch avoided altogether with Mystery Train, was to seek some deeper meaning in their connections. Jarmusch just allowed his stories to be, to resolve as they would in the real world. Sometimes, as we all know, the connections we never realize are the ones that are the deeper truth of the human existence. That, perhaps, is key to the endurance of Mystery Train. 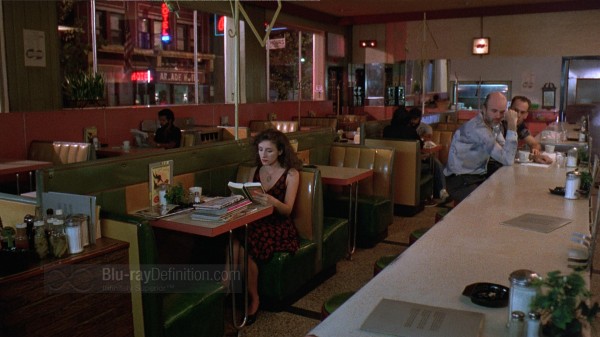 The film appears in its original 1.77:1 aspect ratio in an AVC/MPEG-4 1080p encoding that retains a truly detailed and film-like appearance. Shadow detail is strong, flesh tones are natural, and color reproduction is vibrant and stable. Mystery Train looks absolutely fantastic for a film from 1989. That is not to say that it has been scrubbed so clean that it looks soft and new, but rather that it looks appropriate to its time without showing a tremendous amount of distracting wear. 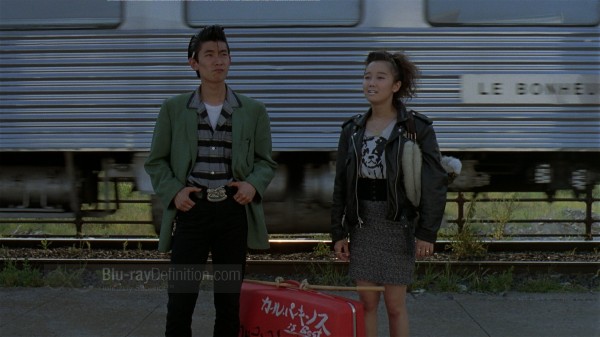 The monaural soundtrack was remastered at 24-bit from the 35mm magnetic tracks. Clicks, thumps, hiss, and hum were manually removed using Pro Tools HD. Crackle was attenuated using AudioCube’s integrated audio workstation. The soundtrack is provided on this release in PCM 1.0 (96kHz/24-bit). Being a true 1.0 monaural track, a lot of how this track sounds will depend on how well your centre channel is at reproducing the audio. That being said, it is a well-done mix with good balance, full sounding dialogue and a solid midrange. 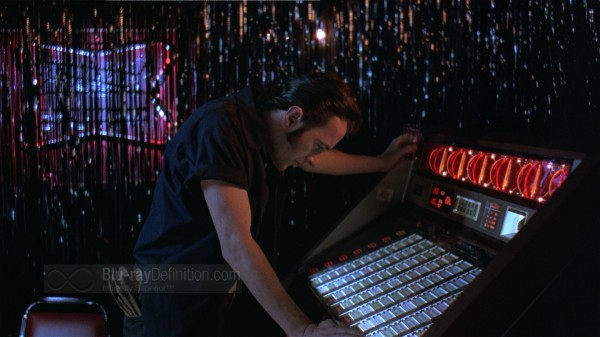 There are a typically strong set of supplements on Mystery Train with good replay value plus very informative essays in the booklet that offer great reads.

The supplements provided on this relase are: 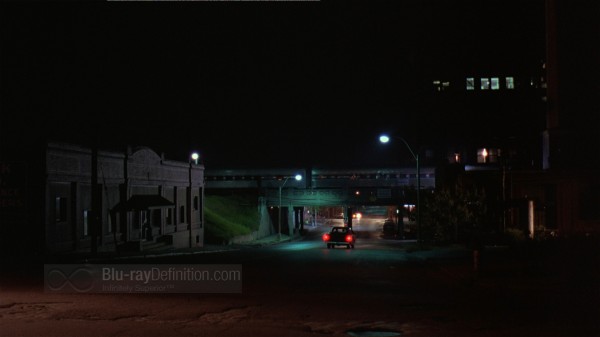 Criterion delivers the goods in Jim Jarmusch’s quietly powerful film in a reference release that should be on any collector’s shelf. Highly recommended. 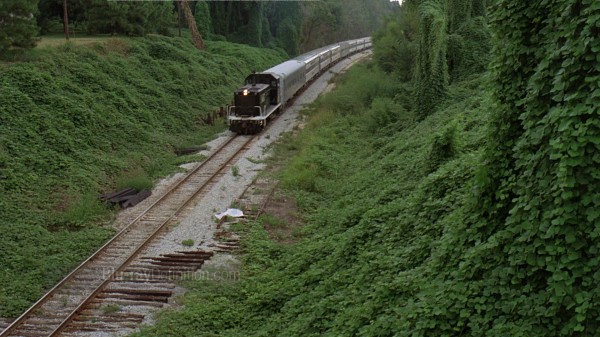 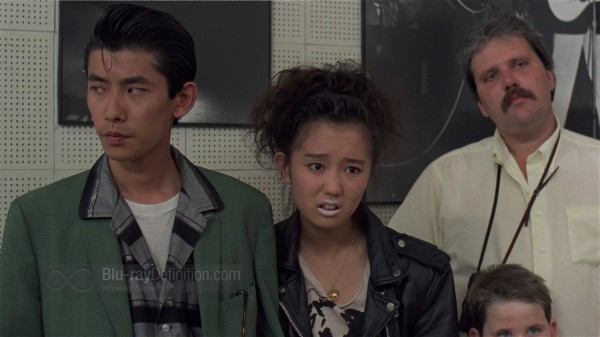 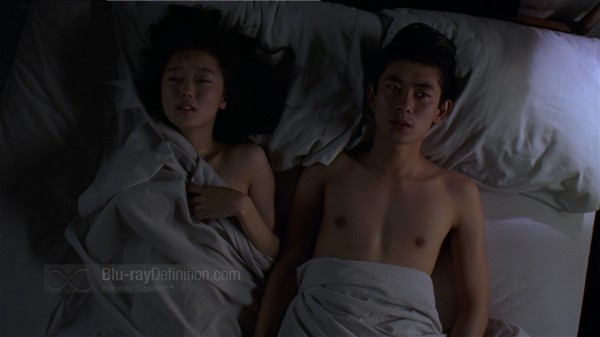 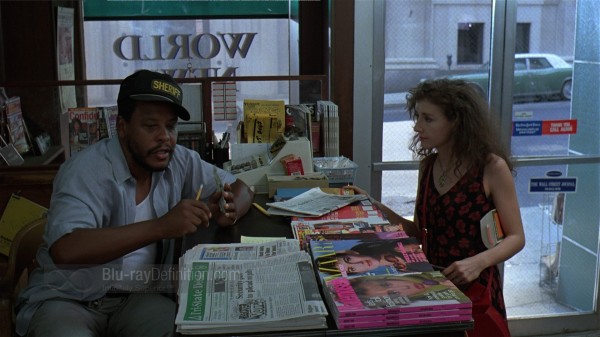 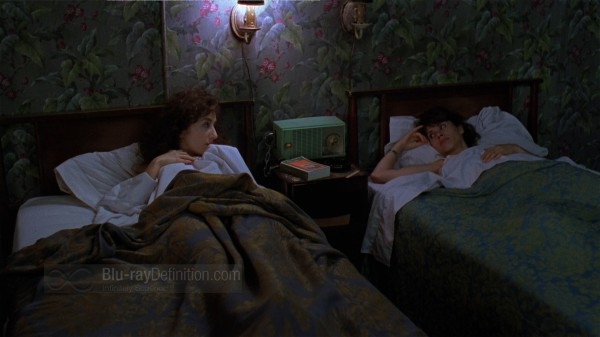 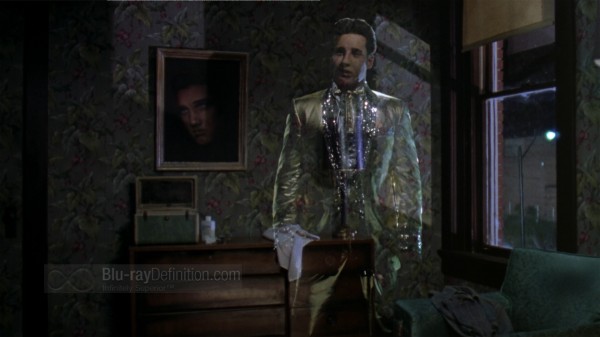 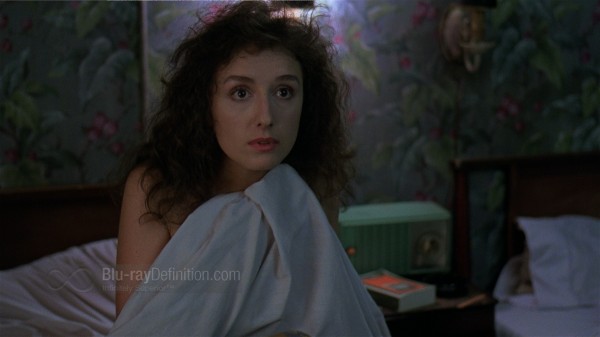 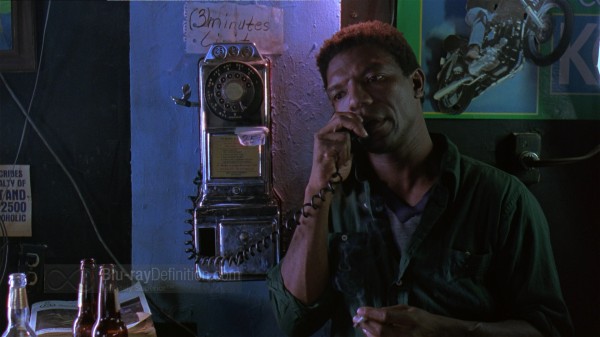 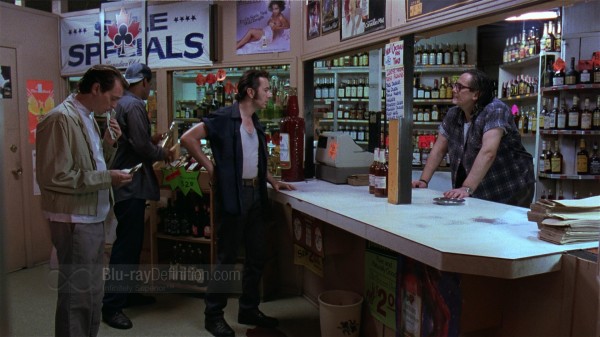 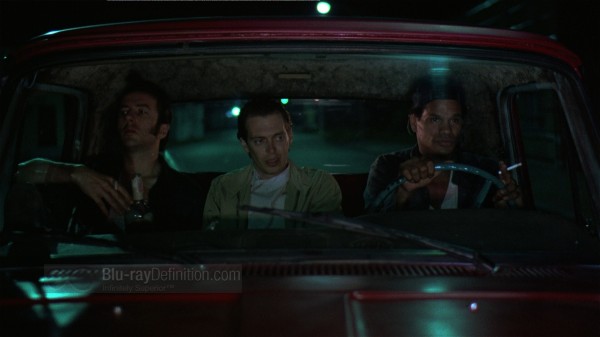