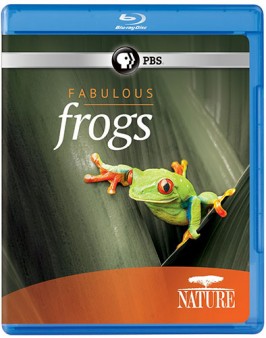 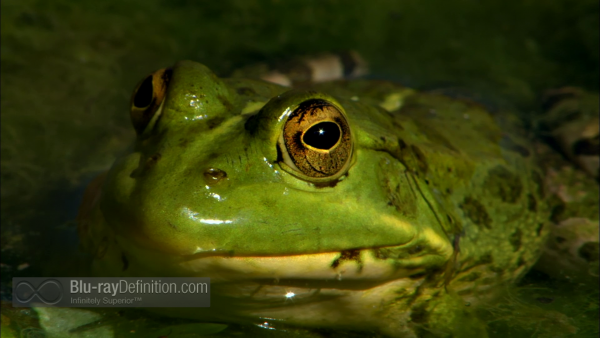 In another splendid on-off release from the long-running PBS series Nature, we get the episode Fabulous Frogs wherein Sir David Attenborough takes us on a guided tour through the varied and often weird world of frogs, animals he’s loved since he was a young man. You’ll notice the eye-catching variety of colors – the most colorful of which are often a sign to predators to beware, “I’m poisonous” – and the mating rituals. African bullfrogs, some of the largest in the world, have brutal battles for supremacy in their tiny ponds for the right to mate all the females. One male frog ‘eats’ the eggs after the female has laid them and carries them in his throat pouch until they develop and leap out from his mouth fully grown.

The videography is fantastic, as to be expected from the BBC, which produced this episode in partnership with WNET. And Attenborough, as always, is a wellspring of information. He always finds the best way to explain a topic. And when it comes to these frogs, creatures he obviously has a special feeling for, he seems very enthusiastic to not only get the information across, but to also let us know how much they mean to our ecosystem. 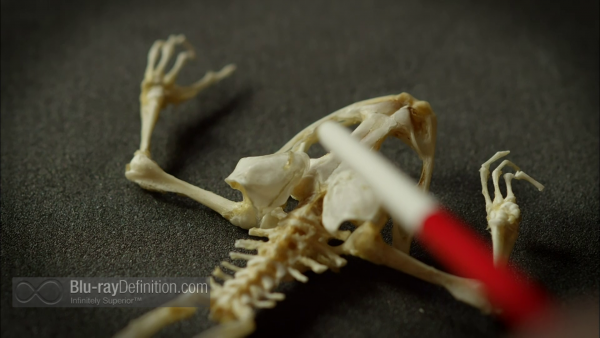 This is a very good AVC 1080i/60 encodement to Blu-ray that really conveys the colors and textures of the frogs, the greenery, and the other elements of their surroundings with almost flawless perfection. Things look crisp and nuanced with no hints of color banding, combing, or any other obvious issues. 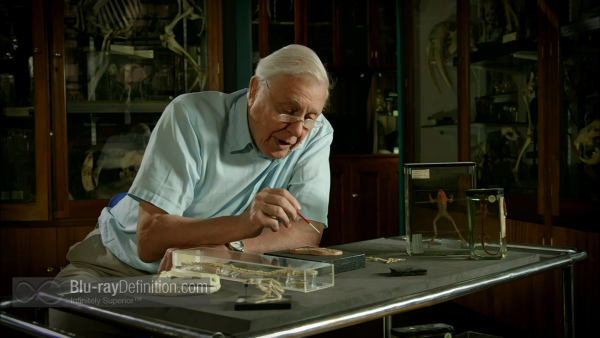 As with previous PBS Nature episode releases on Blu-ray, we only get a lossy Dolby Digital 5.1 track and a LPCM 2.0 stereo (48kHz/16-bit) track alongside an English Descriptive Video Service Dolby Digital 2.0 track. Despite being lossy Dolby Digital (@640Kbps), the 5.1 track is nicely balanced and atmospheric, with clear narration from David Attenborough in the center channel as well. It does manage to bring one into the midst of the action in the natural settings, if not quite as convincingly as a lossless track might have. The LPCM 2.0 track is a lot more forward than the surround mix, placing Mr. Attenborough very close and above other sounds in the mix, and the stereo imaging seems to be slightly narrower as well. 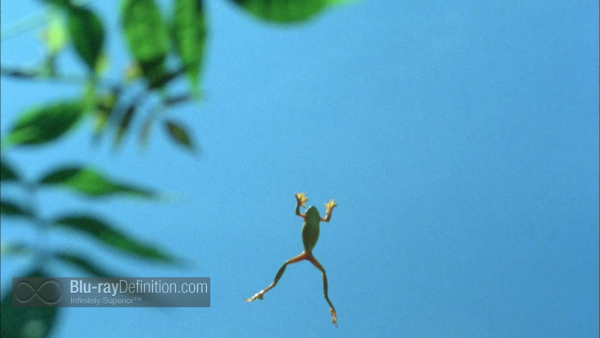 In keeping with the previous releases in this Nature series so far, we get nothing here, not a booklet, not a bonus featurette or interview segment. 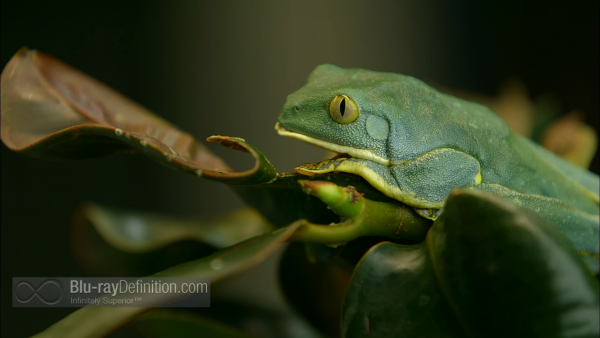 If you’ve been collecting these Nature series releases on Blu-ray, then chalk Fabulous Frogs up as another top notch release that you must add to the collection. It is beautifully filmed and written, and fantastically presented by David Attenborough. 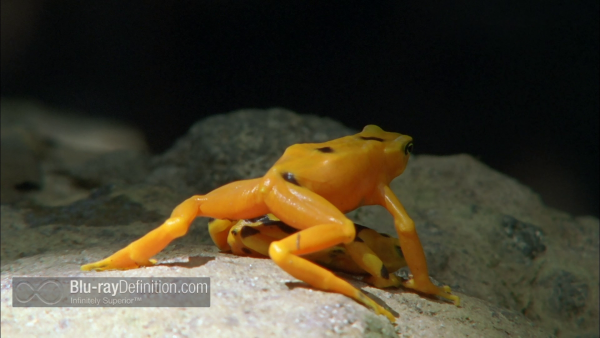 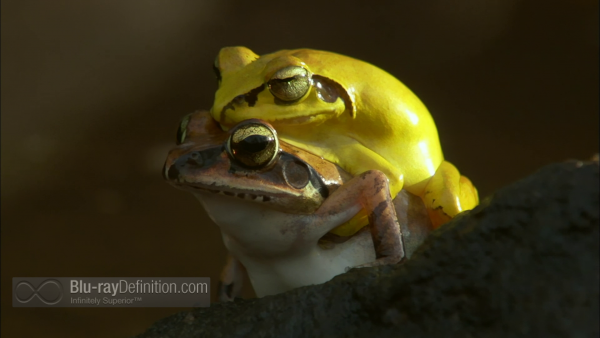 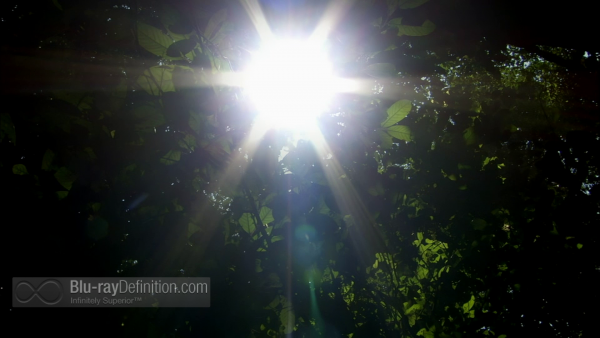 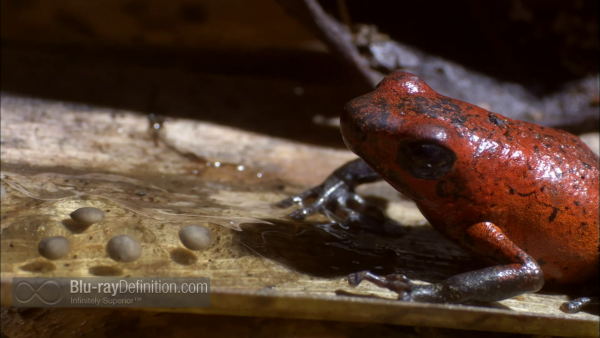 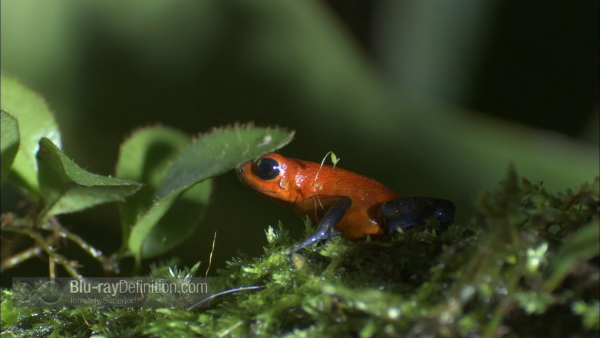 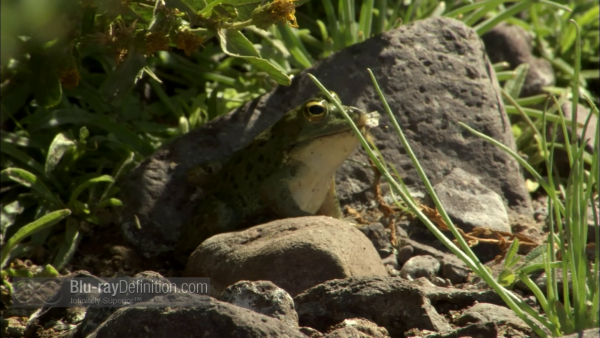 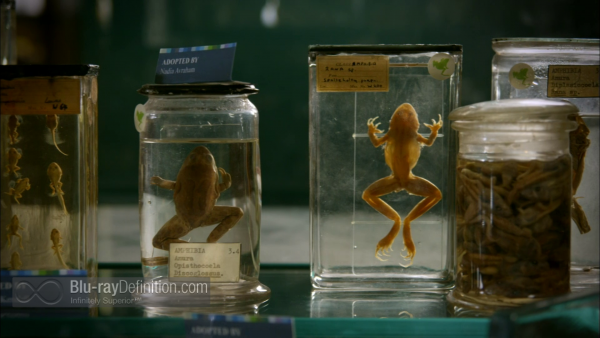 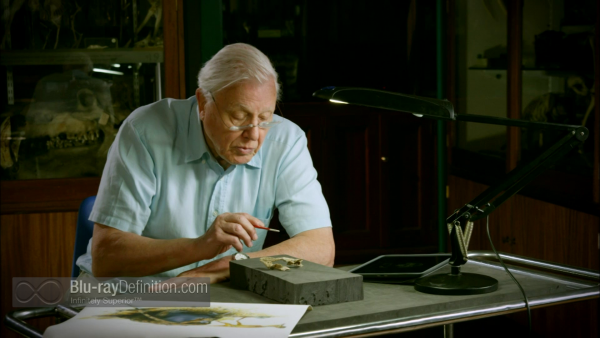 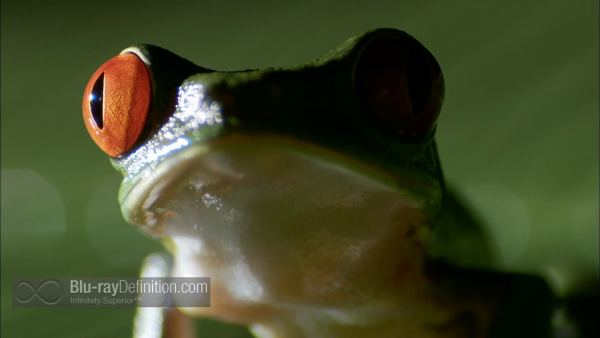 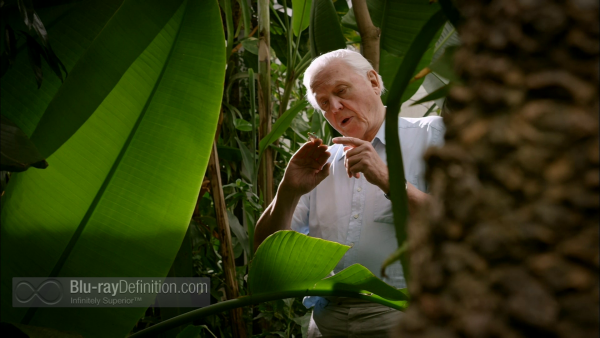 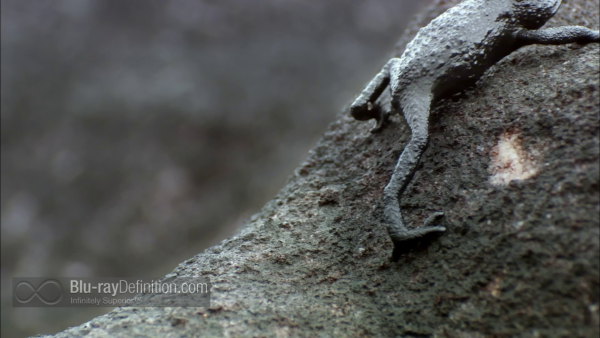