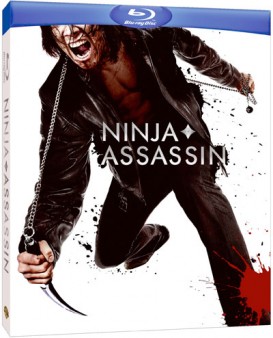 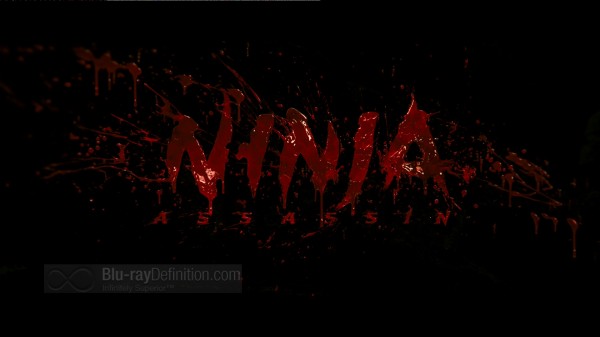 Ninja Assassin wastes no time getting right down to the main attraction for these sorts of films — the action and the gore. From the very opening scene viewers are treated to a dizzying array of martial arts choreography and visual effects with limbs amputated, heads severed, and deep vermillion splashes of blood and viscera aplenty.

The plot for this film, however, has to be one of the most convoluted and rather hard to fathom that I have yet come across in a martial arts film, and I say this as someone who quite enjoys the genre. Apparently, the ninja clans have been taking in young orphans, training them, and selling their services as hired assassins for centuries to anyone who can pay a pound of gold. When two EUROPOL agents, played by Ben Miles (of the BBC’s Coupling) and Naomie Harris (Pirates of the Caribbean: At World’s End) stumble across this secret, they somehow become the targets of an international investigation that leads to the highest levels of government, and Harris’ character, Mika, becomes the target for assassination by ninja.

Swooping in to her rescue is a rogue ninja, Raizo, played by the apparently huge Korean pop star Rain in his first Hollywood role. Raizo, has betrayed his clan after the clan’s brutal sensei had his childhood sweetheart, also a member of the clan, killed for trying to escape. Now Raizo wants his revenge on the sensei, and the clan wants revenge on him.

The governments around the world are all after Raizo as well, however, for they believe he is the assassin responsible for a recent rash of murders. Mika has to convince her partner otherwise, while Raizo must fight to keep both he and Mika alive. Or something like that.

If one doesn’t think too hard about the plot inconsistencies in Ninja, and just rides the flow of action, it can be an enjoyable ride. There are some stunning images, but nothing that hasn’t been done in many other films. The issue with Ninja Assassin is not that it fails to provide action, but most of the action is so swamped in visual effects, it is hardly moving the art form forward. Still, it is an easy 90-minutes or so to get through. 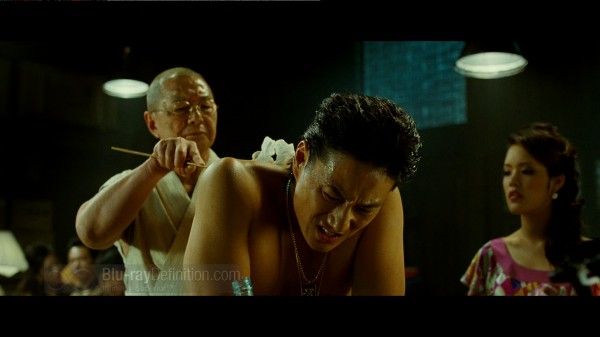 Ninja Assassin’s 1080p 2.40:1 VC-1 encoding has a nice sharp veneer of grain throughout, brilliant colors and inky blacks. At times there are some issues with crush in darker scenes and detail, as sharp as it is, does waver from time to time, making a few scenes look just a little soft and a bit grainier than others. Flesh tones are spot on and the source, as to be expected, is immaculately clean. Artifacts are not an issue and the overall quality of the presentation is very strong. 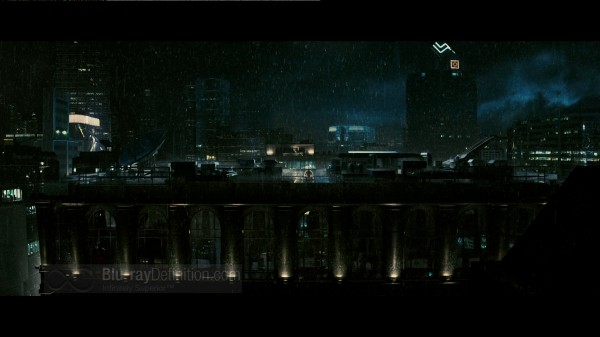 Ninja Assassin provides an English DTS-HD Master Audio 5.1 soundtrack that is an aural assault on the senses. With punches and kicks that land with thuds that resonate right through one’s body, whirring sounds of swords and ninja stars that pan around the room, and lush amounts of ambience, it is an engulfing experience. There’s a good balance of atmospherics and more discrete sound effects, a wide dynamic range, and the clean, clear dialogue does not get lost in the abundance of foley effects during the louder, more frenzied passages. 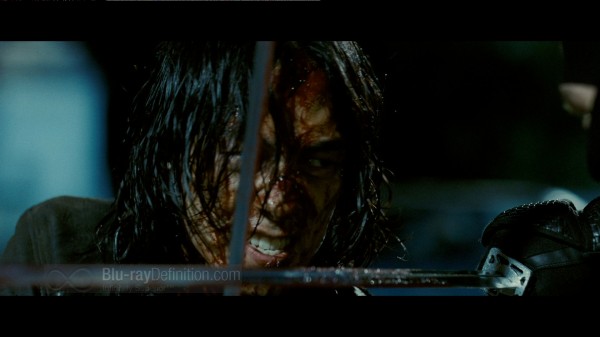 I love it when supplements are worthwhile and provided in high definition, and that’s exactly with case with Ninja Assassin. Fans of the martial arts and the ninja mystique will particularly enjoy the first featurette, entitled The Myth and Legend of Ninjas.

Ninja Assassin is not the greatest martial arts film ever produced, but there’s enough action here to offer a satisfying, adrenalin filled 99-minutes and with a solid Blu-ray release, it is at the very least a worthy weekend rental. 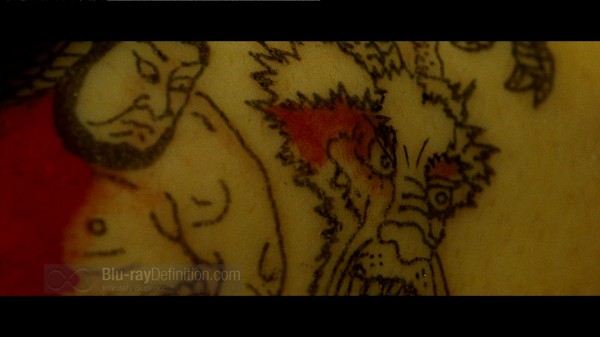 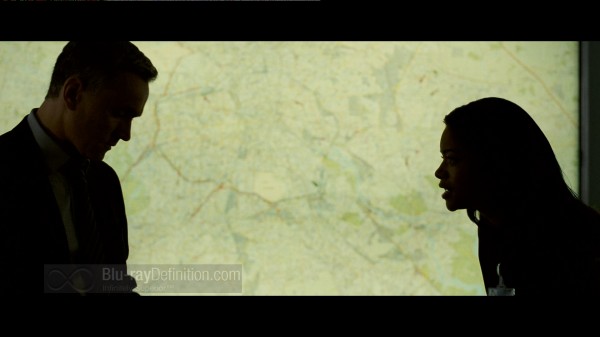 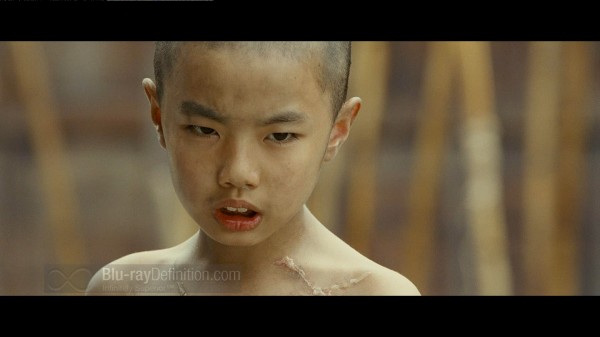 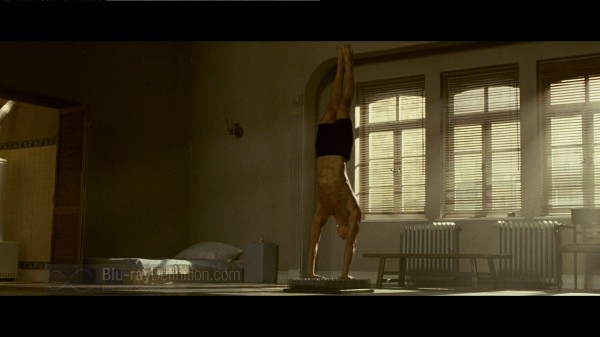 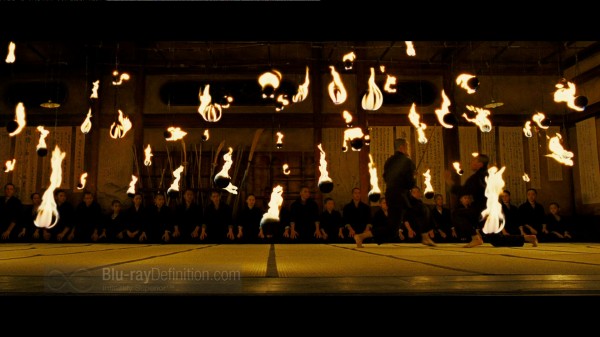 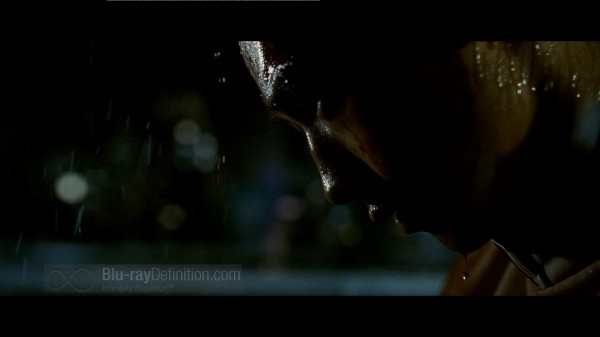 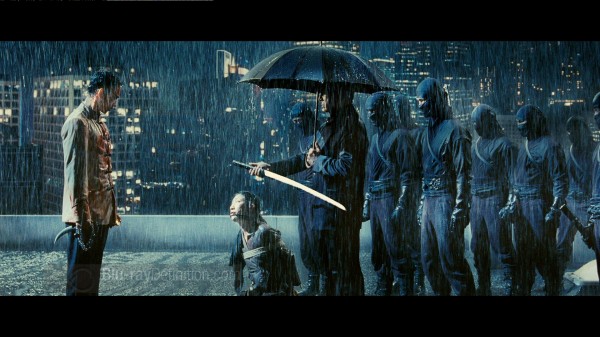 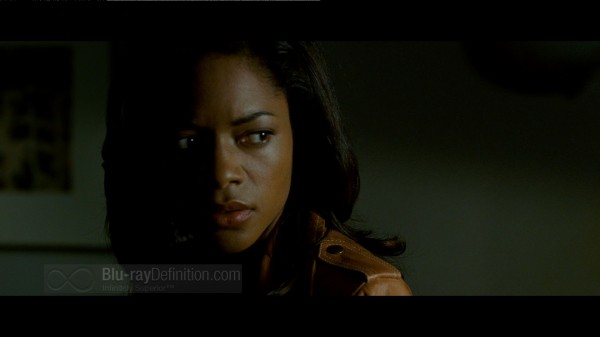 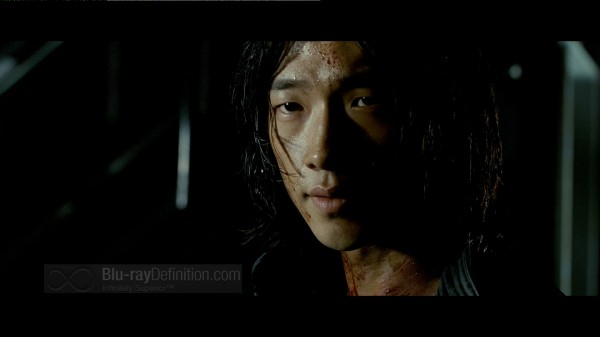 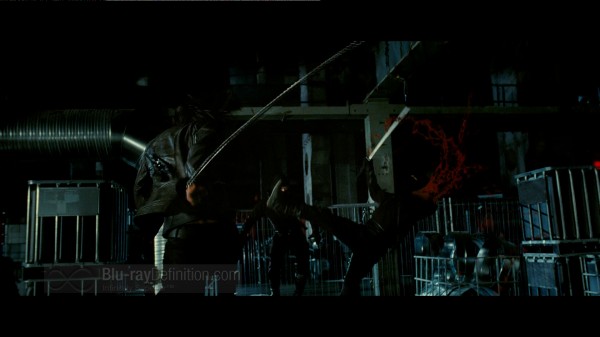 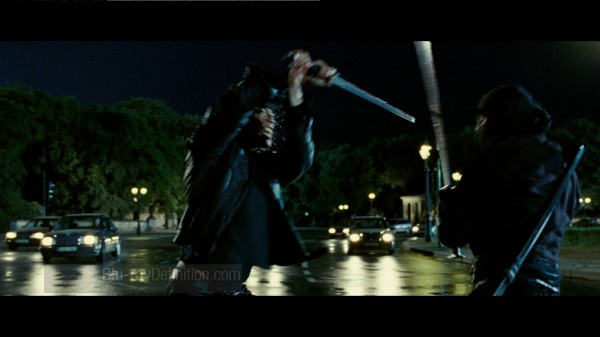 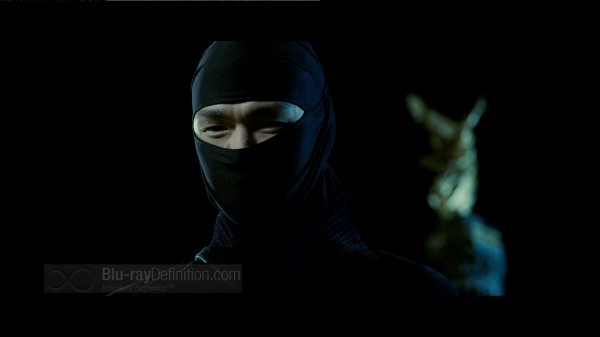