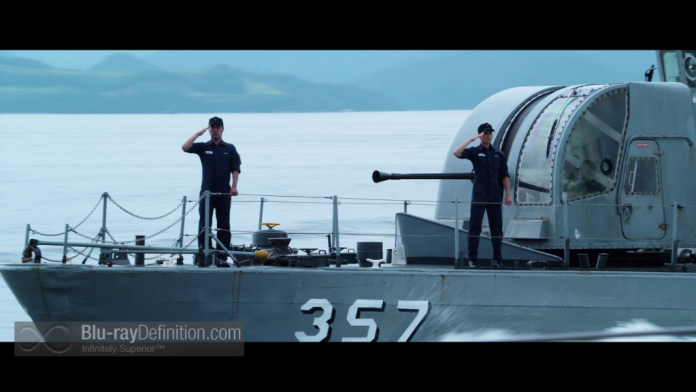 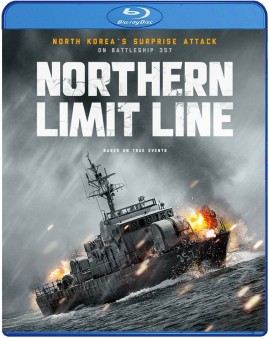 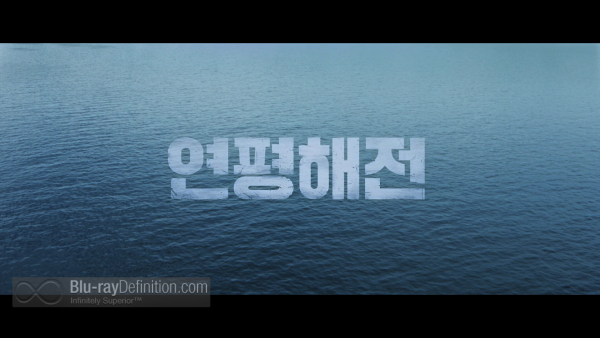 Director Kim Hak-Soon directs Northern Limit Line, a South Korean film based on true events. The story follows a group of young South Korean naval men serving their compulsory service while the nation celebrates their hosting of the 2002 FIFA World Cup tournament. The men, serving on South Korean Battleship 357 are sent to confront a surprise attack of North Korean ships crossing the disputed “Northern Limit Line”, a battle that will come to be known as the Second Battle of Yeonpyeong.

For anyone who is unfamiliar with the Korean war, this may seem unbelievable, but, in fact, the Korean War never officially ended, it has just been in a prolonged cease fire, a stalemate, if you will, for decades, one that os occasionally breached in these sorts of confrontations. This film, which is taken from the book by Choi Soon-jo, was in the works since 2007, but fought by the families of those servicemen who ultimately lost their lives in this battle. It would take another brutal confrontation and the sinking of another ship in 2010 to bring them around to having the story of their family members told.

I can’t say how well of a job Kim does in Northern Limit Line, but he does spend the majority of the film trying to familiarize us with the characters. I never felt, however, that I really new them. That’s the sad part. The final act that brings on the clash with the North, is the most well executed portion of the film. 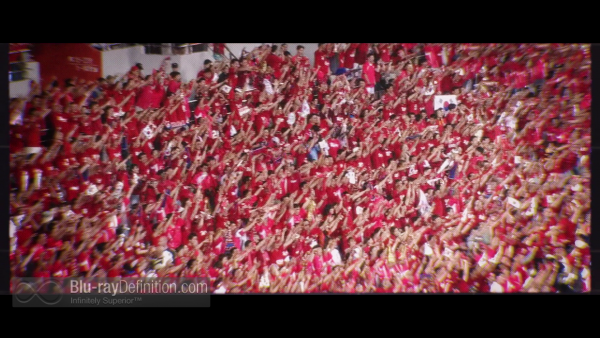 Northern Limit Line was shot in HD on the Red Epic with Zeiss Ultra Prime and Angenieux Optimo lenses. The film arrives on Blu-ray in an AVC/MPEG-4 1080p encodement from Well Go USA that is generally sharp in detail, has a filmic appearance, strong contrast, and good color reproduction. No issues are apparent concerning compression errors, aliasing, or noise, but the slightest hints of banding can be spotted. 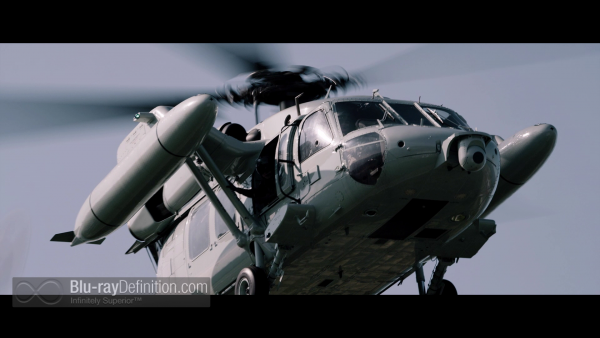 A Korean DTS-HD Master Audio 5.1 (48kHz/16-bit) soundtrack is included that is very basic. It is rather front-heavy and dialogue-driven for most of the film and even the film’s final act, where the most action is contained, is rather constrained in its use of the surround channels that only carry very mild effects and atmospherics. Low end is constricted, but decent enough to convey a good sense of the muscle of explosions. Dialogue is free from clipping. 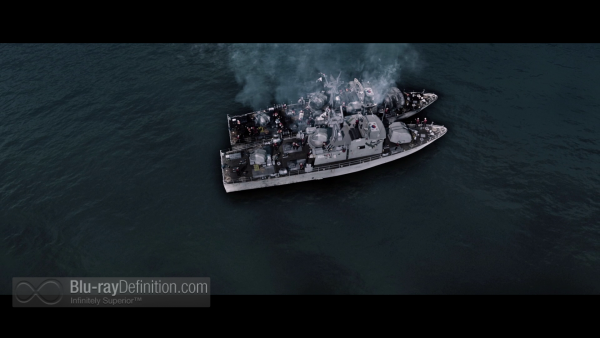 We get only the original theatrical trailer (1080p) and additional Well Go USA trailers. 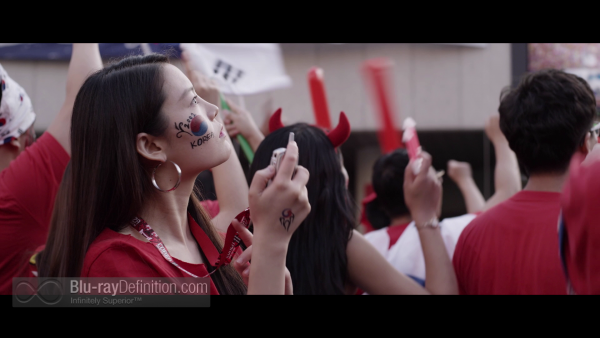 Northern Limit Line is a flawed but still serviceable docudrama about a tragic event in South Korean history that serves the men who gave their lives and their families well. The Blu-ray is a very pleasing if not perfect release also. 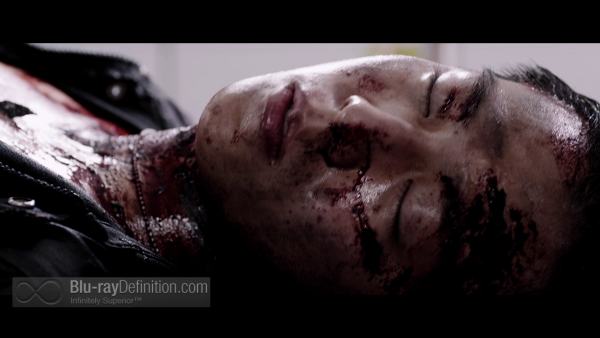 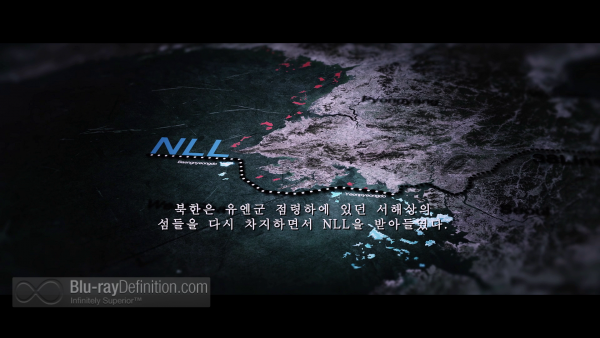 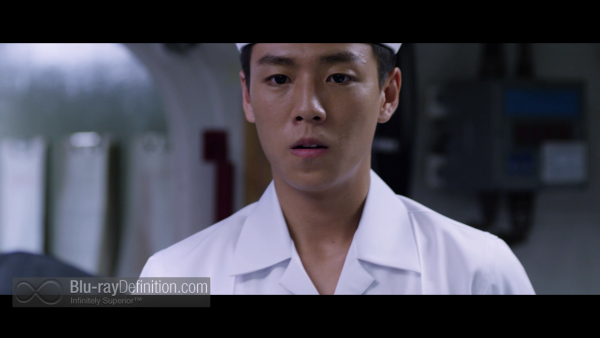 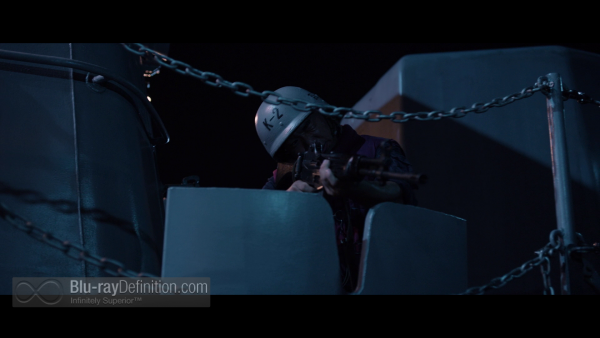 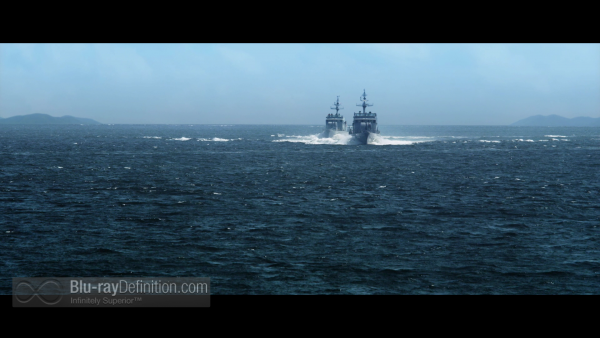 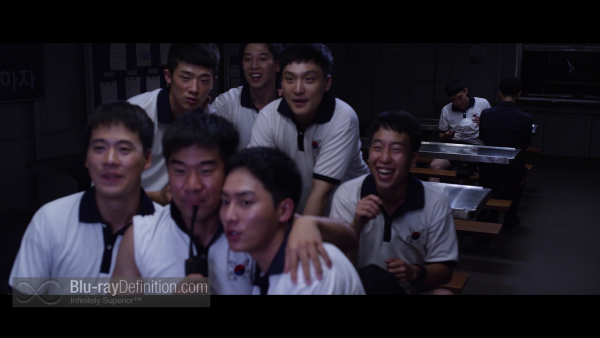 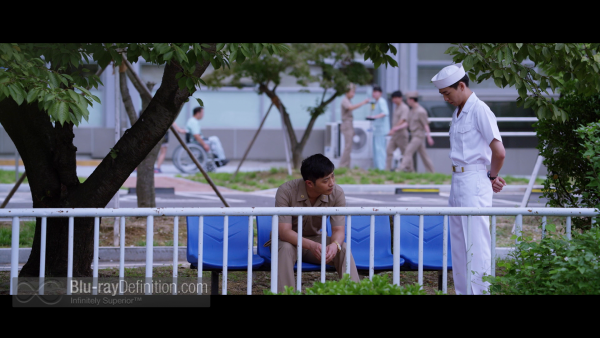 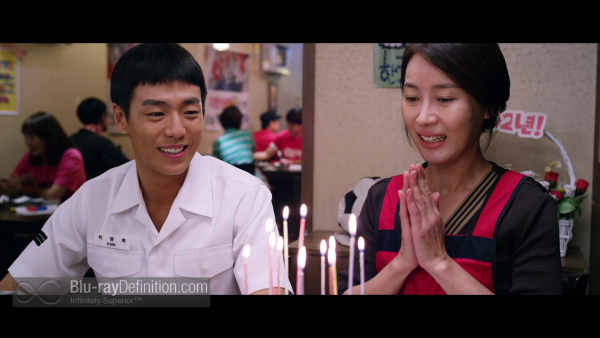 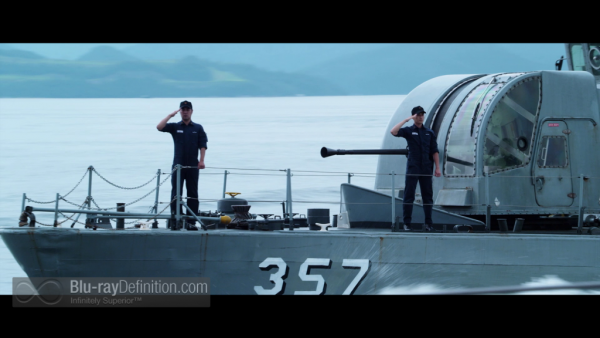 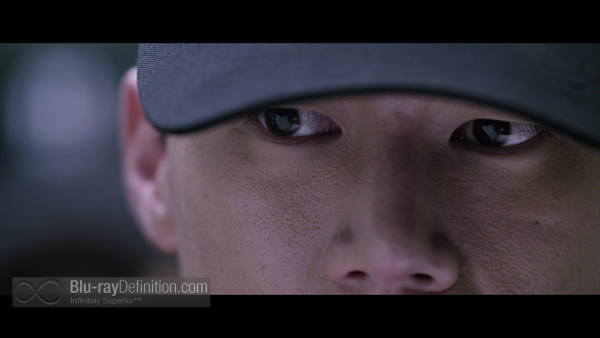 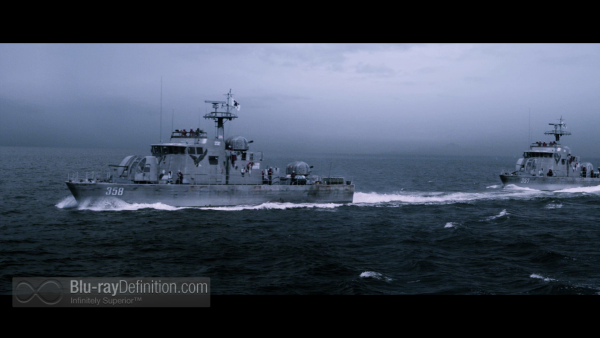 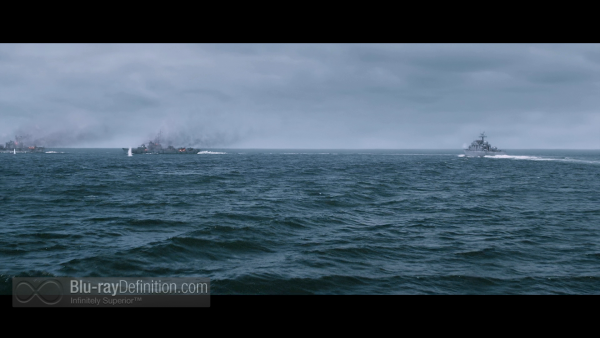 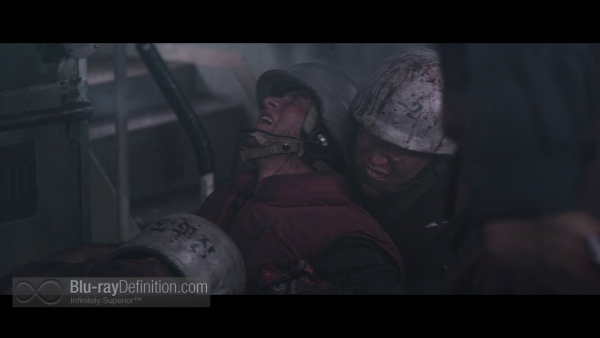 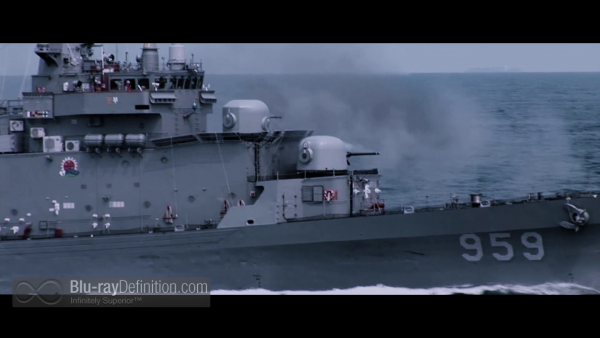 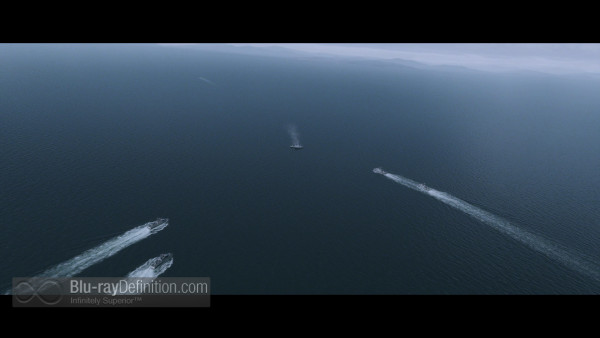