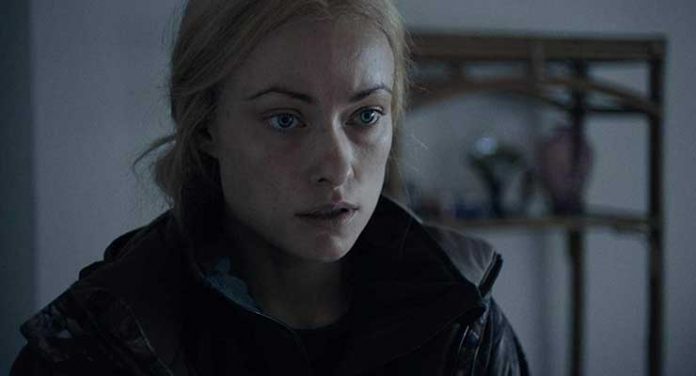 Written and directed by Sarah Daggar-Nickson, the gloomy indie film A Vigilante follows a domestic abuse survivor named Sadie (Olivia Wilde, Tron: Legacy, The Lazarus Effect) channels the grief over the devastation her violent ex-husband caused her family into becoming a vigilante protecting other women and children facing abuse from their husbands, boyfriends, and parents. Sadie travels alone in Upstate New York donning various disguises and listening for messages seeking her aid with a secret phrase, “I’m looking out my window and the trucks keep coming” letting her know that it’s an emergency. Ultimately, Sadie can’t free herself from her own personal demons just helping others and must go out seeking the source of all her rage and inner turmoil.

A Vigilante is a slow-burning, and quiet film from start to end despite what its title may imply. It somewhat works as a despicable look at the ongoing issue of domestic abuse, most often of men against women, that won’t leave our society. Is it a perfectly crafted film? Not exactly.

A Vigilante seems to veer off too frequently into flashbacks and the present with no clear delineation, while Sadie’s mission of vigilantism is strung together in such a way that we lose their sense of purpose, they feel more like vignettes of voyeuristic violence just to move the story forward. Disappointingly, there isn’t as much discussion of issues that people in situations where they are suffering domestic abuse face, such as mental health issues, homelessness, or social isolation.

On the strong side, A Vigilante looks beautiful. The cinematography capturing suburban and Upstate New York is picturesque, with lingering shots on the evergreens, slow pans across highways and parking lots and a desaturated color palette that intensifies the gloomy mood of the film.

Olivia Wilde is a revelation in the film even as she is working with limited material, but she is nuanced and powerful. There’s a scene with Sadie standing in front of a mirror, makeup running down her face, where Wilde just loses it and does insane faces, like she’s letting out the frustration Sadie is holding in. It’s one of the most powerful moments in a film filled with little powerful moments, but one that doesn’t sustain them enough. 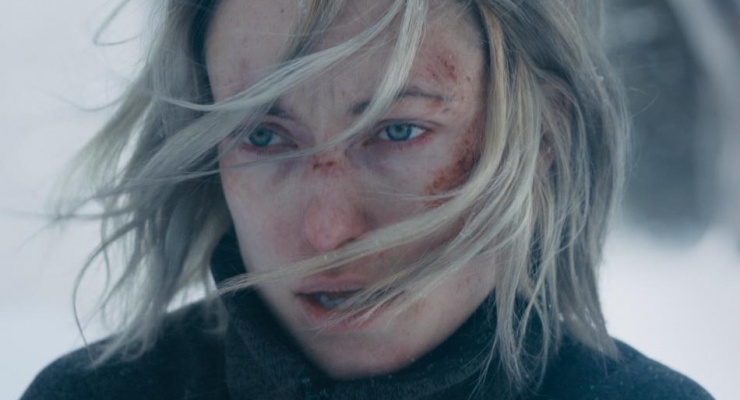 A Vigilante arrives on Blu-ray in an AVC 1080p encodement framed at its original aspect ratio of 1.85:1. The packaging for the release has it mislabeled as 2.40:1. The imagery is incredibly filmic, although it does have a purposely desaturated and somewhat gritty look. This emphasis of greys and blues helps with the gloomy tone of the film.

A Vigilante comes to Blu-ray with an English DTS-HD Master Audio 5.1 mix as the sole audio option and frankly there isn’t much going on with this mix at all. About as much could have been accomplished with a stereo mix apart from the extremely subtle atmospherics in the surround channels that arise when the score or music tracks are allowed to breathe. Apart from that, it’s a very front-heavy and dry sounding mix with little dynamic range, but clean dialogue.

A Vigilante gets a rather bare release with only one, under twenty-minute ‘making of’ featurette on disc alongside the DVD and Digital that are included with the Blu-ray.

As an empowering feminist film, A Vigilante is a little disappointing since it skips over so many important things, but it is also not completely without merit, it’s gorgeously filmed, has many powerful moments, and an excellent performance from lead Olivia Wilde. The Blu-ray from Lionsgate also looks amazing.