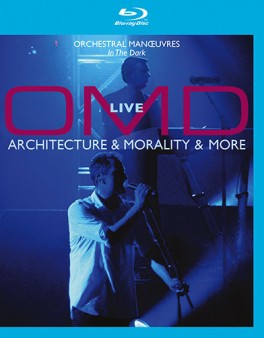 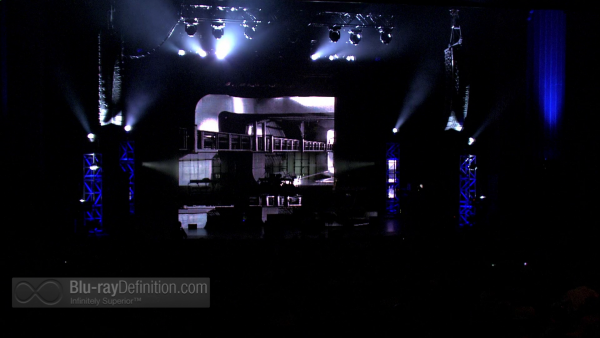 In the U.S. many may recall Orchestral Maneuvers in the Dark, or O.M.D., for their catchy pop tune “If You Leave” from the 1985 John Hughes teen romance Pretty in Pink. The reality is, the British band had been building toward that breakthrough hit since 1978, with a sound that was, although synth-driven, a bit moodier and more atmospheric. It’s a sound that could possibly be described as a cross between Joy Division, Depeche Mode during their industrial period (on Some Great Reward) and early Echo and the Bunnymen.

This 2007 reunion concert, recorded at London’s Hammersmith Apollo, highlights O.M.D.’s earliest breakthrough album, 1981’s Architecture & Morality, which spawned multiple Top 5 hits in the UK, including “Joan of Arc” and “Souvenir”, and broke the band in the wider European and Canadian market as well.

The first half of this concert is that album performed in its entirety, while the second part of the show is a retrospective of the rest of the band’s career.

Not quite as active on stage as they once were, O.M.D. supplement the concert with specially created films projected on large screens around the stage. It makes for a fittingly atmospheric show that especially the supplements the edgier material of Architecture & Morality well. Of course, the mega-hits “If You Leave” and “Locomotion” are also welcomed by the audience and performed superbly, as is the rest of the show.

The band are readying a new world tour in support of their new 2013 studio album, English Electric. 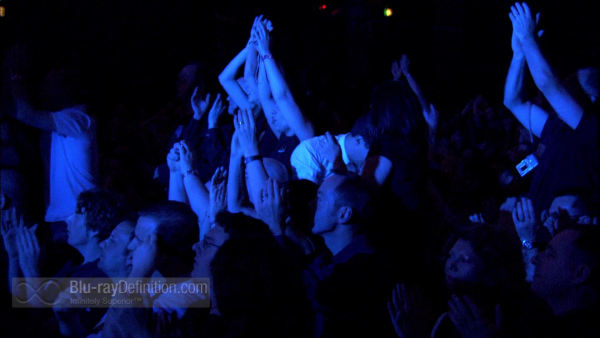 The HD production, offered in a 1080i/60 AVC/MPEG-4 encodement on Blu-ray, offers up a life-like presence in its colors and is good enough for a live concert disc. That said, the image is far from reference as the dimly lit set does cause a lot of video noise to be seen in the image and the 1080i resolution has some slight motion artifacts. 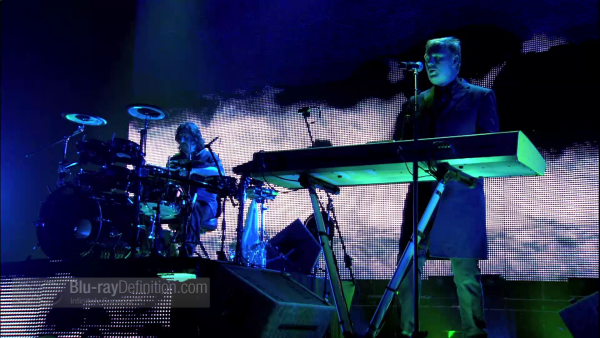 Eagle Rock provides the release with two fine audio presentations in its DTS-HD Master Audio 5.1 (48kHz/16-bit) and LPCM 2.0 (48kHz/16-bit) mixes. The 5.1 track is nicely balanced with a lush amount of atmospherics in the surrounds capturing the performance space and big, yet tight and musical, low frequencies. The high end of the aural spectrum is just a tad toward the harsh side, but still listenable. The 2.0 track presents a fine balance as well, but lacks the spaciousness. Both tracks have clear vocals and good instrumental separation. 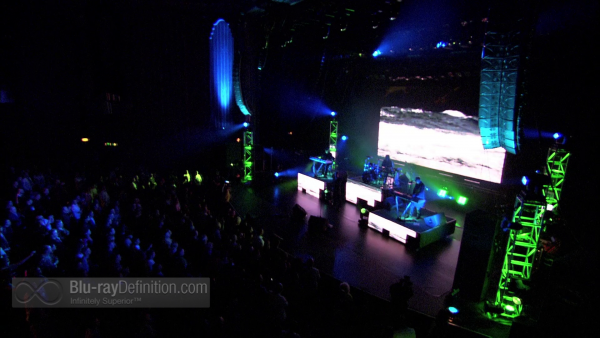 Interviews and alternate versions of songs round out the release. 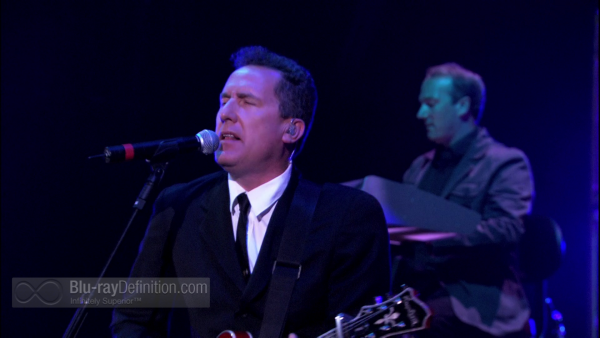 This 2007 concert from O.M.D. reignites the energy of the iconic 80’s synth pop group offering a glimpse into what gave them such a rabid following in the days of skinny ties and Flock of Seagull hairdos. For all those fans out there who’d like to experience them live again, this is a good option until the new tour rolls around. 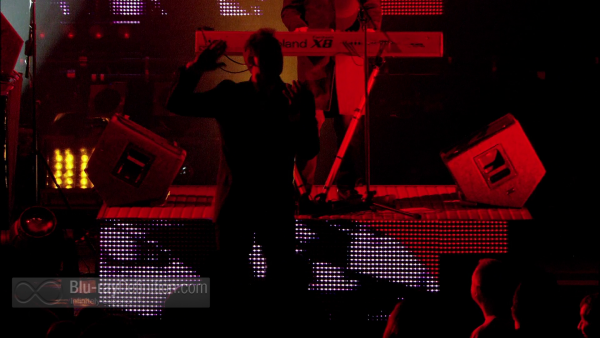 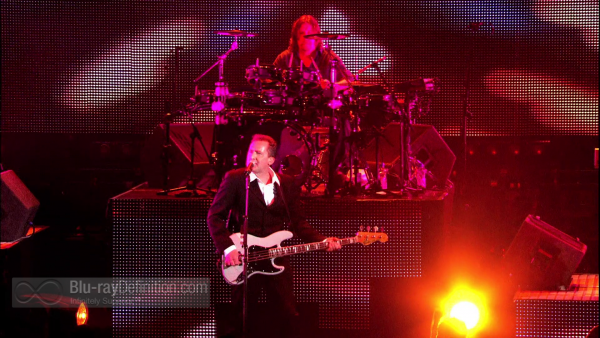 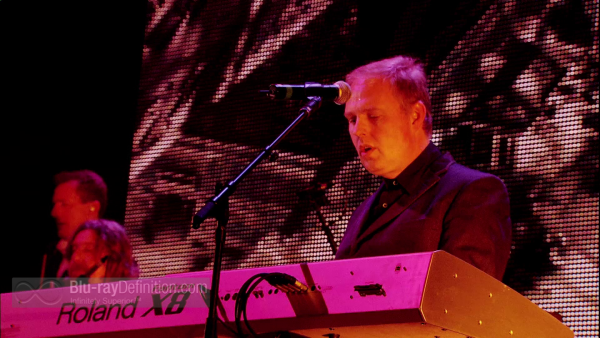 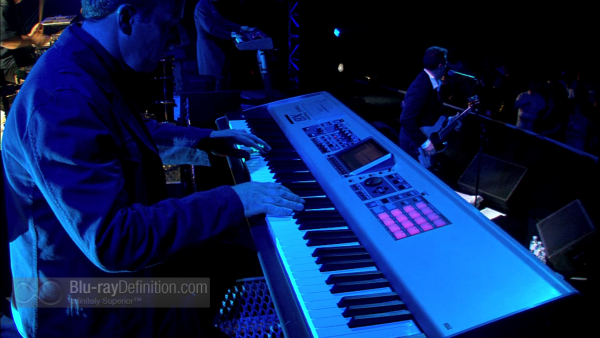 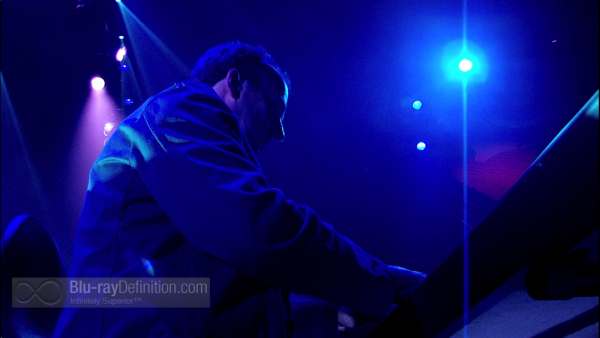 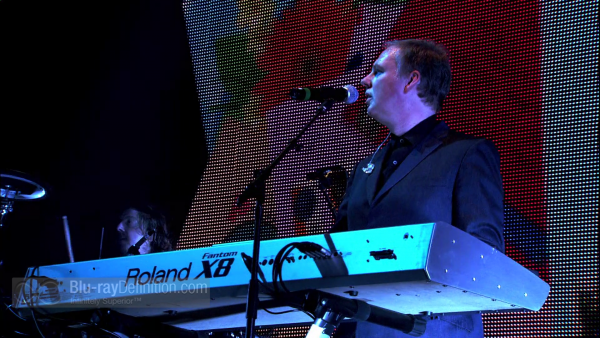 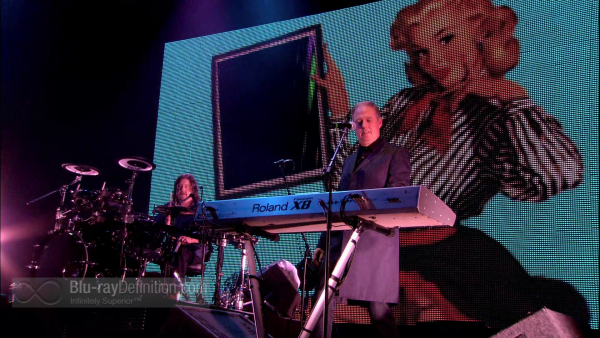 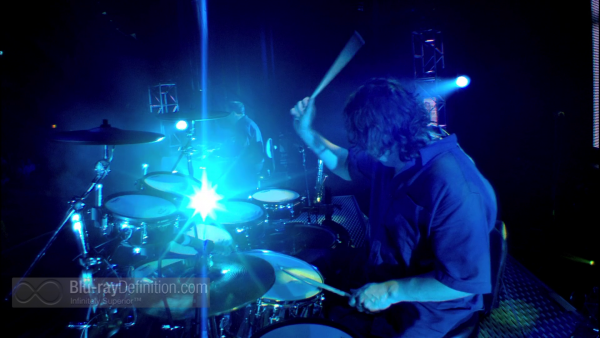 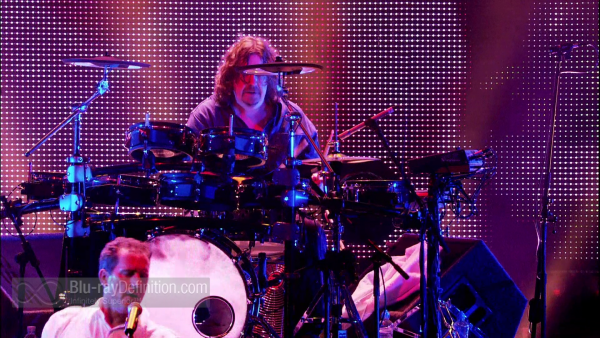 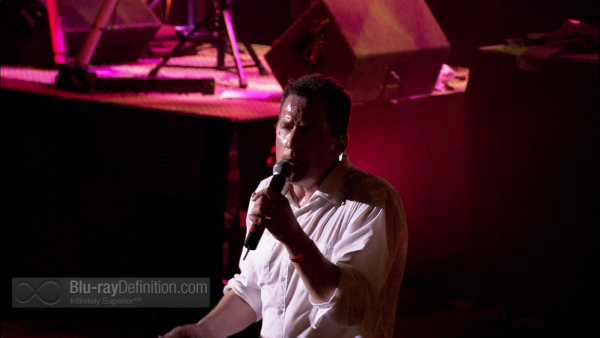 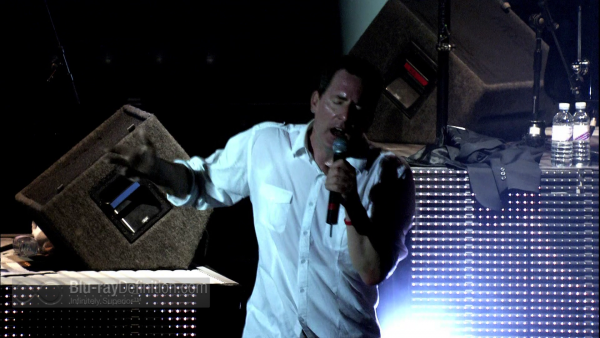 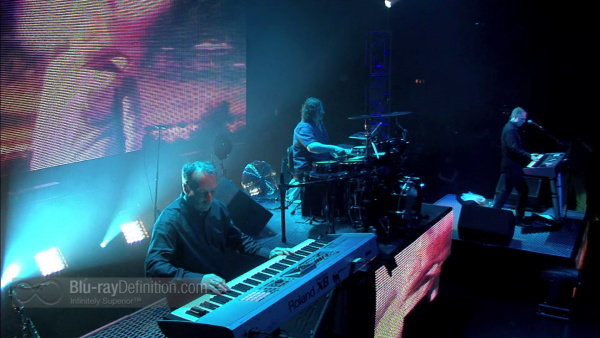