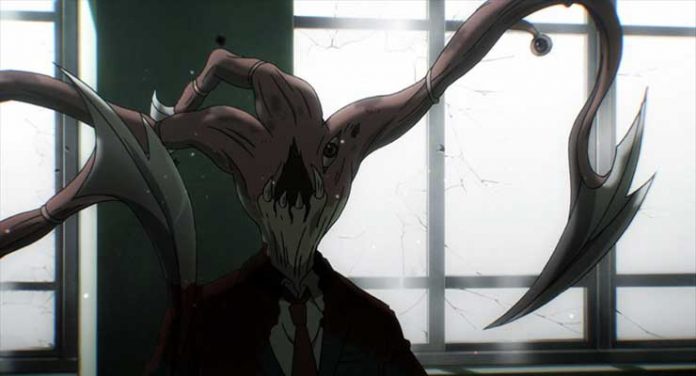 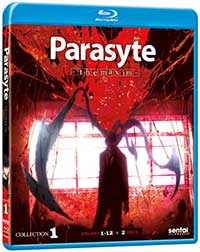 Based on the science fiction horror manga series written and illustrated by Iwaaki Hitoshi, Parasyte: The Maxim follows the once average high school student Izumi Shinichi, whose right hand becomes infected by an alien parasite. Calling itself “Migi” (right), the parasite, which failed to take over Shinichi’s entire body, instead becomes the first alien to develop a symbiotic relationship with its host body, and Migi and Shinichi begrudgingly develop a friendship and partnership in an effort to fight off other parasitic aliens that mean to harm them and take over all of humanity. In fact, Shinichi slowly begins to think, or realize that the survival of humanity may well depend on him and his ability to harness his newfound

strength, thanks to his emotionless parasitic right arm, and kill the alien parasites taking over human bodies all over. But his new condition is coming at a cost. After a particularly tough battle against one of these aliens, Migi is forced to save Shinichi’s life by sending small bits of himself throughout Shinichi’s bloodstream. The cost is Shinichi’s emotions may be lost. The first to notice this is his girlfriend Murano Satomi.

The eye-popping digital animation for Parasyte is presented in a very satisfying AVC 1080p encodement on Blu-ray that is sharp, vivid, and free from any major flaws. There may be only the slightest hint of some color banding in some of the color fills, but that is minimal at worst.

This is one of the rare releases from Sentai Filmworks that comes with an English Dub that is mixed in 5.1, and

while I still prefer the performance of the Japanese cast, the DTS-HD Master Audio 5.1 mix is very good. The often pulsating electronic score courses through each channel and engulfs you in lush, atmospheric sounds. The dialogue is full and clear, and there’s a good amount of low end. But the Japanese DTS-HD Master Audio 2.0 stereo track is no slouch either. As is often the case with Sentai releases, the dynamic range is excellent and we get a good bit of stereo spread plus clean dialogue as well.

Clean opening and closing animations and Sentai Filmworks trailers are all that are included on this release.

Science fiction horror anime series can be really good, or just average. Parasyte: The Maxim is an inventive series that brings together all the best aspects of anime, from the great graphics to the weird storytelling for an exciting experience.