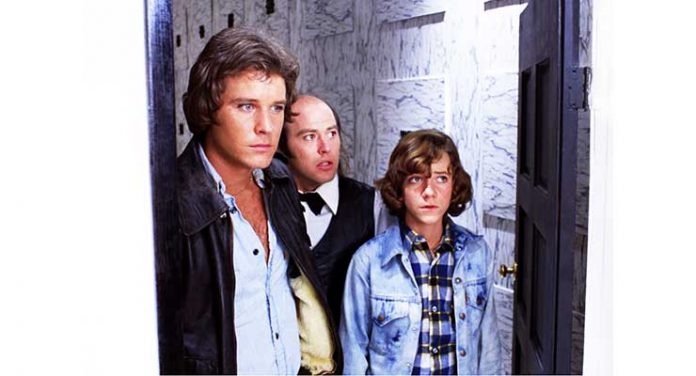 Released in 1979, Phantasm has gone on to spawn a decades-long sci-fi/horror franchise that all began with this tiny-budgeted psychological chiller from writer/director Don Coscarelli.

Spinning a slow-burning, psychological tale at times reminiscent of Canadian director David Cronenberg, Coscarelli’s film follows a group of small town friends, starting with Mike (Michael Baldwin), who spots some odd, dwarf-like creatures stealing bodies from the local cemetery. Mike recruits his older brother Jody (Bill Thornbury) and the two investigate the mausoleum in one of the first, visually chilling scenes of the film that has Jody quietly making his way through the eerie, white-marbled halls of the mausoleum only to be confronted by the mortician (Angus Scrimm), later to be referred to as The Tall Man. The Tall Man is no ordinary mortician, in fact, he’s no mortician at all, he’s a being from another dimension that has managed to break through to our world and he has superhuman strength and abilities. In order to feed his powers, he needs corpses and he engages an arsenal of flying, metallic spheres with blades that hunt down humans and exsanguinate them by sucking the blood from their skulls. Jody, Mike, and their friend Reggie (Reggie Bannister), an ice cream truck driver, find themselves caught up in a multi-dimensional nightmare where reality the subconscious become difficult to distinguish as they become the last stand against The Tall Man’s plans.

It is the heavy doses of sci-fi that eventually find their way mixed into what is standard 1970s horror fare that helped to make Phantasm go on to be a cult classic over the years. Writer/director Don Coscarelli also leaned more heavily on psycho-drama than on gore a feature some contemporary horror fans might find unusual in this post-shock horror world. Despite its spheres of death drilling into foreheads, the best bits of Phantasm come when the characters are being sent down the rabbit hole of fear, through multiple dimensions, or completely unsure of what exactly is going on or where they are. These elements make it one of the most original 1970s horror efforts. 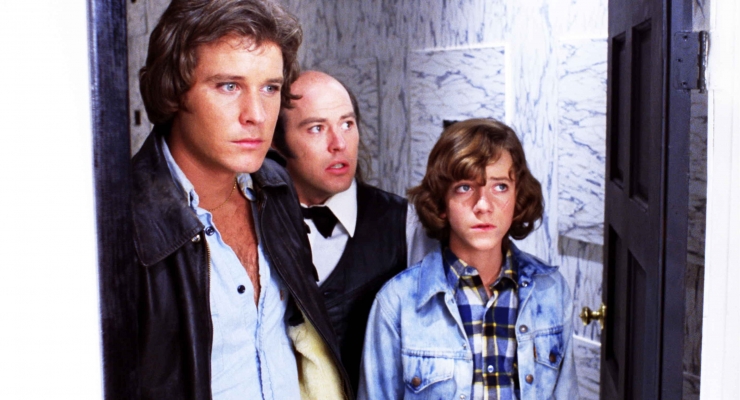 This new “remastered” edition of the 1979 horror classic Phantasm arrives on Blu-ray from Well GO USA in an AVC 1080p encodement that looks rather gorgeous given its vintage. The film’s grain structure is relatively consistent throughout with only minor increase in levels and coarseness in the dark scenes. It looks organic with very little noise or source damage and the colors are natural except where it is purposely saturated a bit, such as early on during a scene where Mike is looking through binoculars and the image as seen through the binoculars show the flesh tones with a strong red push.

Phantasm: Remastered is given a new DTS-HD Master Audio 5.1 sound mix in addition to English Dolby Digital 2.0 stereo and the original monaural mix in Dolby Digital 1.0. The 5.1 sounds nicely spruced up with clear dialogue, only the slightest hint of clipping in some of the dialogue, and a good spread of sounds in the stereo field and mild if effective discrete placement of effects through the surrounds. The 2.0 mix will be closer to the authentic mono experience while spreading the sound out for those who don’t want to go full 5.1, but also don’t want to be limited to one channel. The 1.0 is the real deal for those who want the fully authentic experience and it sounds top-notch. It’s full clean and has surprisingly little noise in the way of hiss or pops.

The audio commentary from Don Coscarelli and members of the cast presents a casual, yet highly informative program that will be an excellent listen for those looking for a new experience after having seen this film many times over. The rest of the on-disc extras will also be welcome by fans of the film, incouding the archival Graveyard Carz episode, the 1979 interviews, and the deleted scenes.

This 1979 original, now remastered by J.J. Abrams’ Bad Robot, has been born again in this gorgeous transfer. The psychological sci-fi/horror holds up even today in the world of shock horror franchises like Saw and the stomach turning The Human Centipede. Horror and sci-fi fans can come together and enjoy this one.