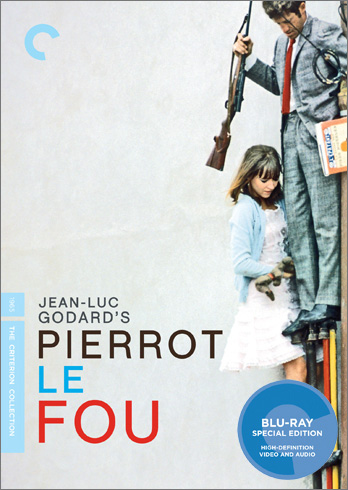 Jean-Luc Godard’s Pierrot le fou, loosely based on the pulp crime novel Obsession by author Lionel White, was the French New Wave director’s swan song to the first period of his filmmaking career. Not only tying the knots on this period of his stylistic career, but saying farewell to his crumbling marriage to leading lady Anna Karina, Godard crafted a rambling, colorful film eschewing traditional narrative that railed against consumerism, romanticism and even the pop-culture that drove its visual aesthetic. 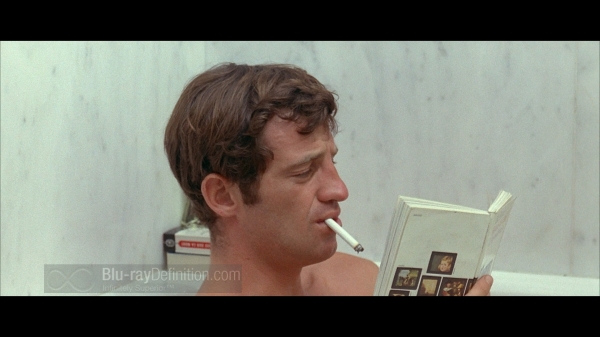 Jean-Paul Belmondo is Ferdinand, an out-of-work ad executive in an unhappy marriage who leaves his wife and children behind for the babysitter Marianne Renoir (Karina), a woman with ties to an Algerian underground military group. Together the two take off on a murderous journey from Paris toward the Mediterranean like Bonnie and Clyde. Their relationship becomes increasingly complicated as their journey continues, with Ferdinand withdrawing into books and his journal. Their dialogue is disjointed and obtuse, there are musical segments and moments of quiet romance. As Godard put it, he wanted to make a film about “the last romantic couple.” But Godard’s intentions were also somewhat subversive. He was also lashing out at his wife, Anna Karina. By the end of the filming, their marriage was over and Karina would no longer be the leading lady in Godard’s films. In Pierrot le fou, one can see the increasing destructiveness of the romance between Ferdinand and Marianne as their journey together begins to go awry.

With a broad narrative and many improvised scenes, Godard used bold primary colors, particularly visceral reds and hot whites, against a set of pop art, Picasso and Renoir paintings, to form the look and feel, if you will, of Pierrot le fou. When scenes didn’t quite work, he used technique to drive them, rather than traditional story. When Pierrot le fou works, it is a brilliant frenzy of hyperactive energy; a living comic book, moving frames of raw energy and emotion. At its weakest moments, Pierrot le fou feels a bit awkward and clumsy, but it still fits together nicely on the whole. 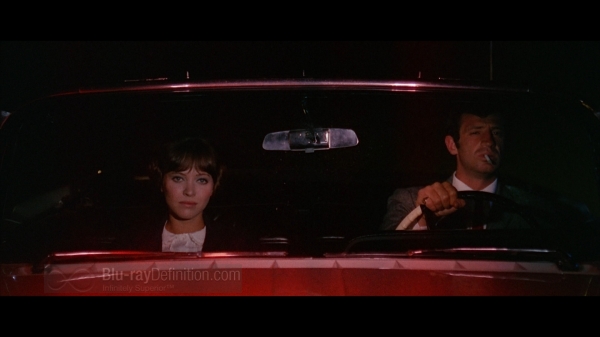 The image quality of Pierrot le fou’s original 2.35:1 framing in this AVC/MPEG-4 encoding from Criterion is sublime. The film’s grain structure is preserved, flesh tones are natural and colors are vibrant. Detail is strong and extended well into background elements. There is an overall film-like quality straight through, and surely Godard’s now classic film has never looked better. 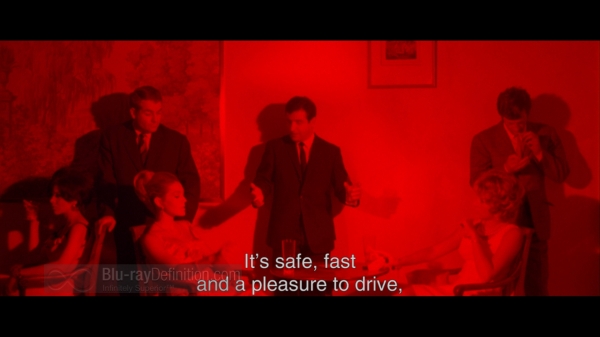 The original French monaural soundtrack was remastered from a 35mm optical track print. Clicks, thumps, hiss, and hum were manually removed using Pro Tools HD and crackle was attenuated using AudioCube’s integrated audio workstation. It is presented on this Blu-ray release from Criterion in a LPCM 1.0 (48kHz/24-bit) configuration that sounds clean, detailed and relatively dynamic given its age. The fact that it is provided in a true monaural 1.0 configuration is much appreciated by this reviewer.  Dialogue is clear and any sibilant distortions or clipping is hardly noticeable. 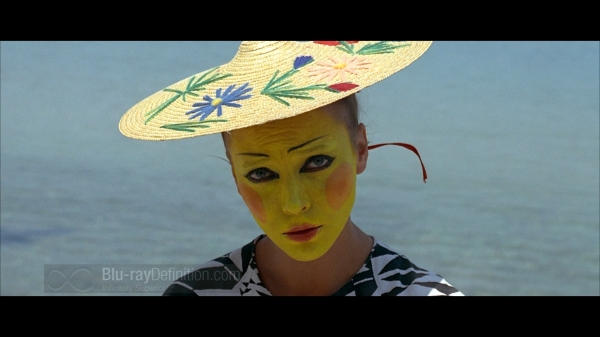 As The Criterion Collection is known for, Pierrot le fou is provided with a hefty dose of in-depth supplements providing ample amounts of background information on the director, actors, and the film itself. They all help to provide a deeper understanding of the film, its artistic merit and its place in cinematic history. 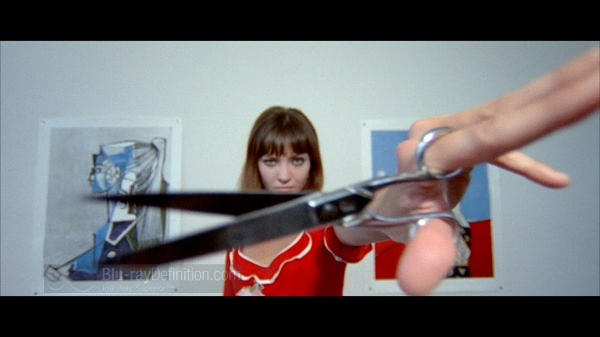 Pierrot le fou can be perplexing to anyone watching the film for the first time. Its lack of a narrative in the traditional sense of the term and heavy reliance on style and technique over a solid screenplay make it at first a frustrating film. But, Godard’s frenetic vision, his postcards to pop art, railings against love, romance and the constraints of the bourgeoisie quickly come into colorful focus upon multiple viewings and this Blu-ray release from the Criterion Collection renders the film in a near flawless fashion.