From Up on Poppy Hil Blu-ray Review 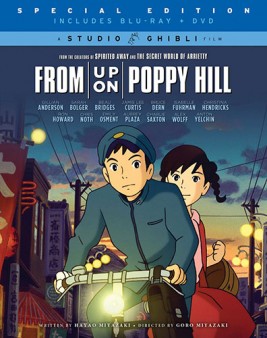 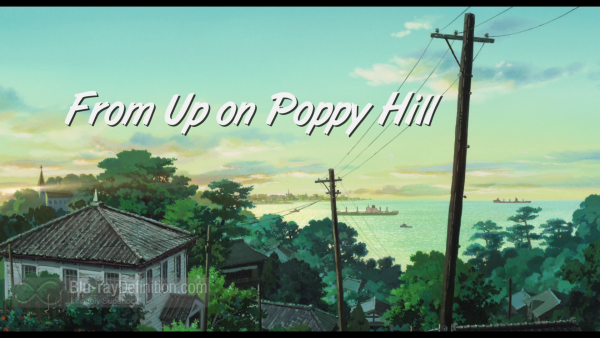 From Up on Poppy Hill is director Miyazaki Goro’s coming of age story of teenage love set in 1964 Yokohama in the lead up to the Tokyo Olympics. Based on a girls’ manga from the 80s, the story follows the high school girl Umi, whose father was a sailor who died in the Korean War, and high school boy Shun. The pair of teens take a liking to each other when they get caught up in their school clubs’ attempt to save their aging clubhouse from being demolished in preparations for the upcoming Olympic Games. As Umi and Shun’s friendship turns more romantic, obstacles are placed in their path when information about Shun’s past comes to light.

From Up on Poppy Hill dispenses with the usual fantastical elements of Studio Ghibli productions and gives us a quiet, slice-of-life story of young love. While the film does seem stagnant at times, the animation is no less lavish and breathtaking than what we’re used to. The exploration of coming to grips with rather mature ideas, as viewers will see through the revelation of Shun’s heritage toward the end of the film’s first half, is something that, like all Ghibli films and anime in general, pushes the limits of what the art form of animation can do. More so than American studios like Disney and DreamWorks Animation, studios like Studio Ghibli and other anime producers are unafraid to aim high thematically, touching on subjects that some might find too difficult.

From Up on Poppy Hill may not be one of the great masterpieces in the Studio Ghibli canon, but even a minor film from Ghibli is often steps above other animators, and this one is no exception. From the richly detailed imagery to the strength of both the Japanese and English voice casts, this one is a pleasant and touching family film. 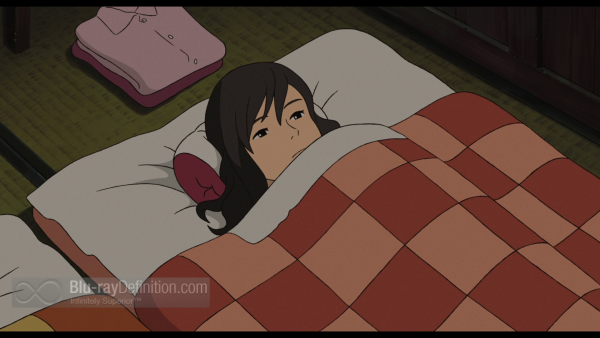 A flawless presentation of the digital animation is included in an AVC/MPEG-4 1080p encodement from NewVideo on Blu-ray. The image is bright and vivid with beautiful colors, crisp detail, and so signs of noise or banding. 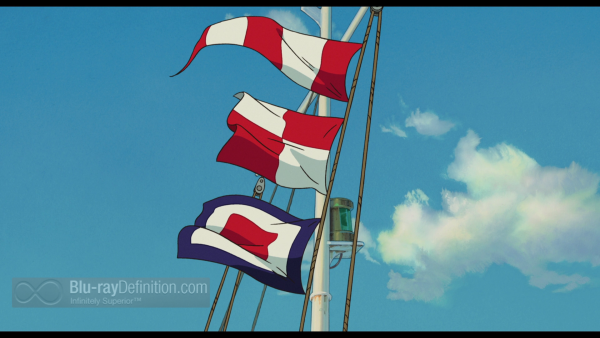 Japanese-language and English dub surround tracks are offered in lossless DTS-HD Master Audio 5.0. That subwoofer is hardly missed in a mix that is full and wholly active with a marvelous sense of realism and balance, capturing the sounds of Yokohama through the 5 channels and some moments where the high school students sing find the chorus of voices mixed into all 5 channels. 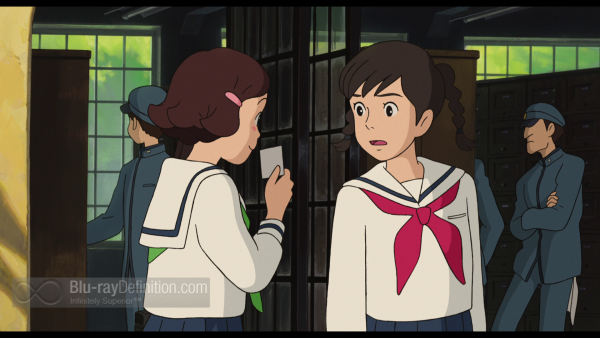 We are given a solid slate of production featurettes, interviews, and storyboards. 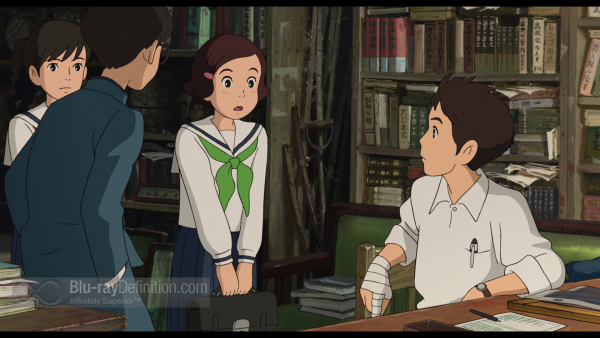 A beautifully animated slice of life, coming of age teen romance, From Up on Poppy Hill is one of those few Studio Ghibli films that forgoes the fantastical elements for the more down to earth, and in the end serves up an intelligent and touching story for young adults and adults alike. 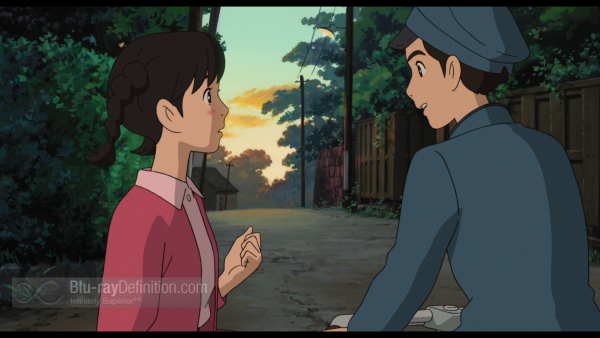 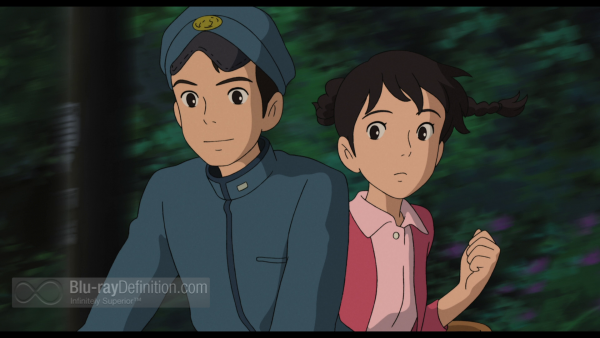 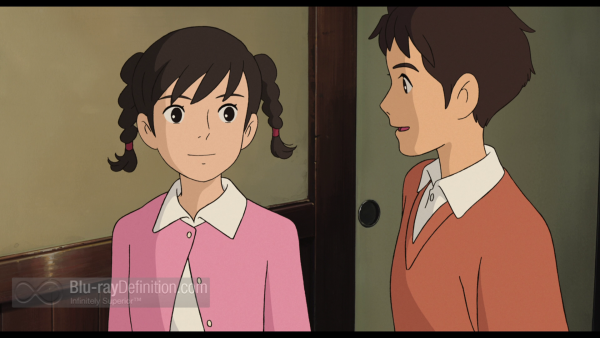 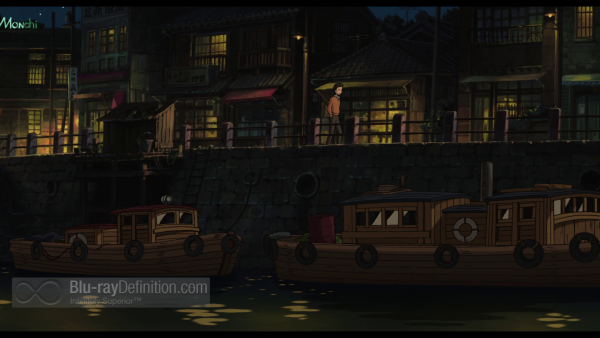 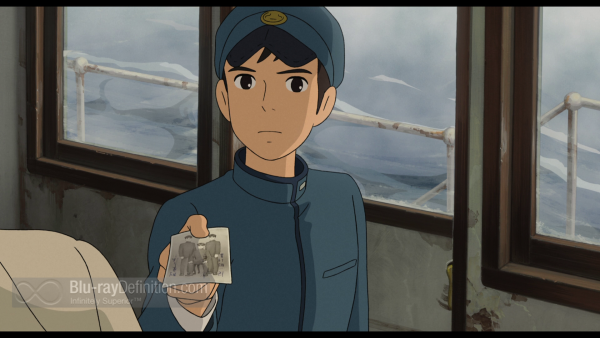 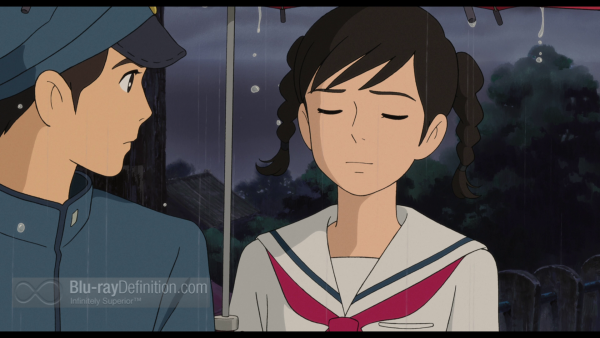 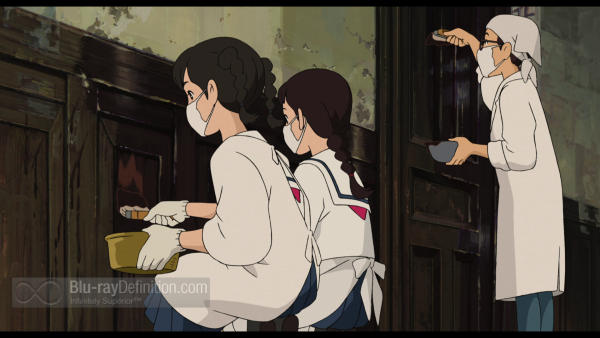 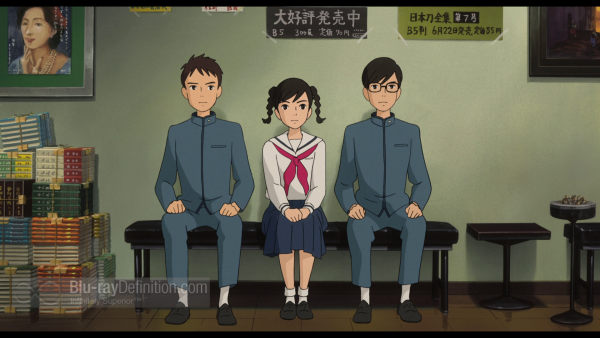 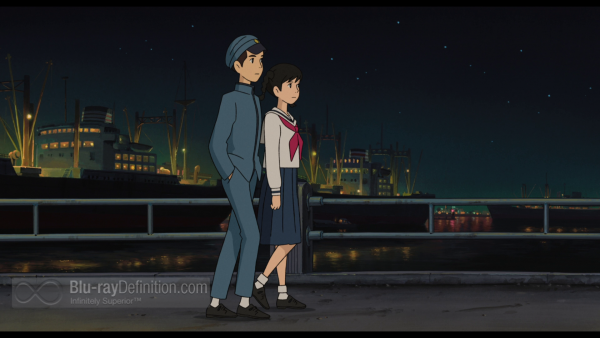