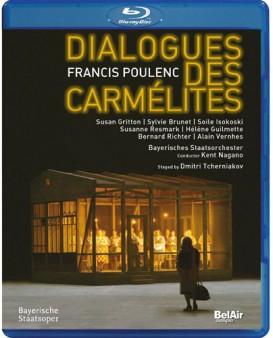 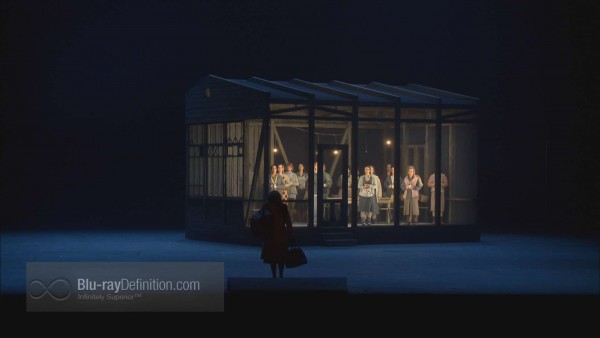 Dialogues des Carmelites, the only opera written by 20th century French composer, Francis Poulenc, is also one of the very few post-Puccini works to achieve international repertory status. Dialogues, originally set in Revolutionary era France, tells the story of  a small group of Carmelite nuns who chose martyrdom rather than renunciation of their beliefs to the new populist regime. While modern in terms of its1957  composition date, Poulenc’s musical idiom is quite accessible with long stretches of gorgeous vocal and orchestral writing. If you have heard Debussy’s only opera Pelleas et Melisande, you would readily recognize Poulenc as his musical heir. This 2010 Dmitri Tcherniakov production stems from a series of performances by Munich’s Staatsoper Orchestra and Chorus under the  guidance of veteran conductor Kent Nagano. Tcherniakov transports this opera from the 17th to the 20th century, so be prepared for relatively sparse sets with the convent appearing as a small drab room with exposed beams and studs.  Most of the soloists, as might be expected from the title, are women. This production has the good fortune to have a strong cast taking on the major roles: the young novice Blanche (Susan Gritton), her companion Constance (Helene Guilmette), the senior nuns, Madame de Croissy (Sylvie Brunet), Madame Lidoine (Soile Isokoski), and Mere Marie (Susanne Resmark).  It is also blessed with excellent orchestral playing and musical direction. As noted below, there are a number of substantial drawbacks to this production. 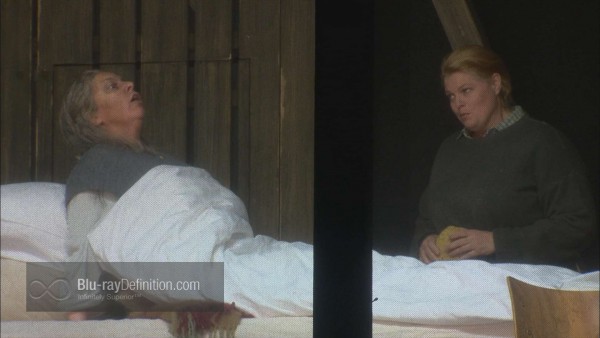 Most of the opera’s action takes place in a single room which is transformed for different functions in the varying scenes. The wardrobe is thoroughly 20th century and the nuns are garbed in nonecclesiatical, occupational blouses and trousers. Unfortunately, there are visual problems that literally plague this video throughout. The layout is not helpful to the videographers, as the many exposed beams and studs obstruct clear shots by the cameras. There is some kind of “mosquito” netting which casts a noticeable grid over the faces of the singers during the many close ups.  If this were not enough, this is a “filmed” HD performance that has copious and distracting motion artifacts anytime a character moves rapidly on the stage. Adding to my list of video gripes, director Tcherniakov has not only taken liberties with the era, affecting costumes and sets, but, incomprehensibly, he alters the final scene beyond recognition. In the original version, as the nuns are being led off stage to the guillotine, with each orchestral thwack, one more voice disappears leaving the audience with a stunning silence at the end.  In this production, the convent set becomes a gas chamber and the nuns are rescued by Blanche who apparently perishes when the house explodes. 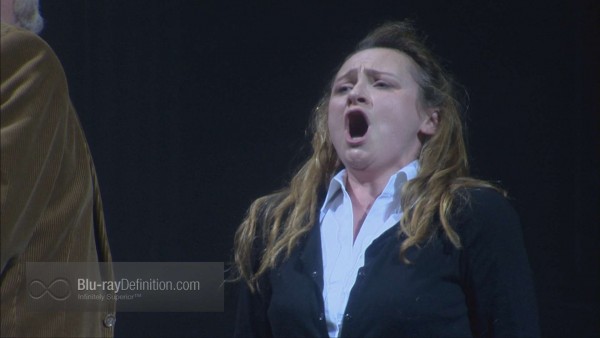 The DTS-HD Master Audio 5.1 recording is excellent although the prominent orchestral sound figures, due most likely to the distant location of the central set from the proscenium. The voices are well captured and, while some of the principals are not native French speakers, the diction, so important to capturing the mood of this piece is superb.  There is a modest amount of ambience from the surround channels until the end credits when there is a loud mixture of cheers and boos. 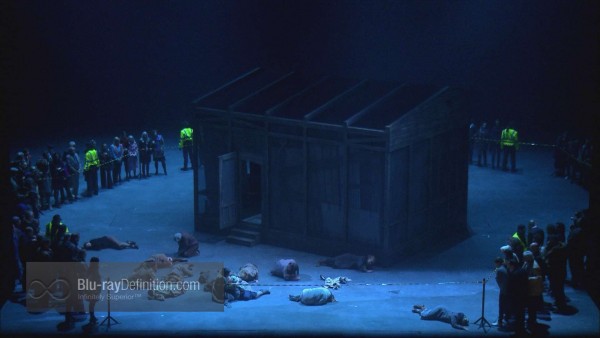 There are no extra materials. This is a disappointment as many potential viewers will be coming to Dialogues for the first time. 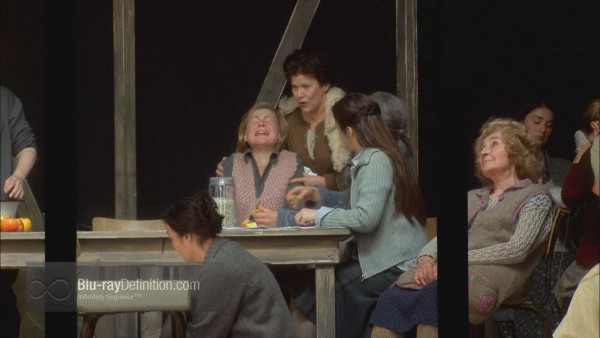 There is only one other Blu-ray version of Dialogues des Carmelites,  a Nikolaus Lehnhoff production that has a modern minimalist set and is not aided by a mostly German cast, several with serious vocal problems, and most of whom lack the French idiom.  By default, the current set, with its visual limitations and directorial aberrations becomes the choice if one must have a BD performance of this masterpiece.  There are two DVDs worth mentioning as both have their strong suits: the Riccardo Muti-led La Scala performance and the L’Opera National du Rhin production, directed by noted actor Marthe Keller.  This current Blu-ray features strong singing by the principals and the outstanding musical direction of Maestro Nagano.  It is also a most moving work that focusing on the very essence of spirituality and belief. If one were simply to listen to the soundtrack, it would be a strong competitor for best in show. But the video vagaries of the film itself, the “modernization” of the sets and costumes and the directorial decision to change what is one of the most potent endings in all of opera will spoil this Dialogues for many viewers. 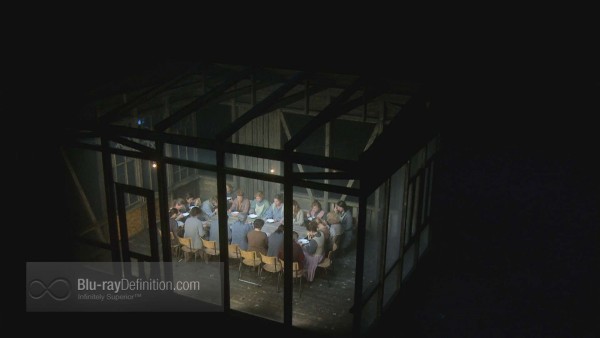 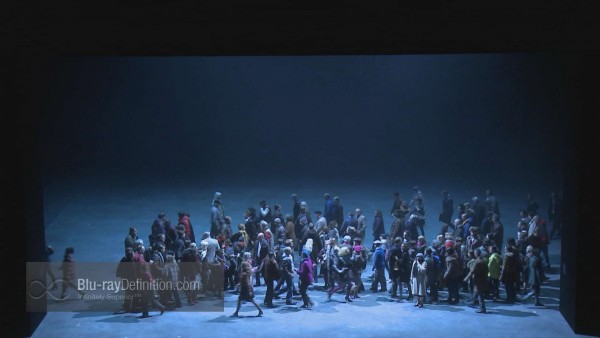 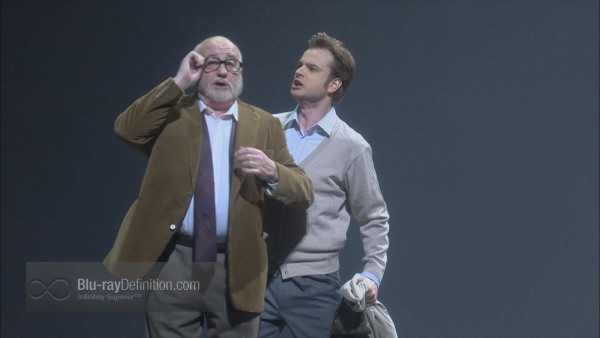