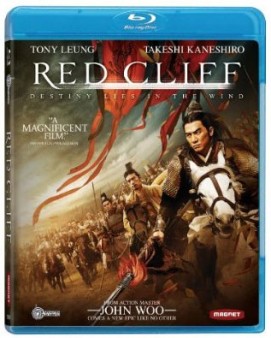 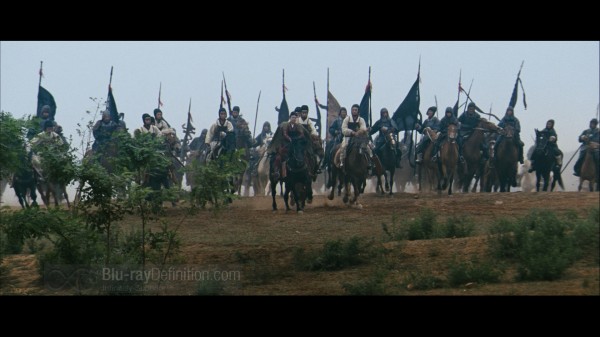 Director John Woo (Face/Off, Paycheck) is probably China’s most famous and successful filmmaker to date. His films are known worldwide and he has garnered a reputation for being one of the greatest action directors of our time. Now he has gone back to his Chinese roots with the epic story of Red Cliff, one that he has wanted to make for over two decades.

Red Cliff is a historical tale set in 208 A.D. that tells the story of the end of the Han Dynasty and it is a story that is known throughout Asia. As the power hungry Prime Minister Cao Cao (Fengyi Zhang) wields control over the young Han emperor, he convinces, or, rather, forces the emperor into a war against “rebels” in the south.

The decisive battle will take place at an area called Red Cliff. It is the site of China’s most famous battle, where today Chinese school children still learn of this moment in their history.

Red Cliff is more than just a film filled with violence. It is David versus Goliath, as the Southland alliance, outnumbered against Cao Cao’s 800,000 men must use all of their skill and wits to win the day. John Woo’s storytelling style and visual approach is magical in Red Cliff, almost approaching the methodical precision of Akira Kurowsawa. Granted, there are moments in the film where it lapses into platitudes on heroism, but these are well worth it for the spectacle and grandeur that is Red Cliff. It is like a massive chess match with each of the main characters and all of the elements of nature playing out to the ultimate conclusion. 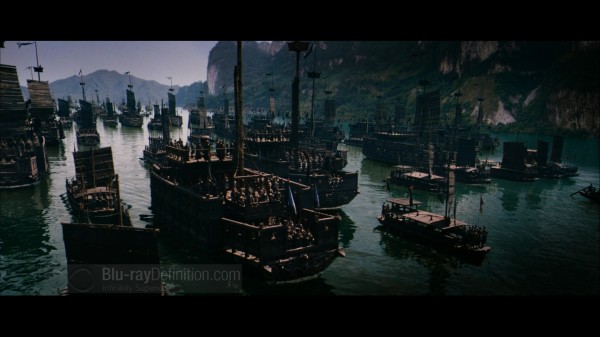 A film this epic demands an equally grand transfer, and Red Cliff’s VC-1 encoding doesn’t disappoint. It is clean, detailed, and offers strong color reproduction. The shadow delineation is extended, flesh tones are natural, mid tones are rich, and the encoding is mostly free from artifacts. I did notice some aliasing in one shot that was obviously part of the visual effects and not due to the encoding. 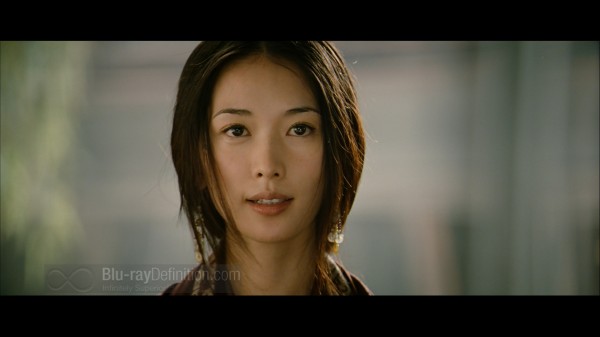 Original Mandarin and English dubs are provided in DTS-HD Master Audio 5.1 mixes. I used the Mandarin mix as the reference for this review. It’s a dynamic mix that surrounds the listener in galloping horses, the pounding of drums, the booms of explosions and the din of war. Dialogue is all clean and clear, but, although my Mandarin is hardly strong — and by “hardly strong” I mean, non-existent, — I could swear some of the dialogue seems a bit out of synch. Overall, it’s a very solid and enjoyable soundtrack. 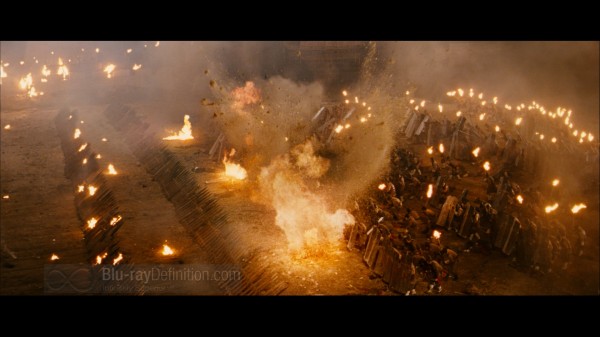 With a two-and-a-half hour long making-of featurette and a couple of featurettes featuring interviews with John Woo, the supplements on Red Cliff are decent, but hardly a windfall. 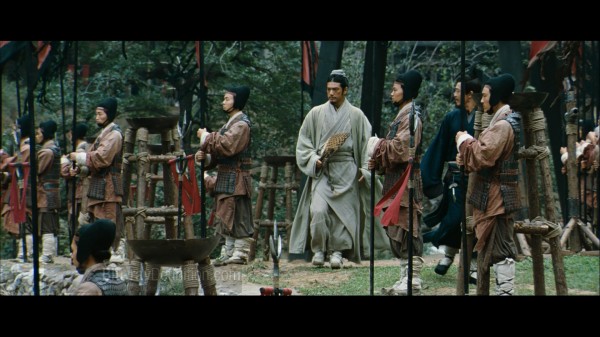 With Red Cliff, Woo delivers a thrilling look at a defining moment in Chinese history and there’s really only one word I can think of to describe the Blu-ray of this thrilling epic — glorious! 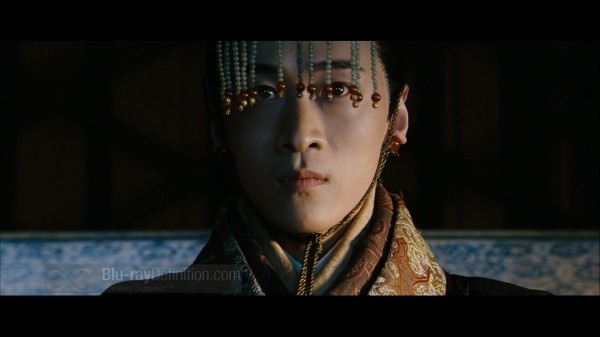 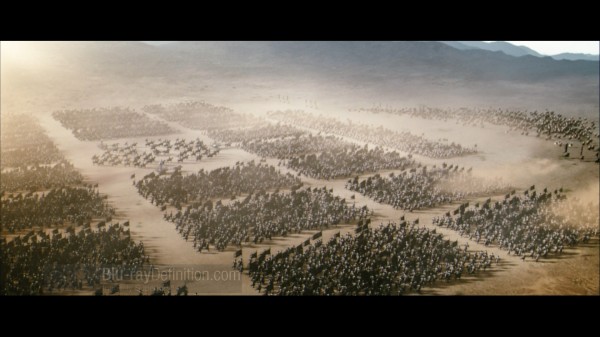 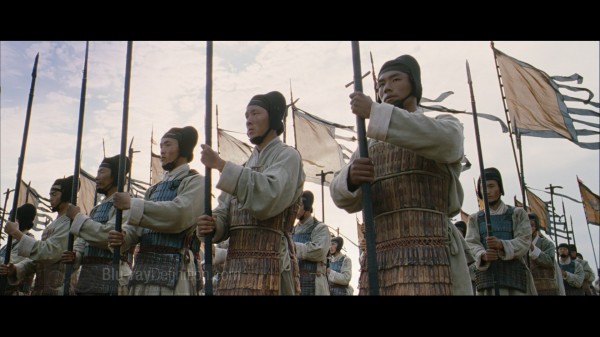 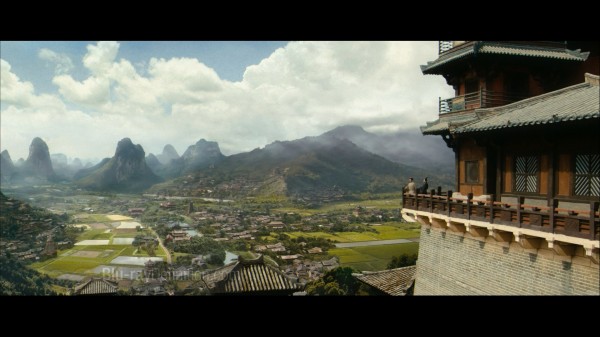 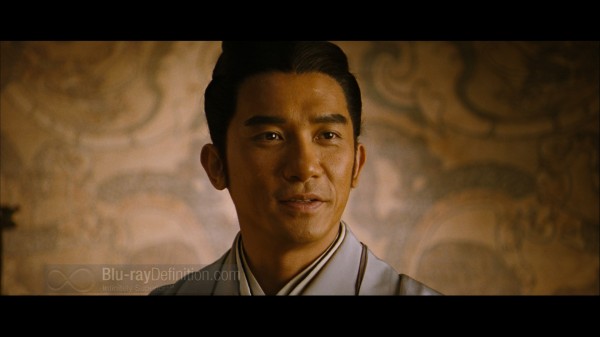 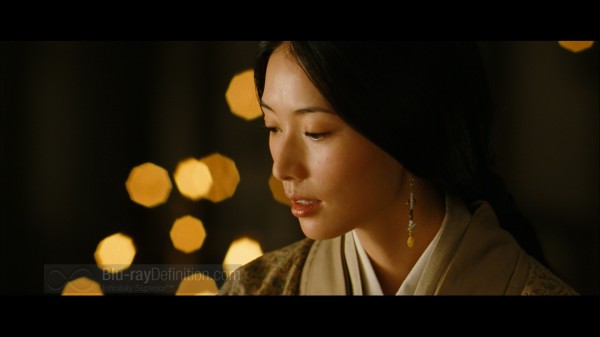 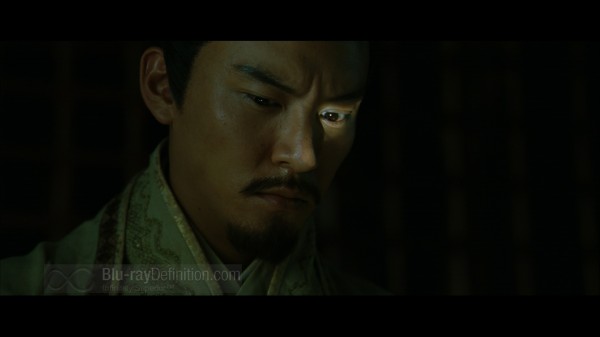 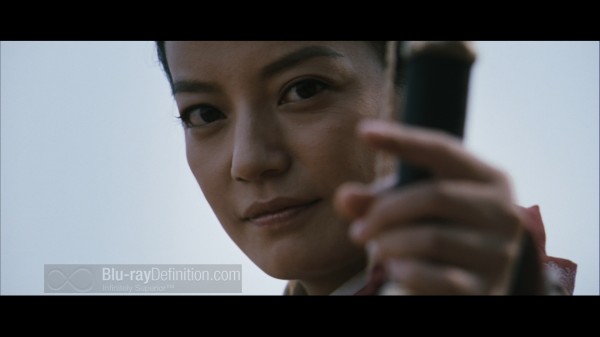 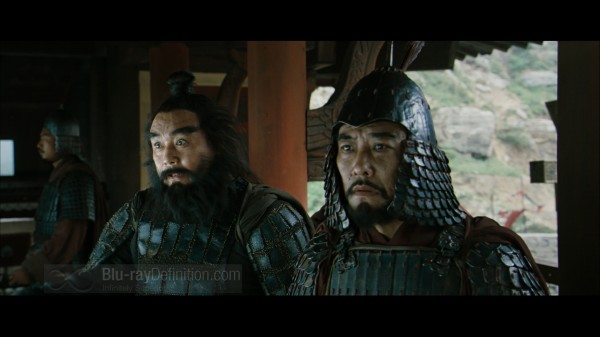 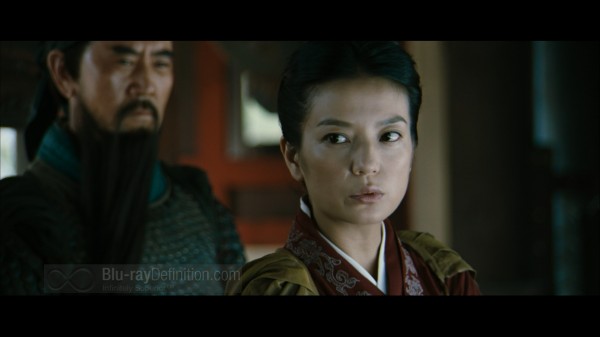 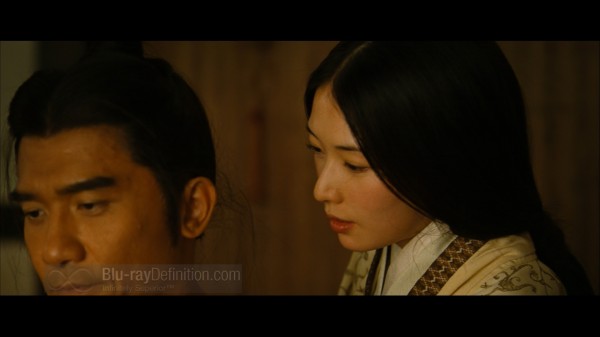 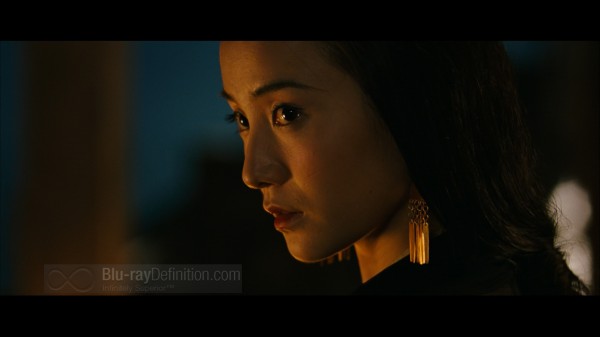 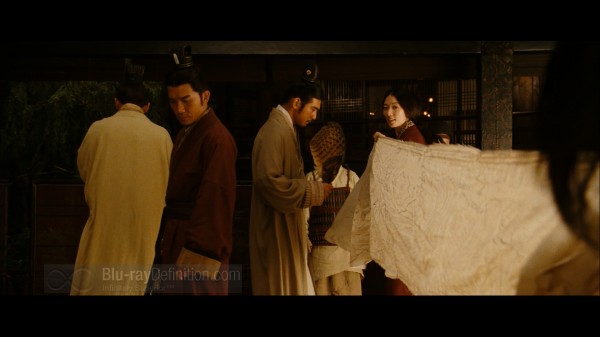 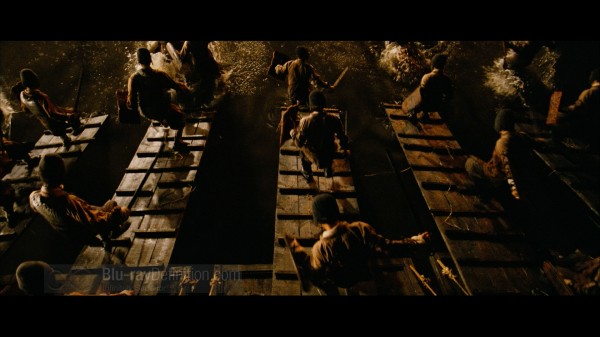 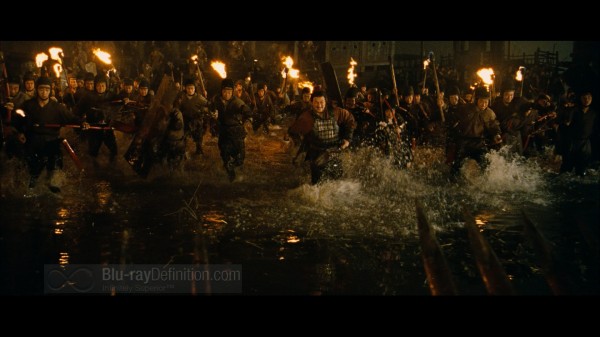