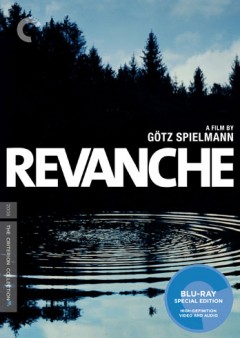 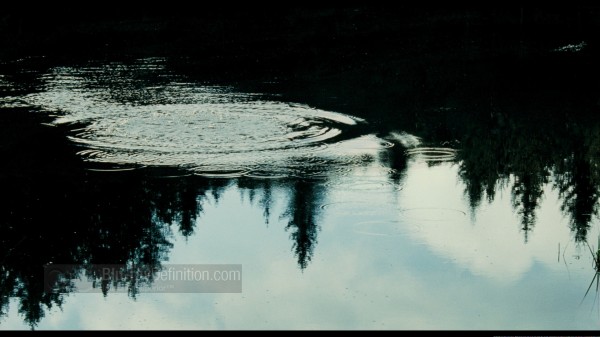 Revanche, nominated for an Oscar for Best Foreign Language Film (2009), is also Austrian writer/director Götz Spielmann’s first film to find distribution in the United States. It’s a slow burning character driven psychological thriller that spurns the Hollywood tradition of putting the action first in favor of developing depth in its characters and rather than putting forth plot twists that sacrifice plausibility, it puts forth true-to-life scenarios in a slice of life story.

Götz at first lures viewers into Revanche in what appears to be a typically seedy crime story about sex, drugs, and underworld crime in the red light district of Vienna, as ex-con Alex (Johannes Krisch) and his stripper/prostitute girlfriend Tamara (Irina Potapenko) try to scratch out a normal existence, but Tamara’s job at a Vienna brothel, where Alex is also employed as a bouncer, gets in the way. When Tamara’s boss tries to force her into becoming a call girl and has her beat up when she refuses, Alex plots to rob a local bank in the rural farm area where his grandfather, Hausner (Johannes Thanheiser) resides, run away with Tamara, and take the money to invest in a friend’s business.

A shift occurs in the film from this point, as, of course, things do not go as planned. Revanche is no longer so much a typical crime drama from here on, but something so much more subtle and far more complex.

Alex holds up at his grandfather’s farm to figure things out and his life intersects with his grandfather’s neighbors, married couple Susanne (Ursula Strauss), a grocery store owner, and Robert (Andreas Lust), a cop. Robert also happens to be the same cop who interrupted Alex’ bank robbery, but he doesn’t know who Alex is. They are having problems of their own, being unable to have children, and in their seemingly perfect marriage things aren’t quite what they seem. Robert is suffering emotional problems in the wake of the bank robbery that is also taking its toll on his marriage. When Susanne checks in on the elderly Hausner to see how he’s doing, she seizes on Alex as the prime candidate to have an affair with and father her child. She invites Alex over to her house one night when she will be alone and the two have what one might call an awkward and antagonistic, yet heated affair, having sex right on Susanne’s dining room table.

Götz’  film is filled with these little connections and intricate character developments. It’s a thriller, but not in the traditional Hollywood sense of the genre. The real suspense in Revanche is whether Alex will ever be exposed as the bank robber or if his and Susanne’s affair will be found out.  It is a real-life drama more than anything else, never lingering on the actual crime, or the “revenge” of the title. Those things are all secondary to what Revanche is actually telling. I see it as a film about people trying to connect with others, more than anything else. Götz does a brilliant job of bringing all the individual stories together and making them work. 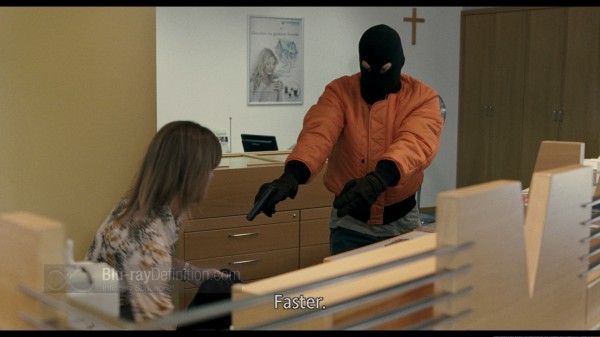 Revanche’s transfer was approved by director Götz Spielmann and was created from the Super 16mm color negative, which was scanned at 2K on a Northlight scanner and color graded on a Baselight EIGHT system.

Being only 16mm, there is only so much detail one can expect to see in Revanche, but the film is surprisingly clean, sharp and detailed with a subdued amount of film grain. In fact, one could be fooled into thinking this was shot in 35mm. The transfer does well to preserve the look of the film without adding any artifacts and preserving the film’s natural grain structure. I saw no added compression artifacts, post-processing artifacts such as edge enhancement, or video noise. There were some minor issues with black crush occasionally, but shadow detail was still fairly good in darker scenes given the nature of the production. Flesh tones were absolutely spot-on and the color production was stable throughout. 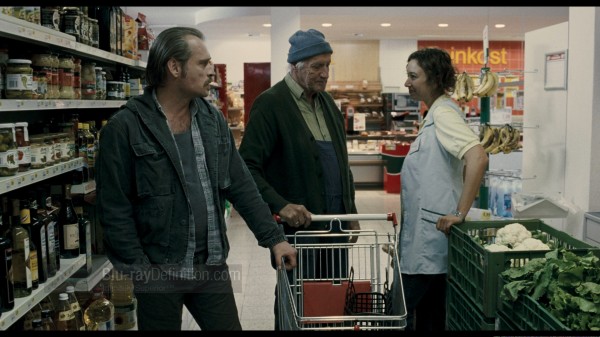 The soundtrack is provided on this release in a DTS-HD Master Audio 5.1 (48kHz/24bit) encoding. Dialogue is clean and although there isn’t much in the way of discrete sound effects, there are many atmospheric sounds that fill the surround channels such as chirping birds, traffic noise and rain. They are all subtle, but audible. It’s a well done mix for the material at hand. 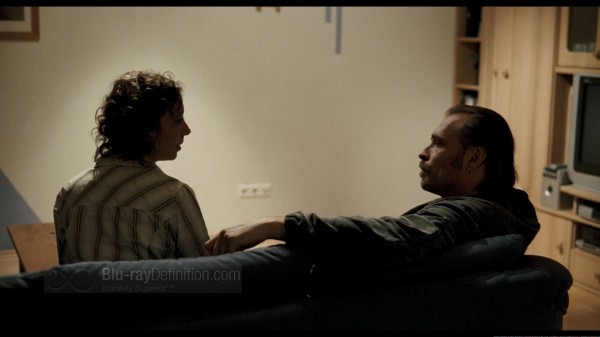 Typical for a Criterion release, Revanche comes with a number of interesting supplements exploring the film and its creators. Revanche also comes with an additional short film by director Götz Spielmann. 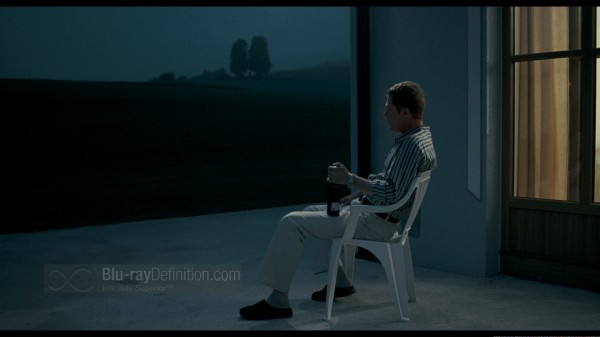 Revanche was definitely worthy of earning an Oscar nomination. This superbly acted and well-directed drama is suspenseful, unsettling, and ultimately engaging in a truthful manner. It’s been given a quality high definition treatment on Blu-ray from Criterion that is reference material and worthy of this excellent film.