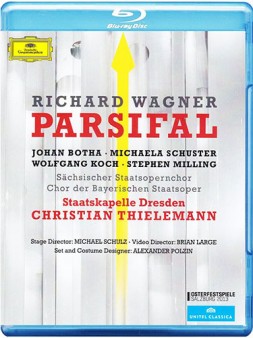 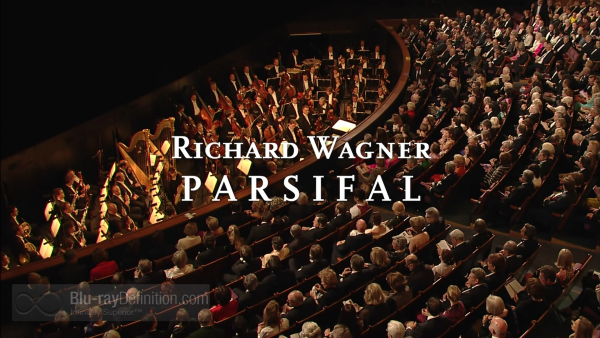 Richard Wagner’s Parsifal, his final and perhaps crowning operatic achievement, is an amalgam of spirituality, mysticism, and carnality that is based on the legend of the Holy Grail. 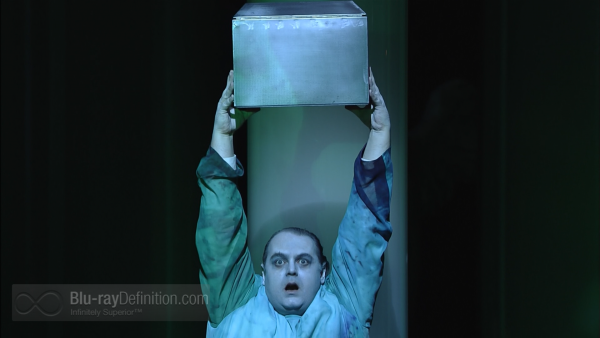 Parsifal opens in a medieval castle near Montsalvat (Spain). There, the Knights of the Grail guard the precious chalice believed to have once contained the blood of Christ. Amfortas (Wolfgang Koch), the king of the castle, has an incurable wound (inflicted by the now missing lance that pierced Jesus’s side) as punishment for his having sinned in the kingdom of the evil wizard Klingsor (also played by Koch). Amfortas was seduced by the beautiful Kundry (Michaela Schuster) who is condemned to a double life as Klingsor’s agent of lust and as the penitential servant to the Knights and the Grail. Klingsor himself once aspired to be a Knight but was expelled due to his inability to control his desires and having castrated himself, proceeded to learn the dark arts. 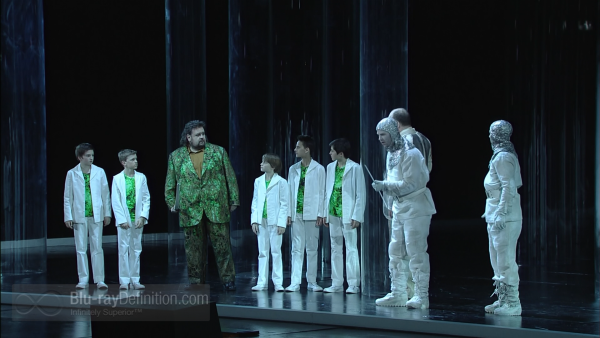 Amfortas can only be healed by the power of a “blameless fool made wise through pity.” This individual turns out to be Parsifal (Johan Botha) who happens on the scene, having killed a swan. The Knight Gurnemanz (Stephen Milling) initially dismisses him and Parsifal wanders off,  finding Klingsor’s flower-maiden garden. Kundry attempts to seduce Parsifal but when she fails, she calls on Klingsor who hurls the Holy Spear at Parsifal but misses. Parsifal takes the spear, and making the sign of the cross, causes Klingsor’s death. 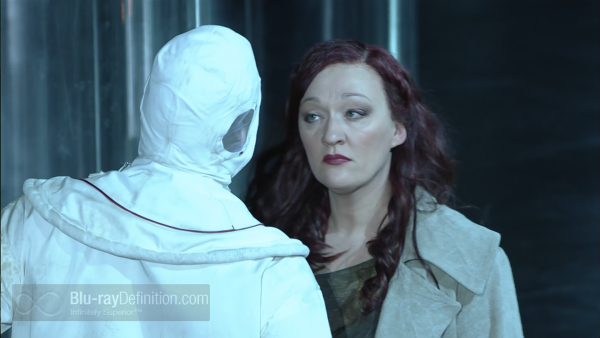 The action returns to Montsalvat, years later. Gurnemanz finds Kundry unconscious and revives her. A strange knight appears bearing the Holy Spear. It is Parsifal, and Gurnemanz entreats him to minister to Amfortas, whose father Titurel (Milcho Borovinov) has died. The funeral coincides with Good Friday. Parsifal, baptizes Kundry, and all three travel to the Castle of the Grail. When Parsifal touches Amfortas’s wound with the Spear, he is healed and forgiven of his sins. Kundry, now purified, dies and her soul goes heavenward. 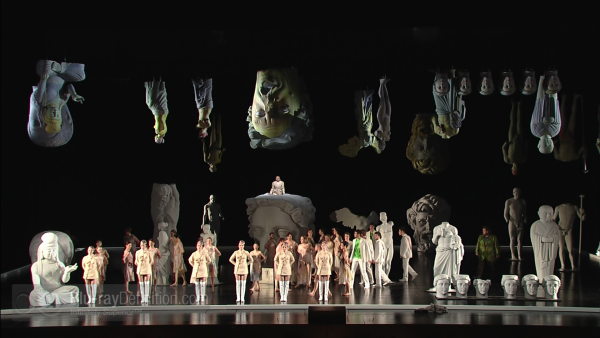 This 2013 Salzburg Easter Festival performance finds Christian Thielemann conducting his personal orchestra, the Dresden Staatskapelle and the choirs of the Bayerischen Staatsoper and Salzburg Festspiele.  The musicianship is at the highest level with strong performances by all of the principals and choruses. There is some truly bizarre stage business at work. As examples, a wordless actor portrays Christ who is symbolically crucified while Klingsor acquires a “mini-me” dwarf who is strangled by Kundry in Act II. 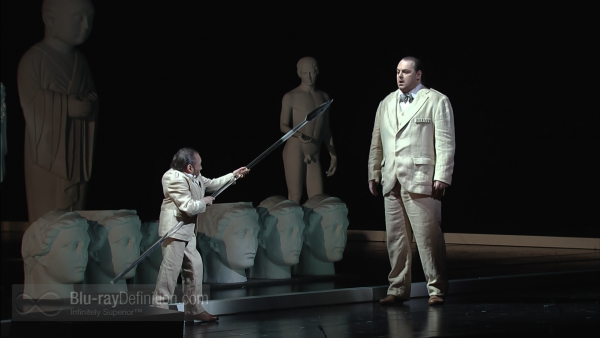 There is a collection of columns that change colors throughout Act I, while Act II features a collection of Greek columns and broken sculpture, Act III, a raked grid. Brian Large’s superb videography simply highlights the inherent ugliness of Alexander Polizin’s space-era costumes and Botha’s garish green suit that accentuates his girth. Colors are well-conveyed, details, crisp. 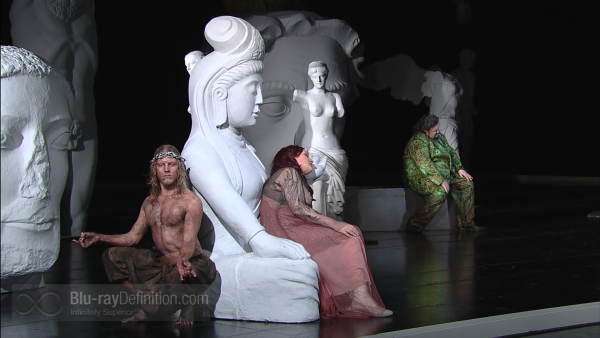 The audio in both two- and multichannel versions is excellent, with the latter producing a surfeit of stage noise. The large chorus gets its sonic dues and the soloists are a bit more prominent than would have been the actual case in the Festspielehaus venue. The surround channels yield a touch of ambience. 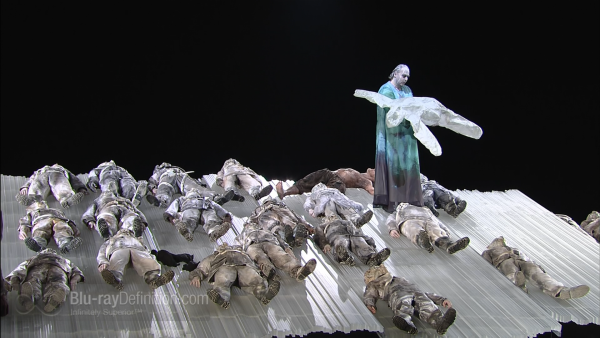 Given the novelty of director Schulz’s concepts in this production, some behind-the-scenes extras would have been welcome. These we do not get but there is a decent program booklet. 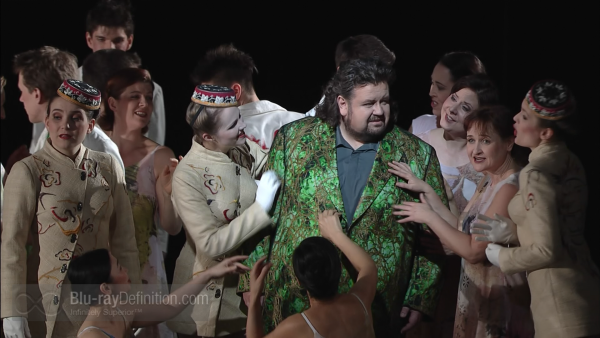 Performing this epic work is the musical equivalent of scaling Everest or Kilimanjaro. To succeed, the music director must keep its momentum during the many moments of inaction on stage, and here maestro Thielemann delivers the goods. Similarly, the principals have clearly bought into Thielemann’s approach and deliver a collective great sing. As noted previously, director Schulz’s odd and often perverse stage business is the weak link in this performance, and may put off those traditionalists in the audience. This Parsifal’s saving grace is the strength of its musicianship, and given that there is only one Blu-ray competitor, also with odd staging and inferior singing, this will be the Parsifal to get (unless the 2013 Metropolitan Opera production gets its high resolution disc). 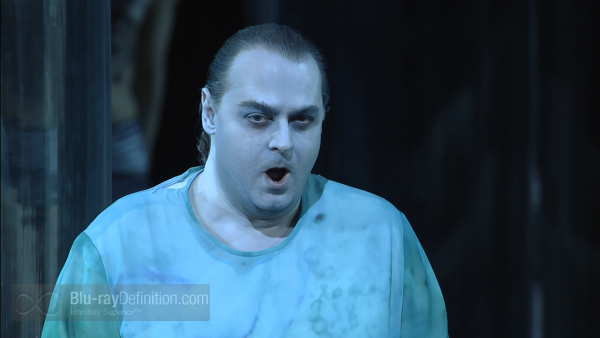 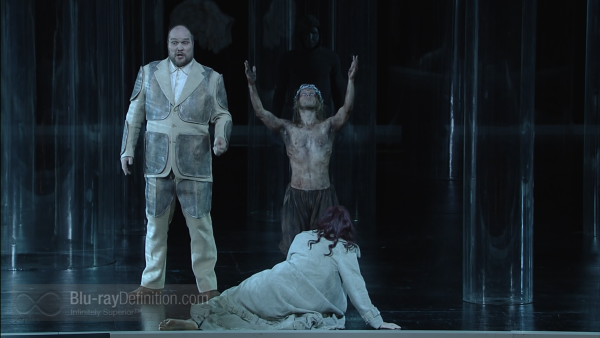 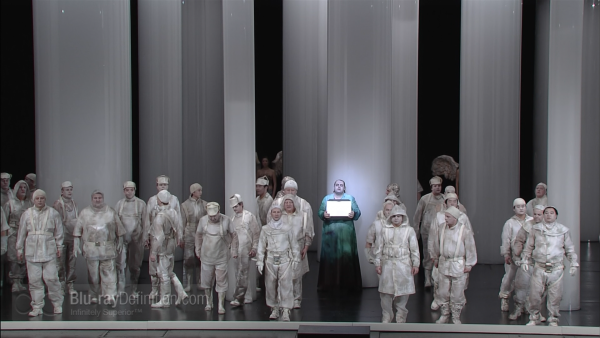 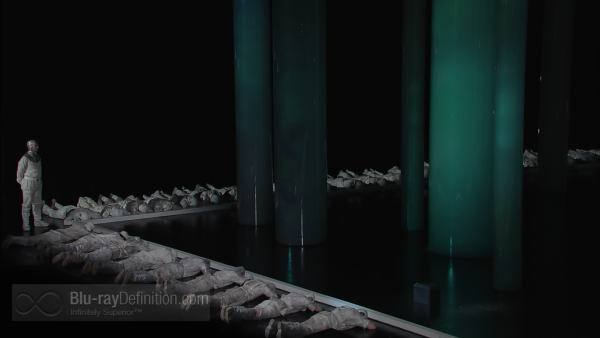