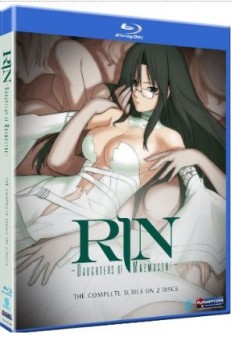 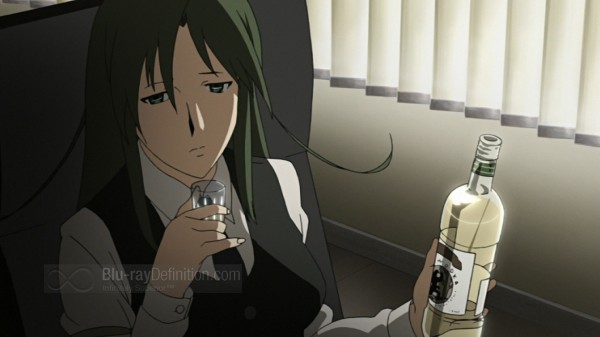 A six episode anime series created to celebrate the tenth anniversary of Japan’s AT-X network, Rin– Daughters of Mnemosyne is a dark, sexually charged journey into the farthest, most somber recesses of existence. The story follows the titular character Rin Asogi, who has become an immortal through absorbing a Time Fruit from the mythical “tree of life” Yggdrasil, as she is tormented by the eternal being Apos who longs to devour her soul and sacrifice her to the tree. Daughters of Mnemosyne is an exploration of life, love and sexuality like not many other anime series beside it.

Rin’s story, which spans the course of six episodes and several decades through this series, is known as an immortal, and besides Apos, “angels” also hound her and other immortals. These angels are males who have absorbed time fruits, but rather than become immortal, they gain superhuman power and an uncontrollable desire to sexually ravage and devour immortal women. The immortal women are uncontrollably drawn to these “angels” and willingly surrender their lives. It’s a deadly and brutal cycle that only the women turning towards each other for help can end.

As Rin and her outwardly young looking assistant Mimi, who is also an immortal, cope with what is implied to be centuries of an existence together, they down booze, try to help Rin figure out just what her part in Apos’ scheme is, and seek a long lost love of Rin’s from centuries prior. 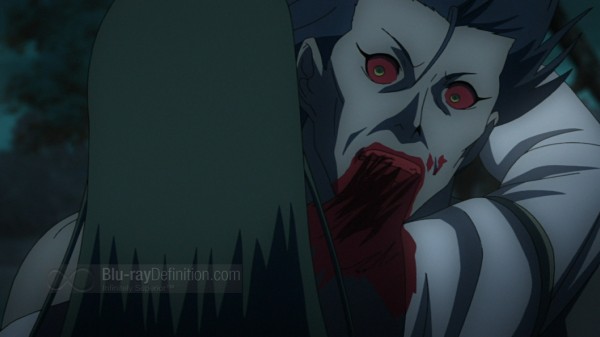 Being another up-scaled release from Funimation, the AVC/MPEG-4 1080p/24 encoding of Rin certainly doesn’t look spectacular when compared to true high definition animated releases on Blu-ray, but it is one of the better looking up-scales from Funimation nonetheless. That is not to say that it doesn’t have its problems. Color reproduction doesn’t always look as vibrant as it should, detail is often veiled and there are moments where there is some aliasing and stairstepping visible around the line art. Overall, Rin will still present a stronger image than its DVD counterpart due to higher bandwidth constraints, less compression, and the 1080p presentation, but it is not reference material. 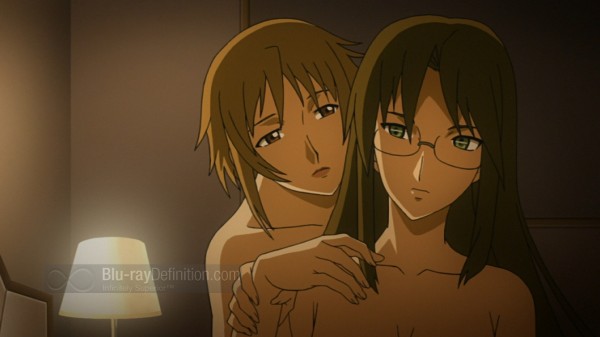 Both Japanese and English soundtracks are provided in lossless Dolby TrueHD 5.1 mixes. I used the Japanese soundtrack as my reference for this review. It has the typical Funimation sound to it, harsh high frequencies with slightly sibilant dialogue and squeezed dynamics. Low frequency extension is good, but not great. During explosion, lows are more distorted than they are resounding. Some use is made of the surround channels for discrete and ambient sound effects for a rather aggressive mix overall. 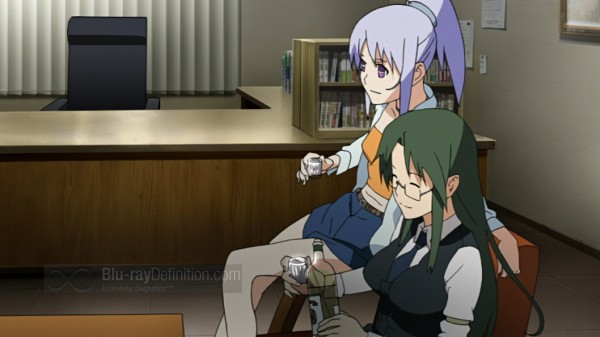 There are enough extras here to satisfy most anime fans. Of particular interest will be the Japanese cast interviews and the audio commentary on “Episode 02.” 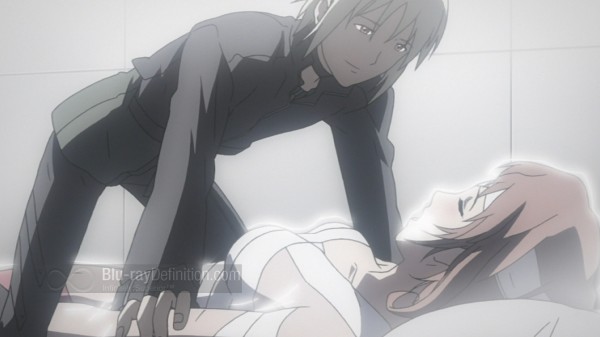 The up-scaled high definition transfer won’t wow you, but Rin: Daughters of Mnemosyne’s mature look at immortality and sexuality certainly will. It’s anime for an older crowd, so keep it away from the kiddies, but definitely give this strong but brief series a look when you can. 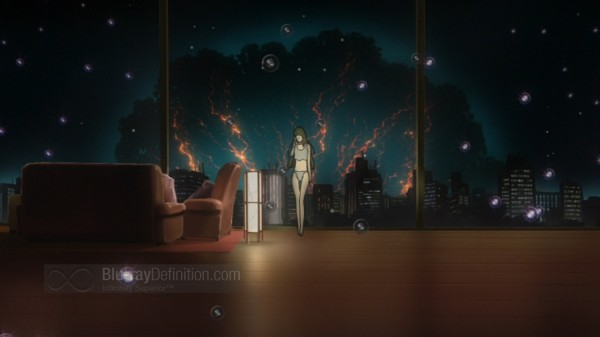 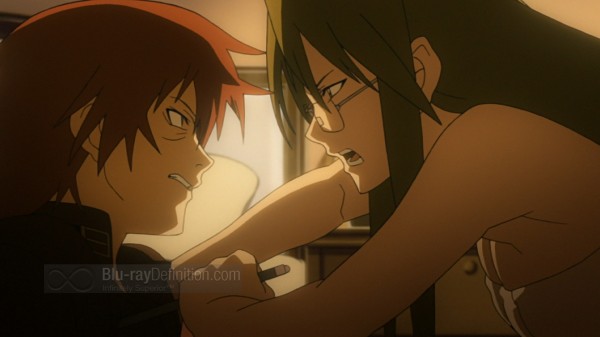 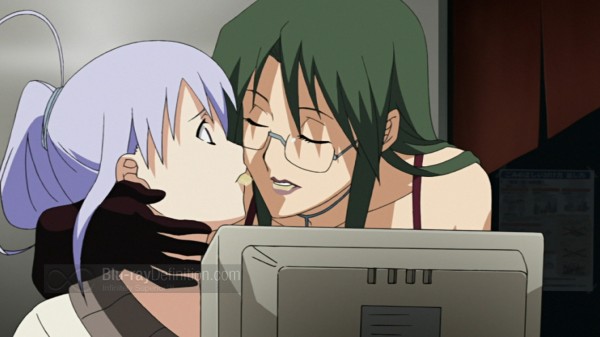 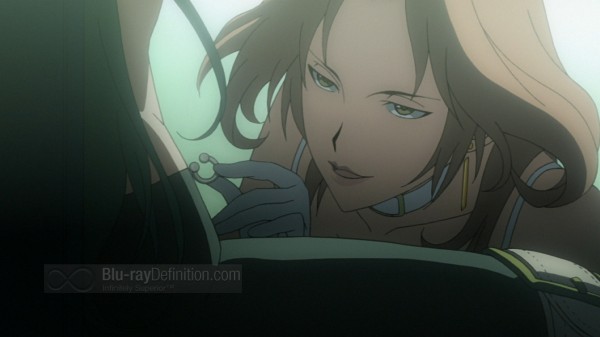 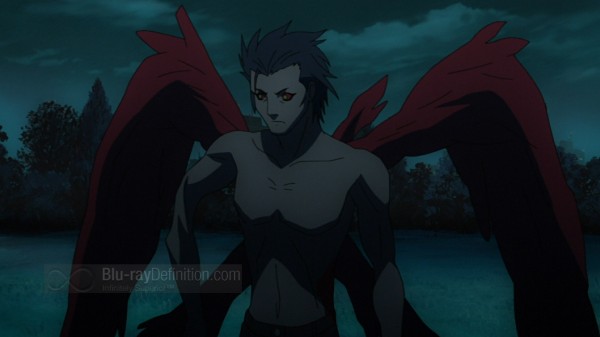 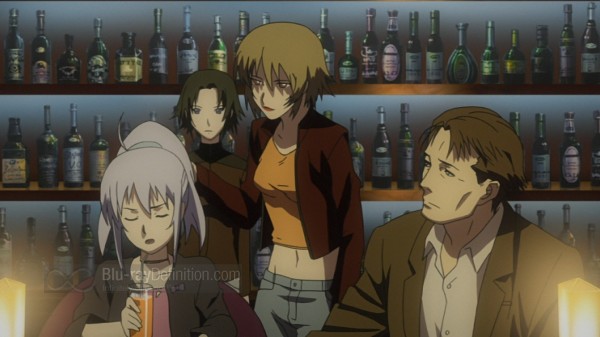 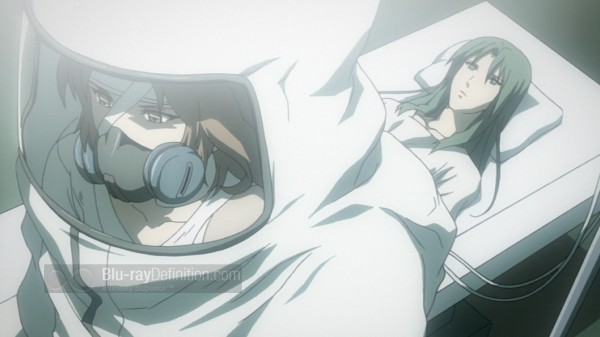 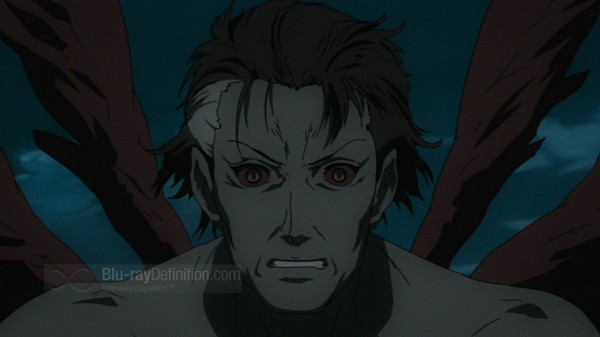 Win a  Squeezebox Radio from Blu-rayDefinition and Logitech!