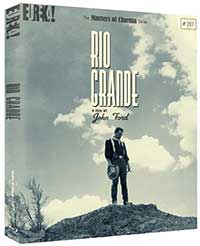 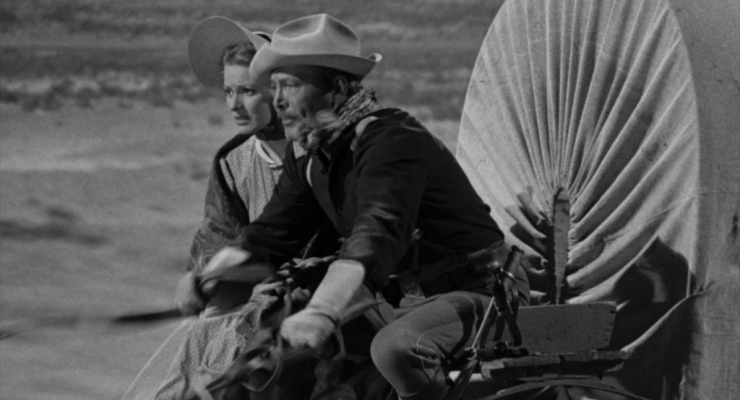 Rio Grande is presented on Blu-ray in an AVC 1080p encodement from a new transfer completed by Paramount in 2019. Framed at 1.37:1 in gorgeous black & white imagery, it has natural grain and very good details and still looks relatively clean for a film from 1950 without being scrubbed completely clean of texture.

Rio Grande’s original monaural soundtrack is provided in LPCM 2.0 and is a solid presentation given the limitations of the times and the age of the source. The dialogue is clear and there is little noise.

Rio Grande arrives for the first time on Blu-ray in the UK with this excellent 2019 restoration from Paramount released by Eureka’s Masters of Cinema. For collectors, cinephiles, and western aficionados, this is a great release.

Rio Grande is out on Blu-ray in the UK from Eureka Entertainment’s Masters of Cinema on 20 April, 2020.