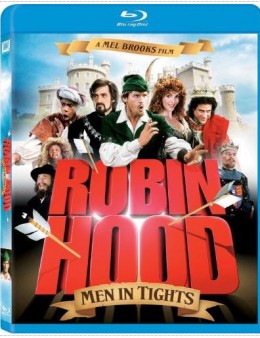 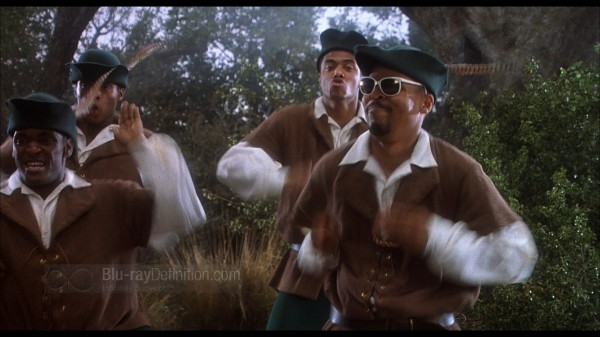 Robin Hood: Men in Tights is Mel Brooks’ 1993 spoof on the Robin Hood legend. With actor Cary Elwes in the lead role taking more than a passing wink at the bad English accent from Kevin Costner in his turn as the hero in Prince of Thieves, Men in Tights has its moments of silliness and laughs, but on the whole, it is one of Brooks’ lesser efforts.

Highlights from Men in Tights include an early look at comedian Dave Chapelle and some song and dance routines, but in the end, Men in Tights never rises above grade school silliness. It’s no High Anxiety, and certainly no Blazing Saddles. It’s not even tongue-in-cheek enough to stand toe-to-toe with Spaceballs.

Perhaps the strongest part of Men in Tights are the references embedded within to many of Brooks’ previous films, such as “the black sheriff” or even nods to more contemporary fare such as Spaceballs. I won’t spoil all the fun and mention anymore, because they are the only things keeping Men in Tights from being a compete throwaway Brooks film. 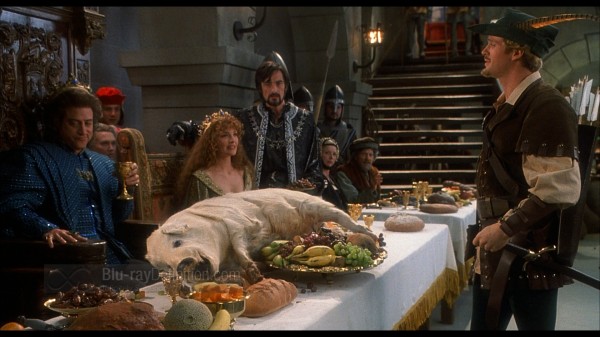 Robin Hood: Men in Tights looks a bit disappointing on Blu-ray, showing some obvious flicker on portions of the screen and an overall softness to the image. Grain remains intact, but it is inconsistent and often looks a bit more noisy than film-like. On the positive side, flesh tones are once again accurate for this transfer and shadow detail is strong. 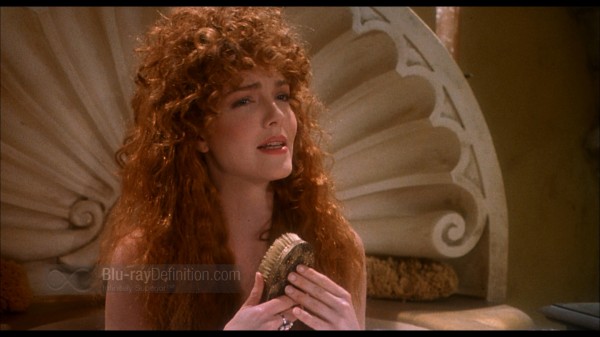 Robin Hood: Men in Tights is given a DTS-HD Master Audio 5.1 soundtrack that really sounds like nothing more than reprocessed stereo. There’s a sufficiently wide stereo soundstage across the front channels with clean dialogue, but the surround channels are rather dull with only mild ambience. Low frequencies are nearly non-existent so don’t expect much of a workout for the subwoofer. 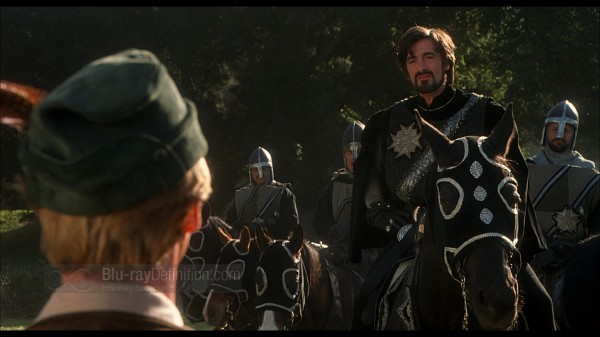 All of the supplements are identical to the same release contained within The Mel Brooks Collection. Brooks fans should thoroughly enjoy the commentary from the man himself rescued from the laserdisc release. 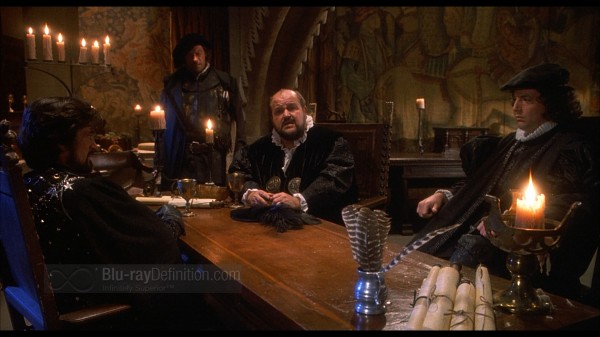 Men in Tights, perhaps Mel Brooks’ weakest film, arrives in an equally middling Blu-ray release that only the most avid Brooks collector will want to own. Otherwise, this is strictly rental material. 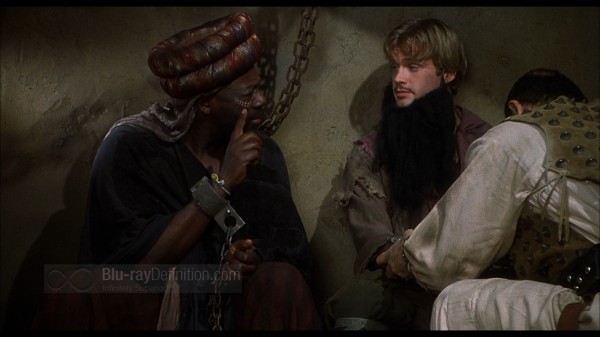 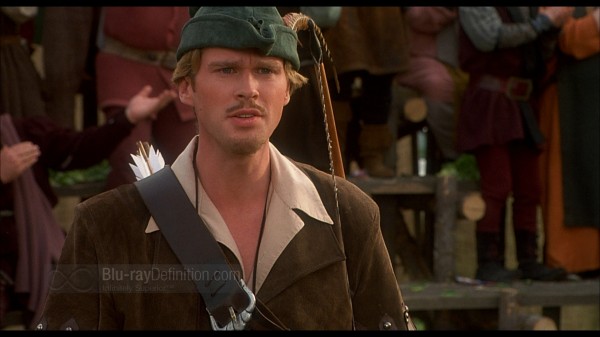