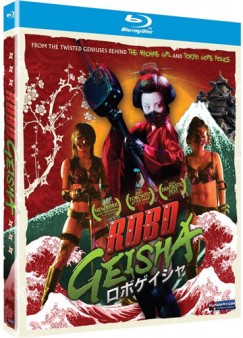 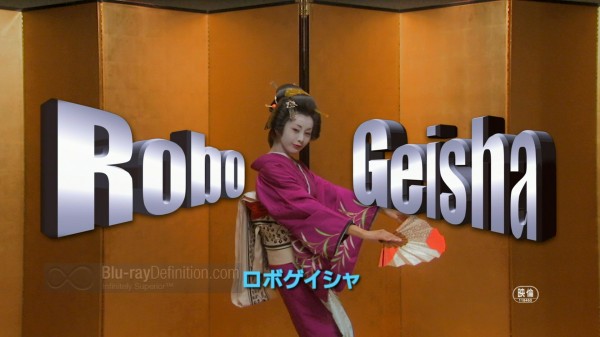 RoboGeisha is the sort of genre-crossing action film that could only come from the minds of the Japanese. Beware, however, that there may very well be a lot lost in translation when watching this action/science fiction/horror/slasher film. From the same creators that gave the world Tokyo Gore Police and Vampire Girl Vs. Frankenstein Girl, RoboGeisha is a bloody, gross-out flick that will definitely have you scratching your head.

Kikuyakko is a beautiful and skilled geisha, renowned for her grace and Yoshie is her mistreated sister banished to living in her shadows. The two sisters are abducted by the Kageno steel-works corporation and transformed into cyborg-like geisha, used as undercover assassins to kill high-ranking members of Japanese society in an effort by the corporation to rule Japan. Ending up on opposite sides of the battle, the two sisters must inevitably head towards a violent showdown. 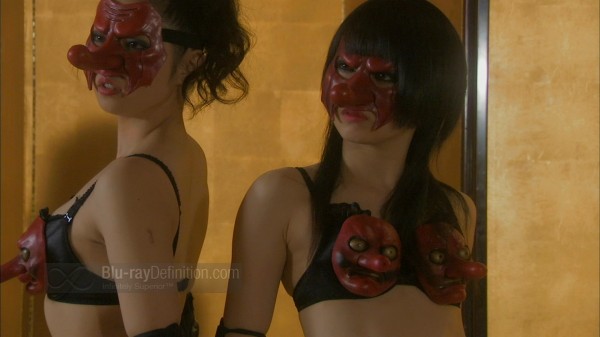 RoboGeisha was captured digitally in HD, but its obvious low budget hampers the image throughout this 1080p/24 AVC/MPEG-4 transfer. There’s plenty of video noise and the image looks generally soft and lacking in high frequency information. Detail is pretty strong on extreme close-ups, but this won’t become a reference title anytime soon. 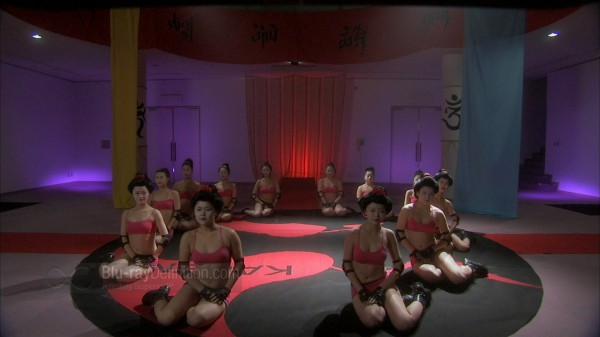 The original Japanese language soundtrack is provided in Dolby TrueHD 2.0 stereo and that’s what I used as my reference for this review. There is also an English dub provided in Dolby TrueHD 5.1. The stereo mix for the Japanese track provides good dynamics and a generally wide spread of sound across the stereo stage. Dialogue is clear ad generally remains audible above the sound effects. 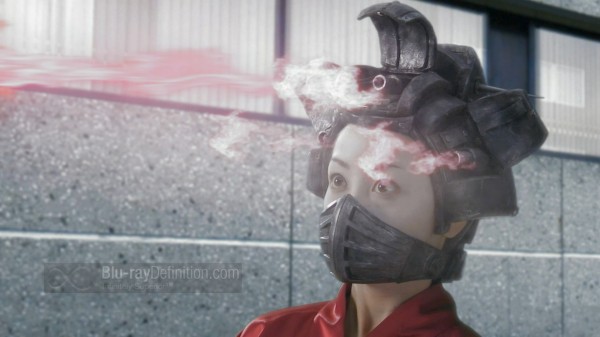 There aren’t a hefty amount of extras offered on RoboGeisha, but there is a short film spin-off included that may be even more ridiculous than the original. 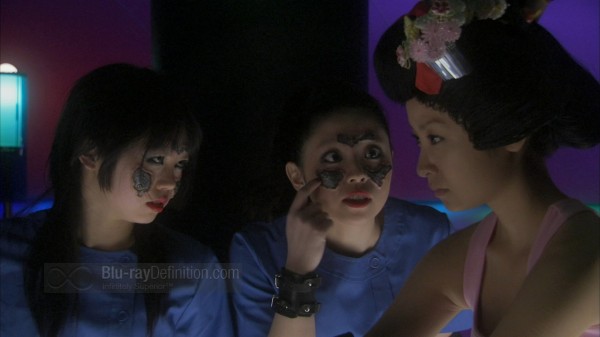 RoboGeisha definitely misses the gross out mark. Perhaps one needs to be a bit more in tune with the finer points of Japanese culture to even find the ludicrous premise and insane scenarios of this film so ridiculous as to be funny, but I have to recommend that, although it does technically do what a film like this is supposed to do, most folks would be better off skipping it. 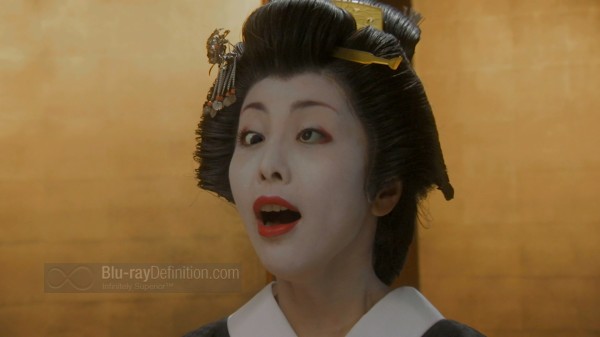 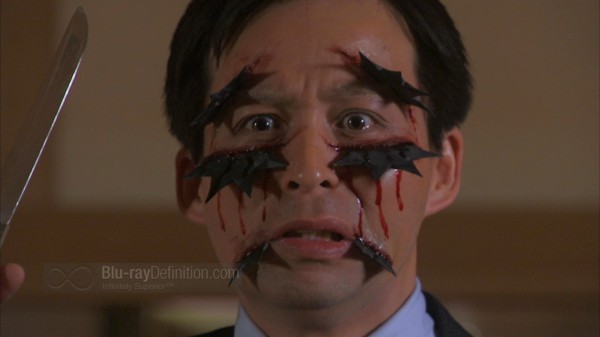 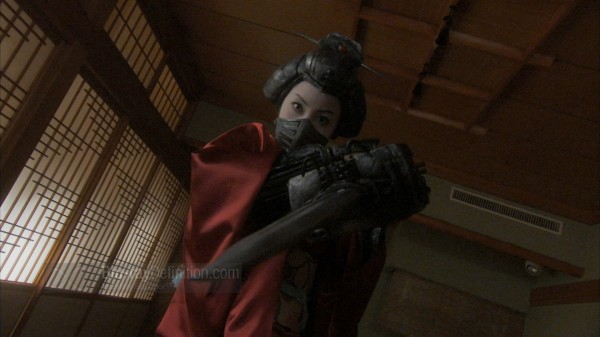 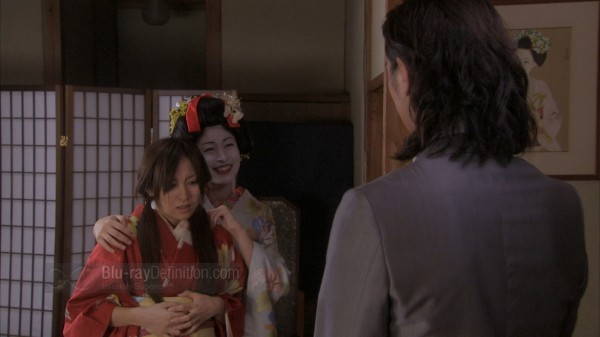 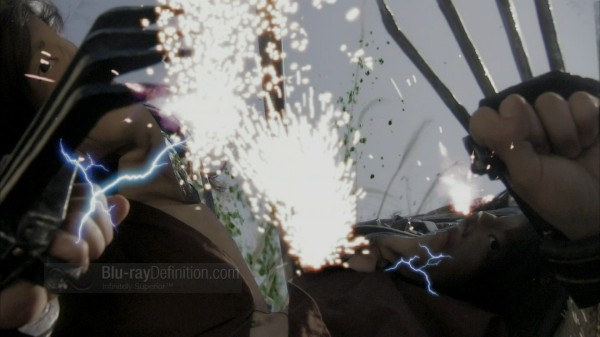