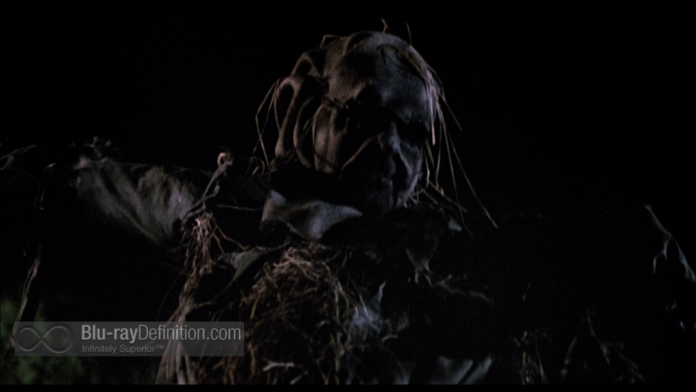 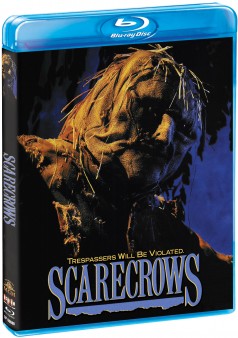 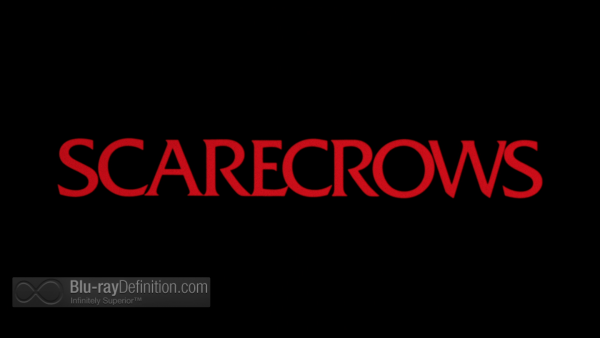 A crew of ex-military personnel has robbed a military base bank terminal and has hijacked a plane and is on the run in the low budget1980’s horror film Scarecrows. Once they’re up in the air and home free one of the group’s members decides to sabotage the plan by throwing a grenade in the cabin, taking the money, and skydiving into safety below. This cannot be tolerated, so the rest of the crew land the plane and are now on the hunt for one of their own.

They all land in an abandoned field, with tons of acreage in the middle of nowhere. There’s also an abandoned farmhouse nearby. Hot on the trail of this traitorous comrade the team starts witnessing strange occurrences. Scarecrows populate certain areas of the property – propped up like silent watchers of the night. Yes, the title alone tells you what the film is all about and it doesn’t hold back its true intent.

The scarecrows begin to come alive and pick off the crew one by one. The scarecrows are relentless in their pursuit, because all they want is to be left alone. The film, for being a low budget film, does have some strong elements throughout. The cinematography by Peter Deming (Lost Highway, Mulholland Drive) amps up the dread and master special effects make-up artist Norman Cabrera (From Dusk till Dawn, Hellboy 1 & 2) uses his bag of tricks to bring the scarecrows to life. The good news is that the production levels and make-up effects are great but everything else from the acting to some of the editing is quite awful. Yes, this is 1980’s cheese but in the overall scheme of things it’s not very good.

I did like the scarecrows themselves, though. They weren’t played as traditional zombies but did have zombie-like features mixed in with some voodoo elements. In one instance, this being a money heist film, one of the scarecrows nabs one of the thieves, cuts him open, disembowels him, and stuffs him back up with some of the stolen money and straw. The guy who just got stuffed comes back to life as a zombie. Yes, my mind was blown, because that’s not very traditional in this these type of films.

Scarecrows is definitely a cult film and will be cherished by the horror community. Scream/Shout! Factory has done a great job in putting together this Blu-ray, with all the trimmings. I wasn’t a big fan of the film overall, but can see the charm, and I have met Norman Cabrera in person (swell guy), but it just wasn’t for me. I should also point out that the year this was released was 1988 but from what I gathered in the supplemental features, etc., could have been started on as early as 1985. It is a low budget feature, but I cannot verify that, though. I should also point out that I cannot confirm if this is the UNRATED cut of the film, because it does say it’s rated R on the back cover. I am aware that this was released by MGM in an UNRATED version some years ago, though. In any event, horror gore hounds will enjoy Scarecrows, so we’ll give it a “for fans only” recommendation. 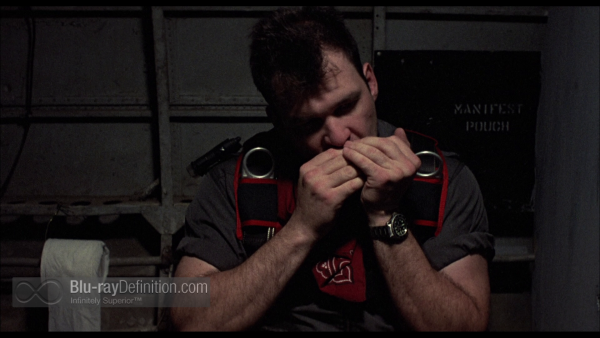 Scarecrows is presented in 1080p, 1.85:1. I don’t know where this film print was sourced from but whatever the geniuses at Scream Factory did to it – have really outdone themselves. The film takes place at night and the black levels are quite pristine, with only the most minimal instances of crush, that I was able to detect. The color palette is strong – everyone looks natural except for the “unnatural.” Contrast and sharpness levels have not been tweaked or messed with, and outside of noise and artifacts in a few of the optical shots (grenade that explodes in midair), the film looks fantastic in high definition. 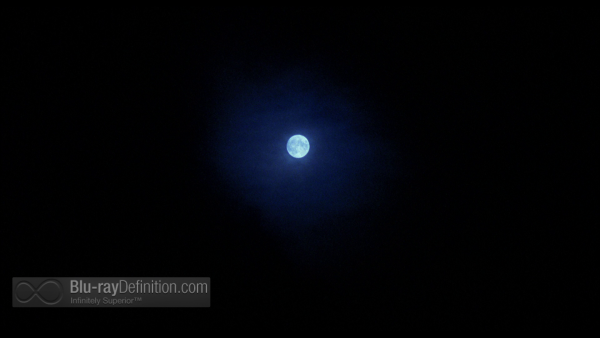 Contrary to what the back of the Blu-ray box says, Scarecrows is presented in DTS-HD Master Audio 5.1 (there’s a 2.0 option, as well). Dialogue levels are strong, and the rear channels handle the ambience quite well. The film is very much dated but that doesn’t mean that the lossless surround soundtrack is no slouch. The scenes on the plane, explosions, gunfire, etc., all ring with great clarity and thunderous boom. The LFE subwoofer channel gets a nice workout in there, too. Again, like the video specifications, Scream! Factory has done a commendable job on this lossless soundtrack. 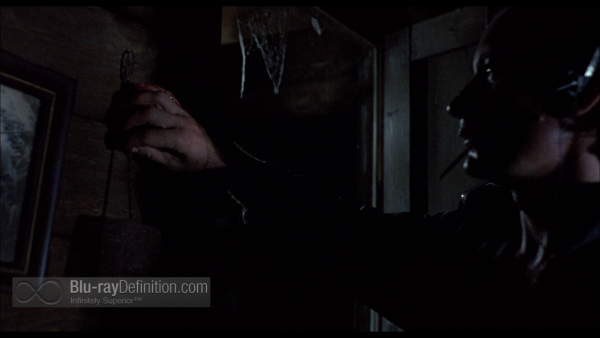 Scarecrows on Blu-ray is fully loaded with a couple of audio commentaries featuring the director, producer, co-screenwriter, director of photography, and composer. My favorite of the special features would have to be the solo interview with master make-up effects artist Norman Cabrera. He explains what it was like being a young kid in Florida working on a film of this magnitude. He started out in the mid-80’s and by the time the film was released had already had some success in the field (working for Rick Baker) that the producers used his name in the marketing. An entertaining interview with star Ted Vernon and some storyboards, still gallery, and trailer round out the special features. 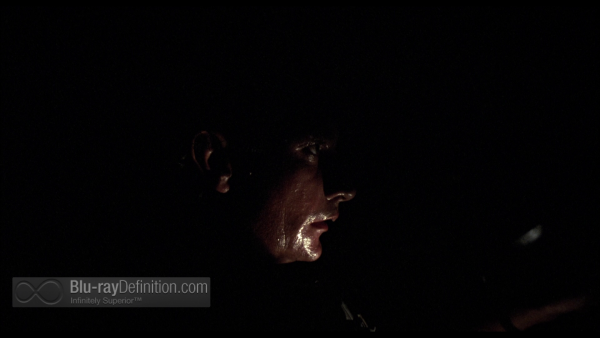 Yes, the Blu-ray package alone is worth price of admission but in all honesty the film just isn’t that good. It’s very disposable but kudos to Scream! Factory for going all out on something like Scarecrows. It may not be a classic title but those in the horror underground will definitely gravitate towards this Blu-ray release. It really is the best its ever looked and sounded. For fans only. 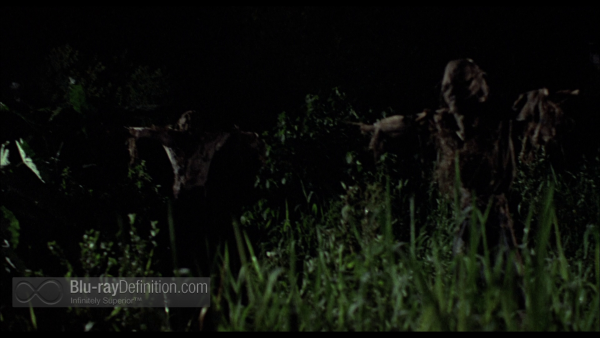 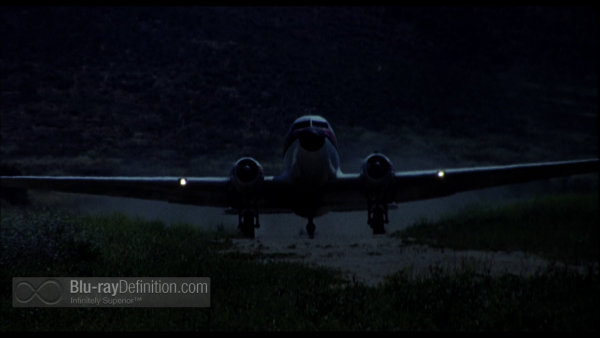 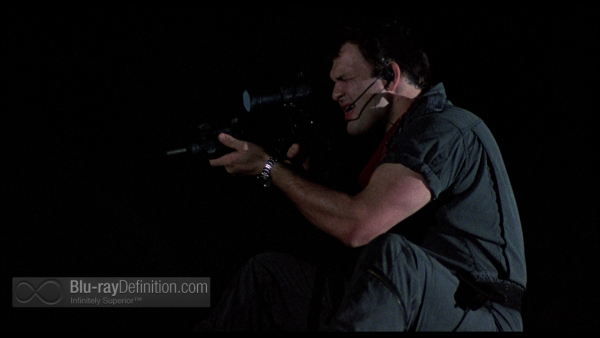 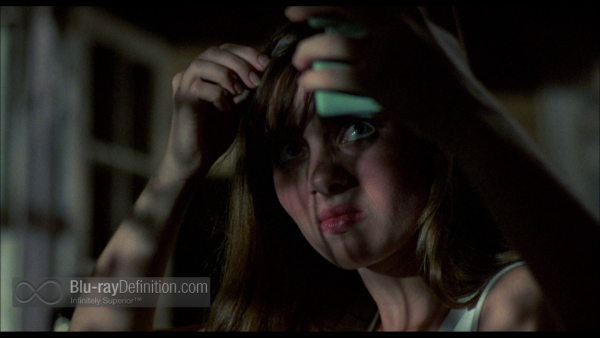 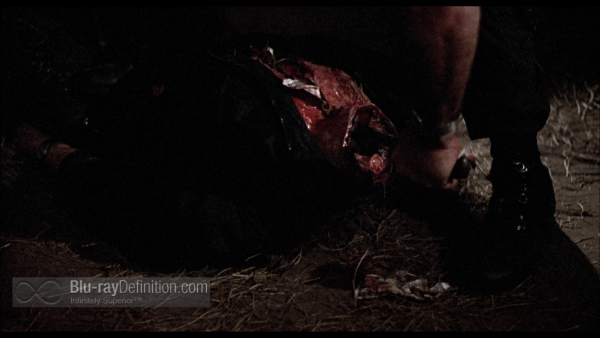 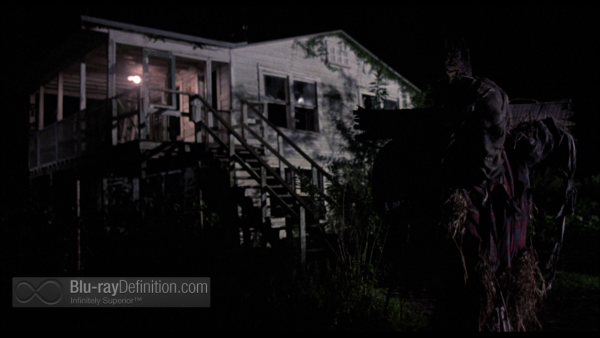 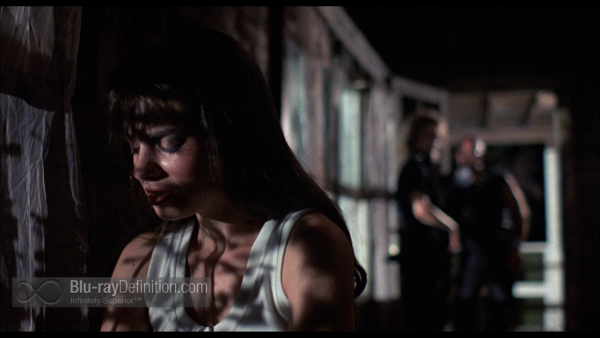 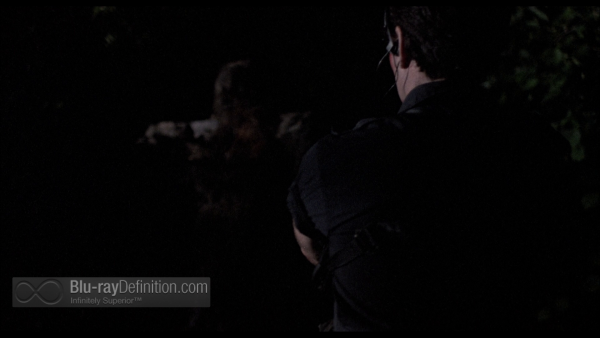 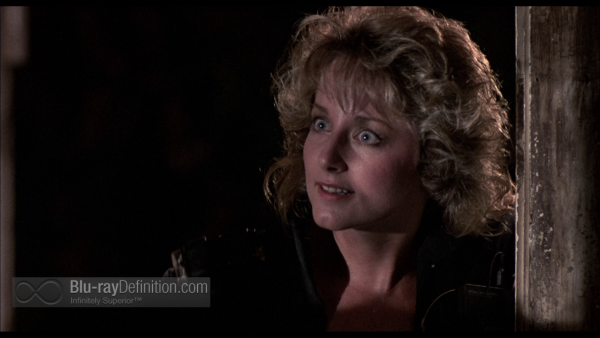 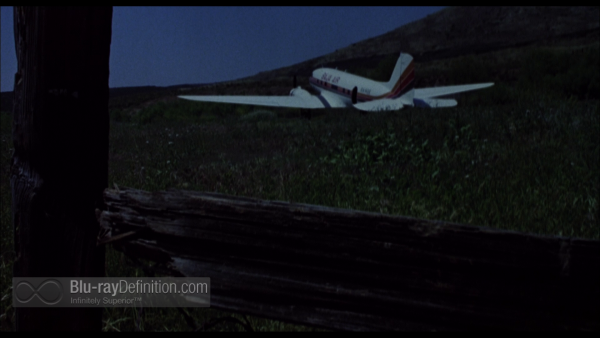 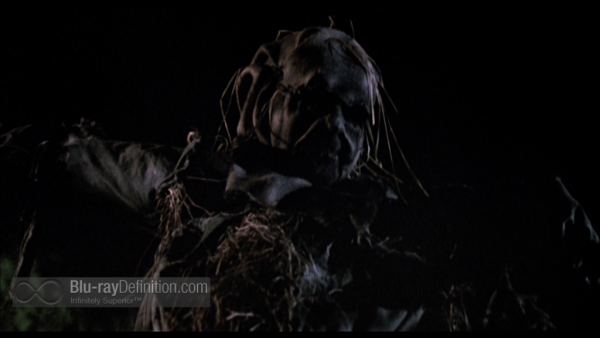 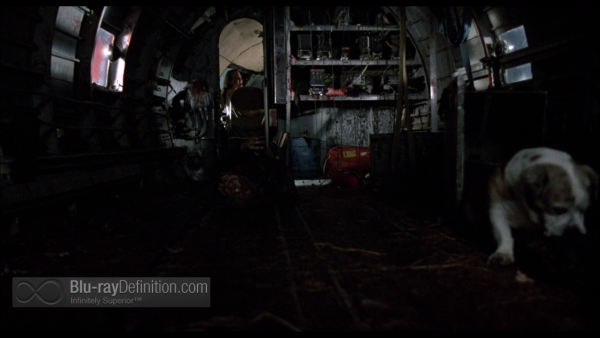