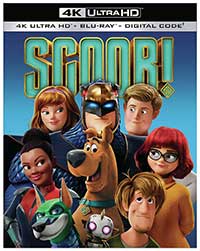 Scoob!, the first full-length theatrical animated Scooby-Doo film, is another film that suffered from the Covid-19 pandemic, having its theatrical scrapped and going directly to digital platforms instead. Perhaps that was a good thing because the anticipation for this classic franchise outweighs the reality of the film itself.

The film does start off giving us a cute glimpse at the origin story of the friendship between Shaggy (Will Forte) and Scooby-Doo (Frank Welker) and how the Mystery, Inc. gang of Fred (Zac Efron), Velma (Gina Rodriguez), and Daphne (Amanda Seyfried) along with Shaggy and Scoob all get together as kids to solve their first mystery of a haunted house on Halloween. But from there, the film takes a decidedly unmysterious turn into comedy/action territory. Shaggy, Scooby, and the rest of the Mystery Inc. gang have to stop supervillain Dick Dastardly (Jason Isaacs) from unleashing the ghost dog Cerberus on the world. Their adventures take them on a journey that has them crossing paths with other classic characters from Hanna-Barbera cartoons such as Captain Caveman (Tracy Morgan), Blue Falcon (Mark Wahlberg), and his companion Dynomutt (Ken Jeong) and Dee Dee Skyes (Kiersey Clemons).

The all-star cast does an amazing job with what little material they have, and it practically goes without saying at this point that the 3DCG animation is gorgeous, especially when the sci-fi action sequences ramp up. But, apart from some of the general, tongue-in-cheek shout outs to the old animated series like the anachronistic Mystery Inc. van and the groovy ‘70s clothing, this feature film neither looks nor feels like one of the classic Scooby-Doo! mysteries and that is mainly because there is no mystery to be solved at the core of this very chaotic plot. 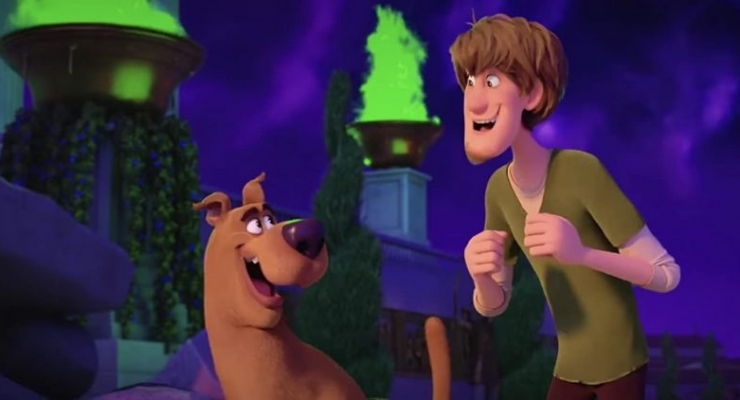 Scoob! arrives on 4K Ultra HD Blu-ray in an HEVC 2160p encodement with HDR10+ framed at 2.35:1. My LG OLED display only supports Dolby Vision and HDR10, so I viewed the 4K disc in HDR10. You won’t see much a difference between this 4K disc and the included Blu-ray disc as far as absolute detail; they look almost identical. Where the 4K disc excels is in the wide color gamut and dynamic range of the HDR. The colors are more vibrant and nuanced and the highlights really ‘pop’ adding to the 3D element. It is pure reference quality.

Scoob! comes with an excellent DTS-HD Master Audio 5.1 mix on both the 4K Ultra HD disc and the Blu-ray disc. Even in the absence of an object-oriented Atmos or DTS:X mix, we get a wonderfully natural and well-balanced mix with superb sound design. The surround channels are well utilized with good solid effects. Notice early on when the Scooby gang enter the haunted house and the sound of a squeaking door comes from the surround left. High frequencies are relaxed, and low end is nicely extended providing good thump for the sound effects.

The fun continues with a collection of bloopers, deleted scenes, and more. Dog lovers check out the brief featurette with the cast members enjoying a group of puppies.

This 4K release is reference quality all around and the film is certainly fun for the whole family. Older viewers will be disappointed in what was done with the characters here and lack of a strong, “scary” mystery, but it will still make for a good pastime in these crazy times. 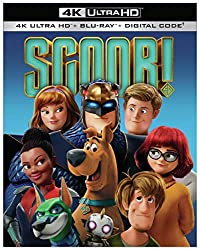