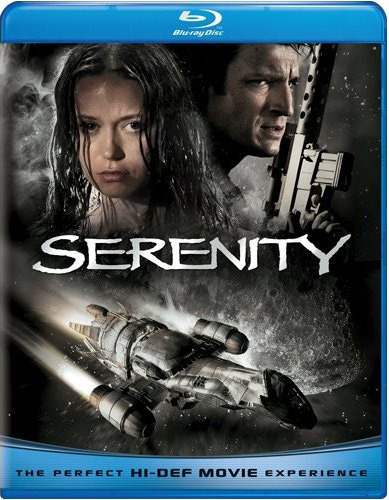 When Joss Whedon’s sci-fi space western Firefly for the Fox television network was canceled in the winter of 2005 after dismal ratings and halfhearted support from the network itself, the producer was determined to allow the show to live on. The public outcry from the few fans who followed the series was unexpected, to say the least, by executives and cast members alike. It had been nearly impossible for the show to build a following as it was plagued by a poor Friday night time-slot, constant long hiatuses and the problem of its network airing episodes out of order. The strength of the show and its actors, however, was such that even against such odds it managed to build a cult following that would help convince “the suits” that perhaps the rumours of the series’ death were greatly exaggerated.

Thus, when Whedon took a new Firefly script he had written entitled, “The Kitchen Sink”, to Universal hoping to get the series picked up by another network, Universal instead asked for a feature length film. With all the original cast members onboard for the production and ready to not only give their fans a treat, but also to finally bring closure to what they all felt was the untimely demise of a solid series, Serenity was born. 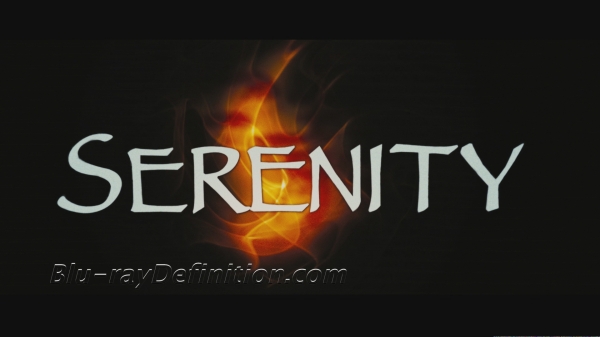 Taking its title from the ship that the characters of the Firefly series reside on, Serenity picks up sometime after the end of the complete series (also currently available on Blu-ray Disc). After a brief introduction that brings the uninitiated up to speed on the mythology — the Earth was used up so humanity has traveled out into the galaxy and teraformed the planets. The inner planets, being the more technologically advanced and “civilized” formed an Alliance of Planets, which the outer planets fought against, so civil war broke out. The captain of Serenity, Mal (Nathan Fillion) and his second in command, Zoë (Gina Torres) both fought for the losing rebels against the Alliance.  Now there is an uneasy peace, ruthlessly enforced by the Alliance as the outer planets, impoverished, are filled with mostly criminals and bootleggers, such as the crew of Serenity, who now make their living ferrying questionable passengers between the planets and running black market goods for unsavory characters.

The crew of Serenity has now become aware of the true nature of one of their passengers who has become a permanent member of the crew, River Tam’s (Summer Glau), abilities. Her brother Simon broke her out of an Alliance facility where she was being turned into a deadly killing machine and psychic. The film focuses on the Serenity trying to outrun an Alliance operative (Chiwetel Ejiofor) tasked with capturing the Tams. Also, in the course of their effort to finally bring down the Alliance and save River, Serenity discovers a dark secret the Alliance has been covering up for years in relation to the beast-like cannibals known as Reavers that troll the outer expanses of space and attack any people they come upon eating them alive. It becomes a race against time to reveal the secret to the world whilst staying alive.

Serenity races by at a quick 119-minutes of non-stop action, suspense and, as is typical with Joss Whedon, a great sense of fun and humour. The chemistry between the cast members is still there and the writing is excellent. Newcomers will not be lost with the plot and fans of Firefly will feel like the series never left. 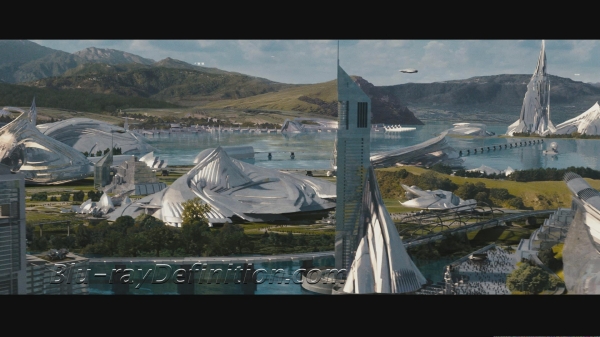 Finally arriving on Blu-ray in a superb VC-1 encoding at ~20Mbps, Serenity’s unsullied original source is rendered with strong detail. Black levels are deep with excellent shadow delineation, contrast is perfect with no blooming and the film’s grain structure is well preserved with a sharp, organic film-like quality. Flesh tones are natural and colors absolutely pop from the screen. The clear azure skies of the outer planets, in particular, look breathtaking. Check out the action sequence in Chapter 5 as the crew tries to outrun the Reavers — the sky, the sandy ground and patches of green all look splendid. 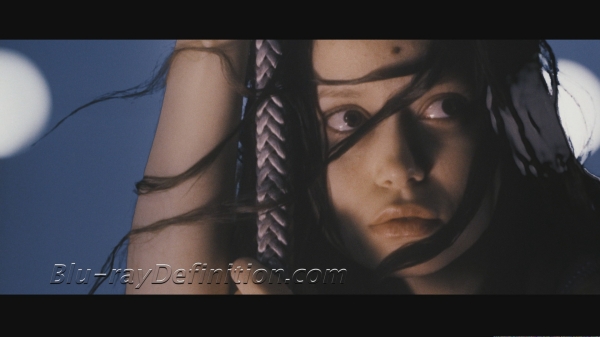 Serenity comes to Blu with a DTS-HD Master Audio 5.1 lossless soundtrack in addition to French Canadian, Castilian Spanish, Latin Spanish, German, Italian, and Japanese DTS 5.1 dubs. From the opening sequences the lossless DTS-HD MA track makes it clear that it will be relentless. The mix fully utilizes all six channels aggressively, placing everything from the film score’s musical instrumentation to sound effects discretely in the surround channels as well as panned across the front three channel. The LFE is heavily leaned on as low frequency extension is powerful, particularly during the Serenity’s flight sequences as the engines are firing.

Dialogue is clean and full, staying intelligible even during the loudest, most intensive action sequences. If the mix has one flaw, it is a slight boost in the high frequencies that causes some sound effects like gunfire and explosions to sound a little edgy and may cause some listener fatigue, particularly at louder volumes. Other than that, this is a splendid, reference quality soundmix that will test the limits of your sound system. 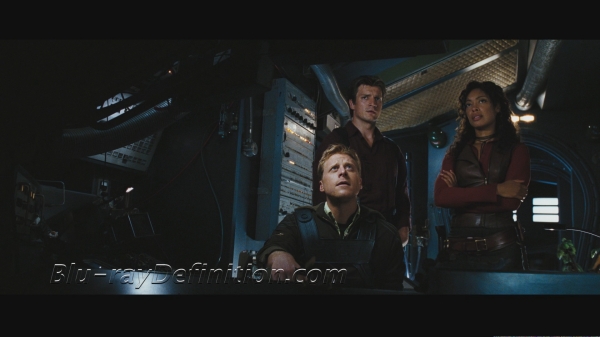 Serenity comes packed with supplemental material giving a peak into the film’s production and allowing fans of the Firefly series to get more time with the stars. Universal has also loaded it up with many interactive features taking full advantage of the format’s capabilities, making it a high quality example of what makes Blu-ray such a compelling next generation format.

The extras available on this release are: 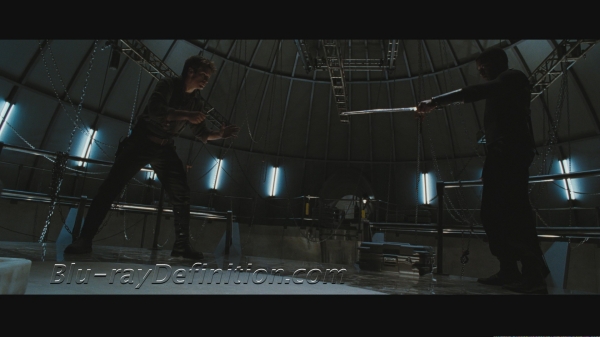 Serenity is a fast-paced action film that is a fun watch and works even for those viewers who have never seen a single episode of the Firefly series.  It’s neither too serious nor too silly, but, rather, it is the perfect blend of humour and drama that Joss Whedon seems to have perfected in series such as Buffy and Angel. This Blu-ray release from Universal finally gives Blu-ray owners the perfect high definition Serenity experience with jaw dropping visuals and an exhilarating lossless mix.