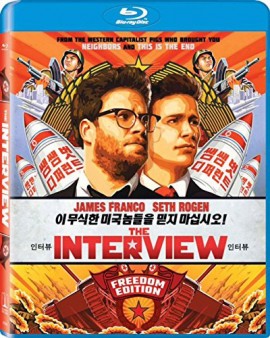 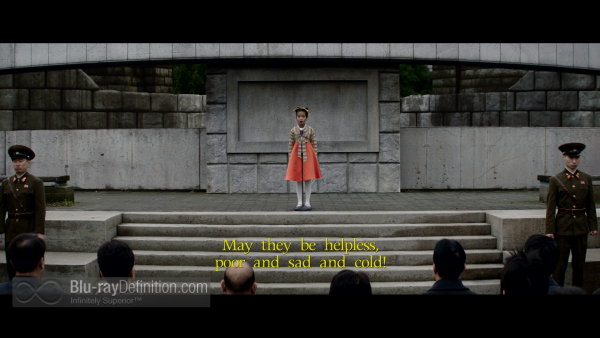 It was only a few months ago that the upcoming release of The Interview would be released to theaters to some comedic acclaim. Sure, the material was basically a lampoon of the North Korean government and its supreme leader Kim Jung-un. At the time no one thought of the film as anything more than a comedic farce until the studio putting the film out was hacked by entities claiming they were working for North Korea. The pending release of The Interview turned into a fiasco and heads rolled and the film climate changed and not necessarily for the better.

Dave Skylark (James Franco) is a popular celebrity-tabloid talk show host who along with his producing partner Aaron Rapaport (Seth Rogen) run the popular television program: Skylark Tonight. Dave interviews many of the top celebrities of the day and is famous for having Eminem on and declaring his homosexuality live on his show. Seeing how much clout Dave and Aaron’s show has on the American audiences they’re blown away when Kim Jong-un, a fan of the show, proposes that they interview him for the show.

It’s all too good to be true until the U.S. government gets involved. Enter Agent lacey (Lizzy Kaplan) who will stir the “honey pot” and try to convince Dave and Aaron to head out to North Korea for the interview and to also “take out” the North Korean dictator and I don’t mean take him out to dinner either. The boys are hesitant at first but decide to take the mission in stride. Maybe Kim isn’t the tyrannical warlord he’s been made out to be in the media? There’s only one way to find out…

To the say that The Interview has had a tumultuous past would be an understatement. The controversy that was built into the film by other parties was not really as bad as it was initially made out to be. Was it a comedy classic? Hardly. The film was a lot of fun but it was also fairly average and typical of what I expected. I will say that Seth Rogen was less annoying than he usually is and James Franco did steal the show.

The Interview had a stunted release schedule that was initially delayed indefinitely but then began its release in a handful of theaters, on the internet, and then gradually released to bigger markets. The film also bombed due to the drama going on behind the scenes at the studio, with the government, and the threats that were laid down on the studio if they were to release it. The drama surrounding the film felt like a film of its own.

Well, now that it’s been released on Blu-ray, you can see what the big fuss was about in all its 108op, high definition glory. Honestly, I think The Interview plays much better at home than it would have at the cinema. Granted, I didn’t see it at the theater, because it’s still a comedy, and in my opinion, comedies always play better at home. The Interview: Freedom Edition Blu-ray is decently priced, so if you have to see it now then it won’t be that much out of pocket. Give it a go – it’s entertaining at least. 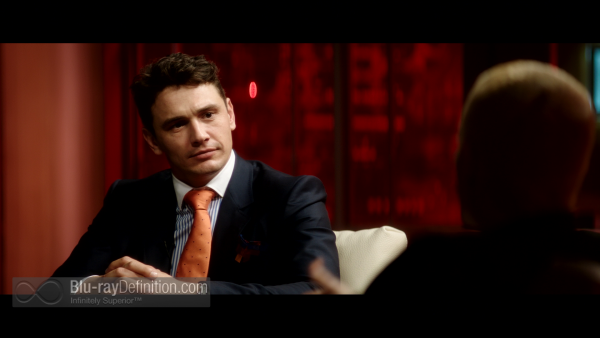 The Interview:Freedom Edition is presented in a very robust 2.35:1 anamorphic widescreen image. Flesh tones appear nice and healthy. Contrast and sharpness levels are kept in check. Softness is present during some of the more obvious uses of CGI and banding and pixilation are kept to just the bare minimum. The main culprit is crush. The Interview is a very, VERY, dark looking film and not just during some of the darkly lit exteriors/interior scenes. You can see how dark some of the actor’s complexions are by just checking out the shadows that run across their faces. I was quite startled by it and it would have been a total buzz kill if the rest of the transfer had not picked up the slack during those unfortunate scenes of crush. Readers should taper their expectations when popping in the Blu-ray. I’m hearing chatter that the Digital HD copy of the film does not suffer from it but I cannot verify that at this time. 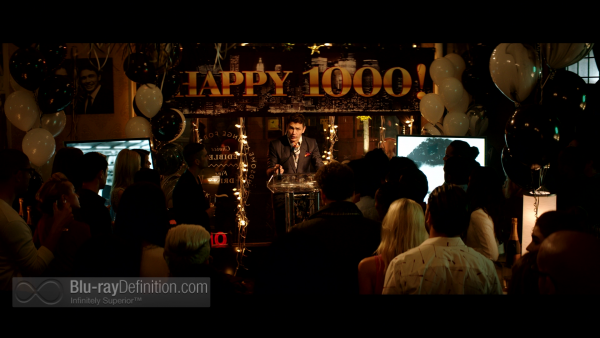 The Interview: Freedom Edition is presented in English DTS-HD MA 5.1 and whatever faults there were in the video presentation there are none here in terms of audio presentation. The Blu-ray sounds glorious! Dialogue is crystal clear and pristine. Explosions, gunfire, tigers, etc., sound great, and you will experience some serious LFE low-end bass rumblings when appropriate. This may be a comedy but it’s sprinkled throughout with some action set pieces and some loud scenes of glitz, glamour, and partying that are enhanced by the bold soundtrack. Even with all of these things going on – the dialogue levels are always crystal clear and distortion free. The Interview is one of the best sounding comedy Blu-rays I’ve heard in quite a while. 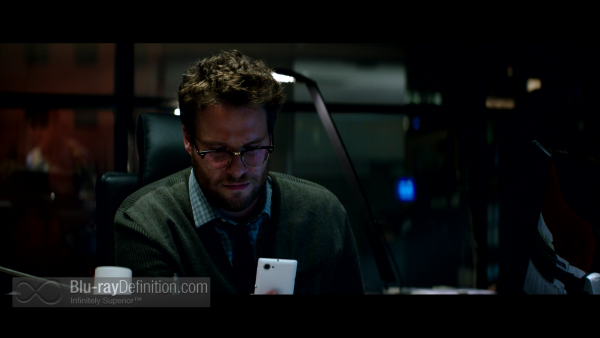 The Interview: Freedom Edition on Blu-ray is fully loaded with many special features that include the usual kiss-butt electronic press kits, deleted scenes, gag reel, audition tapes, filmmakers commentary, etc. I was surprised at how not annoyed I got while watching these special features. In comedies and mostly everything nowadays everyone just pummels everyone with complements and falls praise that it gets a little bit embarrassing. Outside of the clearly labeled featurette this is not necessarily the case with The Interview. The filmmakers’ commentary track is also severely subdued (it does feature subtitles, so get ready to read Seth Rogen say “uh” a lot), because one would expect a balls to wall raunchfest on how the film came to fruition. Rogen and company kept it classy. The special features are also labeled with the moniker of “Blu-ray Exclusives” and “Special Features” respectively. I’m assuming that the special features portion are the only things that were ported over to the DVD version of the film like the studio did with Fury a couple of months ago. It’s starting to look like a trend here. 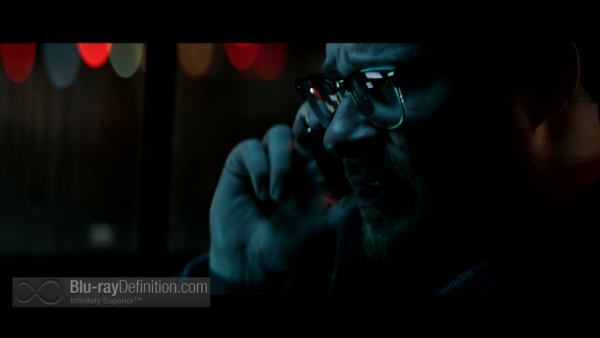 The Interview was a lot of fun, but typical. I do think that This is the End was a better film overall, but this one had its moments. The Blu-ray, outside of the crushed black levels, is pretty spot-on in terms of video and audio presentation, though. The supplemental materials are hearty enough to please even the staunchest of videophiles. The Interview: Freedom Edition gets a mild recommendation. 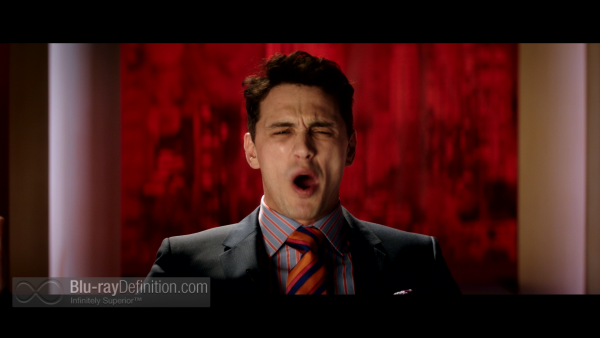 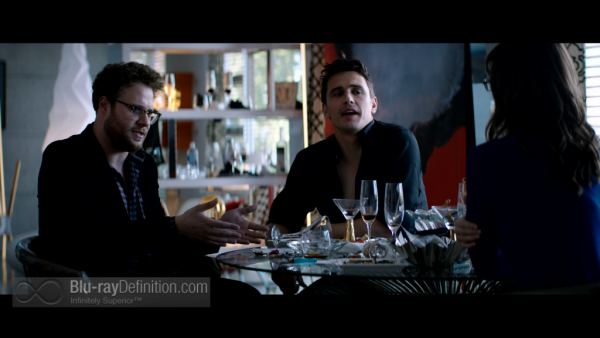 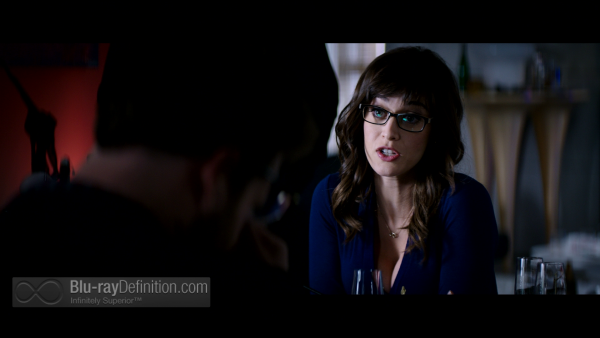 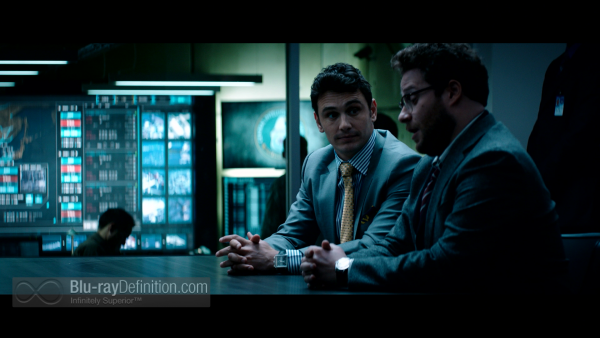 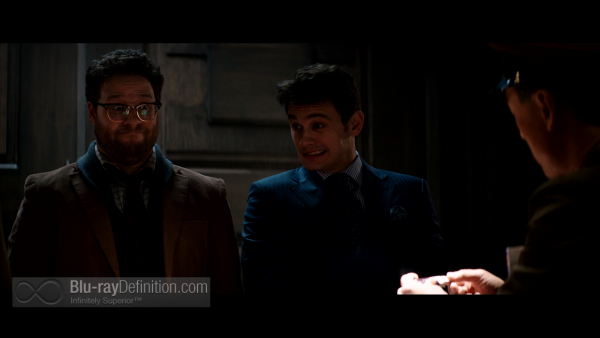 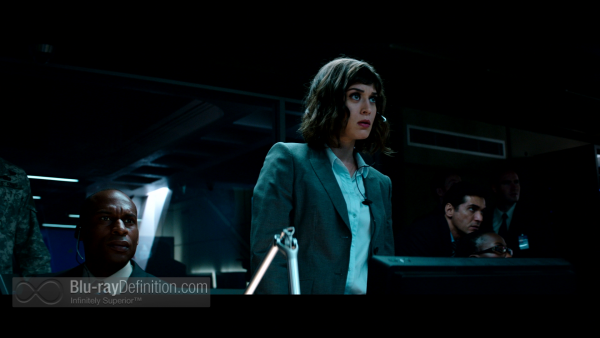 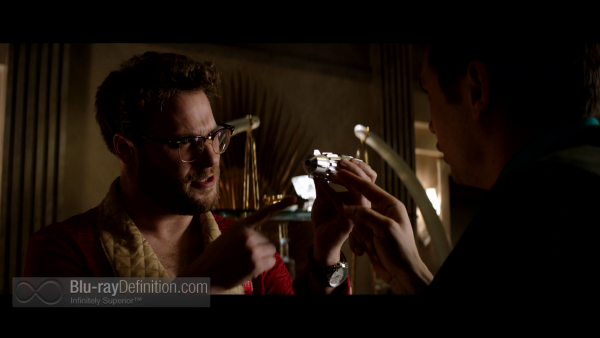 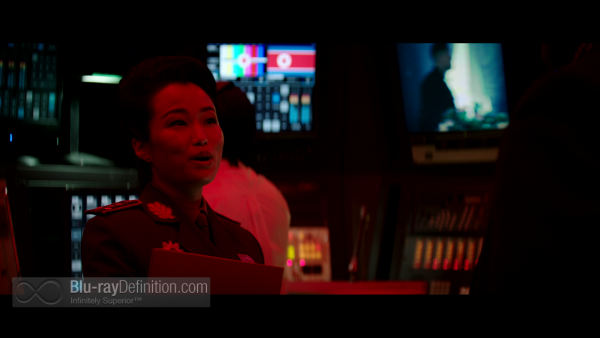 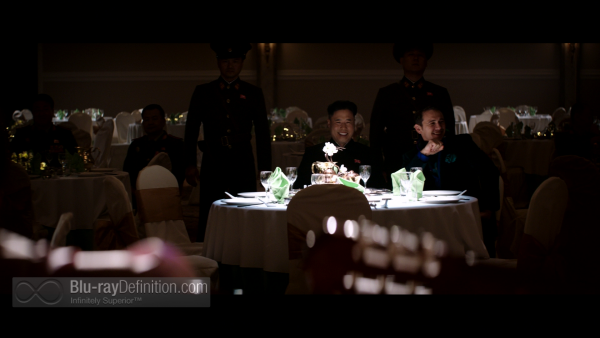 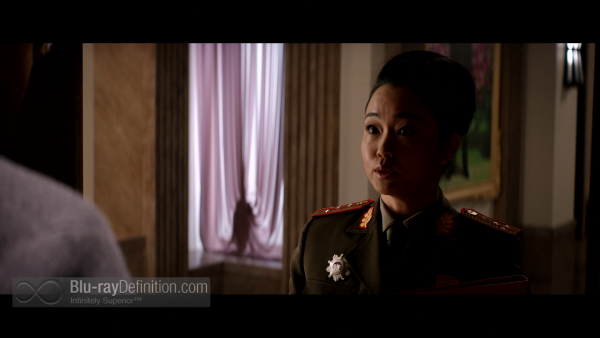 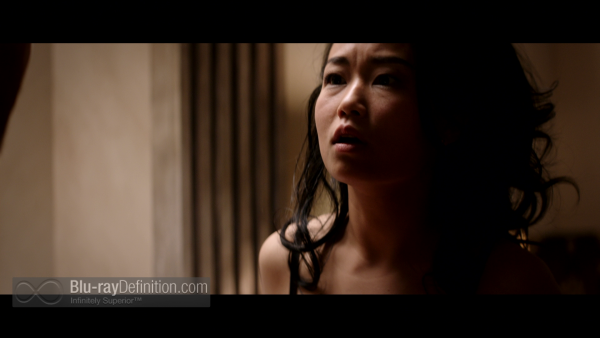 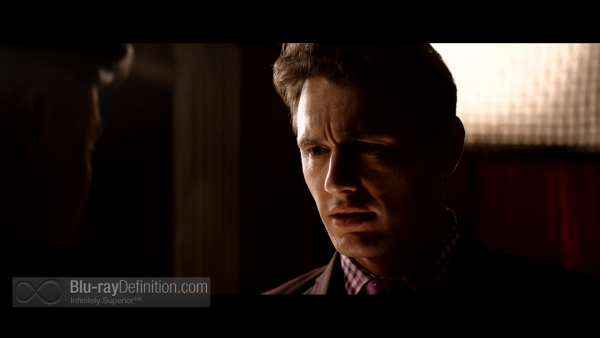 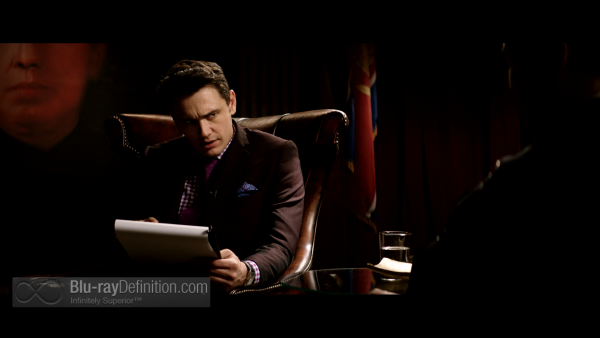 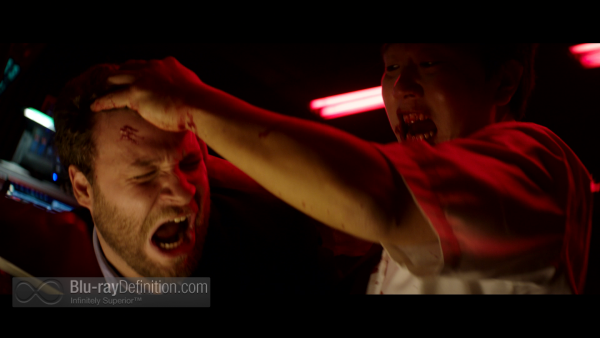 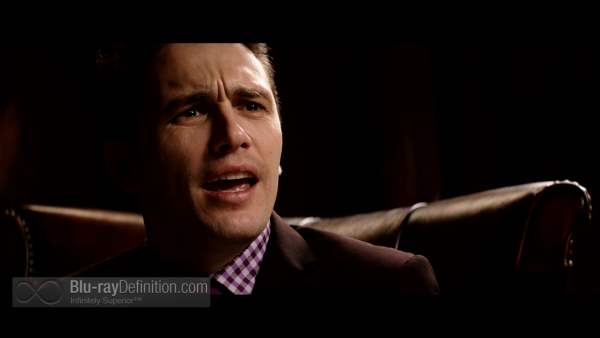