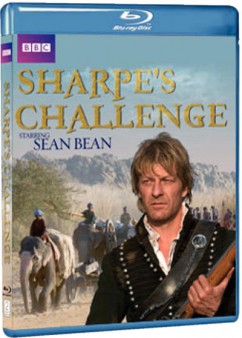 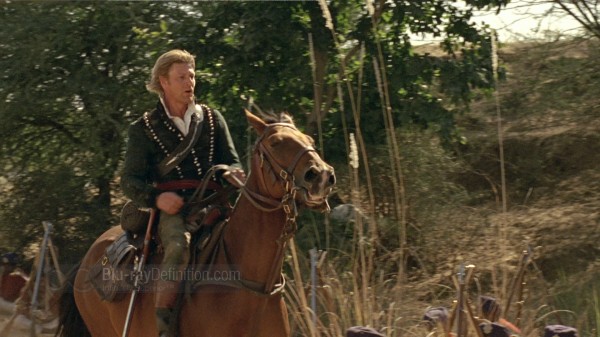 The Sharpe series of dramas, based on the novels by Bernard Cornwell, follow a working class British soldier during the Napoleonic wars who is raised through the ranks to a commissioned soldier when he saves the life of the Duke of Wellington. Played by Sean Bean (The Lord of the Rings), Richard Sharpe will be familiar to US viewers who have read Cornwell’s books or watched the numerous films from the 1990’s on PBS.

Returning to the character after a 10-year layoff, the BBC have taken three of Bernard Cornwell’s novels, Sharpe’s Tiger, Sharpe’s Triumph, and Sharpe’s Fortress and condensed them into this one story. Now Sharpe has been promoted to Colonel, and it is 1817. Sharpe has been called upon to track down a missing English agent in India, Patrick Harper (Daragh O’Malley), who just so happens to be Sharpe’s friend.

In India, Sharpe finds Harper, and the two must now bring down a rogue British soldier from the British East India Company, General William Dodd, who is leading a rebellion against the English in the name of the young Indian leader Khande Rao (Karan Panthaky) and his regent, Madhuvanthi (Padma Lakshmi).

Additionally, Sharpe and Harper must save their general’s captured daughter, Celia (Lucy Brown)  from Khande Rao by going undercover as deserters in Roa’s impenetrable fortress.

Sharpe’s challenge is a lavish production, filmed on location in India near the Pakistan border. With thousands of extras, hundreds of local Indian tailors put to use, and Bollywood production crews brought in to build sets, the production value certainly shows. The end result is something far more cinematic than one is used to from a television production. Although the story at times shows the signs that it has been folded together from three separate sources, it is still a jolly good adventure. 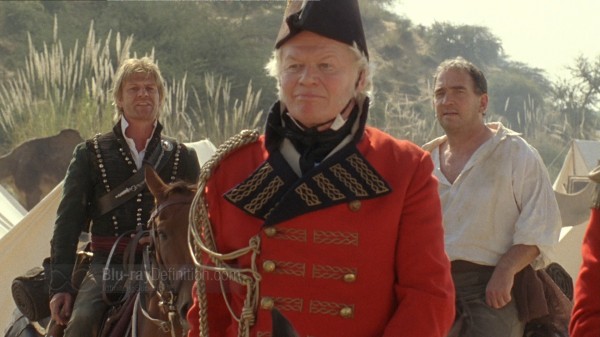 Sharpe’s Challenge has been given a brand new HD upgrade for Blu-ray from its original Super-16mm negative. They’ve even gone back and redone the visual effects, which were originally done in standard definition, in high definition for this new HD master. The result is a decent VC-1 1080p transfer that gets the best possible image of 16mm. Naturally, there is only so much possible resolution there to be extracted from a 16mm source, but they have done well to clean up the source and keep the grain tamed while still retaining a film-like look. Flesh tones are accurate, and the image looks best in the many bright, close-up foreground shots. 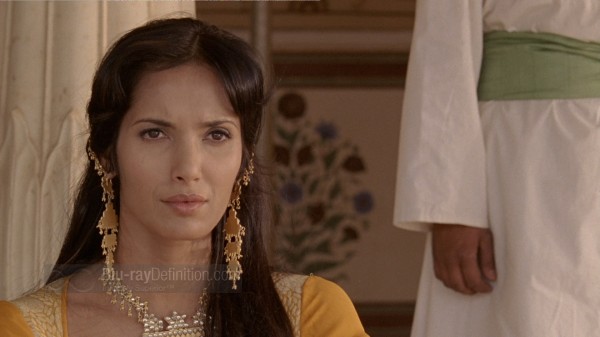 I’m not sure why at this point in Blu-ray’s development we still have to endure lossy Dolby Digital sound on any releases, but apparently we do. Sharpe’s Challenge comes with nothing more than a Dolby Digital 5.1 soundtrack that is lackluster. Dialogue is at times muffled and harsh with some noticeable clipping, the soundstage lacks subtly and a distinct separation of sound effects, particularly during the louder battle sequences where some explosions sound more “crackly” than outright boomy. 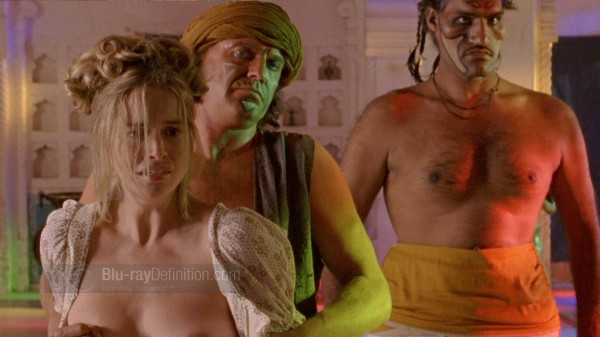 The commentaries and featurette on the creation of the new HD master, which offers great insight into the telecine process, are the strongest supplements offered of this release. 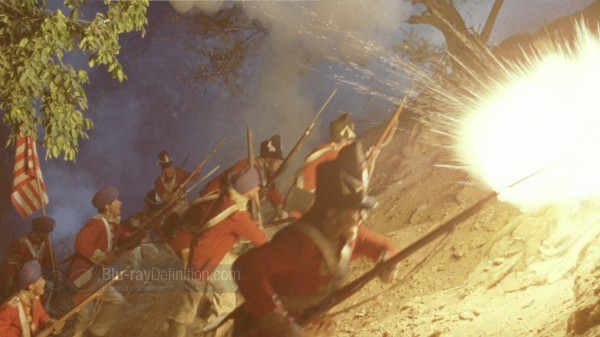 Cornwell’s Sharpe has still got it. Sean Bean is a charismatic hero, Sharpe’s Challenge is a marvelous production, and the new HD master looks solid on this Blu-ray release. 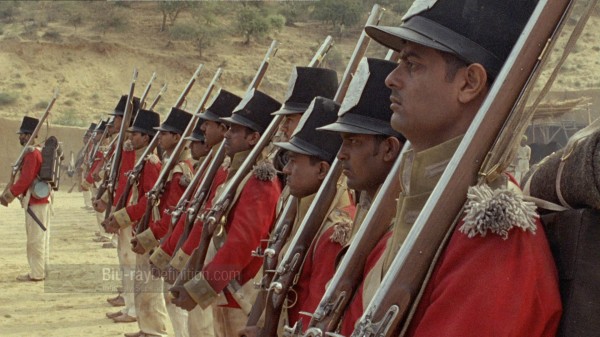 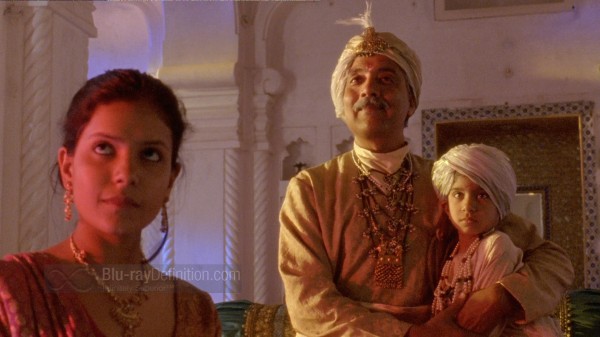 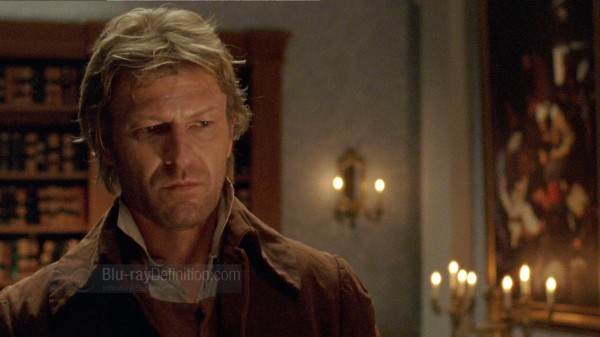 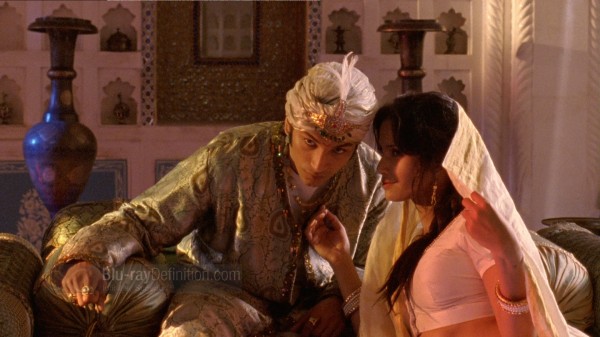 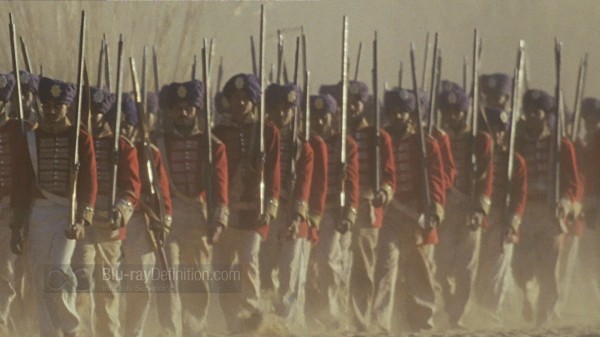 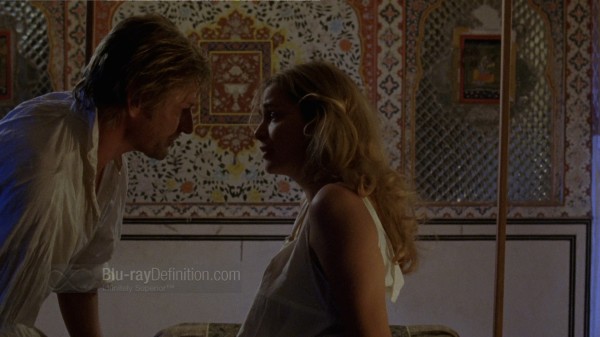 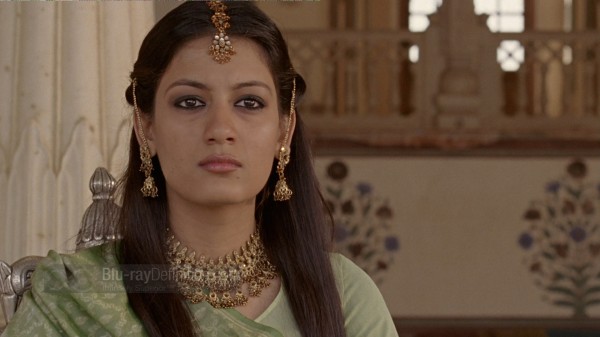 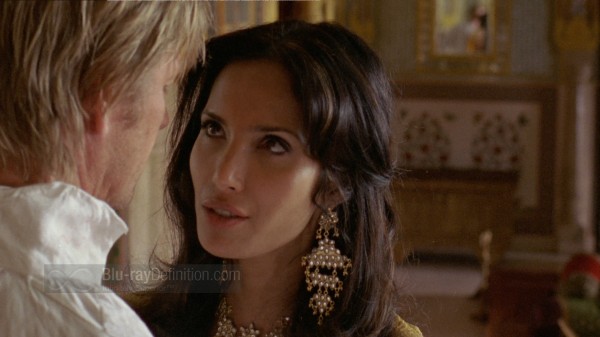 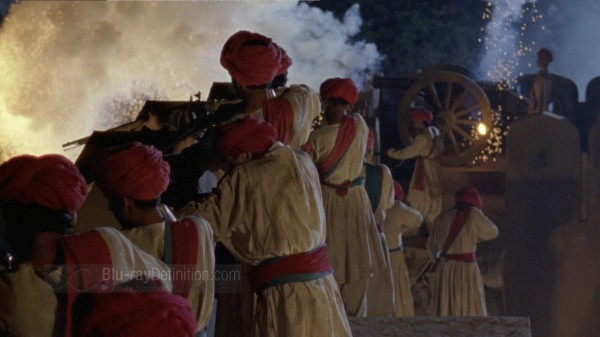 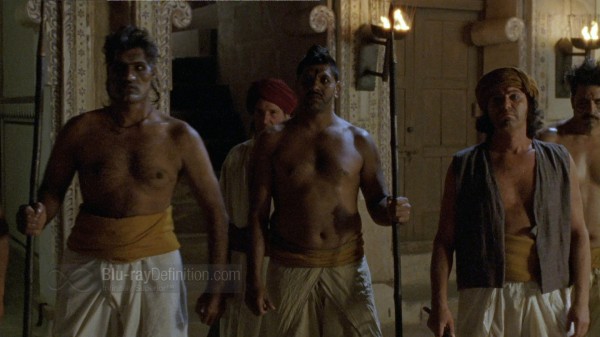 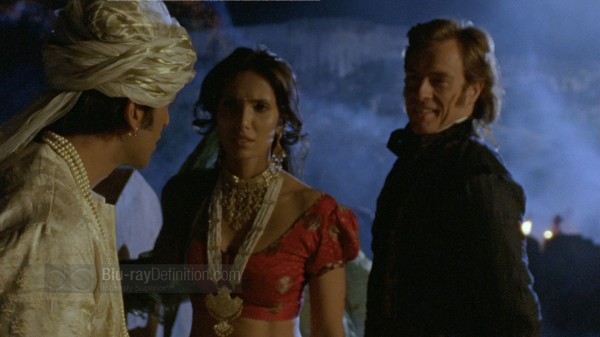 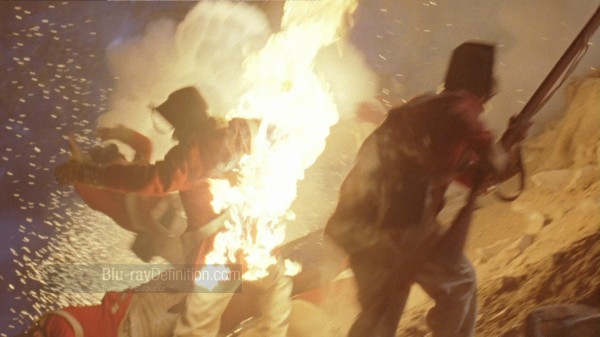