The Slipper and the Rose: The Story of Cinderella Blu-ray Review 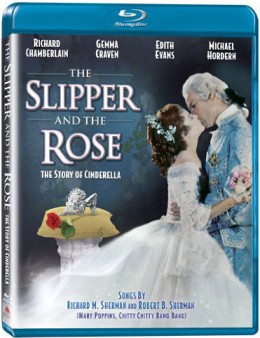 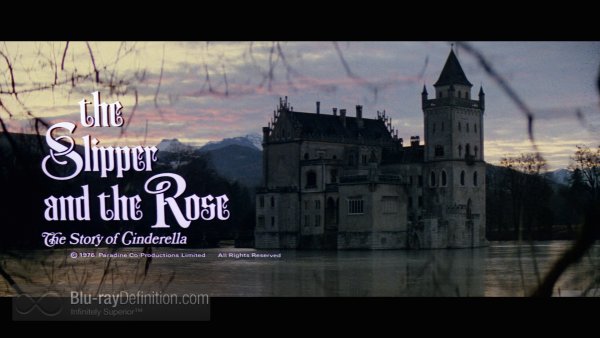 Cinderella, a timeless story,  has been frequently adapted for stage and screen. This 1976 adaptation of the Cinderella story, The Slipper and the Rose, is a musical/dramatic collaboration between Bryan Forbes and the Sherman brothers, best known for Mary Poppins. 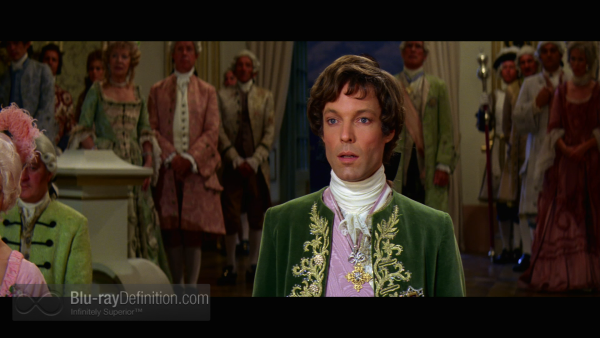 The screenplay opens in the tiny kingdom of Euphrania where the King (Michael Hordern) and Queen (Lally Bowers) are trying to get their son Prince Edward (Richard Chamberlain) married, as the aging dowager queen (the legendary Edith Evans in her last film performance) weighs in. Edward has just turned down his latest spousal candidate. Cinderella (Gemma Craven) has been turned into a servant by her recently widowed Wicked Stepmother (Margaret Lockwood) and her two stepsisters, Isobella (Rosalind Ayres) and Palatine (Sherrie Hewson).  In her loneliness, Cinderella imagines a future where she has found true love. 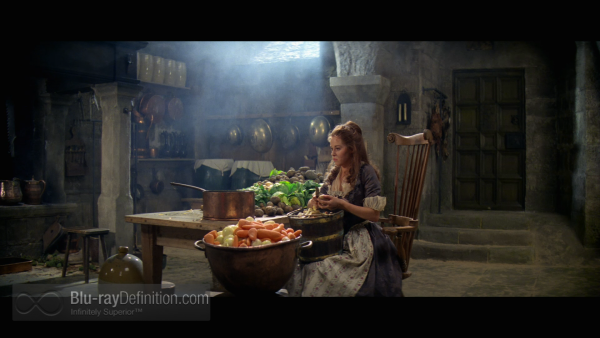 The Prince,  with John, his valet (Christopher Gable), enters the family crypt and catches a brief but fascinating glimpse of Cinderella. Back in her cellar, Cinderella is visited by the Fairy Godmother (Annette Crosbie) who gifts her with a dog. 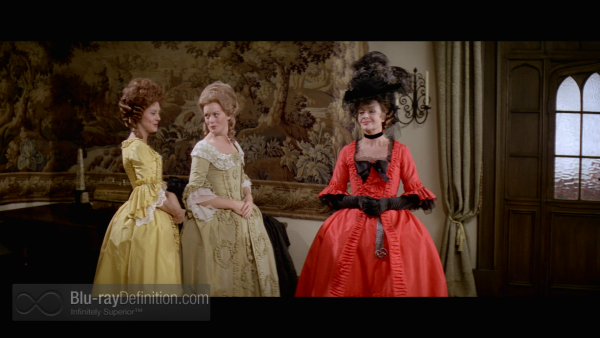 A royal ball is to take place during which a number of eligible young women will appear before the Prince. The Stepmother and her daughters press Cinderella into service to make them new ball gowns.They go off to the ball, as Cinderella, receives another visit from the fairy godmother who whips her up a gown, a four-horse coach, and dispatches her to the ball, with the usual midnight warning. Cinderella  appears and the Prince is immediately smitten but when the clock strikes twelve and off she dashes, losing a slipper on the way. 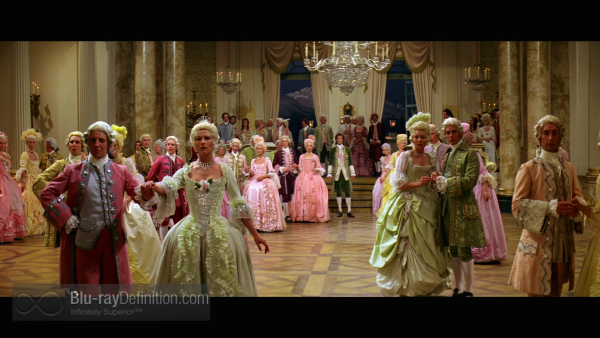 Prince Edward searches for the woman who will fit the slipper to make her his bride. Time passes and when John and his girl friend see Cinderella dancing in a field with the other slipper, they notify the Prince who immediately proposes to her.  Their union is prevented by the fact that Cinderella is a commoner and the Prince needs a marriage of alliance to secure peace for Euphrania. Cinderella is offered exile with a substantial dowry but she will only accept this proposition if the Lord High Chamberlain (Kenneth More) tells the Prince that Cinderella does not love him. Of course, we all know how this one finally ends. 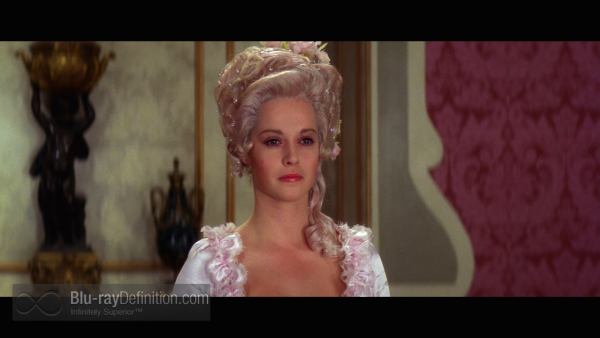 The Slipper and the Rose clearly made every visual attempt to convey opulence, beauty, and sense of period in its costumes and sets and excellent cinematography by Tony Imi.  That is the extent of the good news here.  The Richard and Robert Sherman partnership,  credited with writing the most motion-picture scores in film history, comes up a bit short on this occasion. There is nothing really objectionable about The Slipper and the Rose’s music, but nothing really memorable either in the fifteen-song program. The major downer is that there is no Julie Andrews to stir things up and that most of the  principals do not have sufficiently good voices to do justice to their songs. 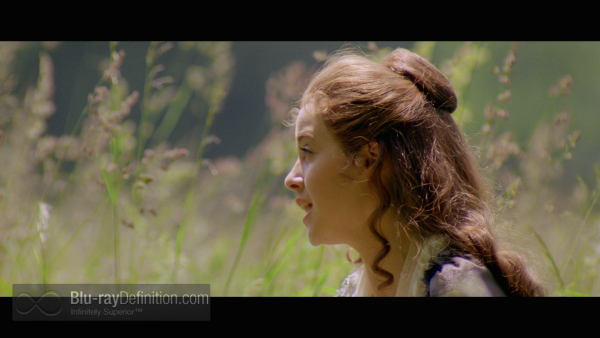 For the most part, this film is beautifully shot with mostly crisp visuals, stunning colors, gorgeous costumes and sets. There is the periodic use of a visual aura or haze around the characters that makes little dramatic sense. 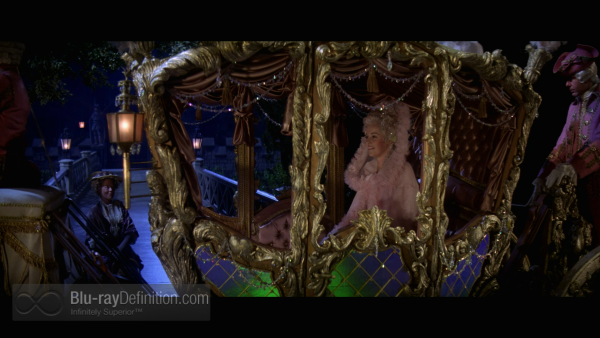 The DTS-HD Master Audio 5.1 soundtrack sounds like it was matrixed from two-channel originals. It is spacious, but when the vocal numbers occur, the voices are often in a completely different acoustic from the orchestra. Nonetheless, this version is far preferable to the stereo or Dolby Digital ones. 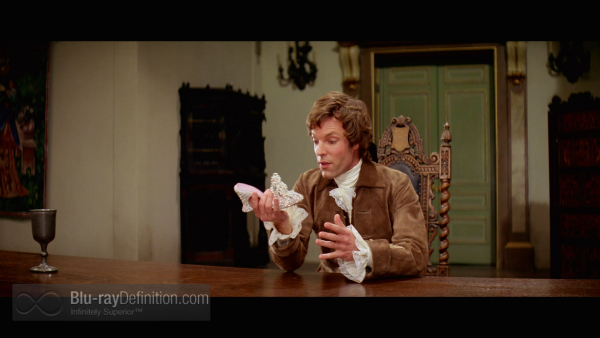 There are some decent fillers: 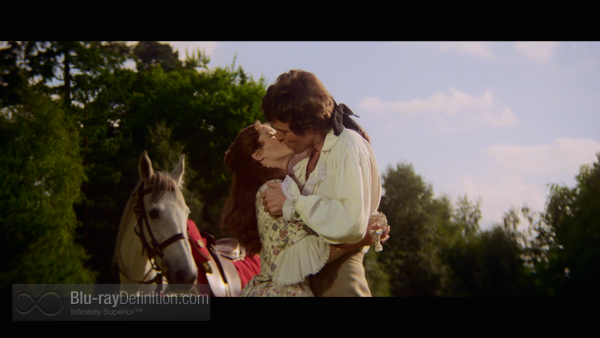 In spite of my considerable reservations about the singing, The Slipper and the Rose will be an enjoyable watch for younger, less critical viewers since the Cinderella story is so heartwarming and wholesome. Having heard the Rogers and Hammerstein version, there is simply no comparison between the work of talented Hollywood tunesmiths and that of a pair of  Broadway legends. The visual elements are, with the exceptions already mentioned, quite stunning and make the strongest case for giving this Blu-ray disc a spin. 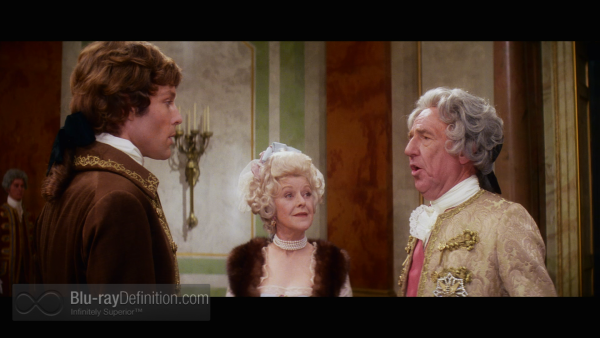 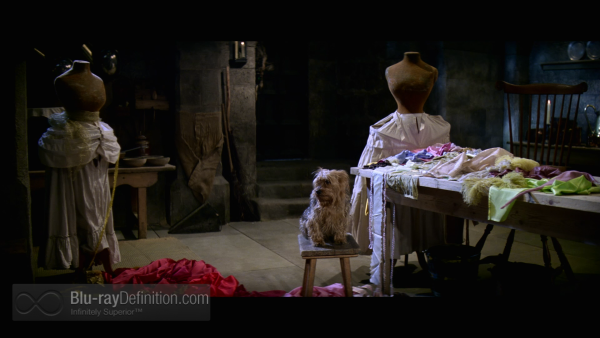 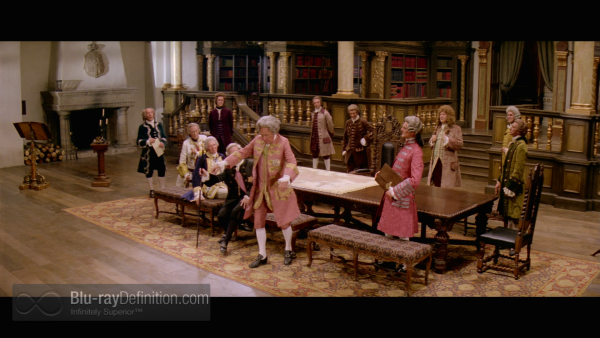 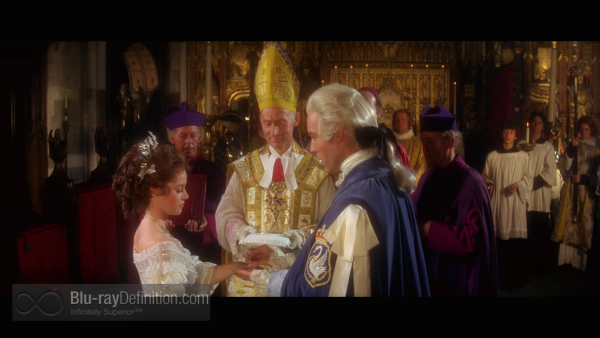