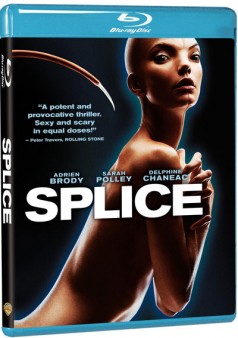 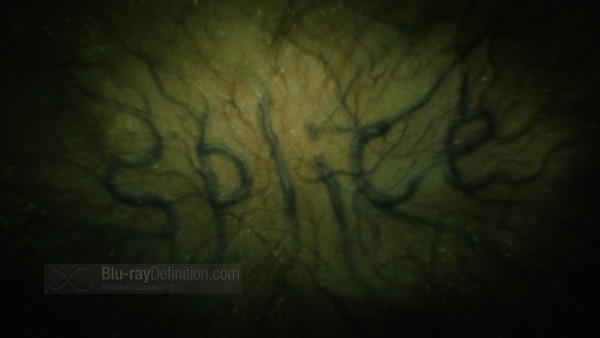 It seems every generation needs a bogeyman from the scientific realm to fixate over. Right up through the 60’s it was invading hordes of aliens from outer space. Then, from about the 70’s on, that began to wane as the computer age took shape and people became fixated on AI — artificial intelligence.  Surely mankind was going to be its own undoing with the invention of unstoppable cybernetic beings that would turn on us, overpower us, and destroy the world as we know it?! Just look at films like Terminator and The Matrix or the anime classic Ghost in the Shell as evidence of that.

But as science progressed to the point where the entire human genome had been decoded, the latest “bogeyman” shifted from cybernetic beings to clones. We would be our own undoing through the cloning of human and other unnatural beings that would, naturally, destroy us. Somewhere in this sort of hysterical thinking is the theme of writer/director Natali’s Splice, the story of two rebel genetic scientists who go far beyond the bounds of accepted morality in their gene splicing experiments to find chemical substances to create new wonder drugs.

Adrien Brody is Clive Nicoll and Sarah Polley is Elsa Cast, the scientific wunderkind couple at a mega-pharmaceutical company working on experiments in splicing animal genes together to create wholly new creatures from which chemicals can be synthesized to create new drug treatments. Clive and Elsa’s creations are the talk of the world and they’ve even managed to make the cover of WIRED, that’s like Rolling Stone for geeks.  But their two creature creations turn on each other and mangle each other to a bloody pulp at a press conference, leaving the pair shamed and in hot water with the firm. That’s when the boundaries are crossed. Elsa splices human and animal DNA and inseminates an ovary, vowing not to allow it to come to term, but the two of them bring the creature to term anyway. The result is a fast-growing animal/human hybrid with hyper-intelligence they name Dren (Nerd spelled backwards) (Delphine Cheneac). A bald, odd looking thing that quickly grows into a little girl, then a woman — at least from the waist up. From the waist down, she’s sort of bird-like, or lizard-like, or both. She has a tail with a poisonous stinger. She can spell out words with letter blocks, but can’t speak, and, oh yeah, she can cry, laugh, dance, and fall in love — with Clive.

It doesn’t take long for the two geneticists to realize they have a huge moral dilemma on their hands, and the older and more aggressive Dren becomes, the more difficult it becomes for the two to keep her hidden. It becomes more difficult for them to decide where the boundaries are, and what they can and cannot do with her.

Splice raises many interesting questions about genetic science, morality, and sexuality. It’s a visually and cerebrally stimulating film — part sci-fi, part thriller, part horror, but Natali’s script falls just short of a satisfying conclusion and often times bogs down a bit in dullness and cliché turns that are easy to predict. 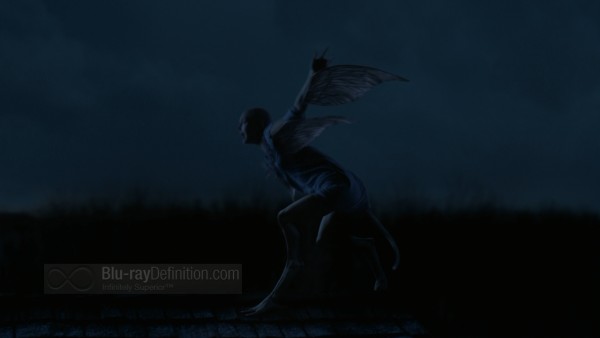 Splice is a visually pleasing film, but its image doesn’t always leap out at you, tending towards the softer side, with soft lighting, bluish tints, and shadowy scenery. Still, the 1080p 1.85:1 VC-1 encoding is a solid one, with a clean looking source, a good amount of detail and texture apparent in objects, a thin layer of grain keeping things film-like in appearance, and very extended shadow details. 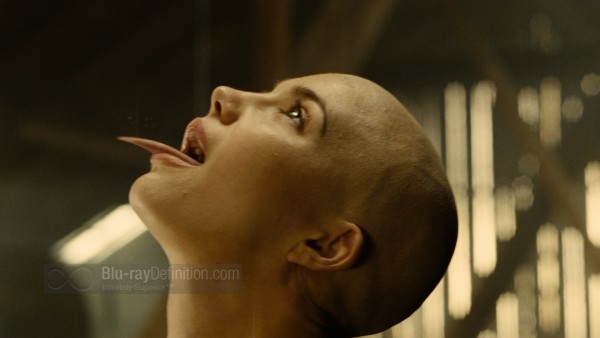 The DTS-HD Master Audio 5.1 soundtrack offers up an appropriately moody and ambient mix that surrounds listeners in a cavernous landscape of atmospheric sound effects, clean dialogue and a wide dynamic range with deep low frequencies. 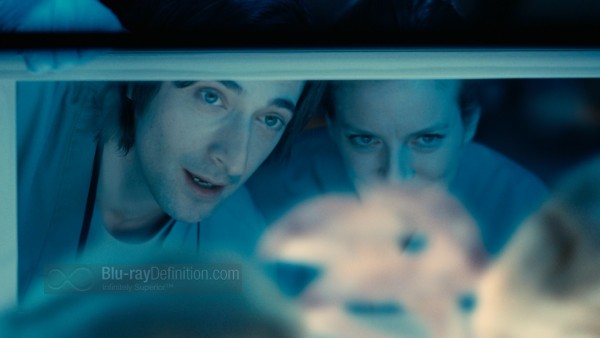 Supplements? Well, there’s one half-hour long “documentary” on the filming of Splice, with a moody behind-the-scenes look at the director on set entitled A Director’s Playground: Vincenzo Natali on the Set of Splice (1.78:1; 480i/60; 0:35.21) and BD-Live functionality that brings nothing relative to the party. 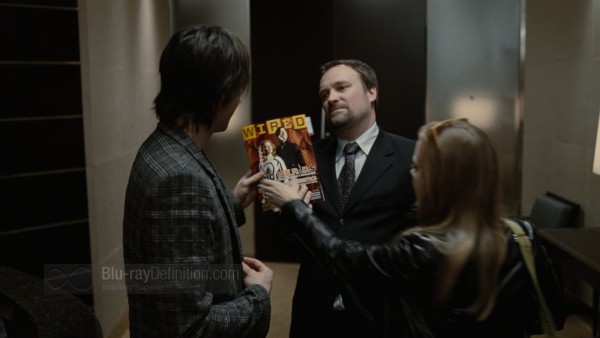 Splice looks beautiful and certainly supplies a lot of food for thought, but it is it an in depth analysis of cloning and gene splicing or just more sci-fi fear? Probably equal parts of each, in all honesty. Natali does successfully marry horror, thriller, and sci-fi genres in Splice for a moody and often creepy experience, but it falls short of total satisfaction. 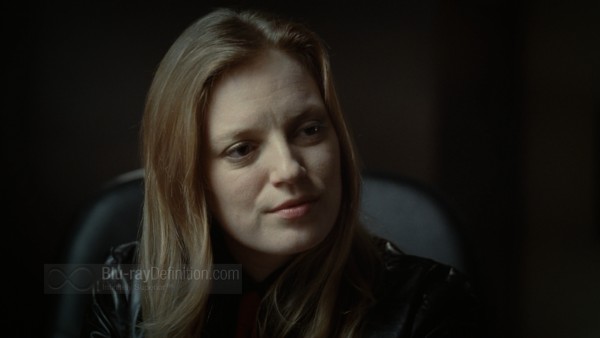 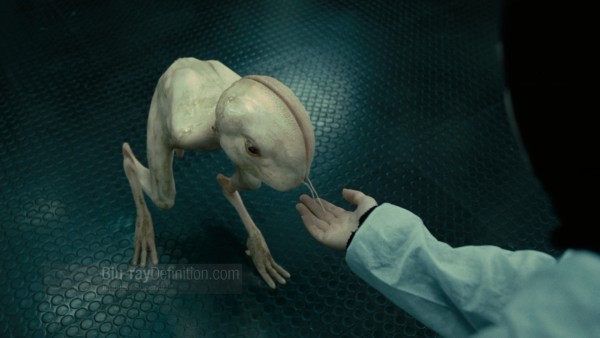 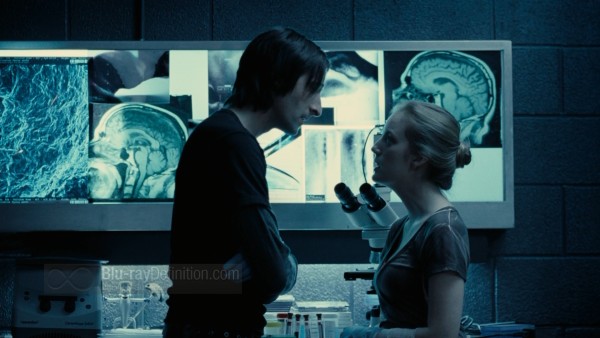 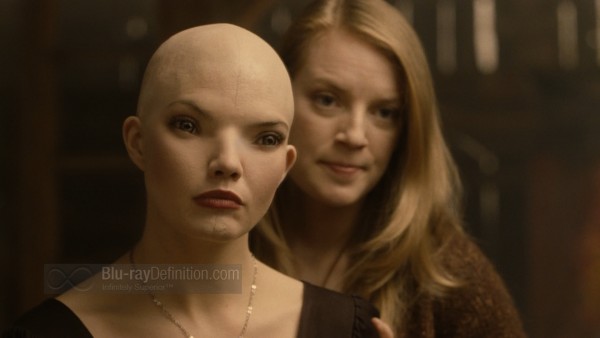 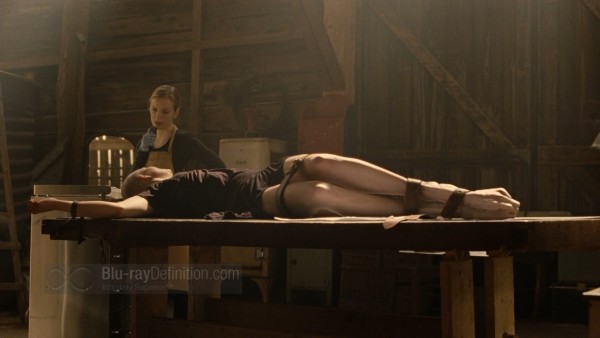