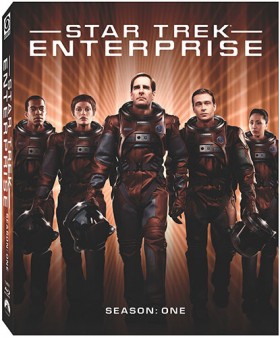 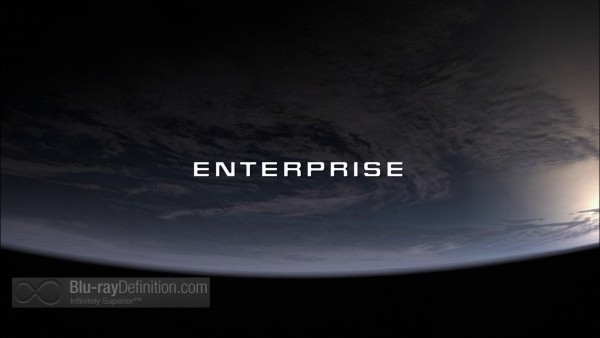 While the cast of Enterprise seems to click right away, this first season’s 25 episodes are uneven. Some episodes, like the introduction of the Ferenghi in “Acquisition”, feel poorly thought out and out of place. Others, such as “Fusion” in which the Enterprise comes across a crew of Vulcan’s with emotions, is more thoroughly fleshed out and in the best Star Trek tradition, tackles a tough subject like rape through the metaphor of Vulcan mind melds. Another stand-out episode includes “Dear Doctor”, a typical ethical quandary that focuses on the ship’s Doctor Phlox (John Billingsley). Though there are more misses than hits throughout the season, it does introduce the interesting enough Temporal War, which is a war fought across timelines and includes a new alien species the Suliban. It takes a while for this particular story arc to heat up, but the finale does set things up for the seasons to come in a good way. 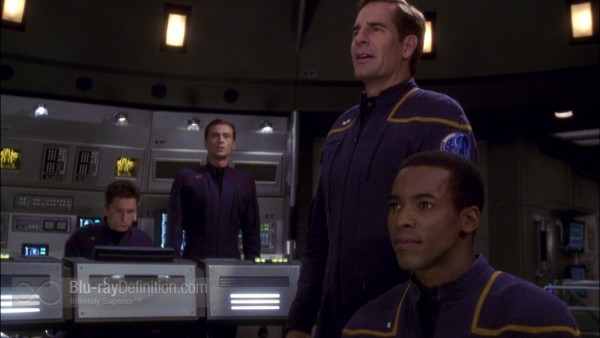 Seasons 1-3 of Enterprise were shot on 35mm film, and while this AVC/MPEG-4 1080p transfer does retain a film-like appearance, it is far from reference quality. The image across the season is uneven at best and downright disappointing at worst. From some areas of washed out blacks to film softness, visual effects that show lots of motion artifacts and low-resolution anomalies, to uneven grain levels and a middling contrast level, Enterprise in this first season Blu-ray release looks hardly any better than the first time I saw it in HD over-the-air broadcasts on my old 720p DLP display. 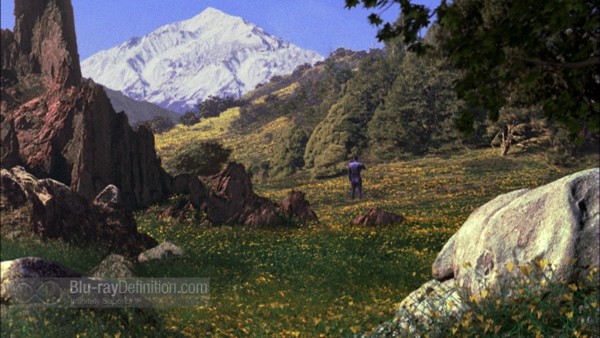 The English DTS-HD Master Audio 5.1 (48kHz/24-bit) soundtrack does offer clean dialogue and a reasonable amount of low end extension, but it hardly creates a tight 360-degree circle of sound. The surround channels have a low level of atmospherics with the occasional odd discrete sound panned into them that seems out of place at best. The balance just doesn’t work here, and it is, again, disappointing for a Star Trek series. 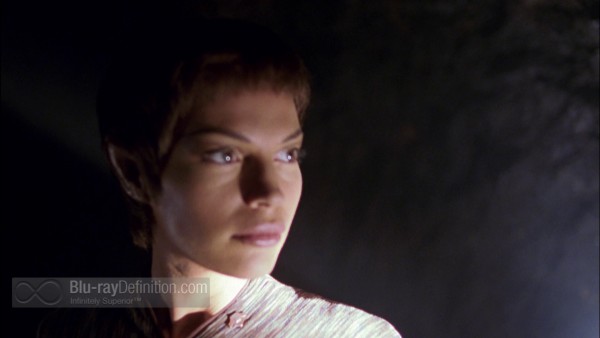 This set is loaded with supplements, though much of it is ported over and in standard definition. There are new select episode commentaries, some older text only commentaries, select deleted scenes, and plenty of production featurettes. See below for further details. 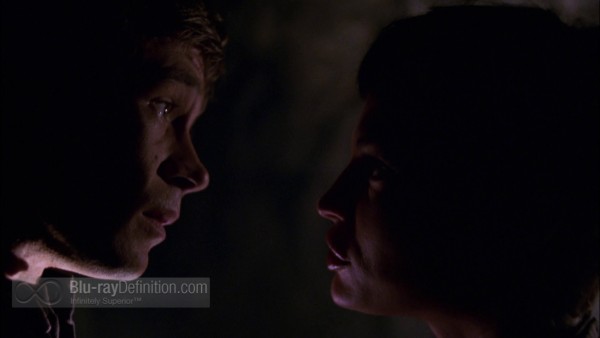 Probably the strongest thing going for Enterprise are the visual effects, which are typically top notch, in line with the franchise. The set designs and costumes are a bit different, given this is meant to predate even the original series, although the effects manage to look more advanced. They just look pretty good, if a bit on the rugged side of things. And, hey, we won’t even question why the women go from jumpsuits to miniskirts (Star Trek) and back to jumpsuits (The Next Generation). 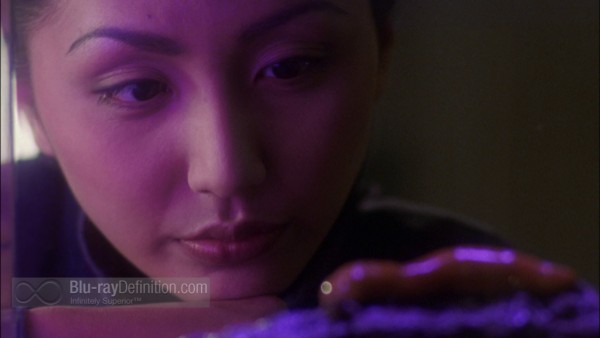 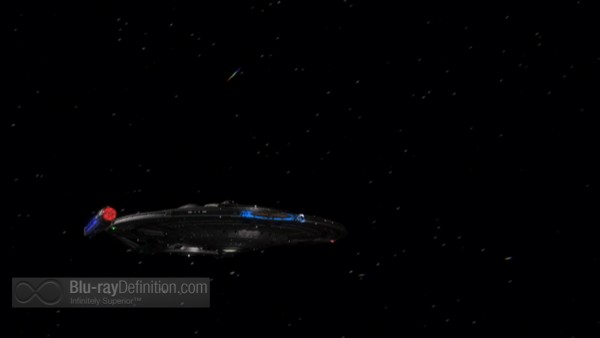 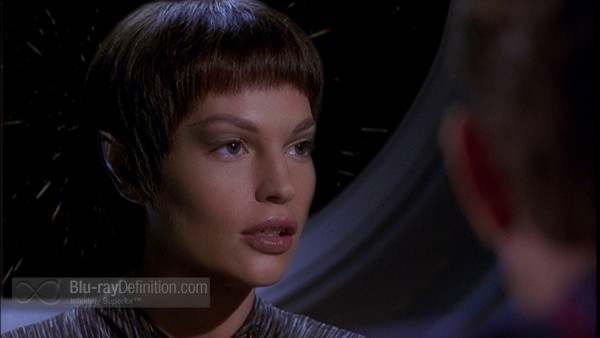 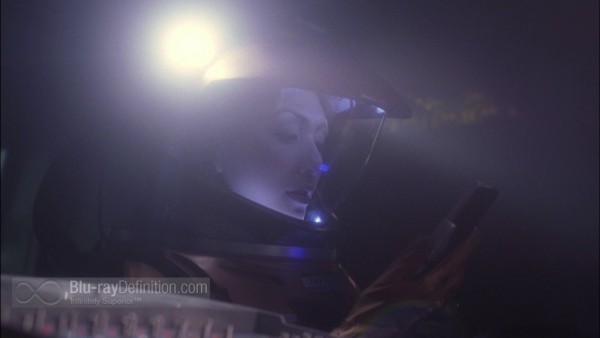 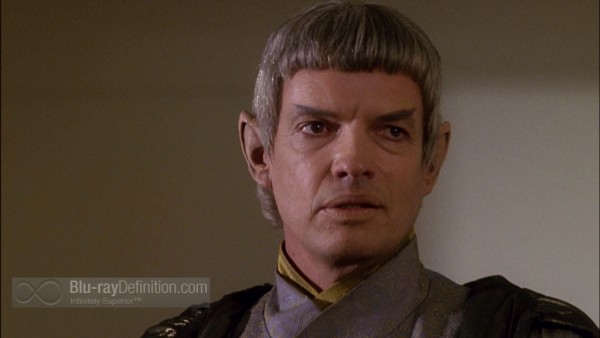 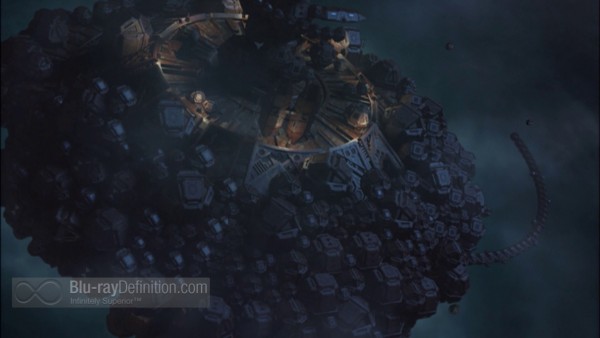 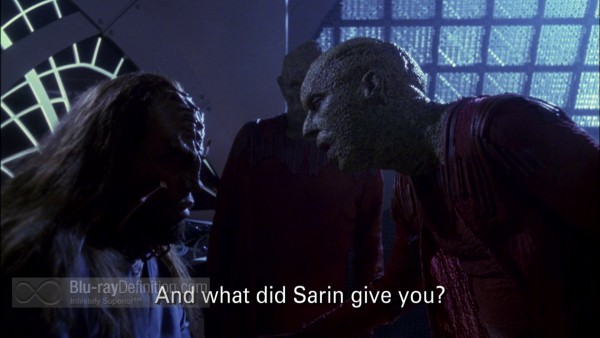 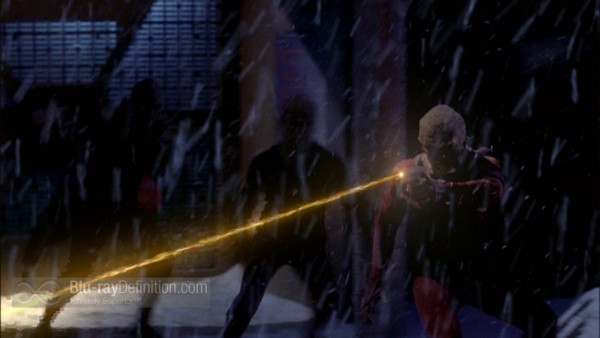 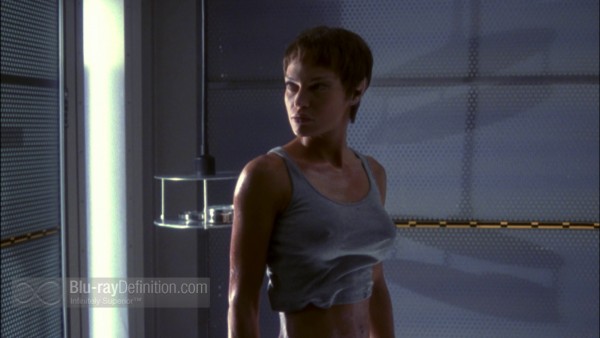 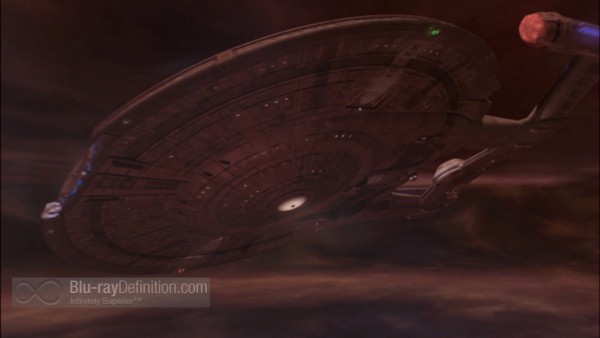 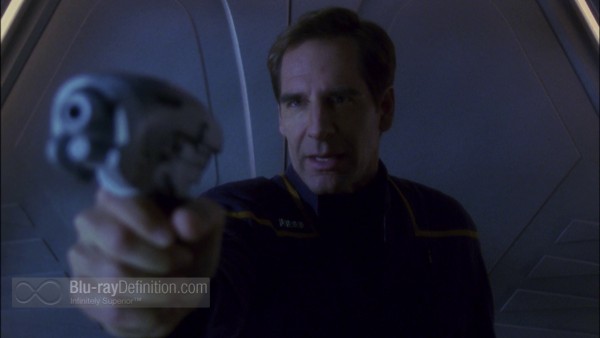 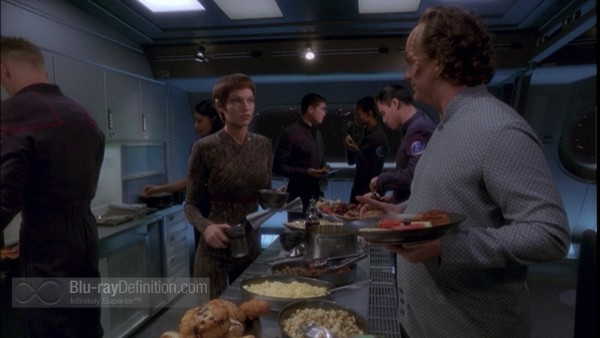 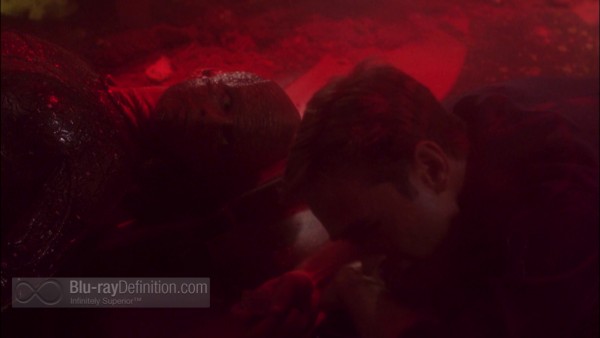 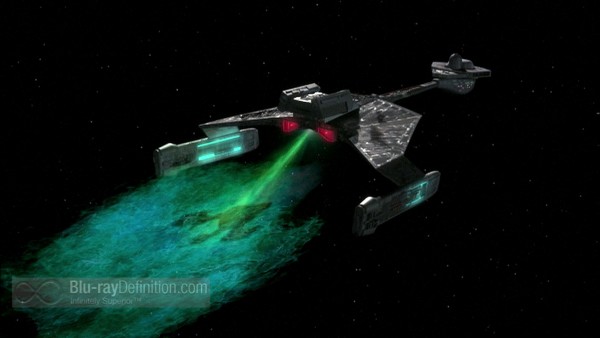 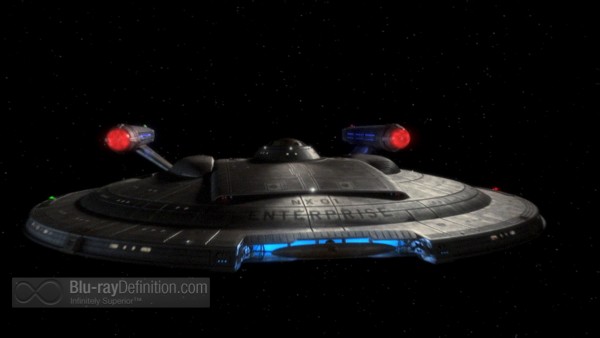 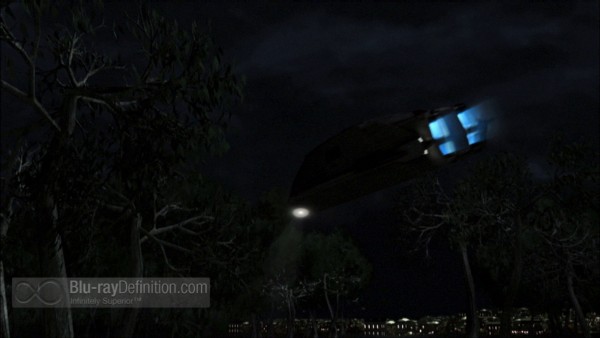 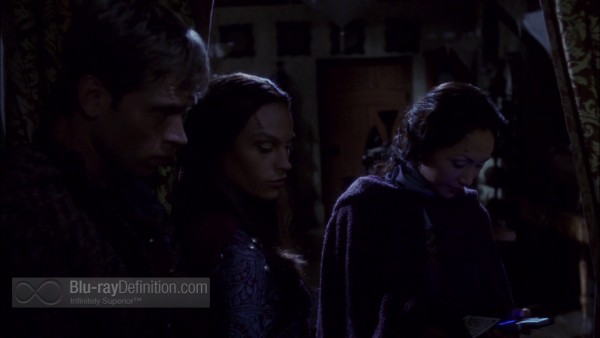 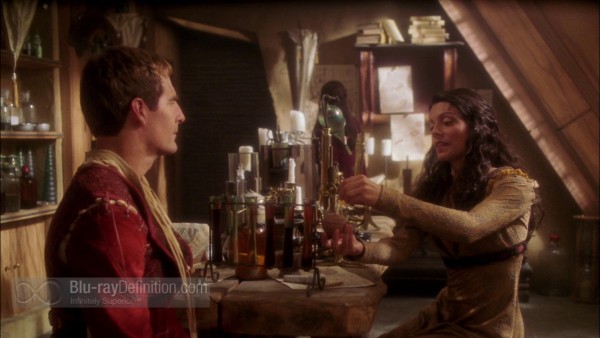 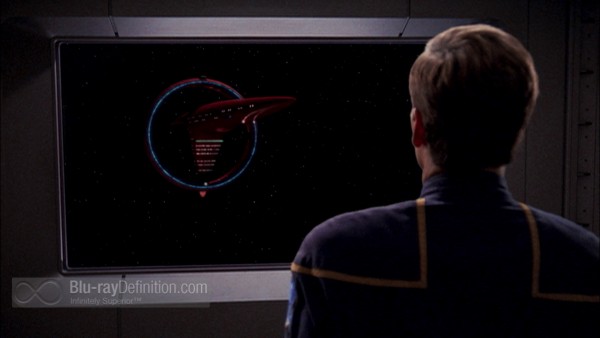 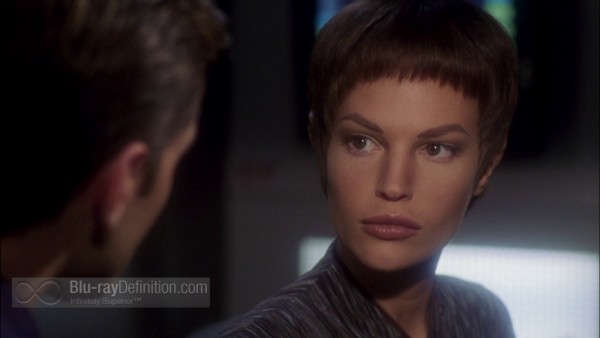 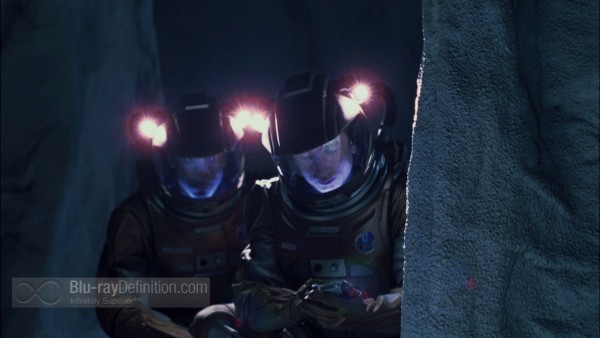 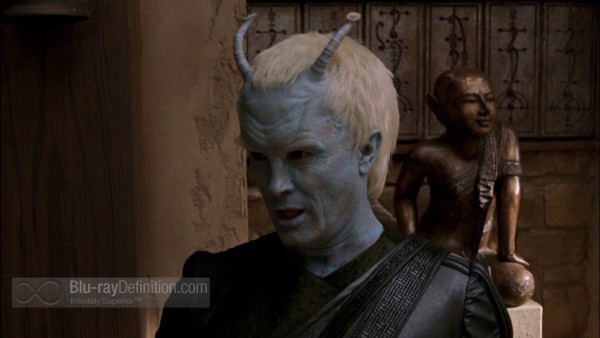 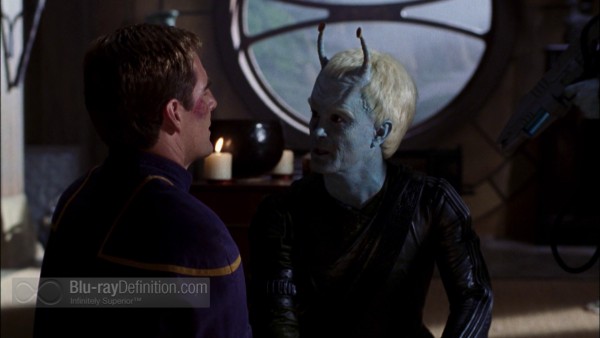 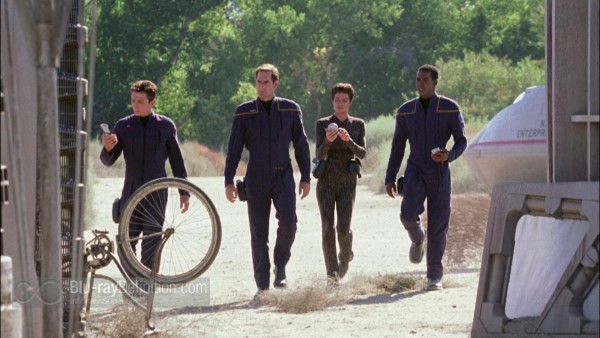