Steve Jobs has kind of always been known as both a genius and a, well, an asshole. A genius for being able to help coax the people around him into bringing some of the most sector changing tech products to market such as the Macintosh, iPod, and iPhone, and an asshole for the way in which he rode them in order to get them to reach those heights of achievement. Then there was that “little” thing about the adopted Jobs himself turning around and trying to deny paternity of his own daughter Lisa, even after a paternity test proved he was and a court ruled he must pay child support, of which the multimillionaire paid the bare minimum of a few hundred dollars a month. 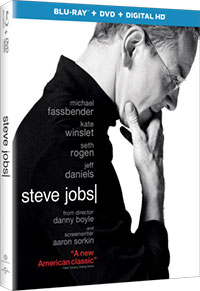 In this dramatic biopic, director Danny Boyle, in  rare, tempered form, directs from a brilliant Aaron Sorkin (The West Wing) screenplay that tracks the story of Jobs across 14 years through a series of backstage confrontations that take place right before major Apple product launches. The first is right before the unveiling of the company’s seminal product the Macintosh in 1984 when his ex-girlfriend Chrisann Brennan (Katherine Waterston, Inherent Vice) demands Jobs (played by Michael Fassbender, 12 Years a Slave) acknowledge his daughter Lisa and pay more in child support. The second, coming in 1988 after Jobs has already been ousted from Apple, comes right before Jobs is about to unveil his NeXT cube, the super-expensive computer meant to directly compete with Apple in the education space. Jobs’ former friend and the CEO of Apple, John Sculley (Jeff Daniels, The Martian) arrives to flesh out the details of how exactly Jobs was voted out of the company by its board and why people believe Sculley fired him. The last major confrontation arrives in the form of Apple co-founder Steve Wozniak (played smartly by Seth Rogen, The Night Before) who demands that Jobs acknowledge the Apple II team as he introduces what will go on to be the first in a line of company saving products, the Bondi Blue iMac.

While Steve Jobs the film certainly walks a fine line between biography and fiction, its nearly epic feel is riveting and is helped by the marvelous production and on point, taught direction skills of Danny Boyle. Fassbender may not necessarily evoke the real Steve Jobs on first glance, but my film’s end, he is wholly inhabiting the body of Jobs, both in his perpetually arrogant and distasteful personality, and his slender, black mock turtle neck style.

Even more noteworthy, however, are the supporting performances that help to inhabit the spaces around Fassbender. Kate Winslet (Insurgent) is magnificent in her role as Jobs’ overworked personal assistant Joanna Hoffman, Jeff Daniels is believable John Sculley, a man both in over his head and devious enough to out maneuver Jobs, and Rogen has just the right amount of affability and seriousness to go toe to toe with Fassbender as the friendly yet put upon sidekick who was the technical brains, Wozniak, behind the genius that was Steve Jobs.

Universal delivers a beautiful transfer of Steve Jobs on Blu-ray. Originally shot digitally on the Arri Alexa XT and Red Epic Dragon with certain scenes shot on Super 16 and Super 35 to give the film that authentic, vintage look, presumably, this disc looks superlative, with clean and crisp details, nuanced shadows and no noise, banding, or compression errors.

Subtlety is the description for this English DTS-HD Master Audio 5.1 soundtrack, as one might expect for such a dialogue-driven film. The surround channels carry a very low level amount of atmospherics while the front three channels get most of the attention from the sound engineers, with strong stereo imaging. Although this mix doesn’t dazzle with lots of sound effects, big low end and things spinning around the room, it is effective for this film. 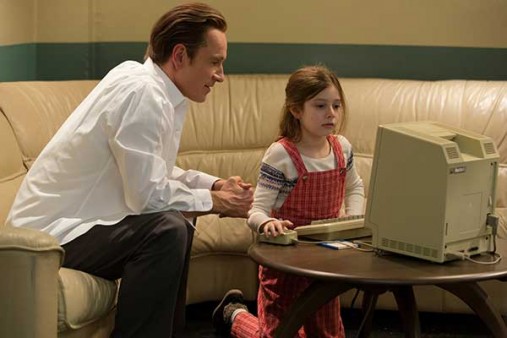 While the double dose of excellent filmmaker and writer audio commentaries are much welcomed, outside of the also informative just under 45-minute making of documentary, the extras are underwhelming on disc. No interviews with Woz, no documentaries on Apple, no archival footage of the era to show us the real personalities from this film, just this making of and two commentaries. 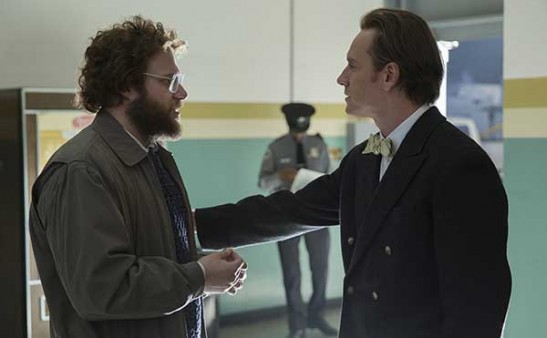 Danny Boyle keeps his tendency toward the sometimes bizarre and surreal at a minimum in this taut biopic that tracks the rise fall and rise again of Steve Jobs, co-founder of tech giant Apple. It’s a sleek character study with strong performances from Michael Fassbender and Kate Winslet, even as it still fails to really uncover the essence of what made Steve Jobs, Steve Jobs.