The Stone Roses: Made of Stone Blu-ray Review 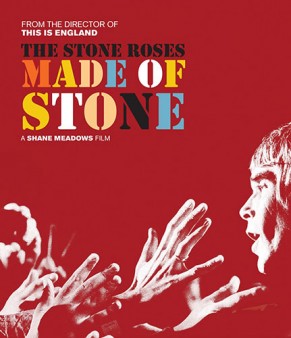 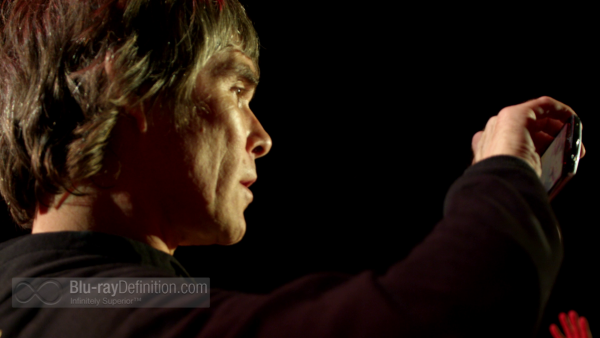 No one thought it was possible, but if you lived long enough (and I believe I certainly have) you lean to ever doubt possibilities. In 2012 legendary “Madchester” band The Stone Roses announced they were getting back together to do a reunion gig in their home town of Manchester, England. The UK band were a powerhouse in the late ’80s and early ’90s, poised to become the undisputed greatest band in the world. For one brief moment perhaps they were the greatest band in Europe, at the very least, and that success spilt over to North America. Their addictive blend of dance rhythms, punk rock energy, and 1960s melodies culminated in an eponymous debut album filled with fan favorites and radio hits like “Adore”, “I Am the Resurrection”, “Shoot You Down” and “Waterfall”. Then there’s the funk-laden dance-rocker “Fools Gold” a single eventually released in a reissued version of the debut album in the US.

The band would get into a prolonged legal battle with their record label Silvertone and then their manager that would lead to a gap of six years between this stunning debut and their second studio effort, Second Coming, a good if not quite as spectacular follow up. The volatility of the band members, egos, and personal life changes eventually led to a split up of the Roses basically during the recording of the second album. Once it hit the shelves, they were done. Lead singer Ian Brown and guitarist John Brown hadn’t parted on the best of terms after Brown stormed off during a concert in support of Second Coming, and then it was all over.

Suddenly, in 2012, the two began communicating and writing songs again, and the reunion was on. Filmmaker Shane Meadows (This is England) was on hand to document the whole thing in The Stone Roses: Made of Stone, and with his unique style, and the knowing eye of a longtime fan, he captures the band behind the scenes bringing their big gig at Manchester’s 75,000 capacity Heaton Park together while documenting the beginning, end, and restart of the band. As we learn from the film’s candidness, the volatility that made The Roses so great is still alive and well, as witnessed during a particularly bad warmup gig in the Netherlands in which drummer Reni left to go home, leaving the band unable to perform an encore, and also putting the entire reunion and Heaton Park show in jeopardy.

For the Stone Roses fan who stayed true for the past 25 or so years, no better gift could have come along than this fantastically humorous, musically sublime documentary, other than a chance to actually see the band in concert live once again. 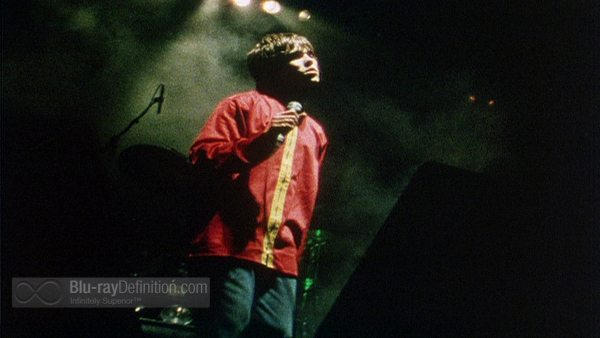 There are a mixture of sources in this documentary film and, as usual, they provide vast difference in image quality. Some of the early live and home footage of The Stone Roses is far below the quality of the more recent video footage of them performing in concert. The AVC/MPEG-4 1080p encodement to Blu-ray is a fine transfer that stays out of the way of the original film and probably looks as intended, but the original film is not a reference source to begin with. 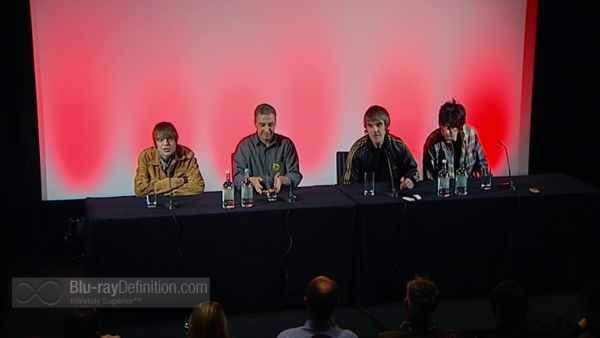 It’s disappointing that only a lossy Dolby Digital track is offered for the 5.1 surround option, and the 2.0 is only a 16-bit 48kHz LPCM track as well that doesn’t qualify as high-res. The Dolby Digital 5.1 and LPCM both work more than fine for the documentary footage, but neither one, especially the Dolby Digital, offers the best dynamic range and instrumental separation, but they are far better than expected. Low and high end sound particularly musical on the Dolby Digital track and vocals are clean. 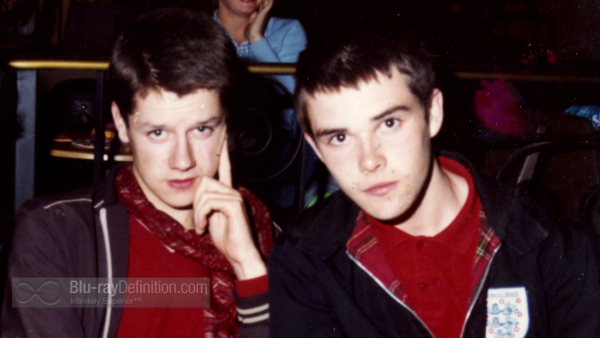 For Stone Roses fans like myself, the real treat here are the full live performances included. Everything else is filler, except the insightful audio commentary. 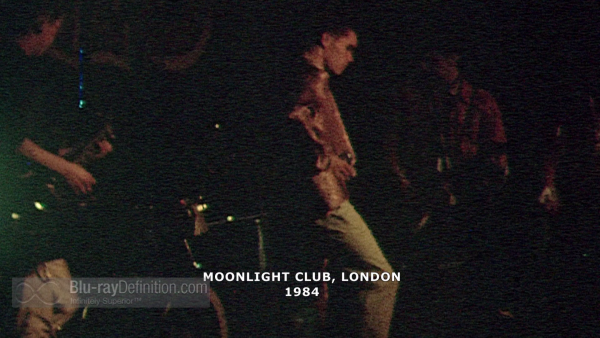 Made of Stone is a riveting documentary that is humorous, candid, and most of all, all about the music. It’s a real treat for The Stone Roses fans and everyone who lived through the Madchester days. 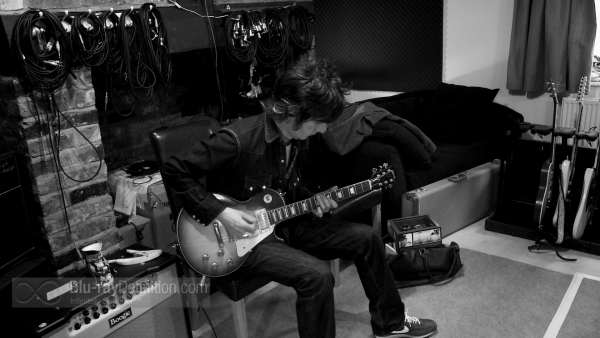 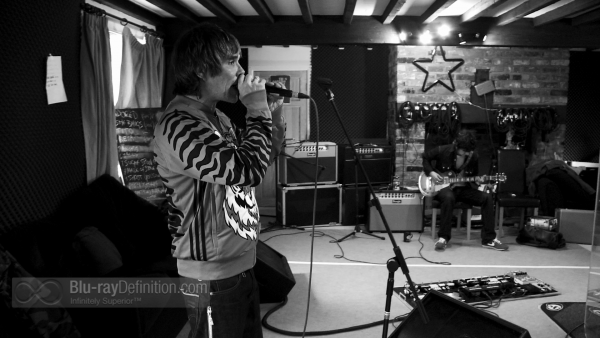 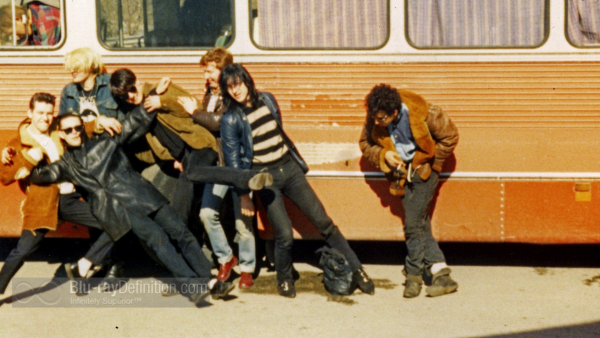 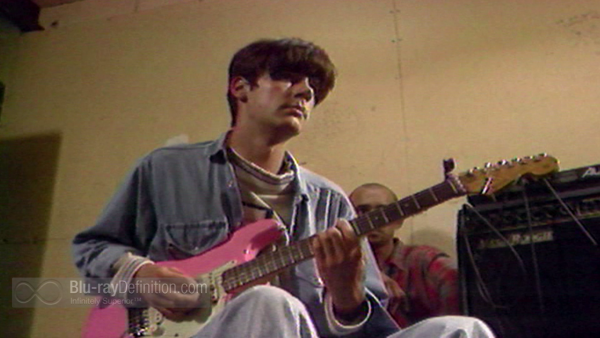 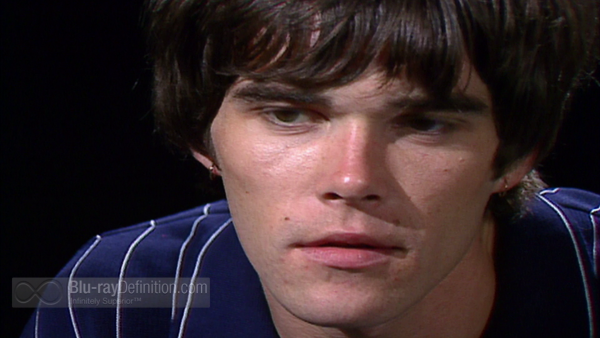 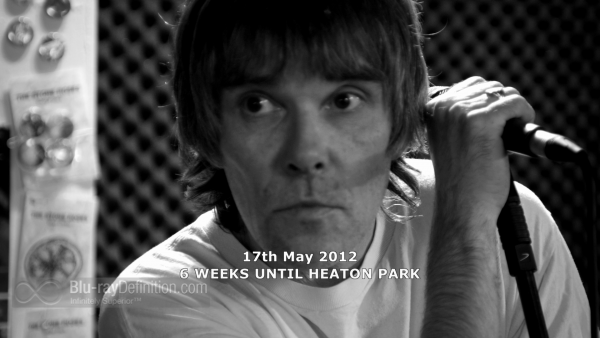 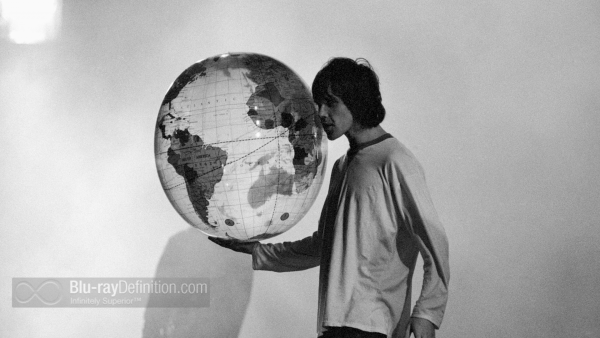 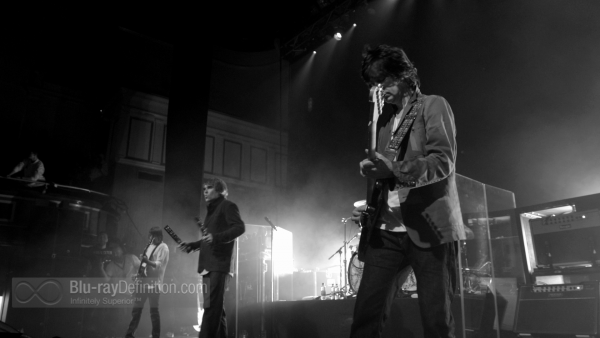 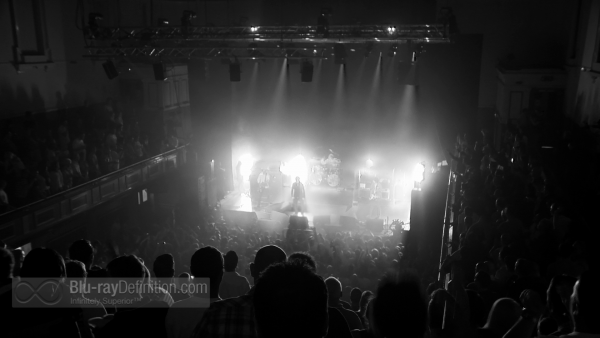 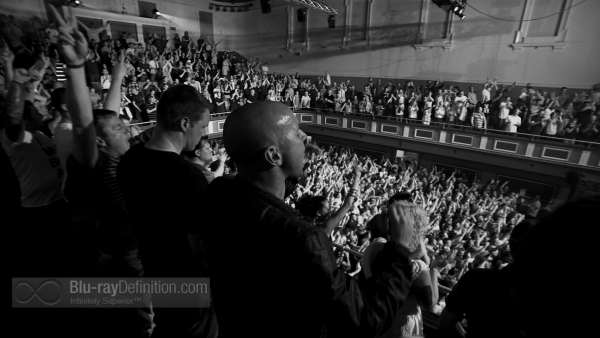 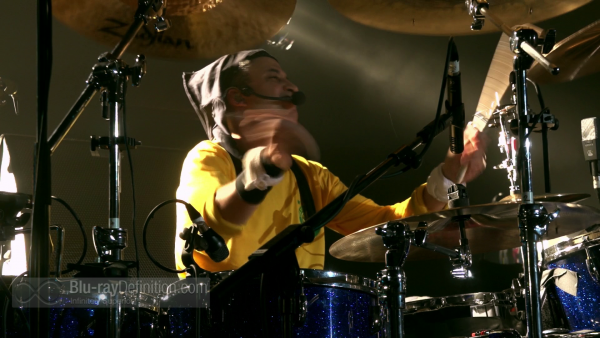 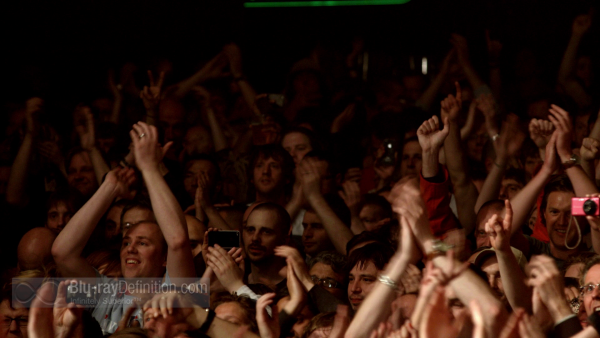 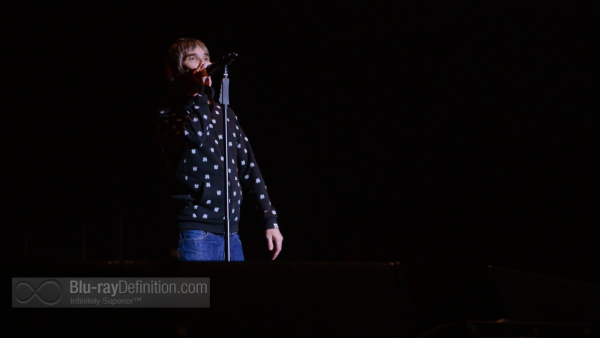 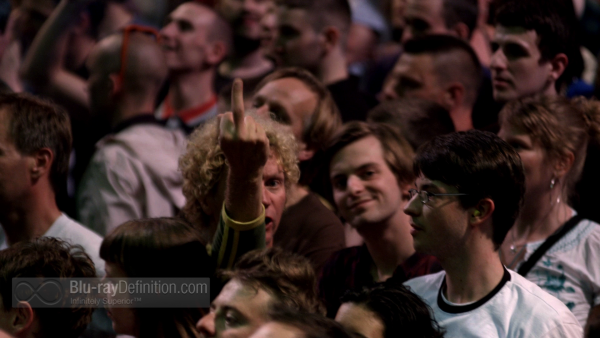 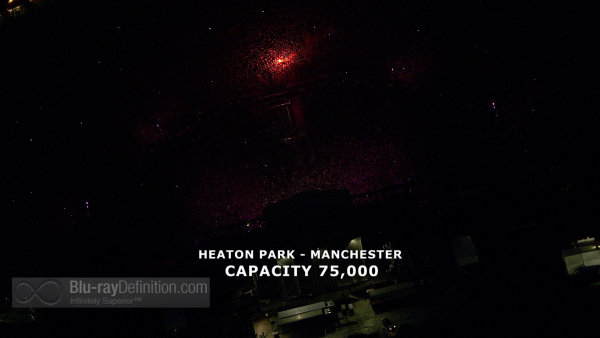 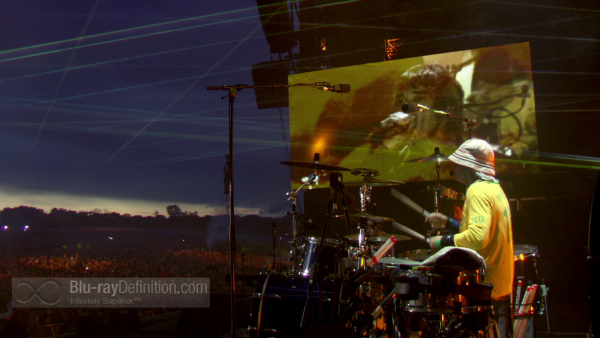 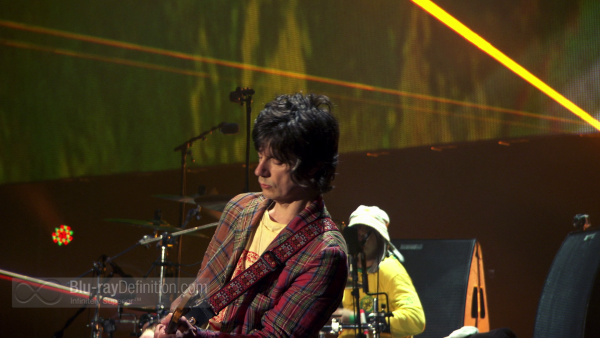 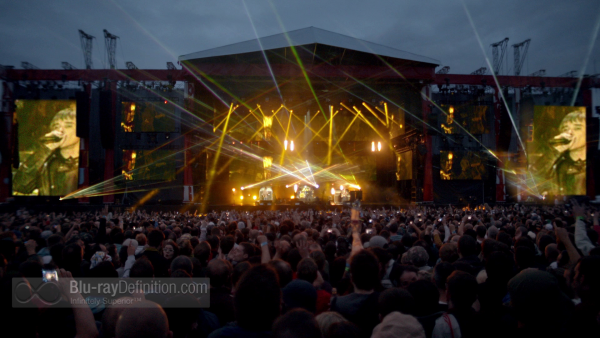 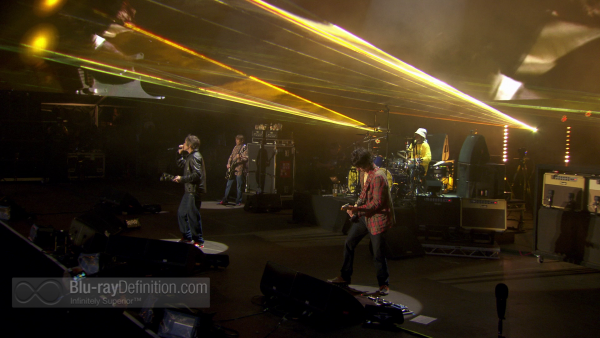