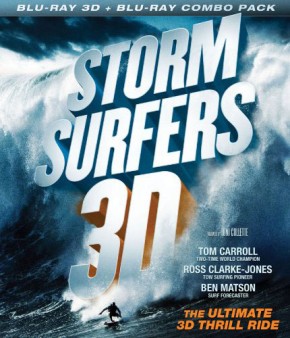 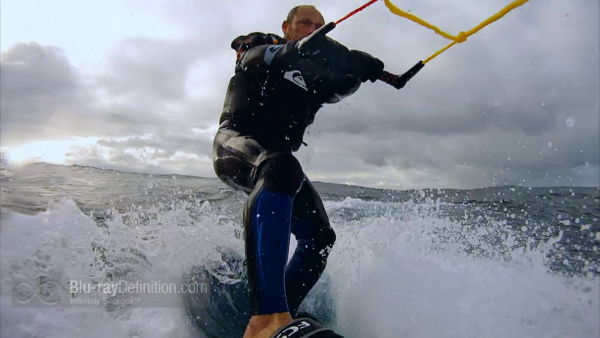 I had the pleasure of seeing Storm Surfers 3D at the Dolby Laboratories in New York City before the film’s official premiere. The following is my review of its theatrical release, republished.

Surfing films have been a popular niche documentary genre since the days of director Bruce Brown’s 1960s road trip surfer classic The Endless Summer whetted filmgoers appetites and stimulated their imaginations with the glistening bodies, shimmering seas, and sandy beaches of the then burgeoning surfer culture. Something all of these films have had in common is that, just as the sport of surfing itself has evolved over the years to become more death defying, more thrill seeking, so has the filmmaking to capture it. They have been slowly pushing closer to the edge of what’s possible – larger waves, farther out from civilization, cameras right in the tunnel with surfers.

With Storm Surfers 3D, not only do we get the cutting edge of 3D technology, but we also get two subjects in best friends and Aussie surfing legends Ross Clarke-Jones and two-time World Champion Tom Carroll. The pair have been at the extreme of their sport for decades. Both of them rapidly closing in on fifty at the time of this documentary (Caroll turning fifty and and Clarke-Jones forty-five), they haven’t slowed down much from pushing the sport to its most dangerous limits.

The documentary, similar to The Endless Summer, follows these two friends, the outgoing and still nearly stark-raving mad daredevil Ross Clarke-Jones and the somewhat more subdued family man with three young daughters, Ross Carroll, as they travel throughout the Southern Hemisphere’s winter surfing season looking for the big waves, often in the middle of nowhere, that have made them surfing legends among the younger generation. This big wave or “tow-surfing”, as it is called, is a spectacular feat to witness, requiring the coordination of the team’s personal meteorologist, (and often the inclusion of helicopters and fishing boats) and jet skis to tow them onto the waves.

Beyond being a simple look at surfing and awesome waves, Storm Surfers 3D is a buddy film that manages to infuse a lot of humor into often tense and dangerous situations. This is both due to the relaxed relationship that Caroll and Clarke-Jones have with one another that only comes from decades of friendship alongside each other defying death, and the willingness of directors Justin McMillan and Christopher Nelius to relax the focus of the film from the surfing itself to some more intimate scenes with these surfing veterans offering us their life experiences or just hanging out together goofing off.

The 3D imagery, much of it captured with state-of-the-art miniature handheld 3D cameras that put us right inside the barrel of some of the most frightening waves, is absolutely exhilarating as well. Perhaps even more so than the excessive CG manipulations of Hollywood such as Avatar or computer generated animation from Pixar like Brave, this is the sort of thing, right from nature, that stereoscopic 3D was made for. 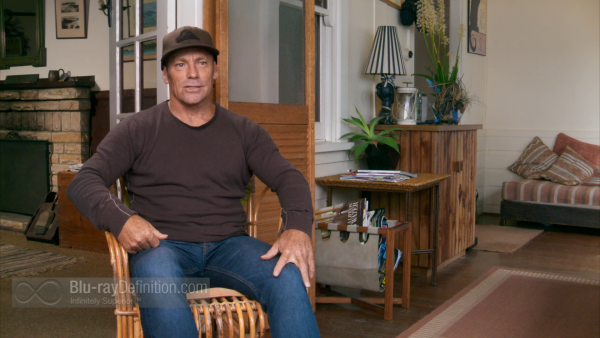 This is an incredible effort that, apart from the modest amount of added crosstalk that my current display adds to the image, provides an awesome 3D presentation of what is already a truly breathtaking use of the 3D technology for live-action filmmaking. This is 3D at its best, giant waves engulfing you, water in your face, and the vastness of the ocean laid out before you. For those non-3D folks out there, you get a detailed and lifelike 2D presentation, with rich colors, and little in the way of anomalies, although image quality does vary depending on the cameras in use and with some of the archival footage that is inserted in the film, whether you watch in 2D or 3D. There is also noticeable video noise in many places. 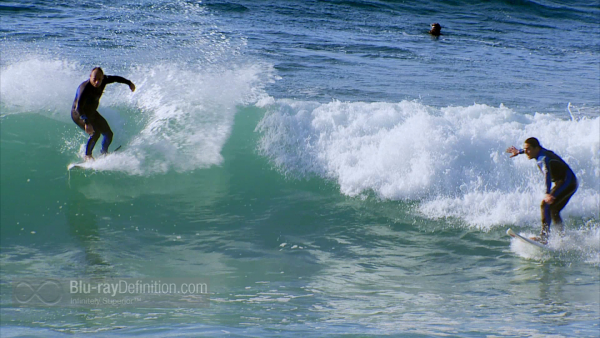 The sound, provided in an English DTS-HD Master Audio 5.1 (48kHz/16-bit) track, the sole audio option, is top notch as well here. Big waves bring big low frequencies, the surrounds are thoroughly engaged and we get everything from crashing waves to the roaring engines of jet skis or race cars zipping by us and helicopters flying over our heads. Dialogue is pristine and stays over the fray of sounds, while the often rhythmic musical score is mixed all through the channels. 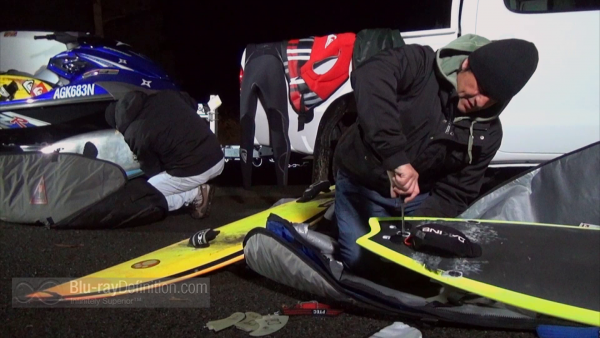 The HD supplements are brief, but they do offer just a little bit more insight into the men that are profiled in this documentary. 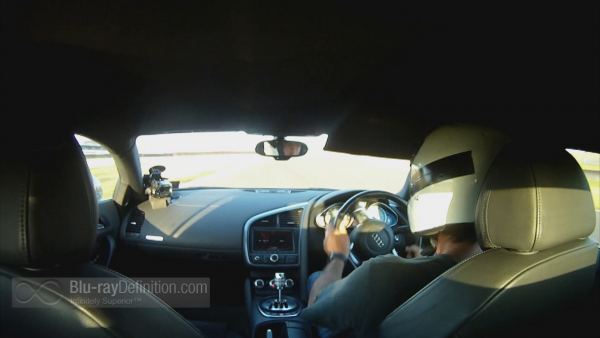 For surfing fans and fans of documentaries on the sport, this one is a winner, whether you opt to watch in 2D or 3D. The mesmerizing imagery and magnetic charisma of best friends Tom Carroll and Ross Clarke-Jones make Storm Surfers an exhilarating delight. 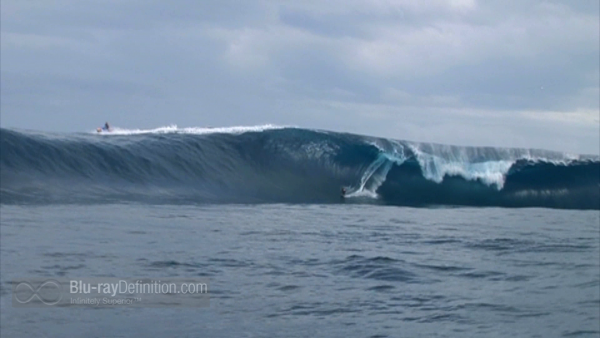 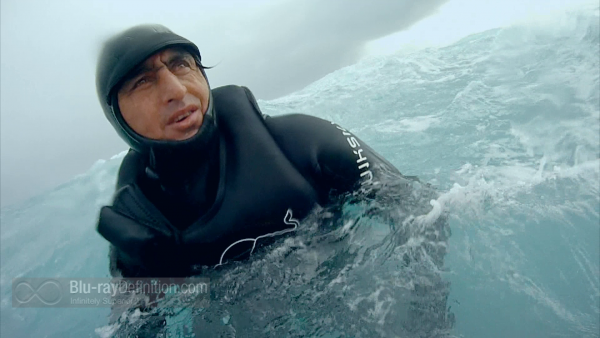 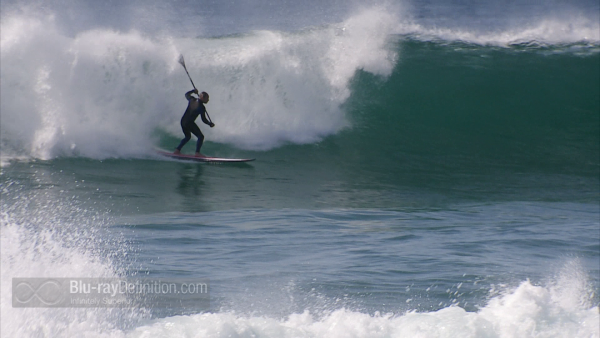 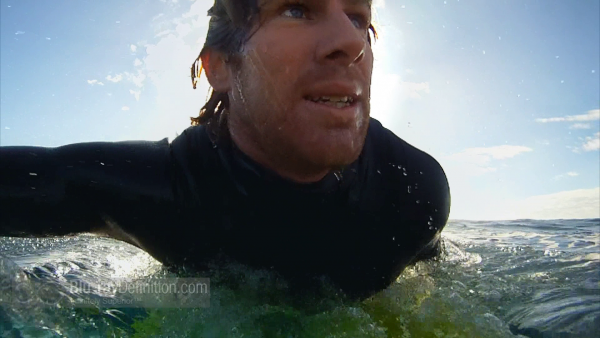 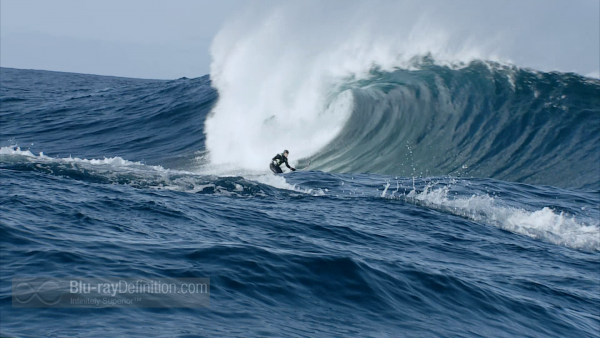 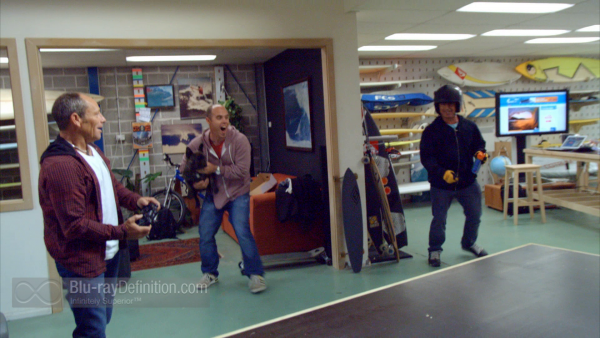 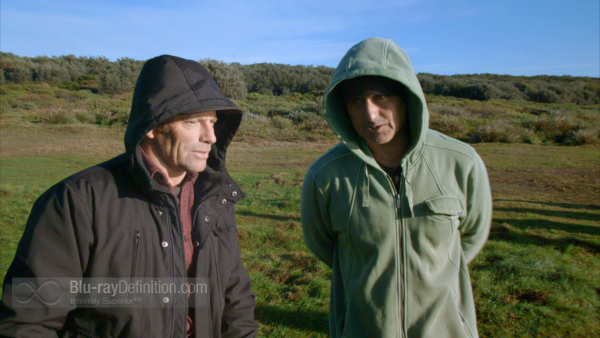 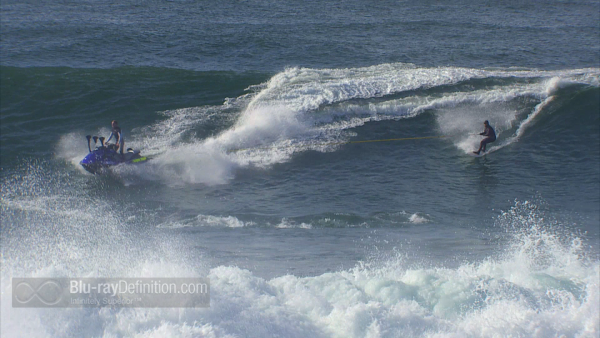 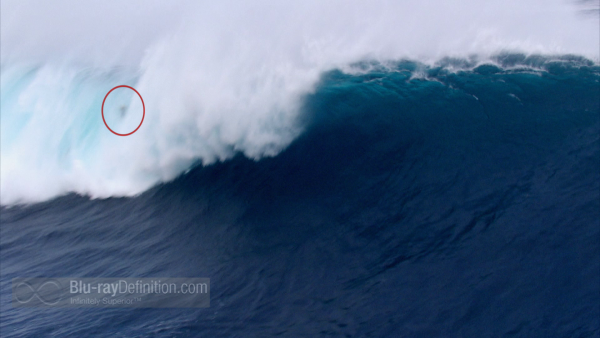 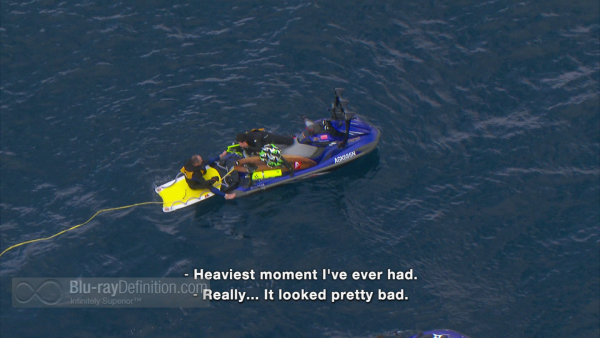