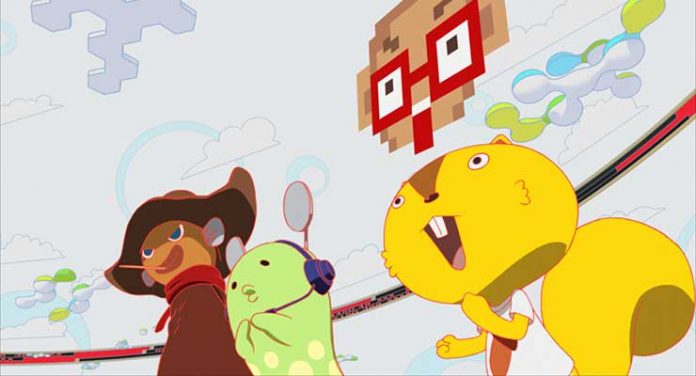 Seven years after its initial release, Funimation Entertainment has reissued this dazzling sci-fi feature from Mamoru Hosoda as part of their ongoing The Hosoda Collection. The film is set in a near future world where a powerful social network called “OZ” — more powerful than any social network imaginable – is at the center of everyone’s lives and two teenagers in an a budding romance must enter into its powerful virtual reality to help save the world.

The story follows the teenagers Kenji Koiso and Natsuki Shinohara through their unexpected adventures in Natsuki’s hometown in Nagano. After volunteering to work for his high school crush Natsuki over the summer, Kenji learns that his job is to pretend to be her fiancé at the family’s large get together in honor of the matriarch’s 90th birthday.

All is seemingly going well, until Kenji, a mathematical genius, solves a mysterious equation sent to his cellphone that has apparently crippled OZ – an all powerful network and virtual world that everything electronic is run through, including the phone system, power grid, and military satellites. Soon, Kenji and Natsuki’s family find that they must work together to defeat a malevolent AI (Artificial Intelligence) that is running loose in OZ and stealing crucial user accounts. Will they all be able to put aside their differences to save the world from imminent destruction?

Summer Wars switches between the real world of Nagano and the virtual world of OZ, where some serious video game-type martial arts battles take place. In the real world, it is a heartwarming family drama and love story that can be easily identified with by just about anyone.

Director Hosoda Mamoru (The Girl Who Leapt Through Time) created a fantastic and original piece of anime with Summer Wars. The film easily mixes genres, combining sci-fi, fantasy, and at its heart, a family drama. Added to the effortless genre hopping is magnificently rendered animation with beautiful, detailed backgrounds and enticing colors.

Coming off of the charming The Girl Who Leapt Through Time three years earlier, which has more obvious roots in the works of Studio Ghibli and Miyazaki Hayao, Summer Wars was a leap forward, no pun intended, for Hosoda, both aesthetically and in its subject. The story, while it maintains some of those relationship elements, leans even further into the world of the otaku and more of a male-oriented genre, that Hosoda would explore even further with the less tech-driven, but still fantastical The Boy and the Beast. 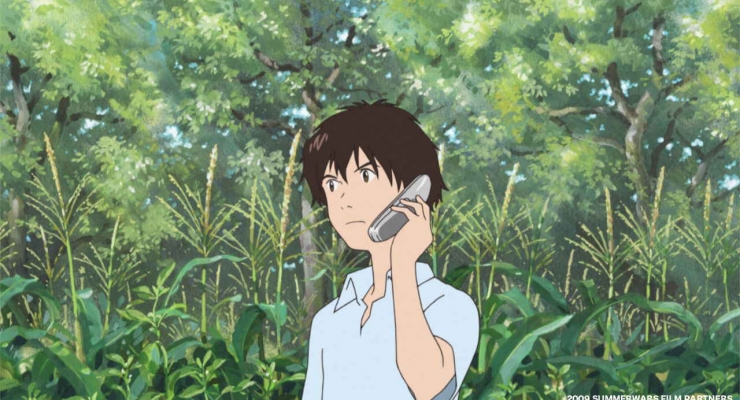 I still find Summer Wars to be a bit of a mixed bag on Blu-ray Disc, although it is pleasing overall. The world of OZ is as colorful as a bag of Skittles and the “real world” looks a bit more reserved, with earth tones and pastels. That said, there is a softness to the AVC 1080p encodement that keeps it all from looking as crisp as can be and there is some banding in the fills as well.

The audio tracks, both original Japanese and English dubs, are provided in Dolby TrueHD 5.1. They still prove to be some of the better sounding lossless tracks provided on Blu-ray by Funimation with aggressive mixing of discrete effects through the surround channels and good, but not great, extension of the low end. The Japanese and English voice casts both do a comparatively good job here, although my preference always leans to the Japanese.

This new edition from Funimation packs a good bit of extras, although the on-disc extras are all standard definition port overs. See below.

Summer Wars is a stunning piece of animation that merges a family drama with video game action and social networking anxieties. The film holds up on every count seven years on and is still incredible to watch.