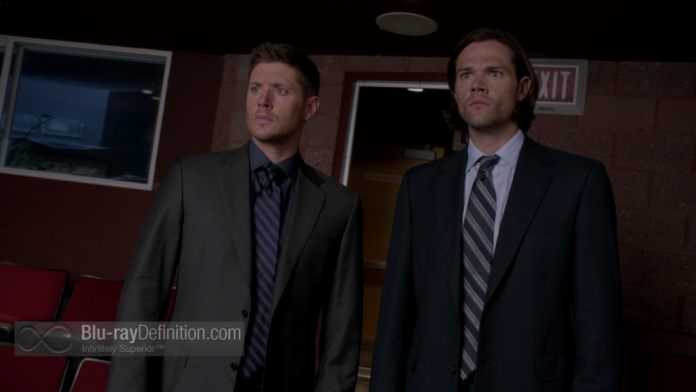 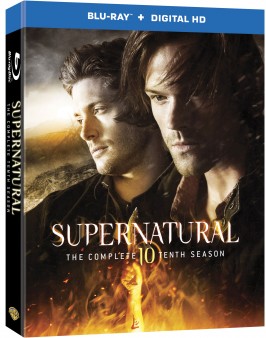 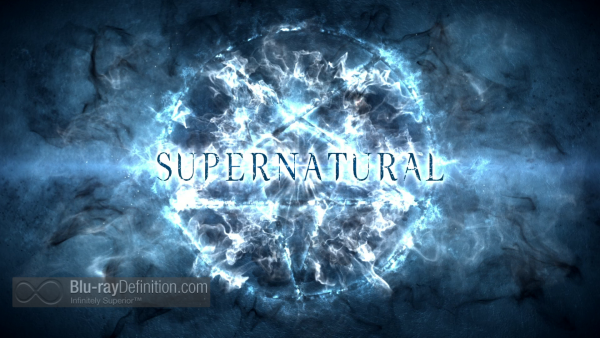 Supernatural is now on the verge of its eleventh season and it remains one of the most popular series on The CW. This paranormal action series seems to last longer than some of the undead creatures that its protagonists Sam and Dean often battle on screen.

In season 9, Dean was killed in a battle with power-hunger angel and scribe of God Metatron and had to be resurrected with The First Blade and imprinted with the Mark of Cain. Season 10 finds Dean dealing with the consequences of that, slowly but surely giving in to the power of evil and becoming a demon, all because of the Mark. Meanwhile, Sam flirts with his darker side while on a path to find a cure to remove the Mark from Dean. And in the aftermath of the battle with Metatron, Castiel, the brothers’ angel friend, is left without his grace, and also trying to rebuild heaven.

The season, one of the darkest in the series’ long run, is also not without its usual forays into lighter side of self depreciation, such as the musical episode “Fan Fiction” that finds the brothers at an all girls’ school where they are putting on a production of Supernatural, roughly based on the first five seasons of the series, but, of course, with some wild twists in the plot.

It is these sorts of one-off episodes that one assumes have helped to keep Supernatural on the air so long and still feeling somewhat fresh. Well, that and the fact that they have a cozy spot on a second tier network where they manage to get just enough eyeballs on the screens every week to keep the network re-upping the series. Season 10 isn’t exactly groundbreaking if you’re familiar with the series by now or any other series on television in this horror genre that has sprung up in the intervening years, but it is more than good enough to appease loyal fans. 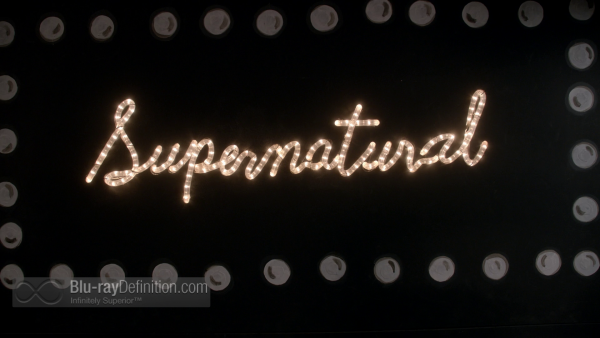 Supernatural has been shot in high definition since its fourth season, the last few seasons utilizing Arri Alexa cameras. Season 10 arrives on Blu-ray in a beautiful 1080p AVC encodement on Blu-ray that is up to the usual standards of both the series and Warner Bros. Home Entertainment’s home video releases for their television series. The show looks clean and crisp with lots of detail and a strong depth of field. Given the wont for this series to shoot dark, shadowy scenes, there’s very good, nuanced shadow detail as well with very little noise or crush. 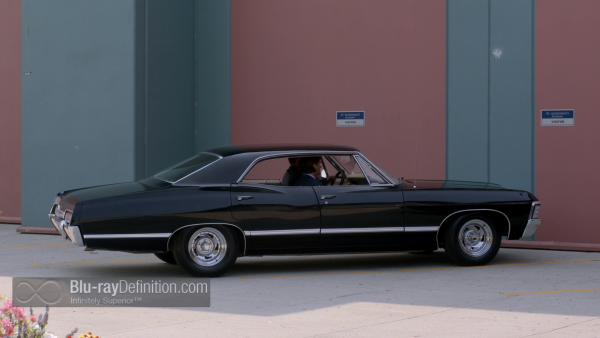 Supernatural is given an English DTS-HD Master Audio 5.1 (48kHz/16-bit) soundtrack on this Blu-ray from Warner. While it isn’t the most balanced of mixes and not exactly comparable to some of the best theatrical mixes, for obvious reasons, it certainly works for the kind of material that is presented. We get lots of ambience in the surround channels and audible atmospheric effects, gunshots, punches and other loud blows ring out naturally throughout the soundscape, the musical score is balanced nicely throughout the channels, and dialogue never drops below any intelligible level. 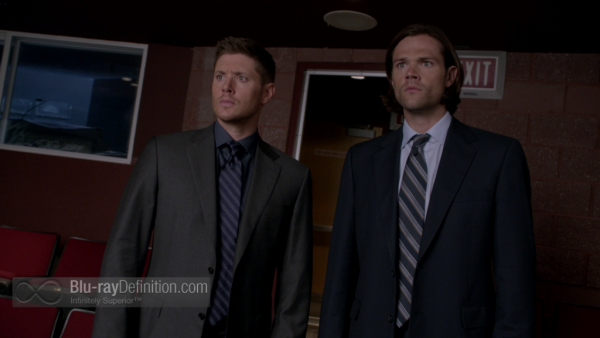 We get a set packed with some good extras for the fans, including three audio commentaries, deleted scenes, and five featurettes, the best of which will be the Comic-Con panel with the cast and crew. 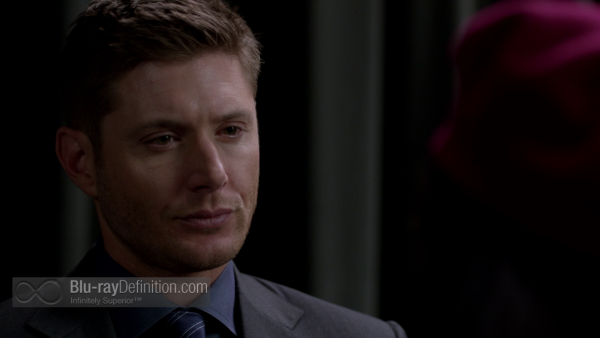 Consistency is the word for season 10 with Supernatural. The production and writing remain of a high quality and the acting is of a second nature to the stars by now. It looks and sounds excellent on Blu-ray. 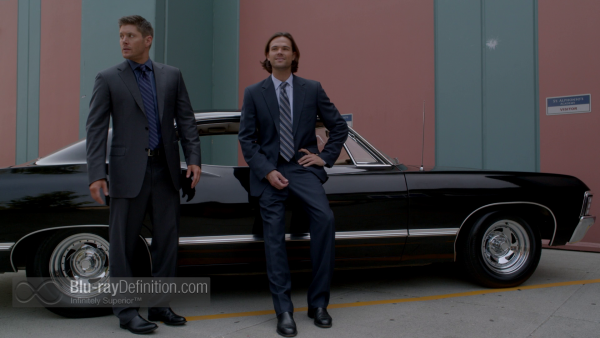 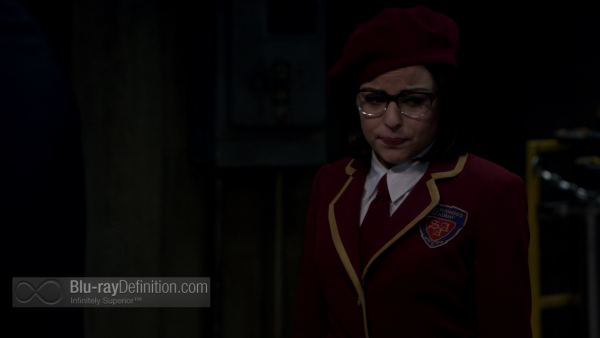 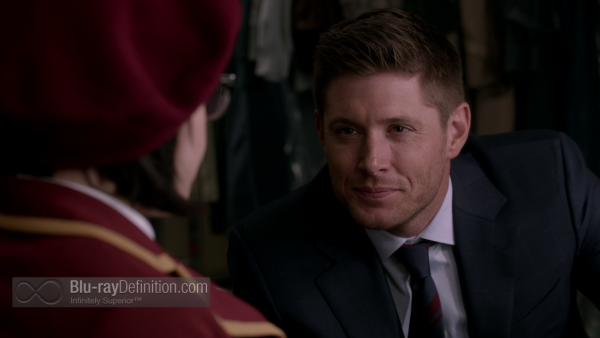 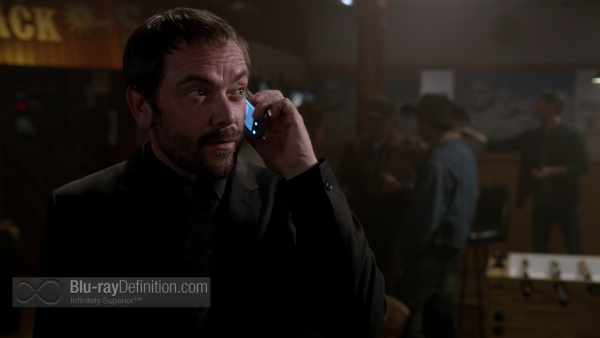 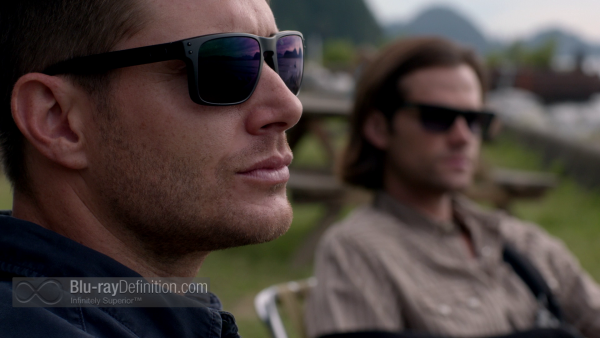 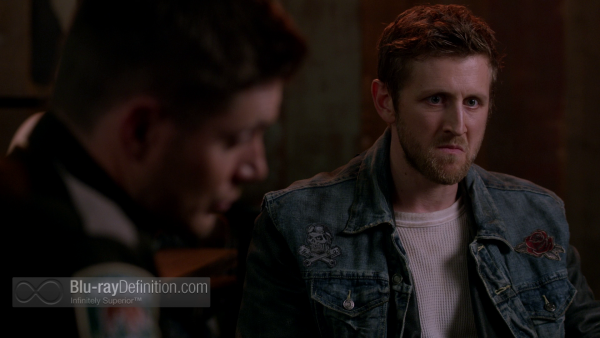 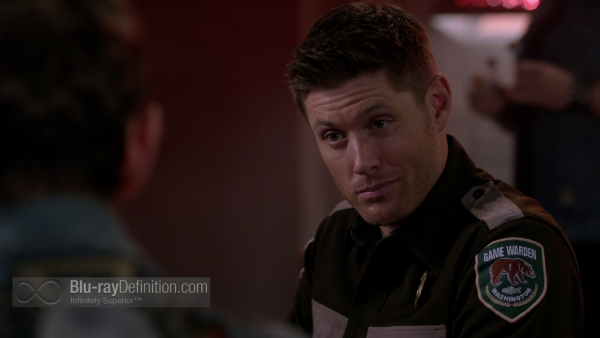 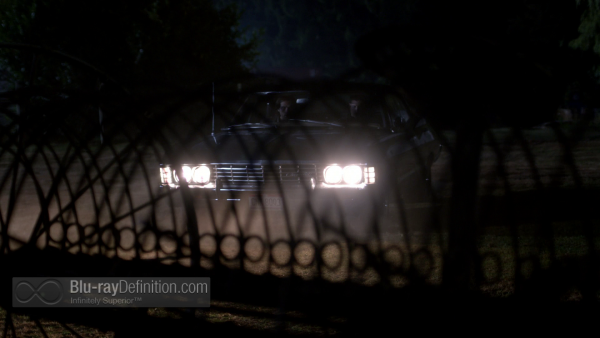 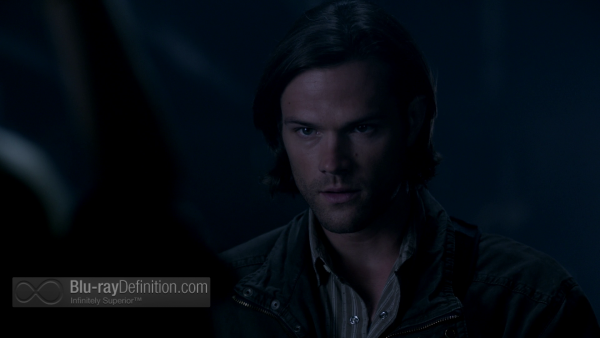 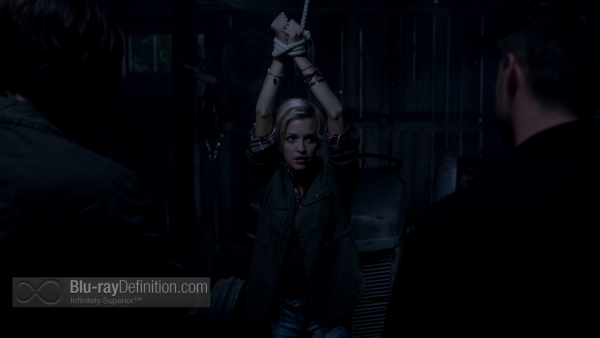 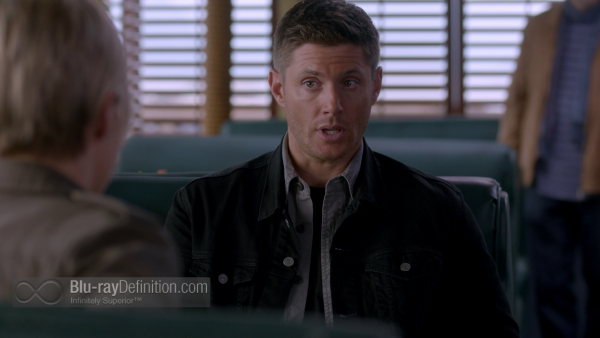 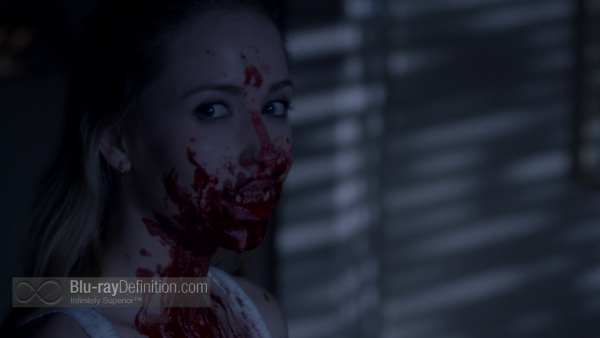 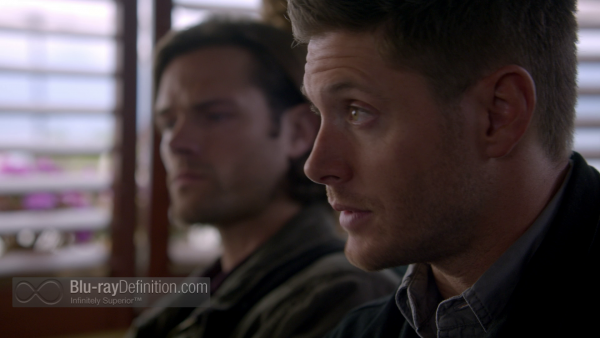 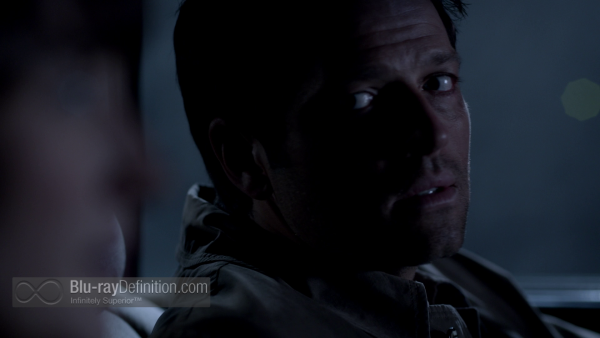 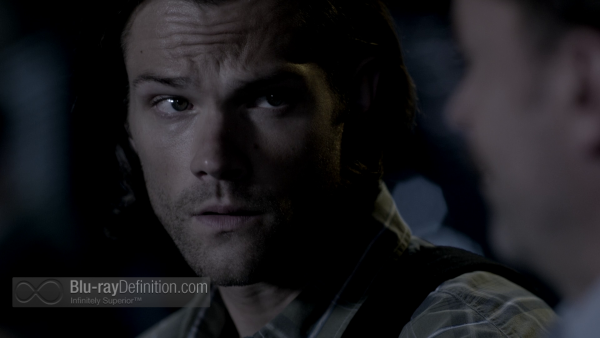 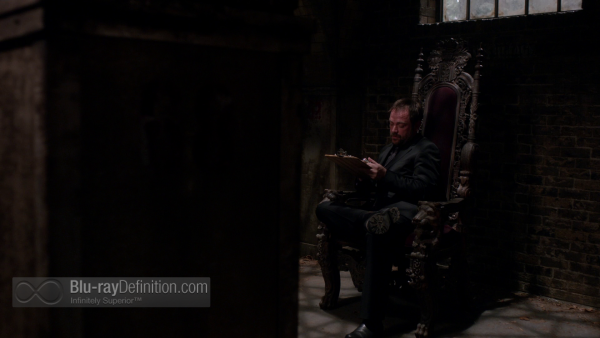 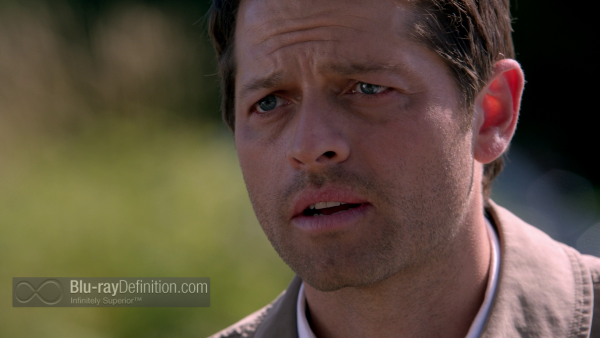 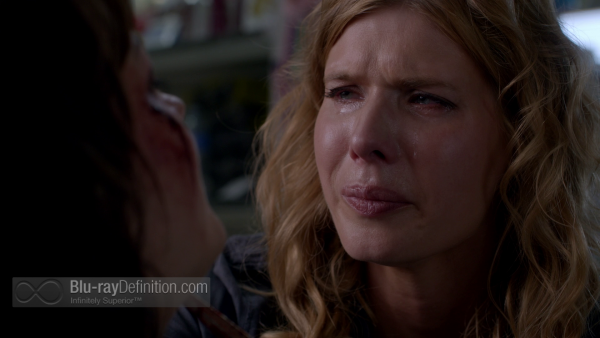 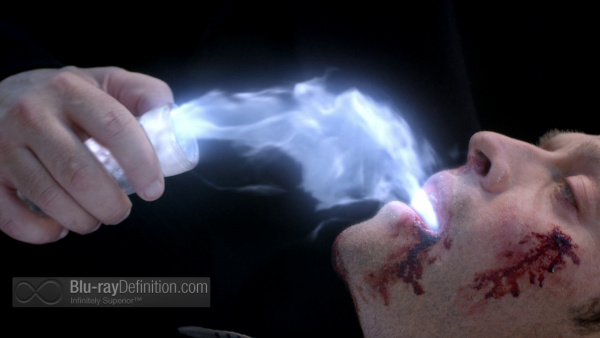