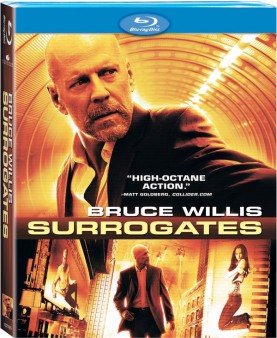 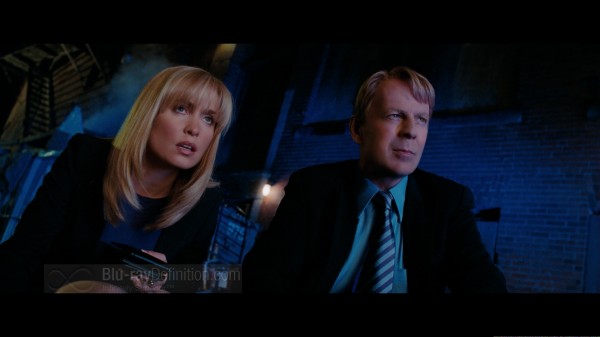 In our world of increasing interconnectivity and virtual presence through an increasingly numerous amount of networked devices, the philosophical questions put forth in director Jonathan Mostow’s (Terminator 3: Rise of the Machines) Surrogates do not seem all that far fetched. Based on a graphic novel by Robert Venditti and Brett Weldele, Surrogates sets the scene in the not-too-distant-future. Robotics have advanced far enough that the majority of people have opted to stay at home and send virtual robotic versions of themselves out into the world. These surrogates or “surries,” have an advantage, they are sleek, sexy, younger-looking, impervious to injuries and health problems. Society has been transformed through the use of these avatars by a virtual elimination of violent crimes and freedom from the concerns of mortality. It’s a modern utopia — or is it?

There are of course those in society opposed to this brave new world. Those humans who have their own philosophical opposition to people giving up their humanity to machines have set up sanctuaries where the surries are banned. They are led by a spiritual leader known as The Prophet (Ving Rhames) who stands in opposition to all those who use the surrogates.

Bruce Willis plays Tom Greer, a surrogate police officer who must step in to investigate the murders of surrogates by a suspected “meatbag,” the name given to those who refuse to use surrogates and Radha Mitchell plays his partner. When it is discovered that the seemingly impossible is happening — human controllers are being killed through their surrogates — things begin to become a bit more involved. Greer ends up hunting down a lead that causes him to lose his surrie and casts him out into the real world for the first time in, well, many years one assumes.

Somewhere in Surrogates there is a thought provoking Philip K. Dick story waiting to break out, but it ultimately only delivers a modestly acceptable science fiction story that pulls from the best of the genre. It borrows heavily from just about every science fiction film and novel you’ve ever come across, from Blade Runner to I, Robot, so there’s no award for originality here. But its breezy 89-minutes make it an acceptable sci-fi thriller, if unfulfilling in the end. 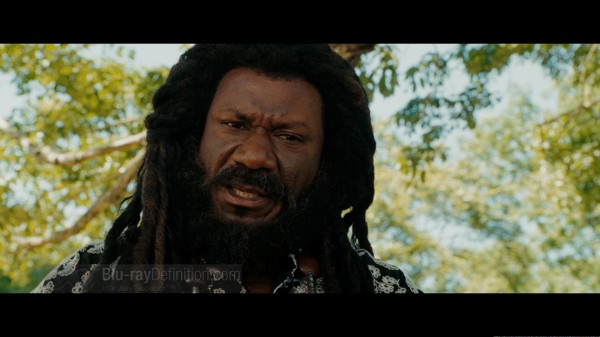 Although it is ultimately clean and detailed, the 2.40:1 AVC/MPEG-4 1080p transfer of Surrogates from Touchstone is not without its flaws. One can’t necessarily pin the problems down on the encoding itself, as the film is a highly stylized one with a hyper-saturated color palette that doesn’t lend itself to realism. The biggest flaw I found in the transfer however, is black crush. Whether this is intentional or not, it does take away from much of the detail in the film’s darker areas. Of course, flesh tones and texture in skin and clothing are not natural either through much of the film, but that is a consequence of artistic intention.  Otherwise, there are no compression artifacts and processing issues to speak of, video noise, macroblocking, etc. are not issues, rendering Surrogates, a pretty solid release. 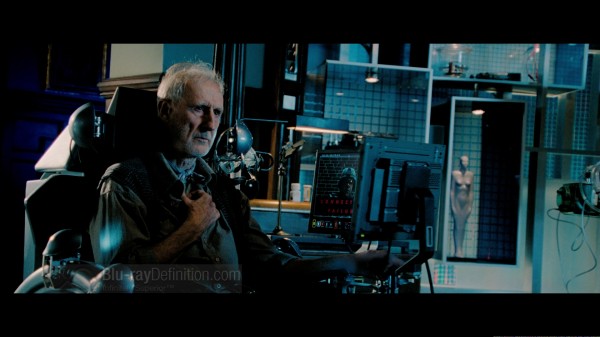 Surrogate’s English DTS-HD Master Audio 5.1 (48kHz/24-bit) soundtrack is bombastic, dynamic, and aggressive in its use of the surround channels. The low frequencies are resounding, so this mix will give your sub a decent workout and perhaps annoy your neighbors if you play it loud enough.  Dialogue is clean and never lost in the mayhem during the more aggressive scenes and good use is made of the front channels as well with some directional panning across the front soundstage. 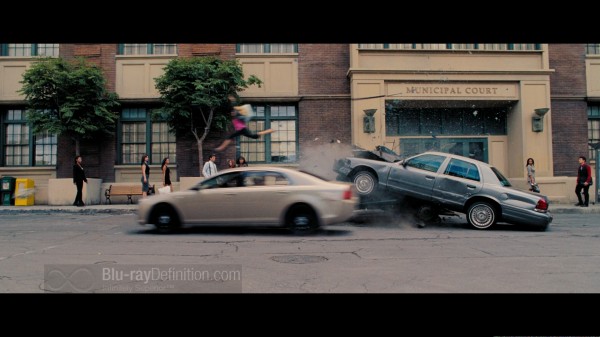 Supplements are very weak on Surrogates, but they are all thankfully provided in high definition, which should always be a given for new releases, but sadly is not. 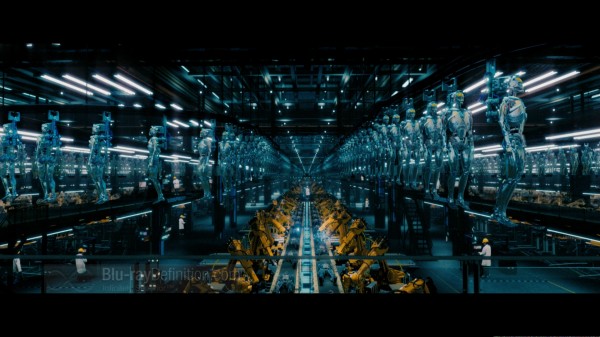 Surrogates has aspirations to greater fare, but in the end it is simply an average sci-fi thriller that raises some interesting questions then leaves most of them unanswered in favor of some slick action sequences. Save this one for a weekend rental.