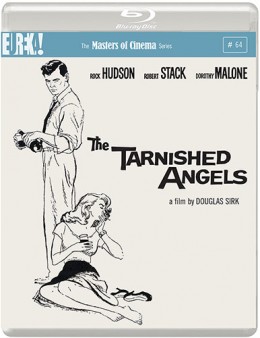 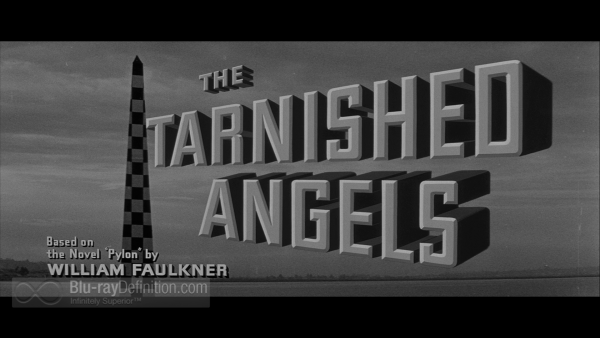 Director Douglas Sirk’s melodrama The Tarnished Angels, based on the William Faulkner work Pylon, is a work that lingers on the edge of heartbreak, deals with love, lust, and people caught up in the inevitable tragedy of their circumstances.

At the center of this affair is the alcoholic New Orleans Picayune journalist Burke Devlin (Rock Hudson; Seconds) who comes across washed up World War I pilot now working as a cross-country barnstormer in the early 30s, Roger Shumann (Robert Stack), with his faithful mechanic Jiggs (Jack Carson) and immensely desirable wife LaVerne (Dorothy Malone). Fascinated with Shumann’s story and his lifestyle, Devlin becomes ever closer to Shumann and his crew, but in doing so, he also finds himself growing more attracted to LaVerne, who becomes the center of a circle of unrequited love and unspeakable desires, between herself, Devlin, Jiggs, and Shumann. No one in these relationships is really getting what they want or need, but they are all trapped in a rut of desire, hope, and desperation that will lead to disaster.

Dripping with sexuality and a true-to-life realism that was risqué for the time, The Tarnished Angels lives and dies mainly on the strengths of the seductive performance by Dorothy Malone and the noir-ish production of Douglas Sirk, who is able to overcome the screenplay’s more melodramatic turns and pontificating moments toward the end by Rock Hudson’s Burke Devlin.

Although the film may not be perfect, it provides a more than interesting and passionate experience form start to finish that entices viewers in with a palpable sense of tension and desire.s 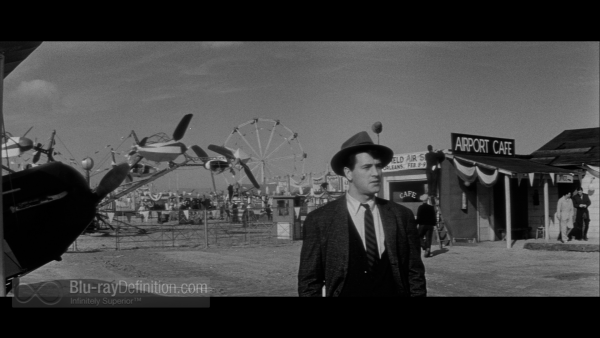 We get here a fine presentation on Blu-ray encoded in AVC/MPEG-4 1080p with a clean image, strong contrast and a thin layer of grain. Detail is strong, blacks are are deep, whites are bright, and the textures are crisp. 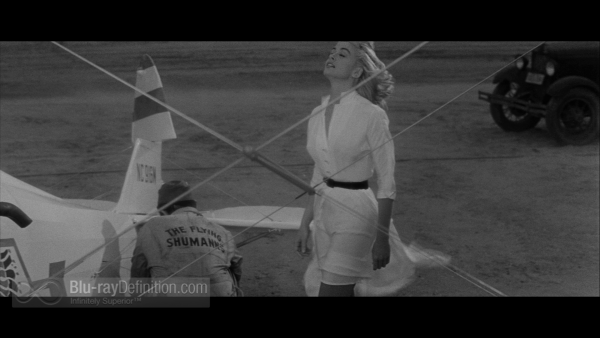 The monaural soundtrack has been provided in an English LPCM 1.0 (48kHz/24-bit) track. It’s been cleaned up well, has little crackle and offers intelligible dialogue and a reasonable sense of natural sound effects. 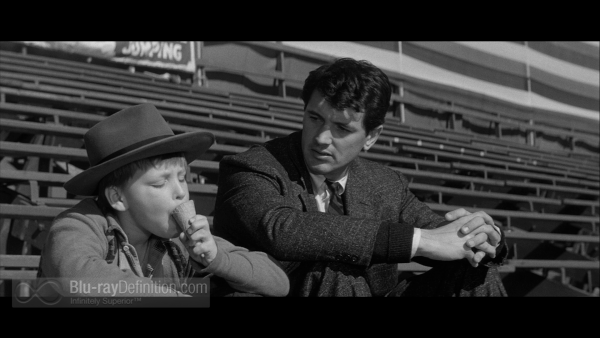 This is a feature-rich set from the Masters of Cinema series that offers plenty of informative supplements and a must-read booklet. 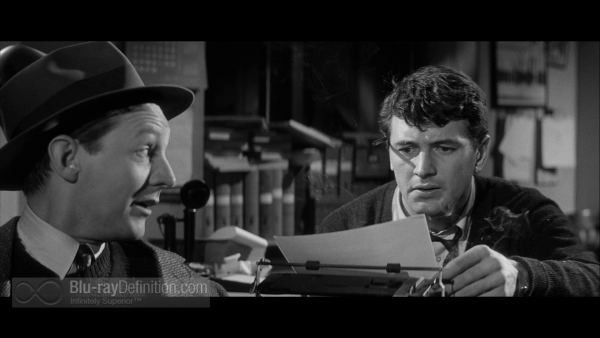 With its beautiful visual style, a true sense of desire, lust, and unrequited love, The Tarnished Angels is an enjoyable classic that is bolstered by the sexuality of Dorothy Mallone and the clever visual style of director Douglas Sirk. It looks marvelously rich and filmic in this Masters of Cinema Blu-ray edition from Eureka. 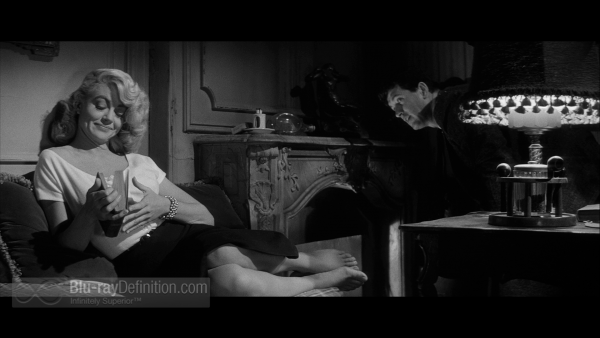 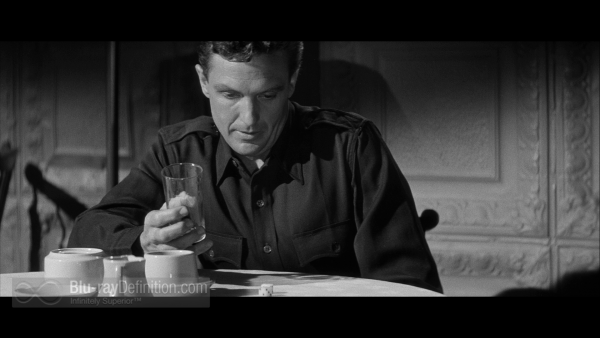 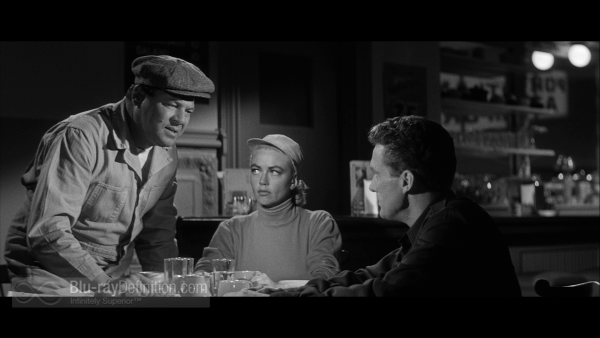 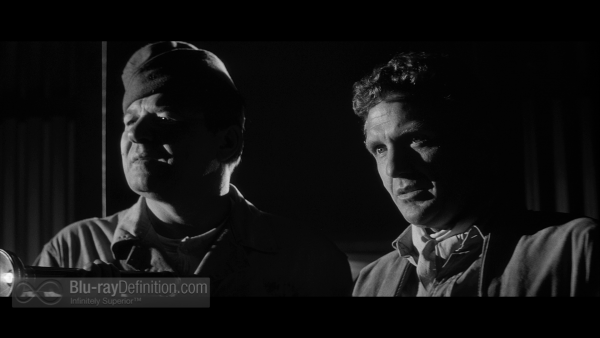 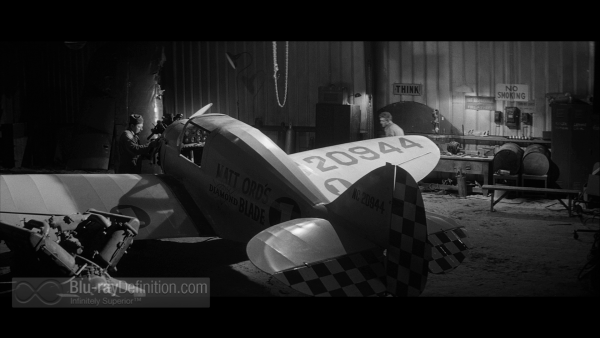 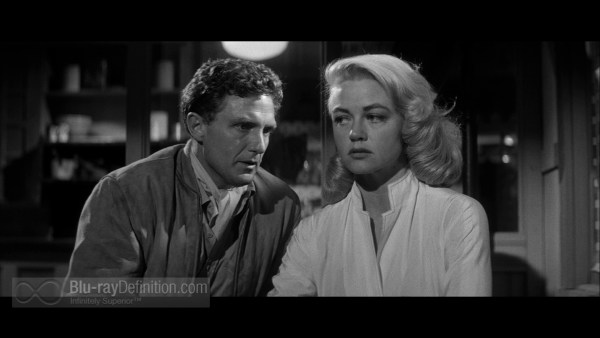 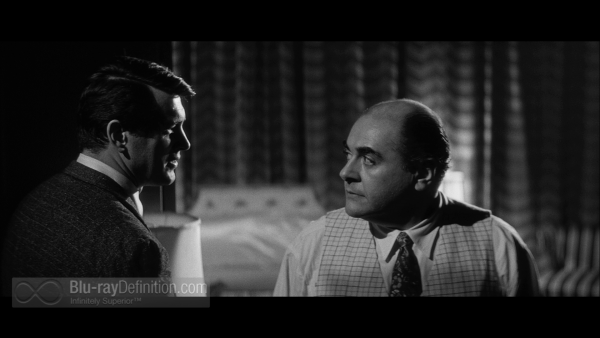 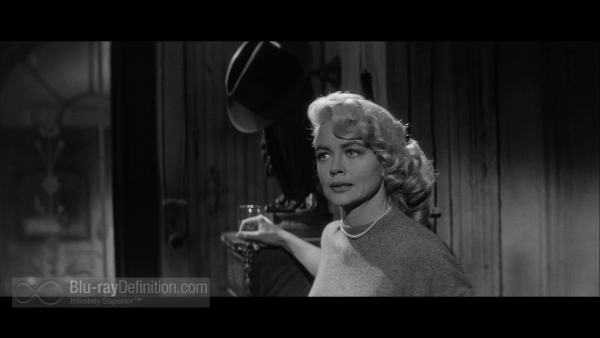 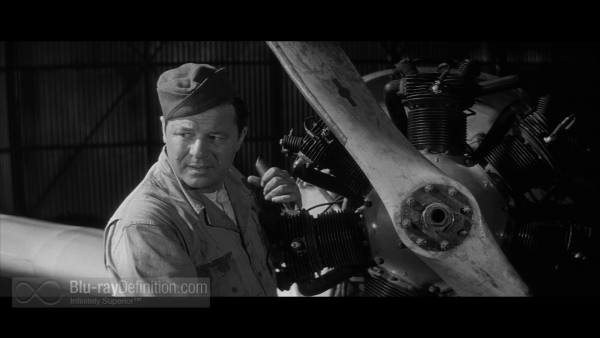 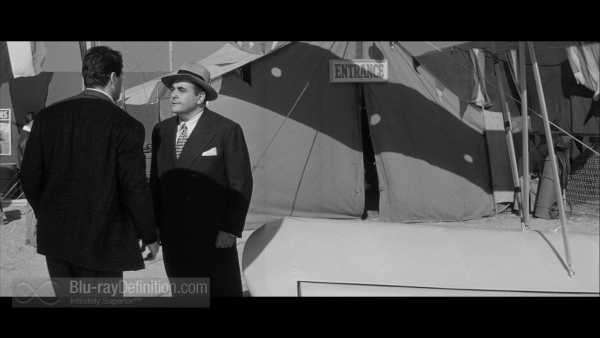 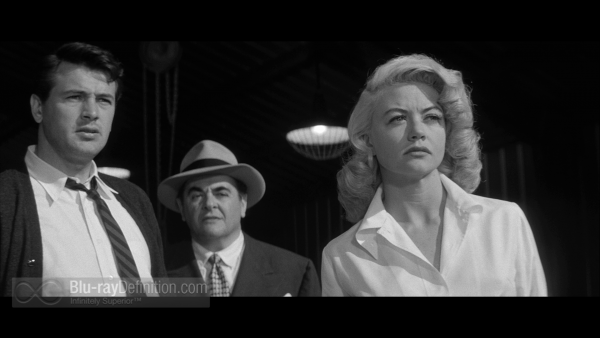 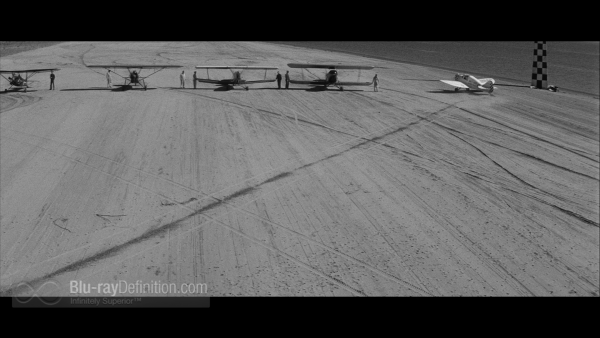 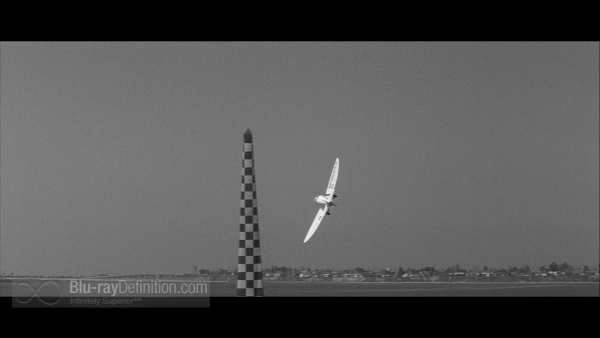