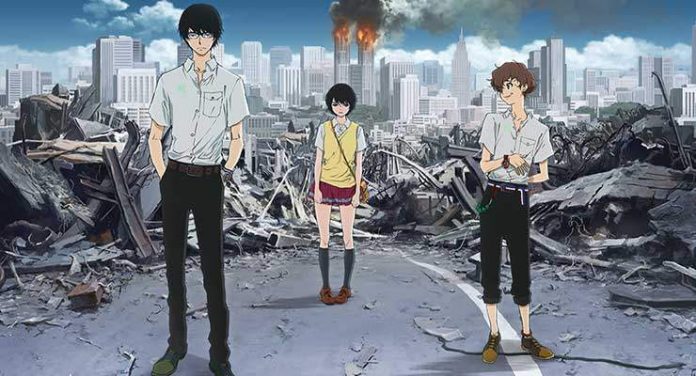 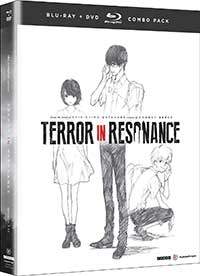 Set in an alternate version of present day Tokyo, the series starts off literally with a bang as two mysterious guys calling themselves Sphinx set off a bomb in a building and begin to terrorize the city with their threats of terrorist attacks and ominous internet videos sending riddles to the metro police. The two teenagers, Nine and Twelve, have a secret plot to unleash devastation on the city, maybe the world and planned on going it alone, but their initial bombing brought a teenage girl into their fold, the loner Mishima Lisa, whose problematic domestic life and bullying at school sends her right into the world of Nine and Twelve. She see’s them as her saviors from her oppressive world and they, especially Twelve, enjoys her companionship – she is someone from outside of the special world in which Nine and Twelve well. It is revealed that Nine and Twelve are savants, but not natural ones. They are products of an experiment gone awry and their terrorist plot may be some way to get revenge for what they had to suffer as children. Eventually however, they find themselves in a cat and mouse game with law enforcement – the FBI in particular – and a girl from their past try to hunt them down alongside grizzled Japanese detective Shibazaki Kenjirō, who seems to be the only one in the Tokyo Metropolitan Police Department smart enough (or wise enough) to decipher the Sphinx riddles.

There is an overriding sense of angst and tension in Terror in Resonance that plays very well across all of its episodes. In fact, the combined forces of the director, character designer and composer come together to create a 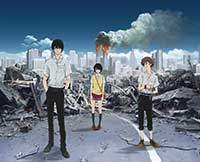 psychological thriller that is more cinematic in its scope that most series are, even taking the genre into consideration. There’s a sequence in which Twelve comes to Lisa’s rescue as she is being questioned by uniformed police officer at night. He whisks her away on the back of his motorcycle, and this ensuing, almost dreamlike animation with Kanno’s ambient score feels like it should be up on the big screen. And the voice cast are excellent as well, at least as far as the Japanese cast are concerned. We really get a sense of these characters.

At times the series can be just a bit of a downer, after all, this is a series about terrorists, and given the heightened global attention on terrorism and the so-called “war on terror” it is not surprising that Terror in Resonance has such a highbrow tone, but it doesn’t ever become unbearably dull or complex. There are plenty of lighter moments or simple thrills dotted throughout to relieve the tension.

Terror in Resonance has a beautiful 1080p AVC transfer from FUNimation. The picture is clean and sharp with crisp line art and good color. There’s no noise or aliasing and no issues with banding or motion artifacts. 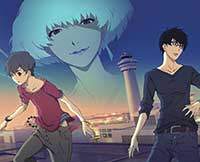 Terror in Resonance is one of the few FUNimation Blu-ray releases I have come across over the years where the audio track did not completely disappointment me from a sound quality perspective. The Japanese Dolby TrueHD 2.0 mix, which is really what you want to be listening to for the superior voice cast performances, has really good stereo imaging and pretty good dynamic range, a strange occurrence on a FUNimation disc. The English Dolby TrueHD 5.1 mix has subtle atmospherics through the surround channels and some discrete mixing of the musical effects that help to heighten the tension of the series. The dynamics are bit wider and dialogue clear. It’s one of the first releases I can remember in a long time from the distributor that I haven’t had to raise the volume by 6 to 8db above my normal listening levels to get a decent playback level.

Two commentaries and a just over 20 minute interview with members of the English voice cast are a good bit of extras. I’d love to have seen some interviews with the director and Japanese cast members, however.

Terror in Resonance is vastly different from Cowboy Bebop in look and tone, but no less inventive and addictive to watch. This is a thrilling and thought-provoking series that is cinematic in scope across its 11 episodes. If you like psychological thrillers like Ghost in the Shell: The New Movie or Psycho-Pass, then this anime series will most likely appeal to you.