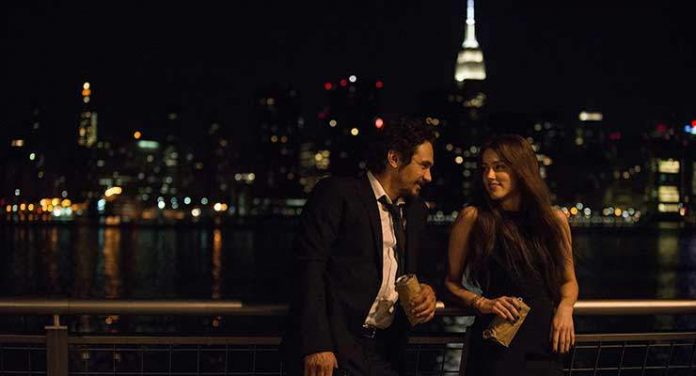 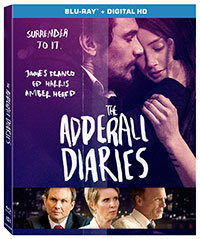 Based on the memoirs of the same name, The Adderall Diaries is a flashy indulgence in style over substance that is as shallow as a murky puddle in a new pothole after a rainstorm.

Writer/director Pamela Romanowsky adapts the Stephen Elliot work with star James Franco as Elliot and Amber Heard as his girlfriend. Don’t worry about her name, because her character, and every other character in this film, is pointless to the point of annoyance.

Elliot is riding the success of his memoir about his rough childhood facing abuses at the hands of his father (Ed Harris), but it all collapses when his supposedly dead father rises from the ashes like a phoenix and disputes all of Elliot’s claims. Elliot runs into the 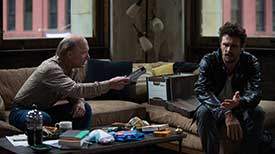 arms of his newfound girlfriend (Heard), who was also abused as a teenager. The two partake in drug-fueled rough sex until she has had enough of Elliot’s broken personality and leaves him. Meanwhile, Elliot is closely following the trial of a rich family man (Christian Slater) accused of murdering his wife. Why? Who the hell knows? This subplot, like everything else in The Adderall Diaries never ties in to anything having to do with Elliot’s life, except for the central plot about him and his father, which is so convoluted we don’t care anymore by the time it is revealed what is actually going on there.

The film looks stylish, but maybe too stylish for its own good. Romanowsky tries to dazzle us from the beginning with numerous flashbacks showing Elliot facing horrendous abuses, apparently, at the hands of his father, then  with hazy sex scenes between Franco and Heard, a monotonous musical score from composer Michael Andrews that’s supposed to tell us this film is poignant, and lots of really sad faces. I haven’t read Stephen Elliot’s memoirs, but I can’t believe that it is this bad. 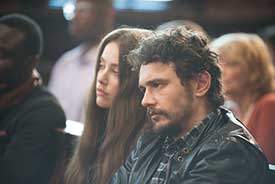 The Adderall Diaries was shot digitally on the RED EPIC Mysterium-X and brought to Blu-ray in a AVC 1080p encodement from Lionsgate. The bland color palette and often diffuse, soft focus of the film means that the overall image hardly looks fantastic. This is not reference quality material at all, it’s just “blah” to use a technical term. About as bland looking as the movie’s content itself is. There are also a few problems with banding noticeable, but no issues with edge enhancement or compression noise are detectable.

To complete the package of audio-visual averageness, The Adderall Diaries gets a wholly mundane English

DTS-HD Master Audio 5.1 soundtrack that can barely muster up the atmospherics and ambience that the incessantly droning score from composer Michael Andrews is trying to convey. At least the dialogue is clear. 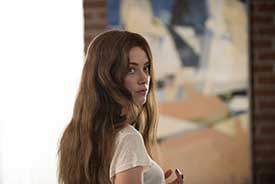 They don’t even bother to include a DVD with this one, just UltraViolet and an audio commentary from writer/director Pamela Romanowsky that can be skipped. In fact, skip all of it.

The Adderall Diaries has to be one of the worst attempts at “important” filmmaking I have seen this year. I usually try to see the positive in most films I review, but with this bland effort, I just can’t.