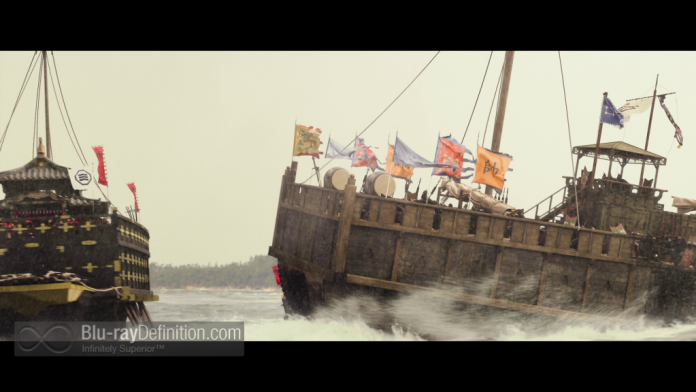 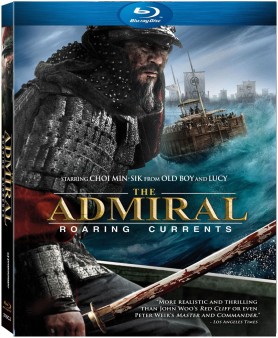 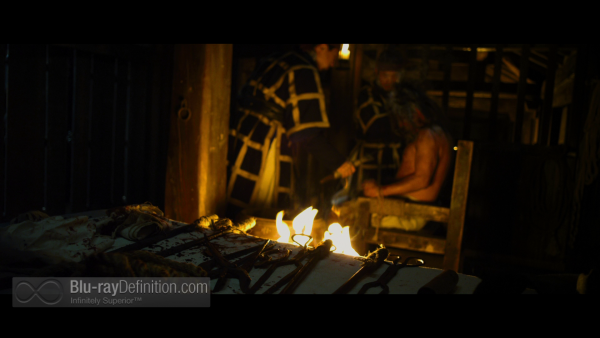 The Admiral tells the story of Joseon (what we now know as modern day Korea) Admiral Yi Sun-shin ( Choi Min-sik) during the 1597 second Japanese invasion of the Joseon empire. Yi must lead his decimated fleet of only twelve ships against an invading horde of over three hundred Japanese ships in the famous ‘Battle of Myeongnyang.’

The first hour of The Admiral concerns itself with the fear that sets in amongst Yi’s men, and Yi must, with an iron fist, keep his forces together, even as his own health is failing. The very fear amongst his own men and the Japanese, however (Yi had previously beaten them in a crucial battle), is what Yi harnesses and turns to his own advantage.

The second half of the film, over an hour, is an amazing battle at sea with spectacular CG effects that even Hollywood would envy. If you’re going to make an epic, this is the way you do it. Yi rallies his fleet by taking his own flagship and placing it in harm’s way, strategically behind a whirlpool that forms in the strait that the Japanese are hard-pressed to sail through.

Kim Han-min’s deft handling and stitching together of both the intensity and drama of the first hour of the film, and the thrilling action and visual effects of the second hour of the film make for a thoroughly enjoyable experience. While the aspects of strategy are not as fleshed out as in Red Cliff, the feeling of being a part of the action more than compensates, and Choi is a commanding presence on screen as well. One can really believe in him as a rallying force, channeling the fear of his men into courage to defend their homeland against a seemingly unstoppable force. Also worthy of note is Ryu Seung-ryong who plays Yi’s nemesis, the ‘Pirate Captain’ General Kurushima, whose ice cold glare and calculated manner of speech make him one of the most intimidating villains I’ve seen in a film yet this year. 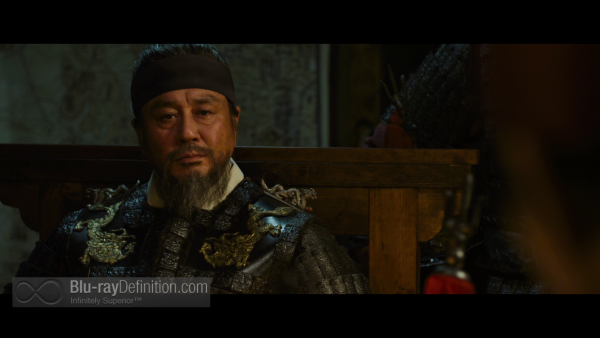 The Admiral was shot in high definition on the Red Epic and Red One cameras in 4.5K and 5K resolutions, meaning this would be a prime film to be released in any upcoming native 4K Blu-ray format. The AVC/MPEG-4 1080p encodement to Blu-ray looks every bit as good as one might expect given this production. The imagery here is crystal clear with amazing detail and contrast, deep black levels, but strong detail retention in shadows and no issues with black crush. 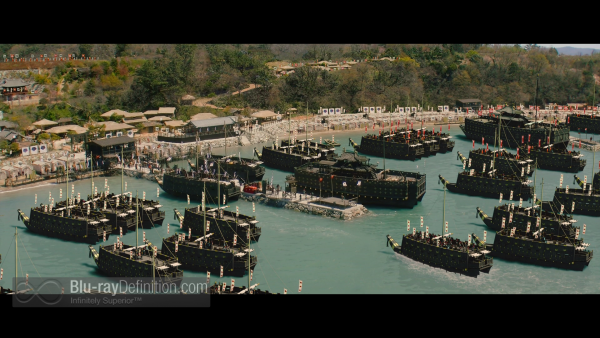 The audio mixes provided are Korean DTS-HD Master Audio 5.1 (48kHz/24-bit) and LPCM 2.0 stereo (48kHz/24-bit) as well as two English dubs in the same formats. The high end is slightly tweaked and fatiguing, which can be heard early on in the brass section of the score that opens the film. That said, the overall sound is good with clear dialogue that doesn’t get lost in all of the action. The beefy low end helps balance out the boosted highs, and during the second half of the film, the thunderous sounds of waves, whirlpools, cannons and gunfire are exciting and engulfing. The surrounds could be a little more discrete, but the amount of atmosphere they generate is effective. 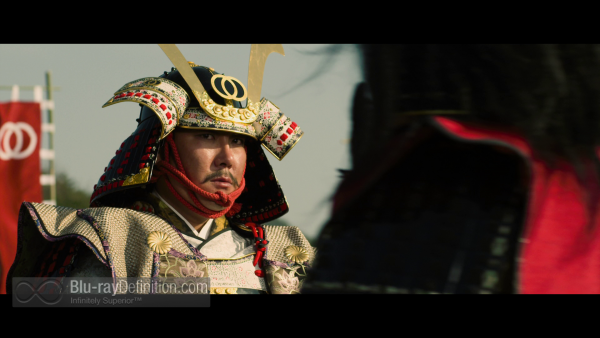 There’s not much on offer here. A brief Making Of basically runs through some B-footage. The meat of the extras are the Highlights, also filled with behind-the-scenes footage. 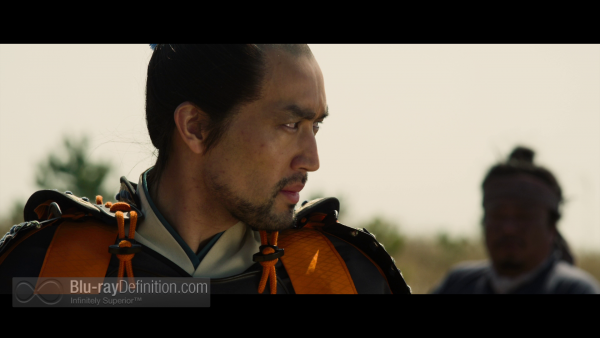 An incredibly thrilling historical epic, The Admiral: Roaring Currents is right up there with the best of the films in this genre, and its over two-hour runtime will fly by in no time. 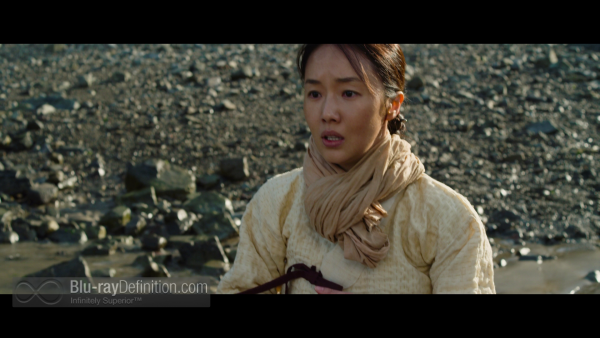 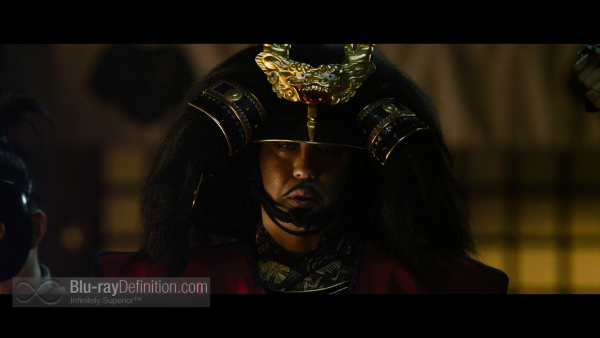 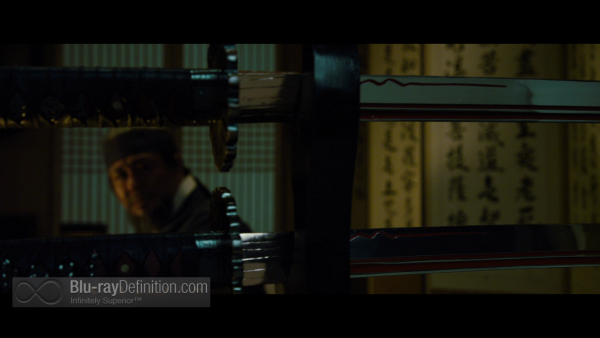 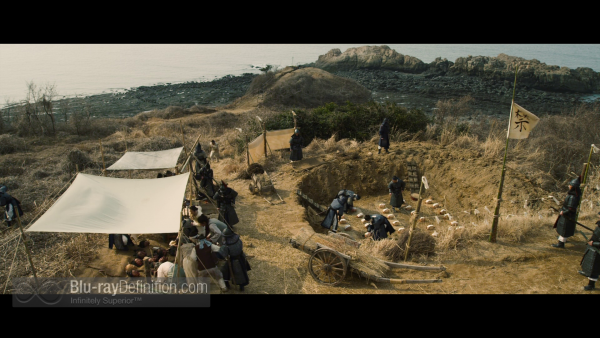 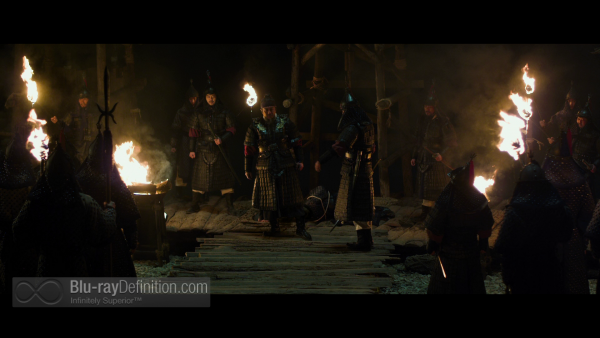 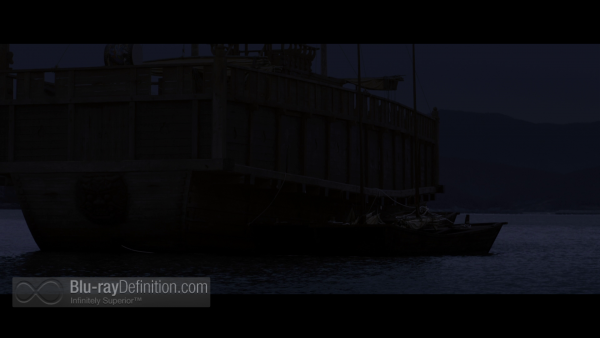 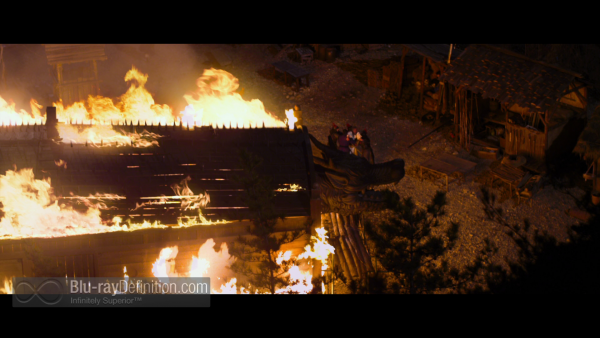 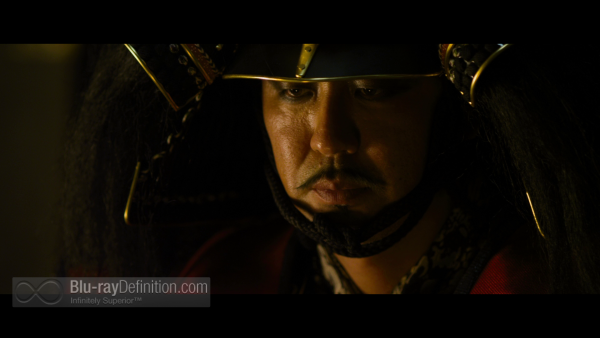 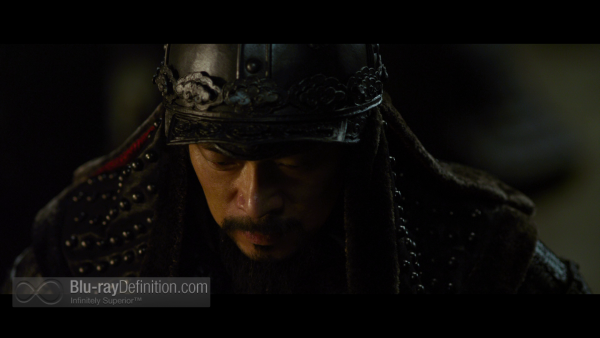 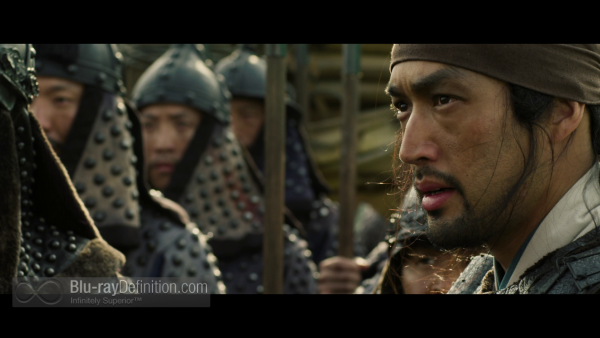 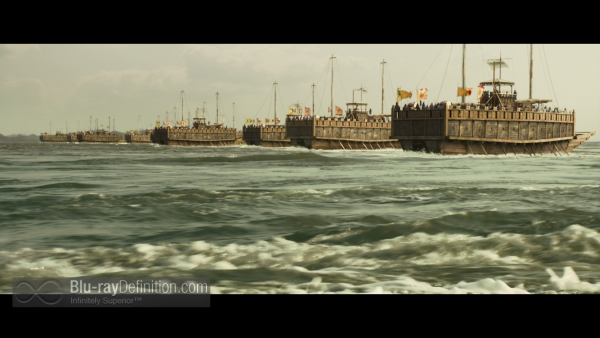 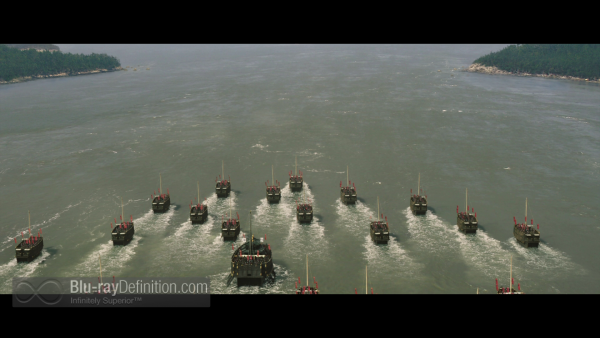 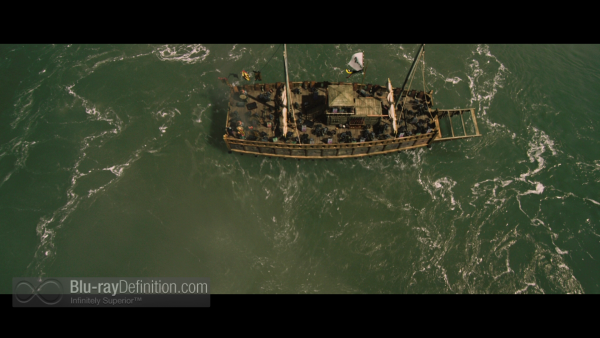 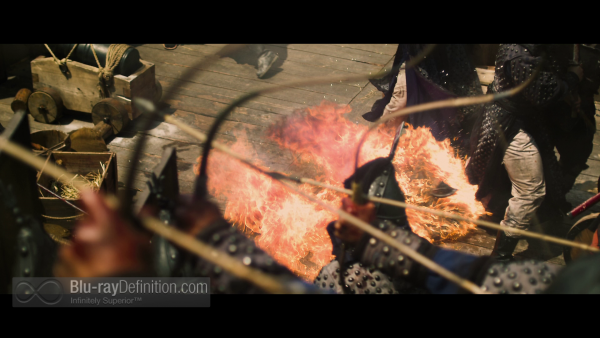 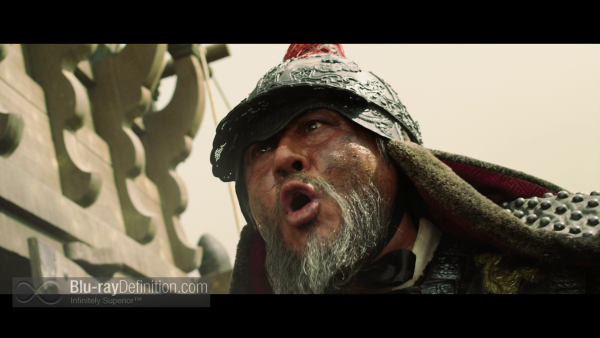 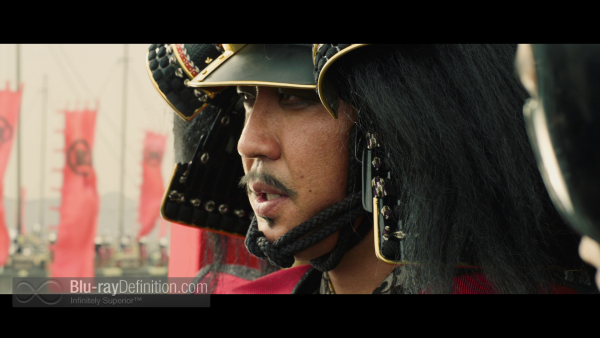 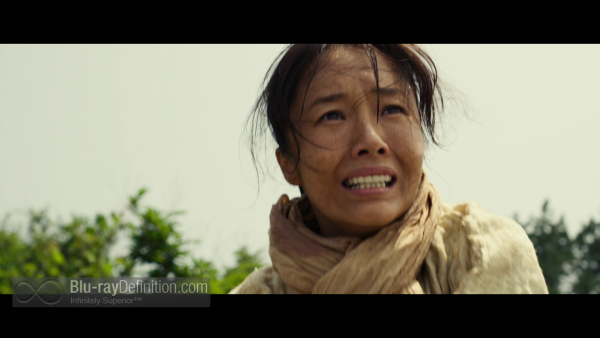 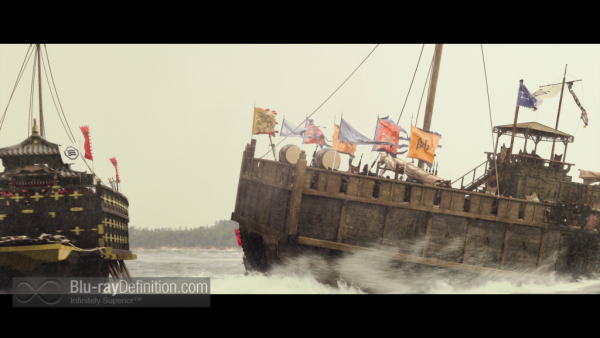 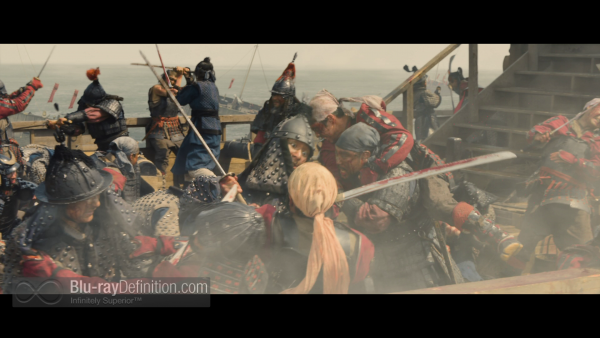 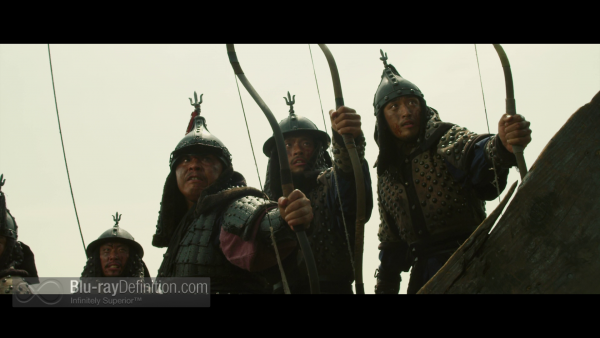