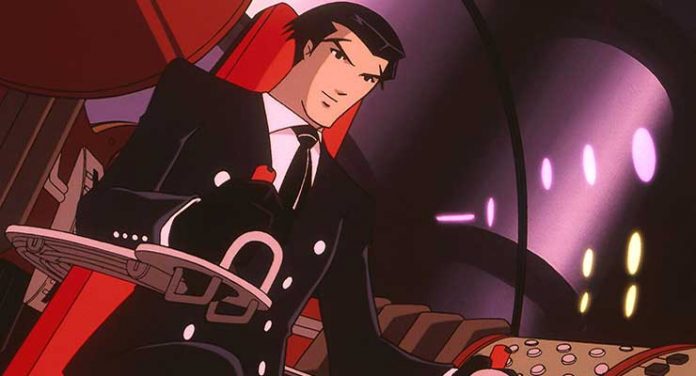 This anime series started life as a way to promote toy robots and turned into so much more. The Big O is set in a stylish, art deco world called Paradigm City that is reminiscent of Gotham City or Fritz Lang’s Metropolis some forty-years after a strange event has wiped out people’s memories of the previous history. A hardboiled detective turned negotiator, Roger Smith, does paid tasks for a succession of dubious characters in Paradigm City along with his attractive female android partner R. Dorothy Wayneright. Within the city, the rich live in zones underneath domes while the poorer underclass are relegated to tenements outside the domes. In order to help fight a number of criminals and nefarious characters, Roger Smith employs a giant robot that he calls Big O, a “Megadeus” from the forgotten technology of the past which he transports using abandoned subway rails beneath Paradigm City.

Season One of the series is cool, sleek, and hip, very reminiscent of a dime store detective novel or a film noir. Each episode is rather neatly contained in a jazzy, action-filled romp, even though the mecha battles do seem somewhat out of place in this angular, throwback world. The first time Big O appears, the first question that came to my mind being a first time viewer of the series was, “why are they ruining this mood with the unnecessary mecha element?” But one gets used to it rather quickly and the styling of the Big O and further so-called megadeuses that appear melds with the atmosphere. The season ends with an open-ended cliffhanger that is less than satisfying. Thankfully, we have both seasons packaged together here, so we don’t have to wait the four years this originally took.

Season two’s production involved not only the original Sunrise team, but also Cartoon Network and switched from cel animation to digital animation. This switch was jarring to me whilst binge viewing the series. I know that some people found season two’s animation to be superior to the first season, but I will be a standout and say I found the opposite. I quite liked the look of season one and found season two to be average and too blocky.

As far as the story goes, the second season reintroduced the main characters, but starts off with Roger Smith first apparently waking in a Paradigm City from before its memories were mysteriously wiped out. He doesn’t remember who he was in season one – now he’s a nobody. This is quickly addressed, Dorothy returns, and it’s back to business as usual, sort of. Roger Smith is never quite the same hip, freewheeling Roger Smith in this second season, even as the season begins to untangle the story behind what happened to the memories of Paradigm City. The plot is promising, but it hurtled towards yet another perplexing, frustrating ending that was either a major miscalculation at making a play to get picked up for a third season or very poor artistic intent.

In the end, however, one cannot argue about the overall strengths of The Big O, minor faults aside. The collection of characters, music, eye-catching artwork, and the allusions to multiple genres is not just an otaku’s paradise, but great fun for anyone who is a fan of pop culture. 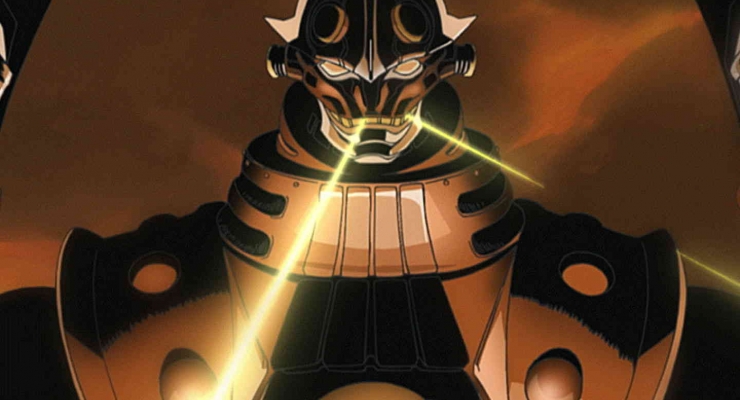 The Big O arrives on Blu-ray in an AVC 1080p transfer framed at the original 1.33:1 aspect ratio. The first 13-episodes of season one, animated on film, look crisp and show a bit of source damage here and there, but is generally pleasing given its 1999 vintage. That said, I did see just a little hint of haloing around the line art in some spots indicating some sort of small amounts of edge enhancement being applied. Colors looked good although some dark areas show a little washout. Season 2 jumps to a digital animation and when binge viewing this series it looks quite jarring. That said, the transfer looks solid, though obviously not ‘HD’ in the contemporary sense. Still, despite a bit of smoothness, it looks very good for an upscaled SD digital production.

One can really get into the lossless DTS-HD Master Audio 2.0 stereo tracks for The Big O that offer a lot breathing room for the magnificent score by Sahashi Toshihiko as well as the various sound effects for the over-the-top robot battles. Dialogue is clean for both English and Japanese tracks and both casts do a bang-up job portraying the characters. The Japanese dialogue sounds is a little louder and fuller than the English dialogue.

The interview segment is the most interesting viewing included here.

With all the live action remakes of anime series being done these days, it’s interesting that this one hasn’t been tackled. The noir elements would make for fantastic visuals as would the hip and gritty and dialogue. This is a series that should be in everyone’s collection, despite some minor flaws.