The Book of Eli Blu-ray Review 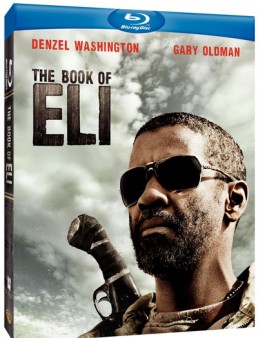 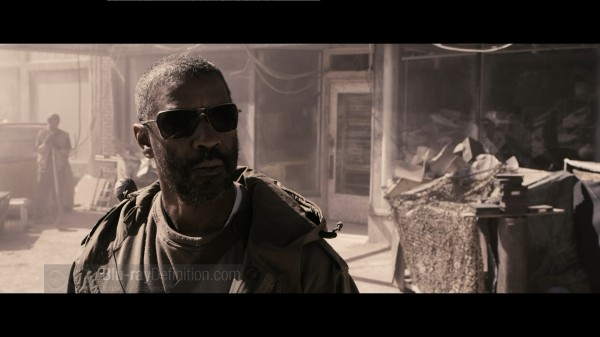 Directing team the Hughes brothers (Menace II Society; From Hell) return with this post apocalyptic spiritual action drama starring Denzel Washington as a journeyman prophet with unflinching faith and the task to protect an important book some thirty-years after a devastating world war.

The Hughes’ direction and Gary Whitta’s screenplay try hard to create a poignant modern parable on faith in the action drama, adding a twist to these dystopian dramas that we have seen so many of, but the film ultimately devolves into a typical tale of good versus evil, even with bad guys dressed in black, courtesy of Gary Oldman’s Carnegie character and his group of minions out to posses Eli’s book in order to use its contents to control the populace of the towns he plans to build and lead.

Washington is always charismatic and riveting to watch, even when the material is not always up the task, as is The Book of Eli. Although his eponymous character’s moving faith and stoicism make The Book of Eli interesting to watch, its ending feels like trite religious pandering of a familiar nature, and his traveling companion in Mila Kunis’ Solara, who helps lead him out of his solitary existence toward friendship, is a device often seen in these sorts of films.

Ultimately, Washington, Oldman, and even Kunis put in solid efforts in a film that sometimes rises to an exiting level, but mostly stays in the mundane. It is easy to watch, and good entertainment, but its promise is so much more than its execution. 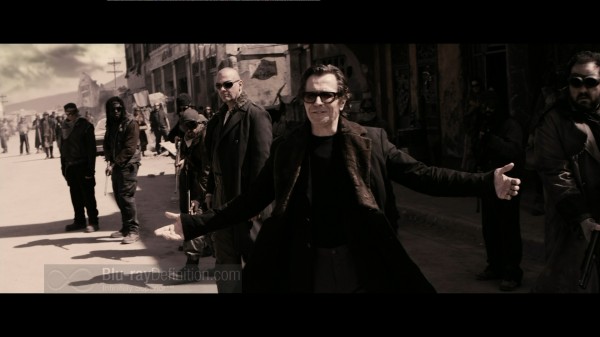 The Book of Eli appears in a 2.40:1 VC-1 1080p/24 encoding on Blu-ray. The film has a muted color palette with lots of earth tones and purposely blown out contrast levels. Despite the lackluster colors and bleached whites, The Book of Eli looks clean and detailed. There’s a thin layer of grain that keeps everything film-like. Black levels are dark and deep with nicely extended shadow details. 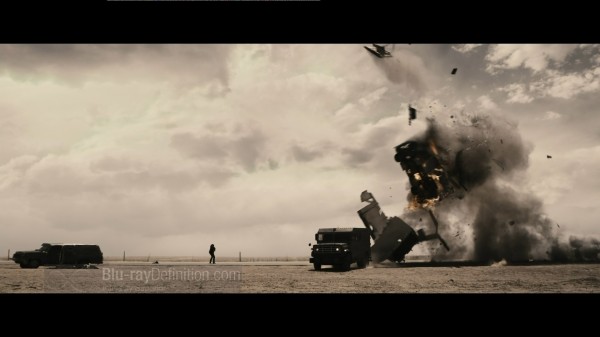 The English DTS-HD Master Audio 5.1 soundtrack is mildly aggressive. The surround channels are not always fully engaged, but during the more active sequences the come alive with discrete sounds that engulf the listener. The dialogue is clear and intelligible and the sound as a decent balance between the ambience, sound effects, and the film’s atmospheric score. The surround channels are sometimes just a bit too silent, but overall it’s a good mix with deep low frequencies and smooth high frequencies. 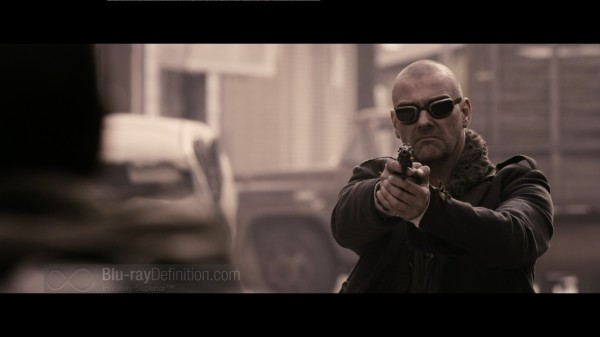 All of the video supplements on the Blu-ray are in 1080p and additionally Warner have provided BonusView picture-in-picture video content as well. It’s a good amount of value added content that is great for one or two viewings and offers some extra time with the film’s stars and creators. 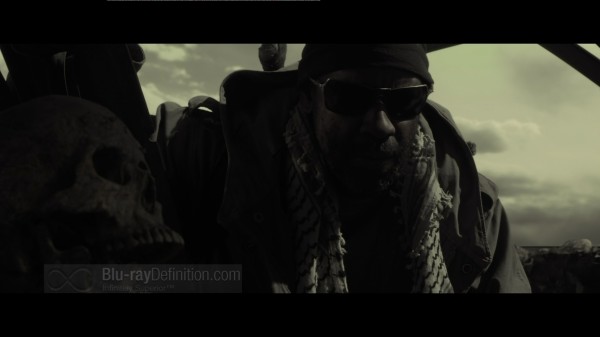 The Book of Eli arrives with a solid effort on Blu-ray from Warner Home Video. It has a strong video encoding and good lossless audio mix, but this film may be better as a rental than a purchase. 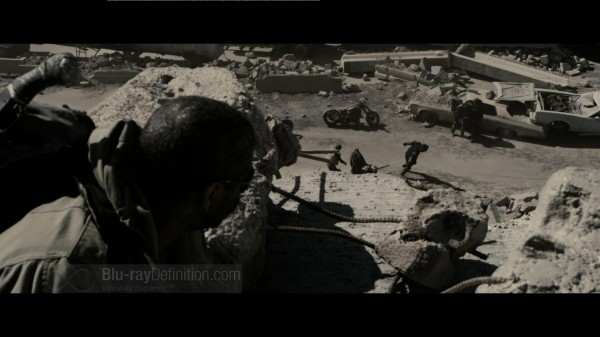 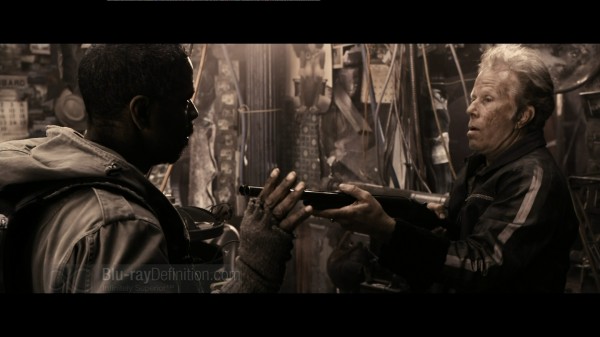 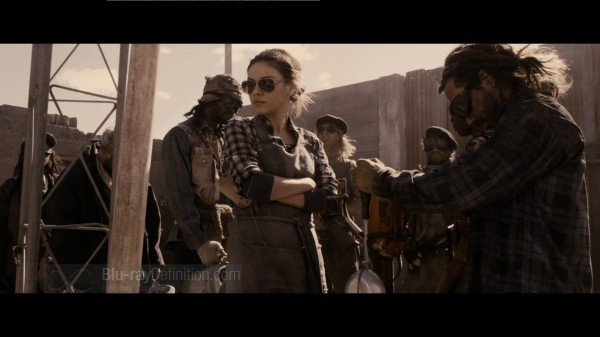 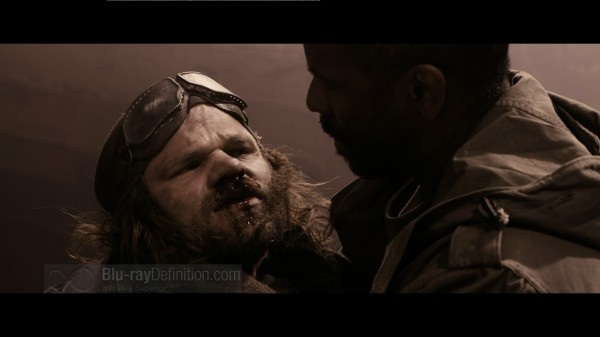 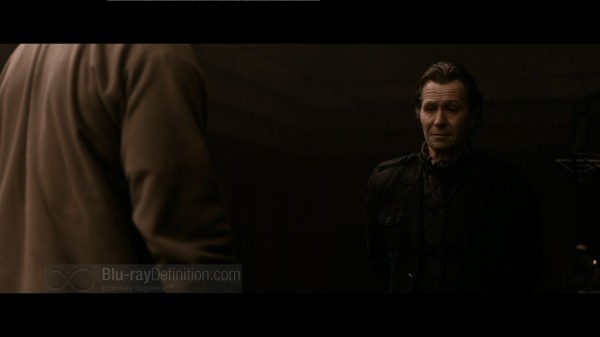 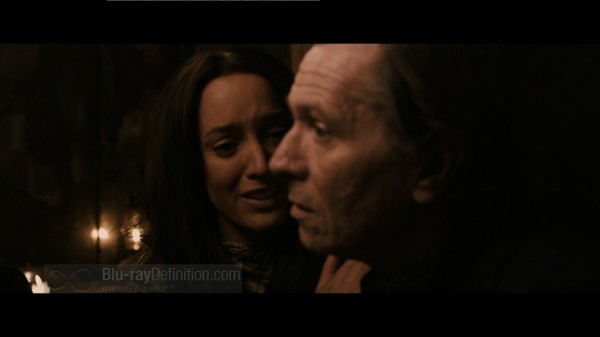 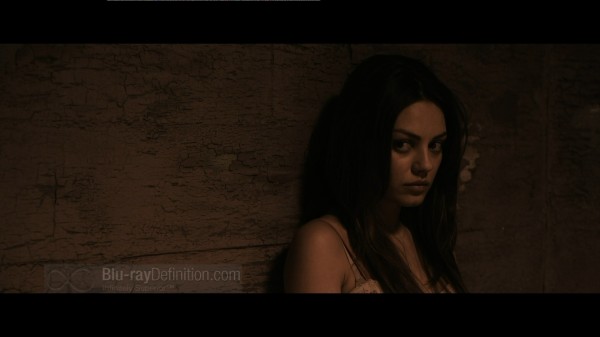 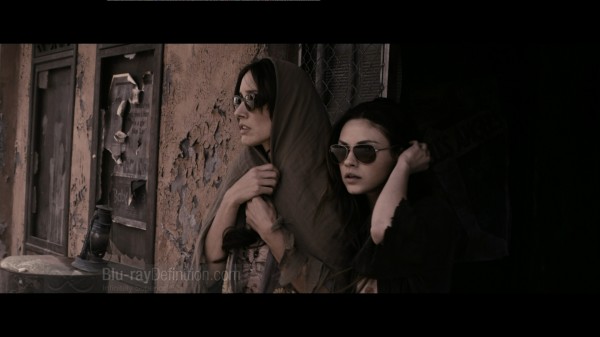 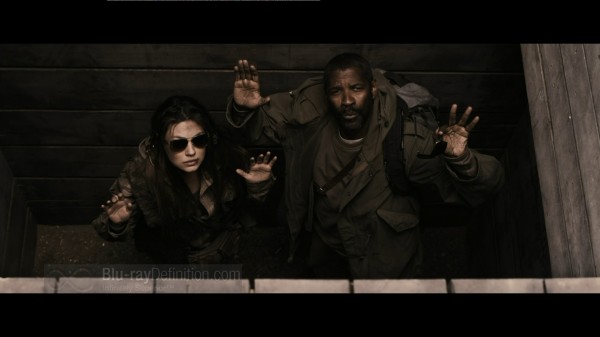 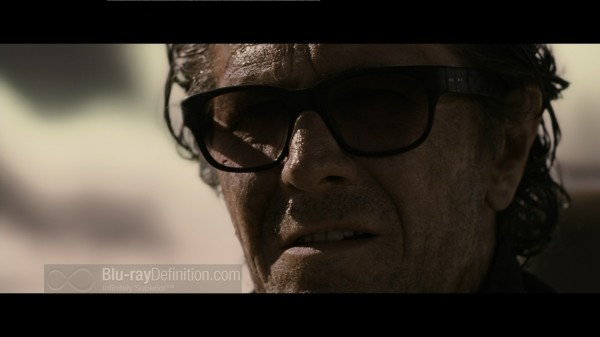