The Chronicles of Narnia: The Voyage of the Dawn Treader Blu-ray Review 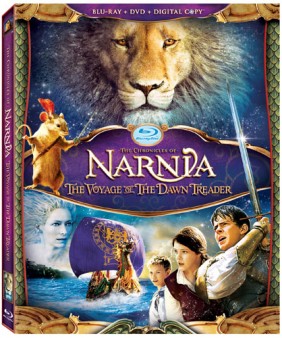 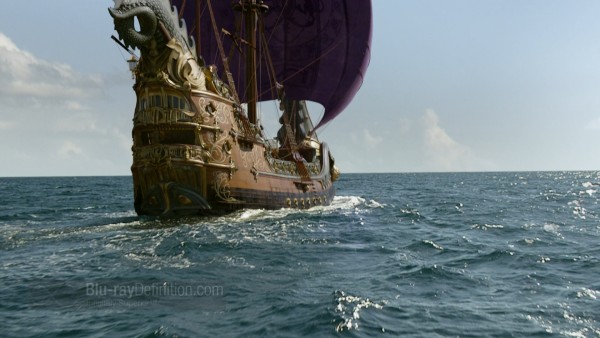 There’s a reason why C.S. Lewis’ The Lion, The Witch, and the Wardrobe has been done more times than any of his other Narnia books and that is because it is the most well thought out, firmly structured of the stories and things actually happen. After that it’s pretty much all average, Beatrix Potter imitations where very little occurs weighed down even more by Lewis’ heavy-handed religious inclinations. If Narnia was Lewis’ answer to his friend Tolkien’s fantasy trilogy, The Lord of the Rings, then Lewis came up short.

The Voyage of the Dawn Treader, like the previous story in the series, Prince Caspian, is lacking in activity, so, really, a lot must be said for the filmmakers, in this case director Michael Apted and screenwriters Christopher Markus, Stephen McFeely, and Michael Petroni, for turning a rather short novella where not much really happens into a reasonably watchable fantasy film. Admittedly, The Voyage of the Dawn Treader may have been even easier to handle than Prince Caspian in that regard, which, if you read the book, is basically three hours of walking through the woods.

In Voyage of the Dawn Treader, the two younger Pevensie children Lucy (Georgie Henley) and Edmund (Skandar Keynes) return to the magical land of Narnia through a painting in their aunt and uncle’s house along with their geeky, obnoxious cousin Eustace Scrubb (Will Poulter). They are rescued from the sea by King Caspian (Ben Barnes) upon his ship the Dawn Treader, where they quickly learn that Narnia is once again facing an evil that must be conquered. The Dawn Treader must set out on an adventure across the treacherous seas to find the 7 swords of the lost Lords of Narnia, banished by Caspian’s father the late King Miraz and place them on the table on the mighty talking lion Aslan in order to save the realm from the creeping evil.

The film suffers from a general sense of confusion, a lack of a tangible villain, and, once again, not much in the way of any action. There is an epic sea serpent battle near the end of the film and some stunning visual effects, but Voyage of the Dawn Treader feels dull and burdensome, particularly with the constant references to “having faith” and Aslan’s “I am known by another name in your world” speech. 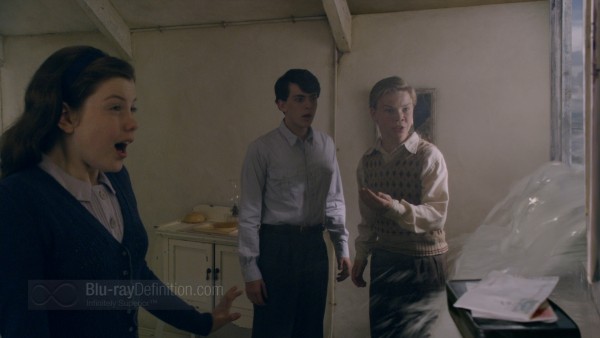 The Voyage of the Dawn Treader was captured in high definition on a Sony CineAlta F23 camera and it comes to Blu-ray in a progressive, 1080p/24 AVC/MPEG-4 transfer from 20th Century Fox. The image looks about as perfect as you can get. It has beautiful color reproduction, sharp details that extend well into the background, deep, inky blacks that show little crush and extended shadow delineation. Flesh tones are natural while white balance and contrast are strong without clipping. What little video noise there is looks very much like a thin layer of film grain rather than anything electronic. 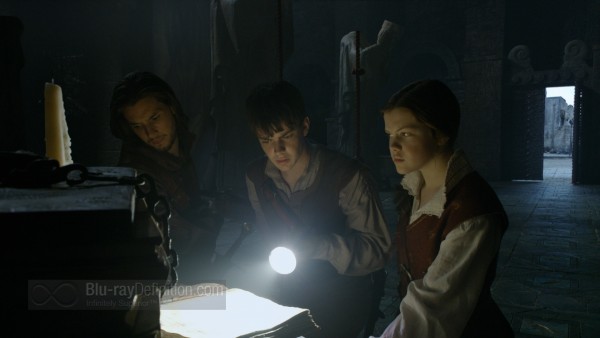 Audio is exactly what you’d expect from a fantasy film like this – it’s big and active with lots of motion, heavily active surround channels and deep, resonant low frequencies. High frequencies are just right as well, never becoming fatiguing while the dialogue is naturally balanced into the mix and never lost. The overall mix is evenly balanced and tightly held together by a generous amount of ambience. 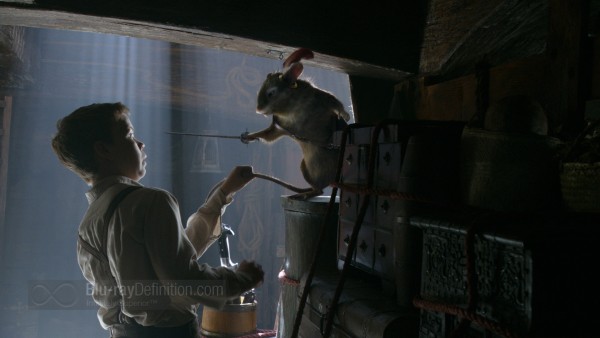 If the various places, characters and subplots of Narnia are a bit confusing then the various snippets in the supplemental area explaining the different places and characters should help you out a lot. 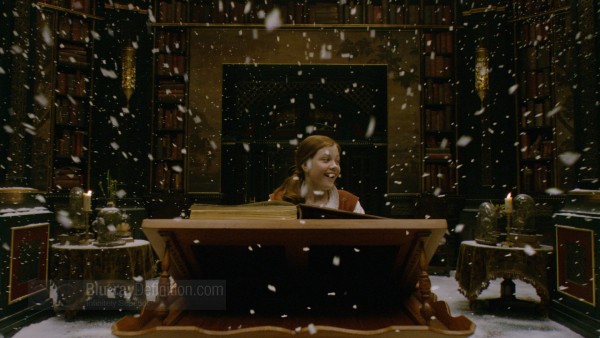 The Voyage of the Dawn Treader looks and sounds absolutely wonderful on Blu-ray offering a real home theatre spectacle for the entire family, but as for the content, this story can’t reach the level of The Lion, The Witch, and The Wardrobe. From this point on, they are drilling the depths of a dry well as far as Lewis’ material is concerned. Don’t expect any further films in the Narnia series to blow you away. Rent it. 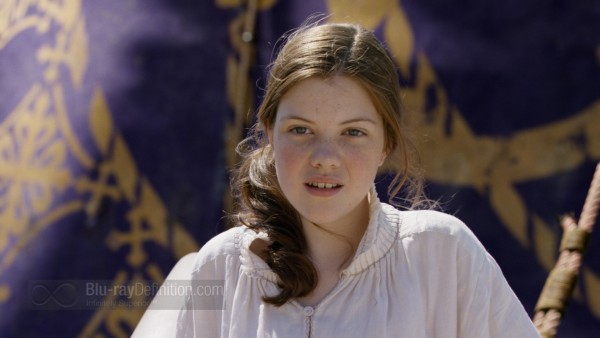 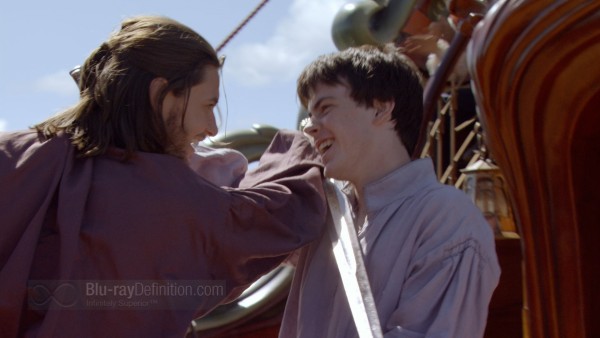 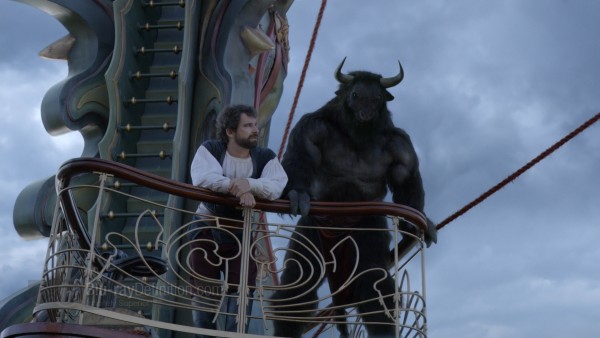 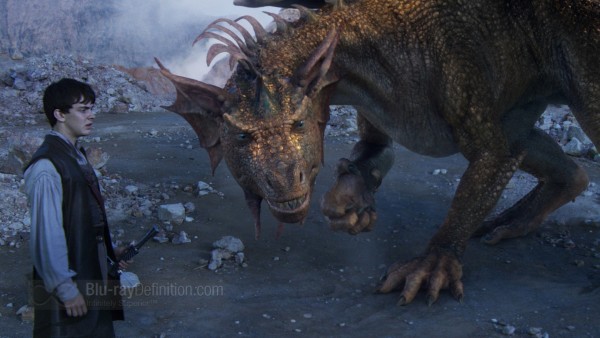 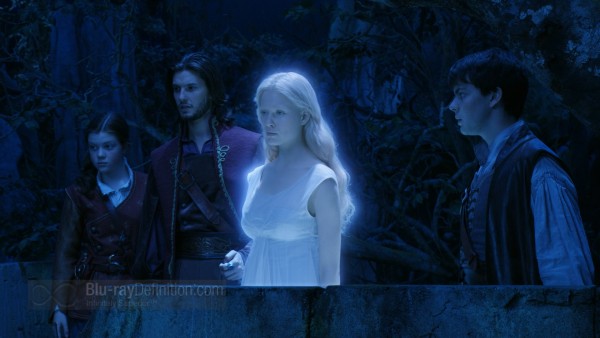