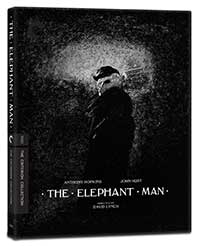 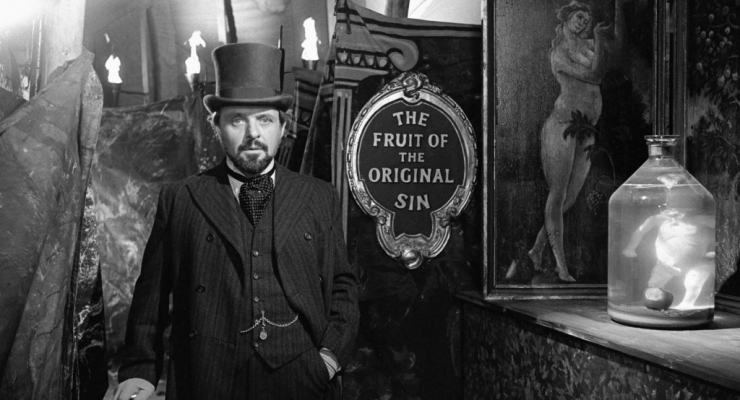 Criterion Collection once again offer up a brand new 4K restoration of a film on Blu-ray only, falling behind other boutique labels such as Arrow and StudioCanal, the latter of which carried out the restoration on this film under the direction of David Lynch and have released it in the UK as a true 4K release with Dolby Vision HDR.

This Criterion Blu-ray comes from that restoration, which was taken from scans of the original 35mm camera negatives made at Silver Salt Restoration in London. The restoration was undertaken at L’Immagine Ritrovata in Bologna and David Lynch himself closely oversaw the new color correction with George Koran at FotoKem in Burbank, California.

On this Blu-ray, the film is presented in its original 2.35:1 aspect ratio in an AVC 1080p encodement. The film grain looks organic, not too overwhelming, but very crisp, and detail is just about flawless. The contrast is good but having seen the 4K disc with Dolby Vision from StudioCanal, there is a big drop in contrast here and the blacks definitely lose a lot of their inkiness and the whites lose their ultra-vividness. The end result is the Blu-ray release doesn’t quite have the same noir visual appeal of the 4K and looks more greyish. That said, it does have more detail in the backs and shadows, showing more clearly the lapels and the pinstripes on Anthony Hopkins’ suit, for instance, whereas in the 4K DolbyVision some of these finer details crush out a bit, especially in the darkest scenes.

The original stereo audio mix of the film is presented in LPCM 2.0. A brand new ingest of the film’s original magnetic printmaster was done by StudioCanal in 2019. Digital restoration of the track was done to repair punch-in and clipping artifacts as well as unbalanced channel signal and dropouts. David Lynch reviewed the entire soundtrack at his Asymmetrical Studio and added equalization to extended bass in certain scenes to match the presentation as closely as possible.

The sound is just shy of magical, with incredible stereo imaging, extended low range despite only being 2.0, and excellent midrange punch and clarity.

While this does not reach the level of included bonus materials and packaging of the StudioCanal release from the UK, this Criterion Collection release is nevertheless packed with fantastic bonus materials in a beautiful digipack and slipcase. The interviews and featurettes are not to be missed. Also of interest is the historic letter from 1886.

The Elephant Man looks and sounds brilliant in this Criterion Collection release. If you don’t have, don’t want, or can’t obtain the superior 4K release from StudioCanal in the UK – where this release is taken from – then you will be very happy with this feature-rich, reference quality BD. That said, Criterion needs to step it up and start offering 4K. The time has arrived.

The Elephant Man is out on Blu-ray September 29, 2020 from the Criterion Collection