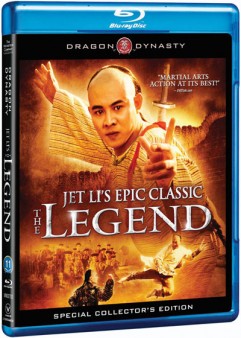 Purchase The Legend on Blu-ray at CD Universe 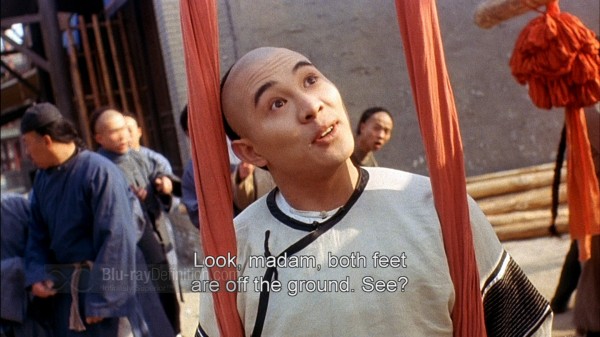 Corey Yuen has choreographed many big Hollywood films, from The Transporter to the X-Men, so it is no wonder that his 1993 Jet Li film The Legend (full name, The Legend of Fong Sai Yuk) features some of the most spectacular martial arts sequences set to film, never mind the fact that you can clearly see the wire used to accomplish some of the more acrobatic feats.

The Legend also allows Jet Li to stretch his acting legs a bit, showing off not only his martial arts skills, but also his comedic talents. The Legend could easily have been a film written for Li’s main Hong Kong cinema competitor, Jackie Chan.

In The Legend, Jet Li plays the titular character Fong Sai Yuk, a martial arts master who learned his skills from his equally talented mother. All throughout Canton Sai Yuk’s kung fu is known to be unbeatable and his mom’s (played by the excellent Josephine Siao) is rather heralded as well. The two of them are always more than willing to show off their skills. The easy going Sai Yuk becomes involved with a government official’s daughter during a competition, which leads to some fine comedic moments, particularly when Sai Yuk chooses the young lady as a teammate during a relay competition. Of course, she can’t run very well, but with Sai Yuk as the anchor, the medal is in the bag. Afterward, the two part ways, and Sai Yuk is carted off to jail by the police for fighting with a group of men who were harassing the young lady.

Then, young lady’s, whose name is Ting Ting (Michelle Reis), father, Tiger Lui (Sung Young Chen) holds a competition challenging all the men in Canton to defeat his wife in a kung fu battle to win his daughter’s hand in marriage. Immediately Sai Yuk runs to the challenge, not realizing that the girl is the same young lady he’d met previously and fallen for. The battle is intense, as it turns out Tiger Lui’s wife is not too shabby at kung fu herself. They battle high over the crowd on wooden beams, even on the spectator’s heads. Eventually, Fai Suk’s mother gets involved, disguised as his brother Tai Suk.

What follows from there, is a case of mistaken identities and political intrigue as Sai Yuk, his mother, and their father become involved in a rebel resistance group against a governor. Sai Yuk must save his father and win the hand of the woman he loves all while he becomes the legend of the people of Canton. 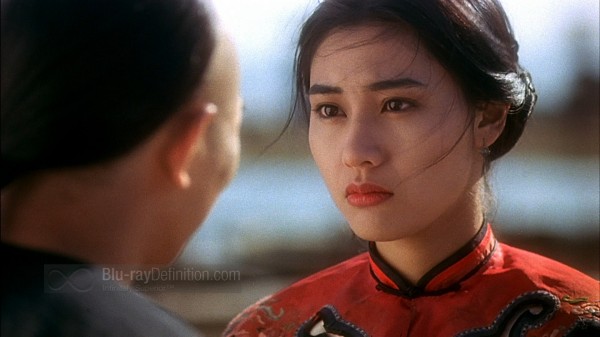 The 1.78:1 AVC/MPEG-4 1080p encoding of The Legend maintains a film-like appearance in its transfer to Blu-ray, but the 1993 film hardly looks spectacular in this high definition release. Granted, some issues, such as out-of-focus scenes and high amounts of grain in certain areas have a lot to do with the production, but there are also issues with source damage like scratches, dirt, dust, and hairs that could have been touched up a bit. The film looks like it was just slapped on there — issues be damned. The transfer is also pushing the limits a bit, with some areas of grain looking a bit more like video noise than actual film grain. With that being said, there is still enough detail in the image to expose the wires used in many of those acrobatic martial arts scenes, so there is something to be said for that. 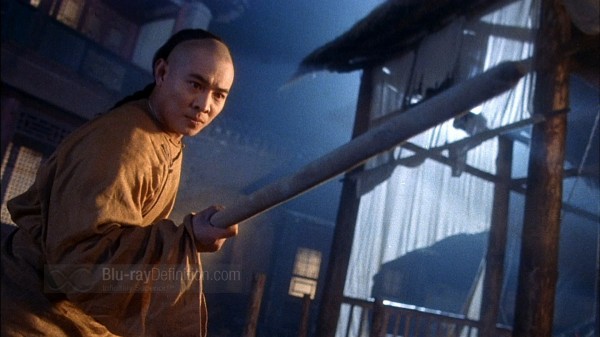 A rather unremarkable Cantonese Dolby Digital 2.0 (448kbps) soundtrack is provided on The Legend. Sound effects sound less than realistic, dialogue is dull, and there is some obvious clipping in places. Don’t expect this to move anywhere near the top of your pile as a showcase piece for your home theatre system anytime soon.

There’s also an English Dub in Dolby Digital 5.1 available on the disc. 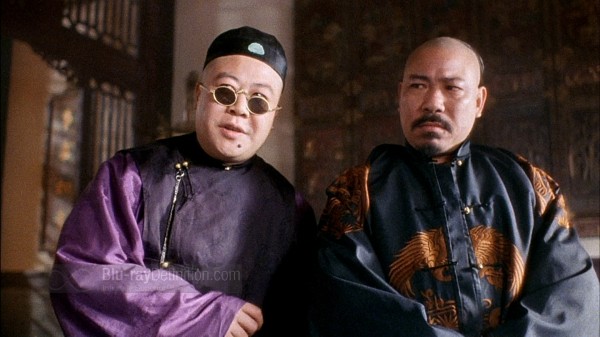 Extras are thin on this release of The Legend, but the audio commentary that is provided is one of the better ones for a Blu-ray release. 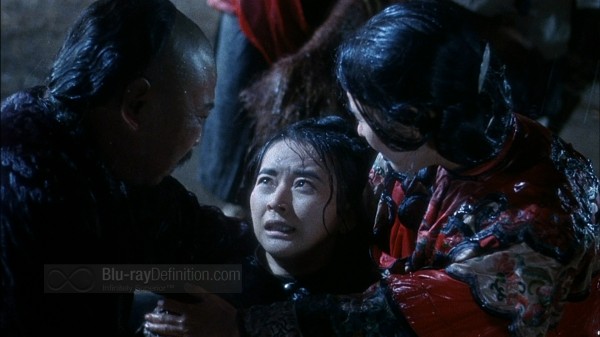 Acrobatic wirework, comedy and romance make The Legend of Fong Sai Yuk one of the better Hong Kong films from the early-90’s. This is a young Jet Li at his best. If you’re willing to overlook the visible wires and the poor picture quality, then pick this disc up, otherwise leave it alone or make it a rental-only option.

Purchase The Legend on Blu-ray at CD Universe