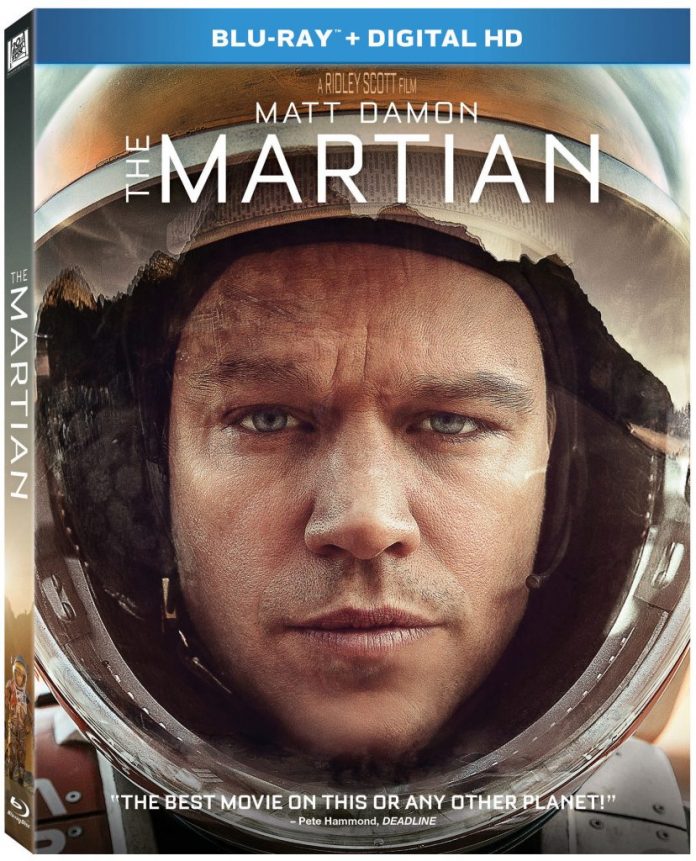 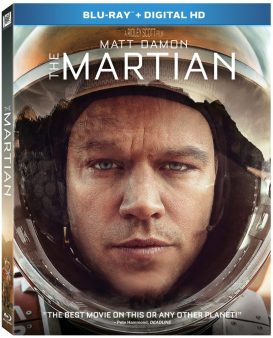 I find Hollywood’s recent fascination with this particular genre of sci-fi, space travel survival dramas quite fascinating. It started with the excellent Gravity, continued with Interstellar, and now carries on again with Ridley Scott’s The Martian, starring Matt Damon. Each of these films has a common theme, with perhaps the exception of Gravity, they all involve humanity sending manned missions on long distances into space, and they all involve unexpected life-threatening challenges that must be overcome. In The Martian, that challenge is a sudden storm, stronger than previously predicted, on Mars faced by the Ares III manned expedition that causes the team to have to abandon their mission and head back home. In the course of the evacuation, team member and botanist Mark Watney (Matt Damon) is left behind, thought dead by his fellow team members after being hit by the piece of an antenna that is jarred loose by the heavy winds. But Watney doesn’t die, instead, the antenna part and his blood seal the breach in his space suit and keep him alive, but he is left behind alone on the hostile planet with little resources and no way to communicate with Earth. Watney must use his cleverness to figure out a way to stretch the rations left behind, grow himself a sustainable food source, and figure out how to send a signal back to Earth to let people know he’s still alive. Can he survive with the next Mars mission not scheduled to survive for another four years? Or can he get a signal back to Earth and have them figure out a way to save him sooner before his food and water runs out?

Ridley Scott’s film leans more toward sci-fi than Gravity, being that manned missions to Mars are still off in the distance, so to speak, as opposed to orbiting the Earth on a space station or in a shuttle, which was the focus of Gravity. Compared to Interstellar’s more philosophical bent, it is more grounded in the science of the here and now, what is attainable and doable by today’s or soon to be today’s technology and it avoids the mind-bending plot twists that director Christopher Nolan enjoys so much. That said, it is a beautifully done testament to the human will to survive, and Damon does a darn good job as Watney. He’s determined, funny, and also desperate, and it shows in his physicality and his voice.

Aiding The Martian is some magnificent CGI work. The Martian landscape looks so realistic and, well, alien, for lack of a better term, that one truly becomes absorbed in this desolate world despite the lack of other elements to hold our attention, which is another area where Damon’s performance really comes to the fore. He is the focus of the film for much of the time, and he does a great job of it.

Meanwhile, other members of the cast when we do see them, such as NASA back on Earth or the Ares III crew heading back home to Earth, do a an excellent job as well filling in the remaining key moments of the film. Jessica Chastain is a standout as the disco-loving commander of the Ares mission Melissa Lewis and Jeff Daniels is also superb as the overall head of NASA and the mission. Michael Peña, Kristen Wiig, Sean Bean, Kate Mara, and Chiwetel Ejiofor also star.

The Martian was an original 3D production shot on Red Epic Dragon and Red Scarlet Dragon cameras. It’s disappointing that Fox only sent the 2D version on Blu-ray, given how rare it is to see a native 3D live action film. That being said, one cannot complain at all about this AVC/MPEG-4 1080p encodement to Blu-ray. This is the highest level of quality straight through. The image is clean and filmic with a complete absence of compression noise or any digital anomalies such as posterization or color banding. The textures are crisp and colors rich without looking oversaturated. The red surface of Mars against the sometimes red, sometimes bluish sky really pops and contrasts wonderfully with the cooler whites and metallics of the NASA-built habit and vehicles on the planet. Blacks are inky and very “space-like.”

Fox provides The Martian on Blu-ray with a stellar DTS-HD Master Audio 7.1 (48kHz/24-bit) soundtrack that is robust, engulfing, tightly woven and balanced. It is a study in atmosphere, balance, and dynamics, often shifting from the silent vacuum of space to the thunderous sounds of a sudden storm on Mars. It manages to convey fantastic dynamic range and deep low end without being constantly loud and overwhelming. The dialogue is clear without being overwhelmed, except in a few of those moments such as when the Ares team are evacuating Mars during the powerful storm, where the dialogue is purposefully pushed down a little, but still intelligible.

The Martian, perplexingly the Golden Globe winner for Best Comedy or Musical, is definitely a good sci-fi survival drama, despite its Globe honor. Damon puts on one of his best performances since Good Will Hunting, and the Blu-ray is reference quality home theater entertainment.