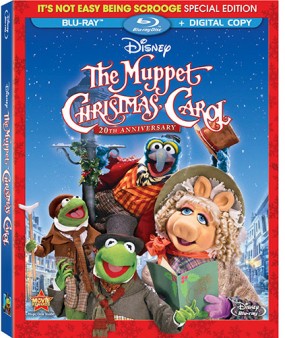 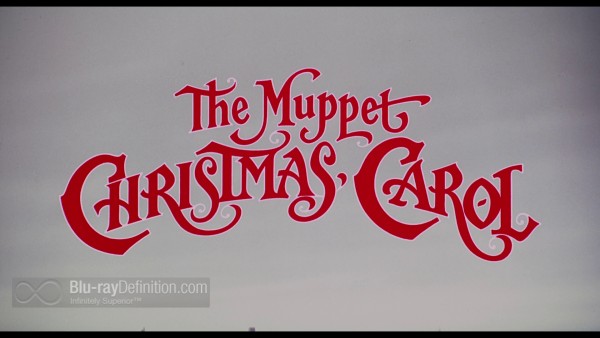 With the recent movie, The Muppets, catapulting these plush family-friendly comedy favorites right back into the spotlight, the time is just right to release this latter-day holiday classic. The Muppet Christmas Carol finds Jim Henson’s creations in a lighthearted rendition of the Charles Dickens classic. Michael Caine plays the curmudgeonly Ebenezer Scrooge with a soft touch and real sense of evolution often lacking in the plodding performances of other actors. Kermit is his assistant Mr. Bob Cratchit, Miss Piggy is Mrs. Cratchit in her usual audacious manner that is perfectly well-suited to the role. Statler and Waldorf are Jacob & Robert Marley, the chain-rattling ghosts that warn Scrooge he must change his ways and their comedy schtick is golden as they frighten Scrooge half to death.

Various gags inserted throughout, including many from Gonzo (as the narrator/Charles Dickens) and Rizzo keep the fare more than light enough for kids of all ages while the musical numbers are instantly memorable, providing lots of fun moments and relief from the otherwise intense moments.

Placed alongside other perennial holiday classics such as the numerous Peanuts specials,  ‘Twas the Night Before Christmas and others, The Muppet Christmas Carol must rank right alongside them as one of the most enjoyable and well done overall. This is a perfect family film to get into the holiday spirit – no pun intended. 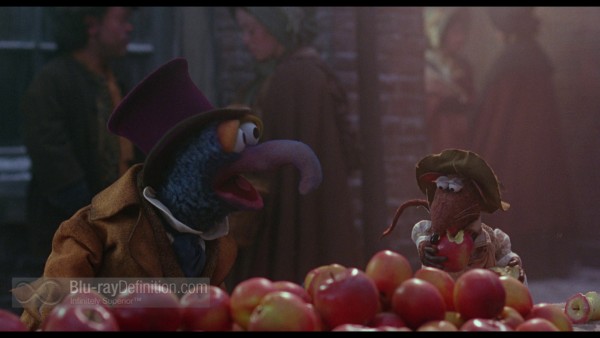 The original 35mm source is granted a decent AVC/MPEG-4 transfer to Blu-ray that looks film-like and contains a rather strong amount of detail. Colors reproduction is strong, but black levels are where the image suffers a bit, at times showing a little bit of crush and other times looking just a tad washed out with some heightened amounts of grain. Otherwise, there is too much to complain about here. The image is rather clean with a natural layer of grain over the image. 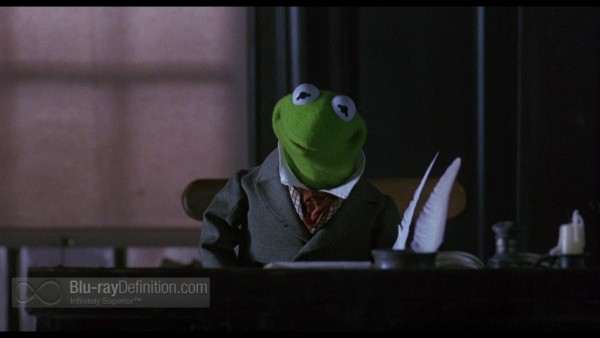 A nicely spruced up DTS-HD Master Audio 5.1 (48kHz/24-bit) mix of the soundtrack is offered. While it hardly qualifies as totally engulfing or aggressive in any way, it has natural dynamics, a good spread of directionality across the front, and more than sufficient ambience in the surround channels. Dialogue is clean and the low frequencies give a good amount of punch. 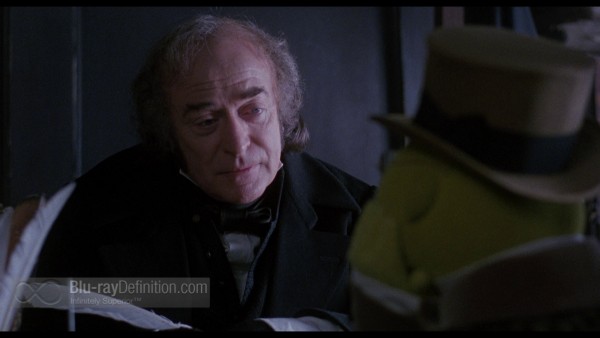 The only thing new on offer here is a new audio commentary featuring Kermit, Rizzo, Gonzo et. al. All other extras are ported over, and video extras are all in standard definition. 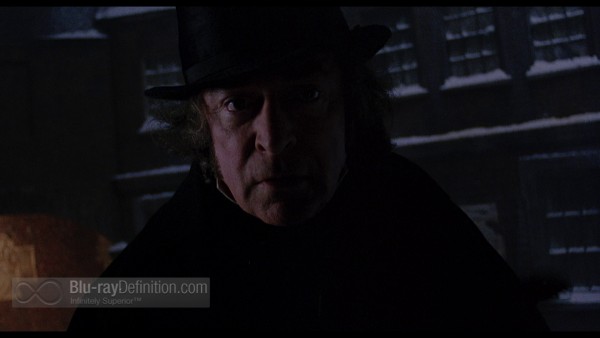 Disney has given The Muppet Christmas Carol a solid transfer to Blu-ray, even though the extras are nothing special at all. Still, this is well worth owning for Muppet fans and for all those who enjoy this beloved film.

Purchase The Muppet Christmas Carol on Blu-ray at CD Universe 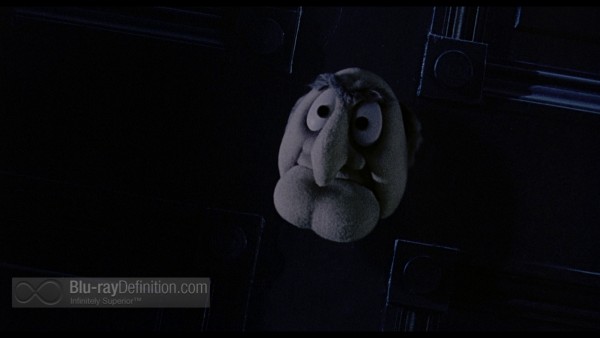 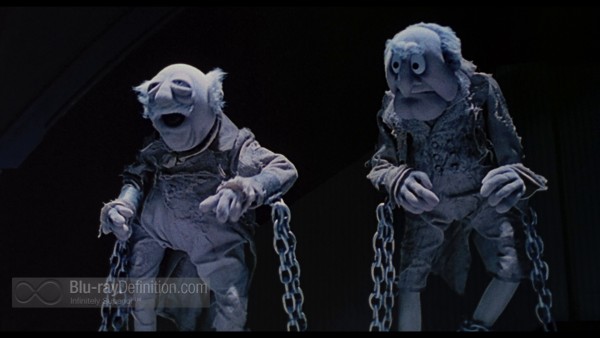 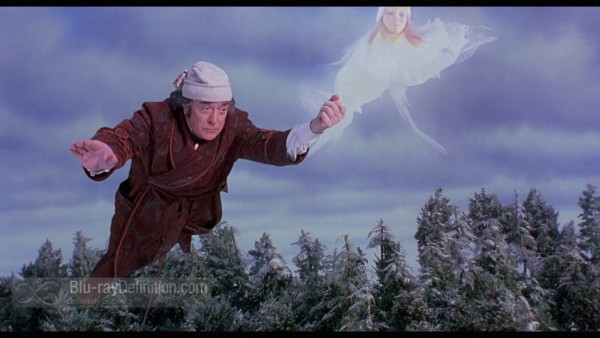 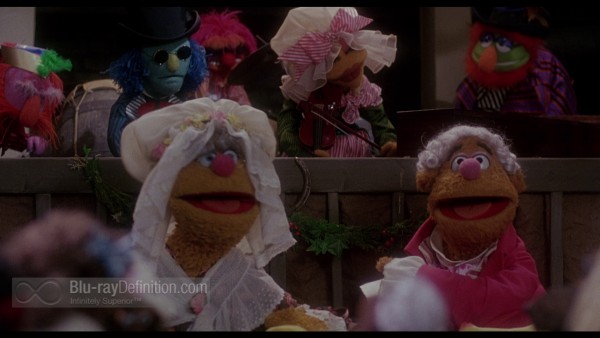 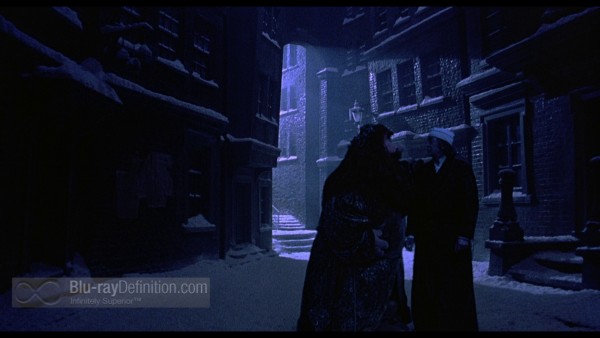 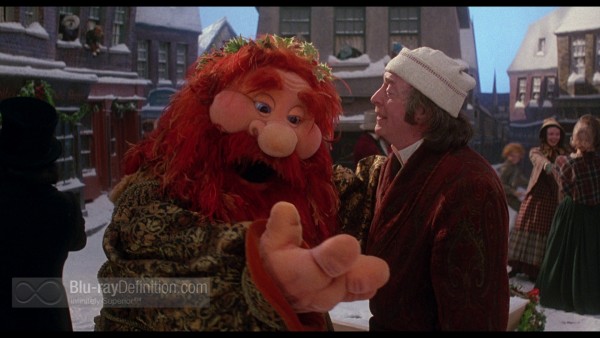 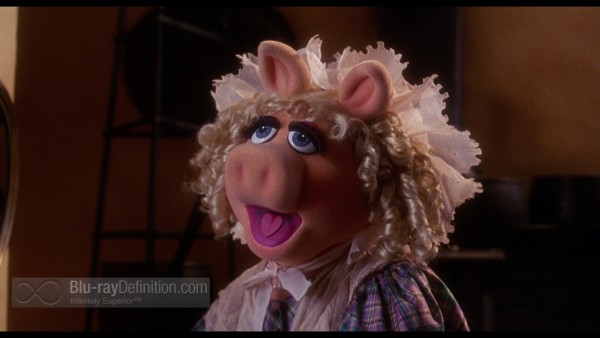 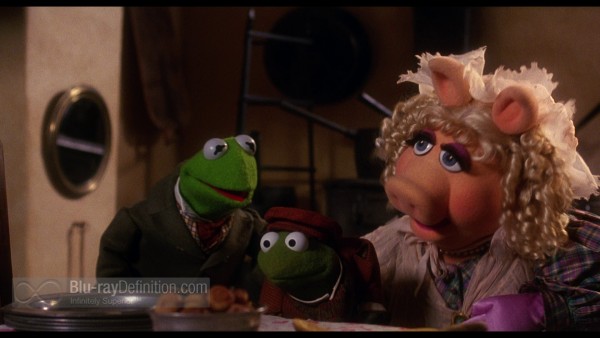 Purchase The Muppet Christmas Carol on Blu-ray at CD Universe