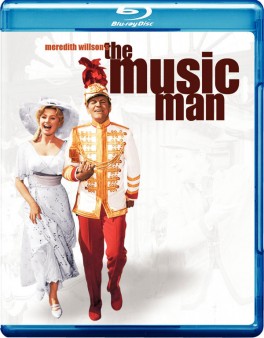 Purchase The Music Man on Blu-ray at CD Universe 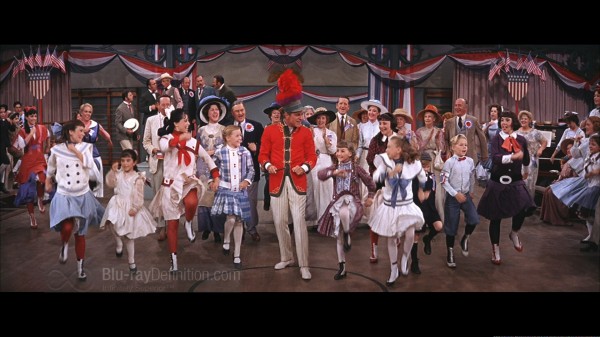 The golden age of the Hollywood musical may have been in the 1940s, but that doesn’t keep 1962’s The Music Man from being just as entertaining as the best of the musicals from two decades earlier. Based on the Meredith Wilson stage musical of the same name, The Music Man stars Robert Preston, Shirley Jones and Buddy Hackett in a fun and memorable big screen musical.

It’s 1910 and traveling salesman and confidence man “Professor” Harold Hill (Preston) swings into River City, Iowa and turns the town upside down. He sets out convincing the townspeople that their youth are in trouble because of the new pool table and the only way to save them is to start a new youth orchestra. The problem is, Hill’s no bandleader and he’s ready leave town as soon as the instruments and uniforms arrive with the town’s money in his pocket. Meanwhile, he’s been charming the town’s skeptical librarian and piano teacher, Marian Paroo (Jones), who at first dislikes him, but once he wins the trust of her mother and little brother (played by a very young Ron Howard) she becomes smitten with the silver-tongued charlatan.

Preston puts forth a great amount of charisma and the chemistry between he and Jones is wonderful while Jones’ portrayal of Marian the Librarian is sugary sweet perfection. The Music Man is filled with memorable tunes, acrobatic lyrics and energetic dance routines. The cinematography, colorful period costumes, and wholesome family entertainment all add up to two hours of thoroughly enjoyable wholesome family entertainment.  They don’t make them like this anymore. 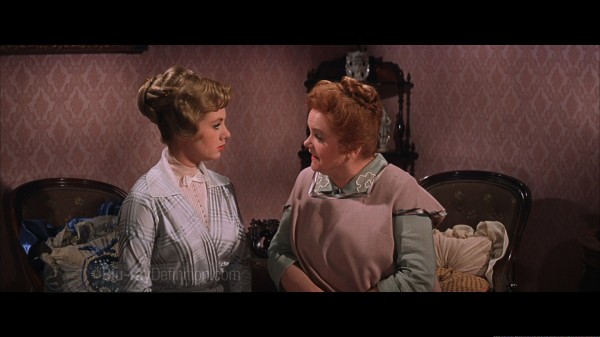 The Music Man has been given a 1080p/24 VC-1 encoding of its 2.40:1 framing on this Blu-ray release from Warner. For a film from 1962, The Music Man’s source looks relatively clean. Source damage and flicker are minimal, film grain and color reproduction are stable and consistent throughout. There are periodic issues with moiré on some of the pinstriped period costumes, but other than that no artifacts were apparent. Shadow detail is strong and blacks are deep. 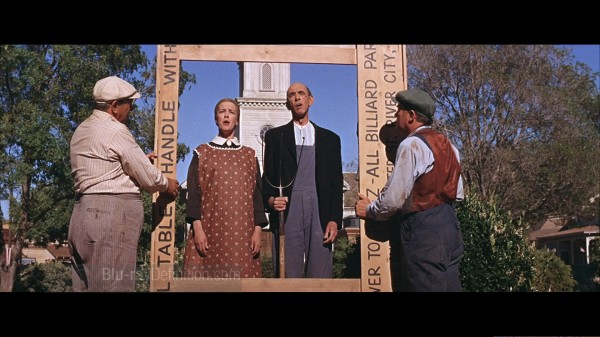 The soundtrack for The Music Man has been given a pleasant upgrade with an English DTS-HD Master Audio 5.1 soundtrack that adds in a good amount of ambience in the surrounds and a nice amount of low frequencies. The soundstage across the front three speakers is wide and there is a good amount of directional activity across the front. Dialogue and vocals are clean and the musical score is dynamic with smooth high frequencies. 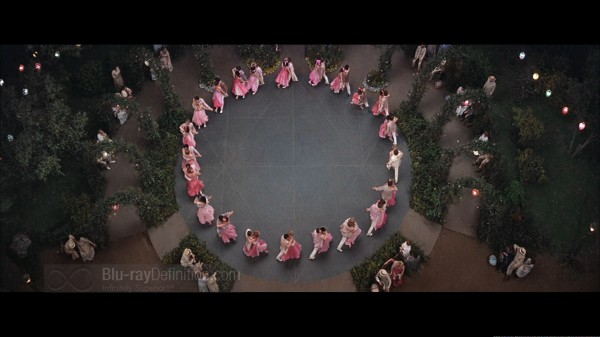 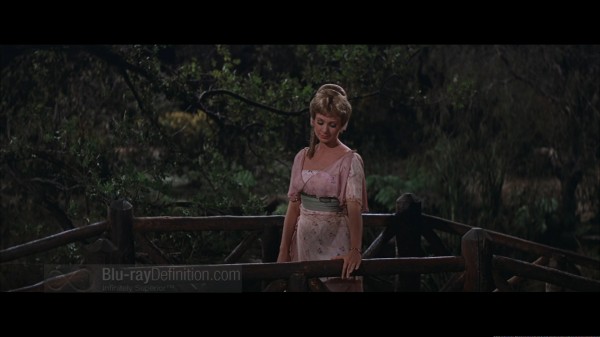 The Music Man is a must-see for anyone who loves musicals. Its memorable songs, energetic choreography and lavish costume designs offer wholesome fun for the whole family while Warner’s Blu-ray release looks  and sounds excellent for a film from 1962. Recommended.

Purchase The Music Man on Blu-ray at CD Universe