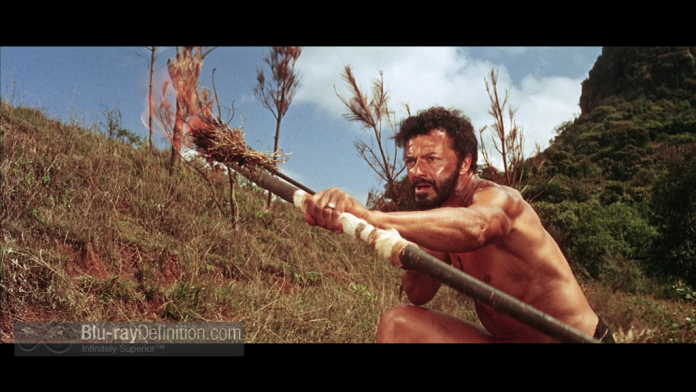 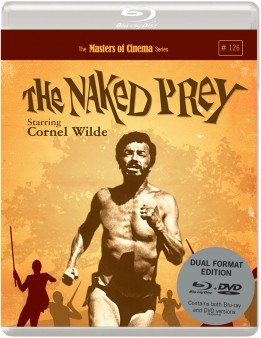 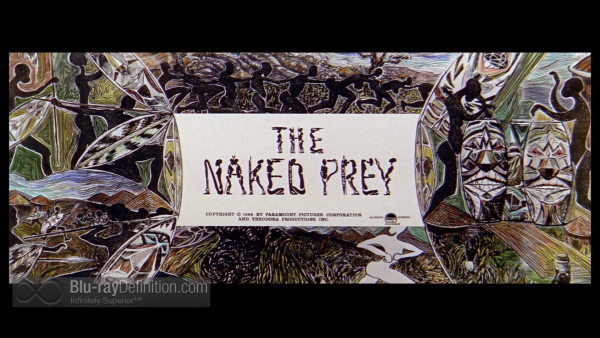 Actor Cornel Wilde turned film auteur with films such as The Devil’s Hairpin and The Sword of Lancelot, the latter being a financial disaster that went way over budget and flopped at the box office. When he wanted to film his next high concept adventure, The Naked Prey, it was a wonder he was still able to find financial backing, but that he did.

Initially, the film was meant to tell the true story of John Colter, a 19th century trapper set loose naked by the Blackfoot indians in Nebraska territory, what is now Montana, and hunted down. Colter would make a grueling and daring escape to safety, feet bloody from the cactus he trampled over along the way. Wilde and his producers were eventually persuaded to transport his story to Africa and shoot in then Apartheid South Africa due to favorable tax breaks, cheap labor, and what was the success of the filming of the film Zulu, also shot in South Africa.

Set in Africa’s colonial period, Wilde portrays an unnamed safari guide (he is simply named “Man” in the script) whose group crosses a local tribe and subsequently insults them. The tribe leader orders an attack, that is one of the most brutal scenes to be put to film. One man is beheaded and the other is encased in mud and then baked over an open flame. This scene was deemed to gruesome by British film censors that it was edited out of the film for its release (it has been restored here). Wilde is the only one left alive, but only to be stripped naked and set free to be hunted down by the tribe. He must now use all of his cunning to try to outwit the tribesmen and survive.

Wilde’s production ran into many problems, the first of them before filming even started. The actor/director got sick and filming had to be delayed. This was a blessing in disguise, because production was going off track just as it was for his previous film The Sword of Lancelot and the person sent to oversee his production by the guarantor was able to organize the set, hire on people that worked on Zulu, and set things in the right direction. Wilde also intended to shoot nature footage that would be included in the film, but since he once gain took ill, that couldn’t happen, so instead stock wildlife footage of varying quality had to be used. The quality is obviously not of the same level as the main film and it does standout. His jarring, and insistent symbolic juxtaposition of this wildlife footage to show a parallel with the bestial nature of humanity is also one of the more pretentious parts of The Naked Prey.

The Naked Prey did run into other criticism, mostly from the Black community. The film was released at the height of the civil rights movement in the 1960s and what many saw as the “savage” portrayal of Black Africans being outwitted by a solitary White man, who was given the name “Man” over everyone else in the film, did not go over well. Black neighborhoods refused to screen the film, and one can only imagine it didn’t go over well that it filmed in Apartheid South Africa either.

Those major controversies aside, The Naked Prey is a successful film in that it does elevate the adventure elements to that of an art. It is beautifully filmed, the African locations certainly helping in that respect, but also Wilde pulls off what is a film mostly devoid of dialogue and makes it very interesting to watch. 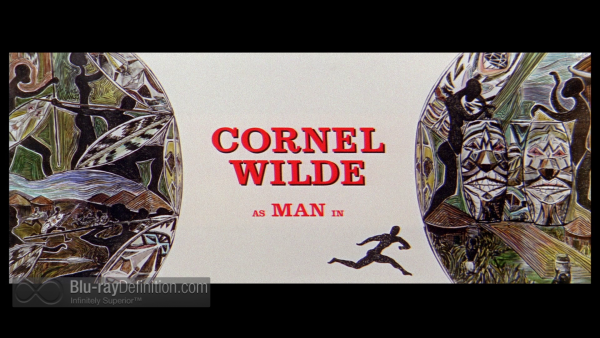 The Naked Prey is offered up in an AVC/MPEG-4 1080p encodement on Blu-ray from the Masters of Cinema series. The film is a very grainy looking film, and the quality does waver given the archival nature footage of various quality and film stocks that mingles with the main footage. That said, the transfer does look natural with very strong saturation, sometimes too strong, and good detail, but grain could be just a little bit more reserved at times. 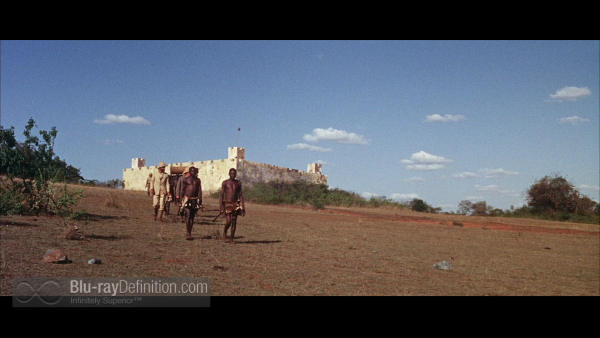 We get the original monaural soundtrack in LPCM 2.0 (48kHz/24-bit). There isn’t much dialogue beyond the opening act, but what little there sounds clean enough, though somewhat thin in comparison to audio of today. The sound effects are just a bit shrill, but the sound is clean enough with little noise like hiss or pops to detract from enjoyment. 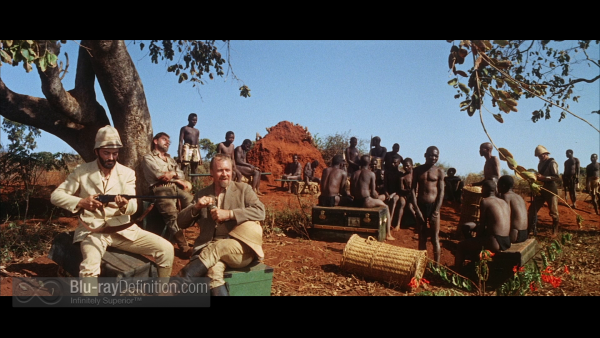 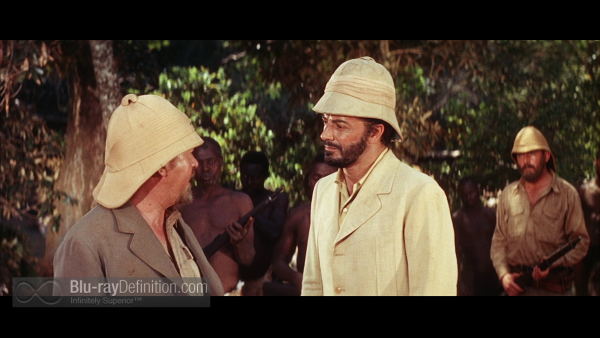 A beautifully filmed, gritty survival film that is elevated beyond the constraints of its genre, The Naked Prey gets a solid release on Blu-ray from the Masters of Cinema series. 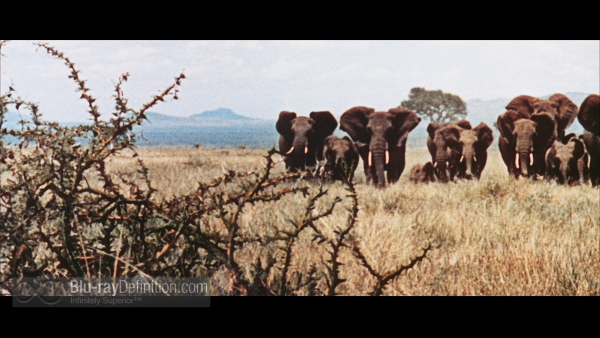 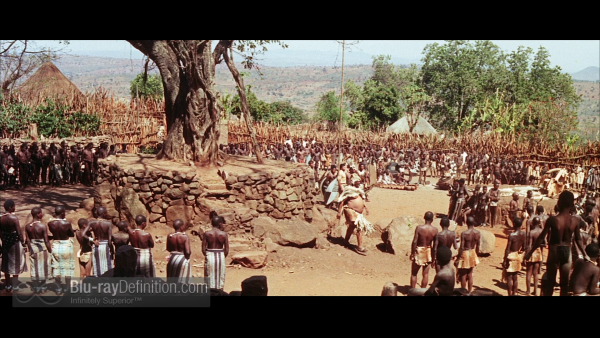 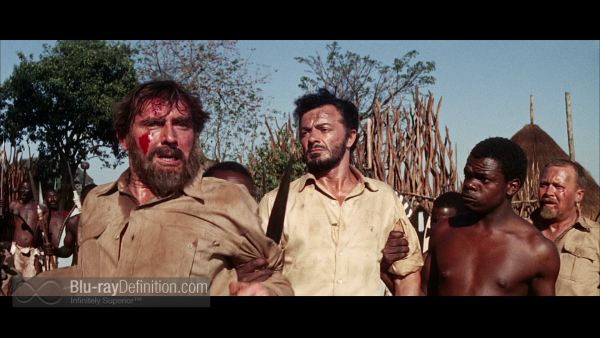 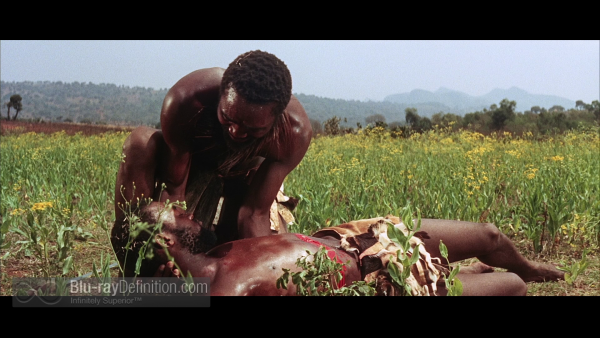 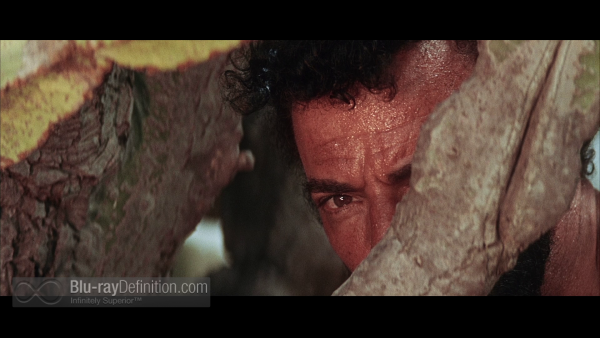 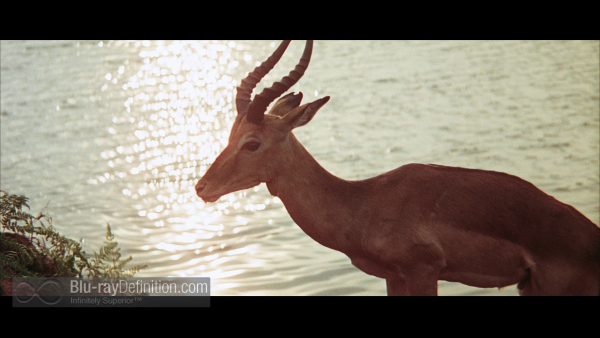 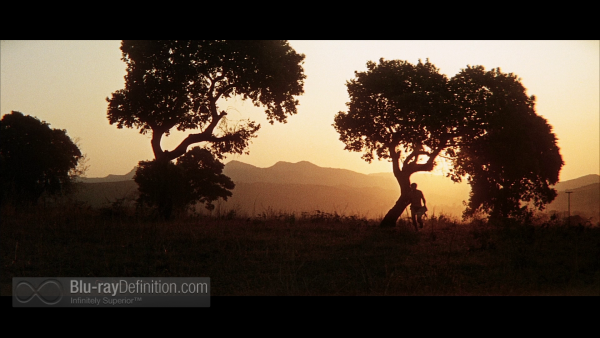 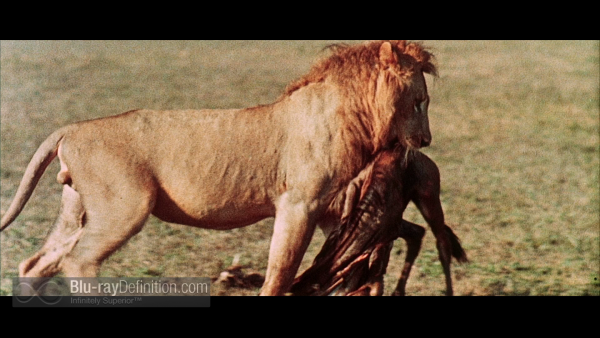 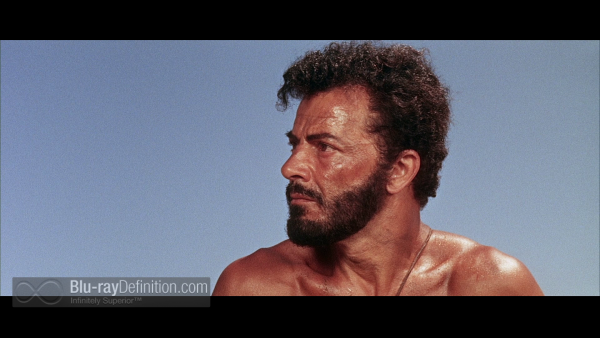 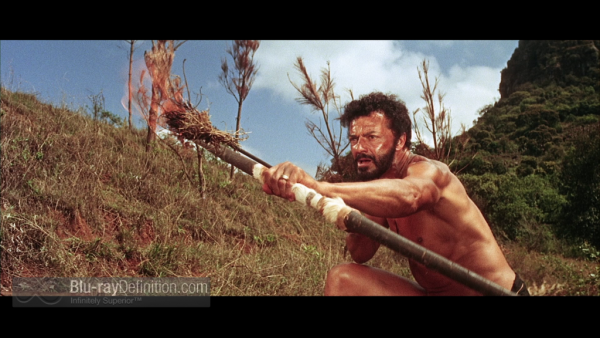 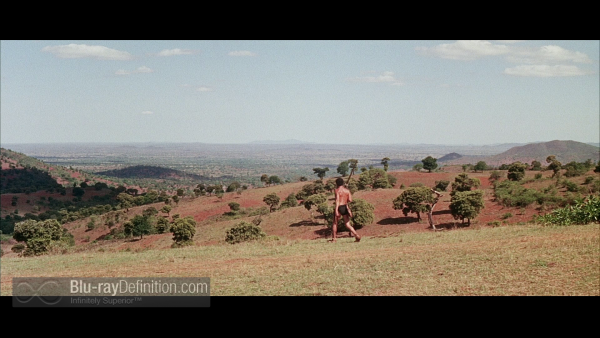 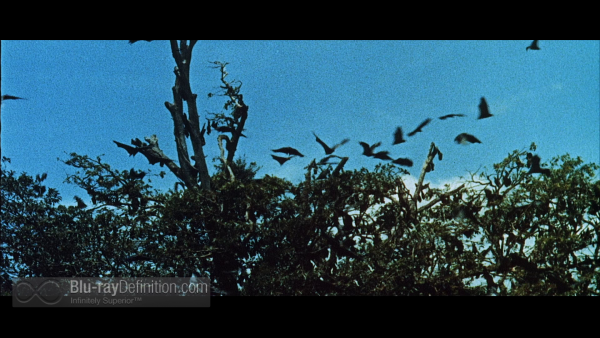 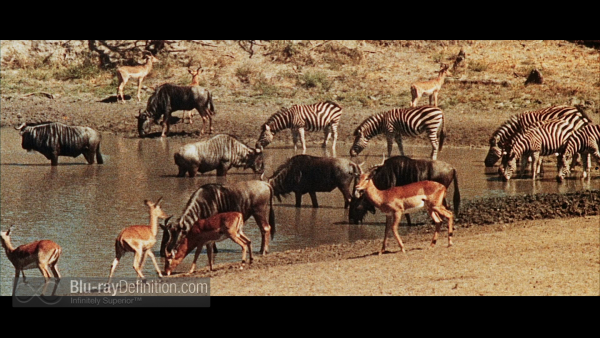 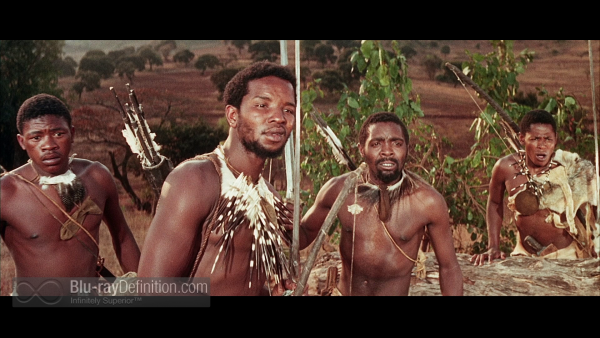 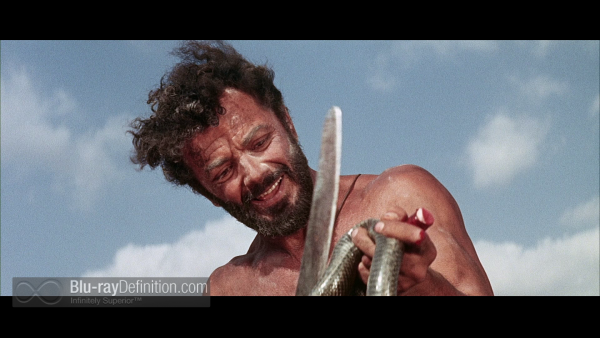