The Story of the Last Chrysanthemum [Criterion Collection] (TheaterByte Blu-ray) 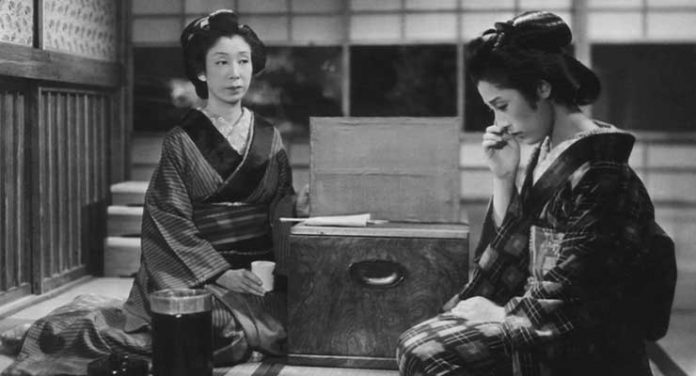 Prolific Japanese auteur Mizoguchi Kenji shot one film in 1939, The Story of the Last Chrysanthemum, but it was to be the first film of the already middle-aged director that he truly believed to be fully in his own style. Like the majority of Mizoguchi’s films, the story involves itself with a tragic and mostly silently suffering woman. Mizoguchi used much of his own life experience in his films, and many of his tragic women were influenced by the experience of his sister’s prostitution.

When Onoue Kikunosuke (Hanayagi Shotaro), the adopted son of a famous kabuki actor, falls for the low-caste Otoku (Mori Kakuko), wet nurse to his infant brother, the two banished lovers make off for a life on their own, Otoku giving up he life to try to help him improve his own talents as an. Their series of decisions eventually lead to tragedy. Mizoguchi’s shooting style for Last Chrysanthemum is one that was heavily influenced by his style as an artist; meticulously framing scenes, long steady distant shots, and continuous horizontal shots that are reminiscent of emakimono or picture scroll art. These would become common traits in his later works and part of the signature Mizoguchi style. 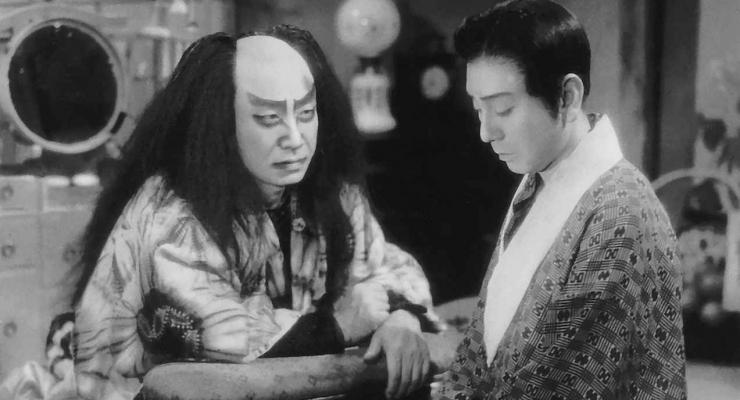 The Story of the Last Chrysanthemum is quite an old film, hailing from 1939 and historically speaking, Japanese films from before the 1960s do not stand up very well. This film is not an exception, but it has been restored in 4K on a Scanity film scanner and restored by Shochiku Co., Ltd., at IMAGICA Corporation in Tokyo. The restoration was undertaken from a 35mm fine-grain positive and a 35mm duplicate negative. The end result is brought to Blu-ray in an AVC 1080p encodement in its original 1.37:1 framing by the Criterion Collection. The film looks quite natural given its age, but it still suffers from a lot of softness and wavering black levels. Contrast isn’t as good as even other black and white films of the same era that have been restored, such as Casablanca just to use one example. Still, I can’t fault the transfer itself in anyway, but the source isn’t going to yield spectacular results.

The original monaural soundtrack was remastered from a 35mm optical soundtrack print and arrives on Blu-ray in LPCM 1.0 (48kHz/24-bit). Just as the video transfer is making the best of a not so great source, so is the audio. This is an example of one the thinnest, boxiest soundtracks I have heard, even in relation to other films of the era. I am not fluent in Japanese by any means, but I watch a lot of Japanese films and anime, so I can pick out many words and phrases that I understand, and with this soundtrack I had a difficult time.

The Phillip Lopate “interview” which is more like a video essay is the only on-disc extra for this release. Even though this is quite barebones for a Criterion release, the Lopate video essay is a must watch, and the written essay from Prof. Dudley Andrew is a must read.

Flowing, romantic, and assured, The Story of the Last Chrysanthemum is a film that shows a filmmaker finally taking the artistic reins of his career and bringing all of his influences together into a cohesive whole. While this new 4K restoration isn’t the greatest looking or sounding restoration of a classic film there is it is still one worth owning.